Read why you can trust our independent reviews
Top Gear Team
Published: 25 May 2021
Skip 16 photos in the image carousel and continue reading 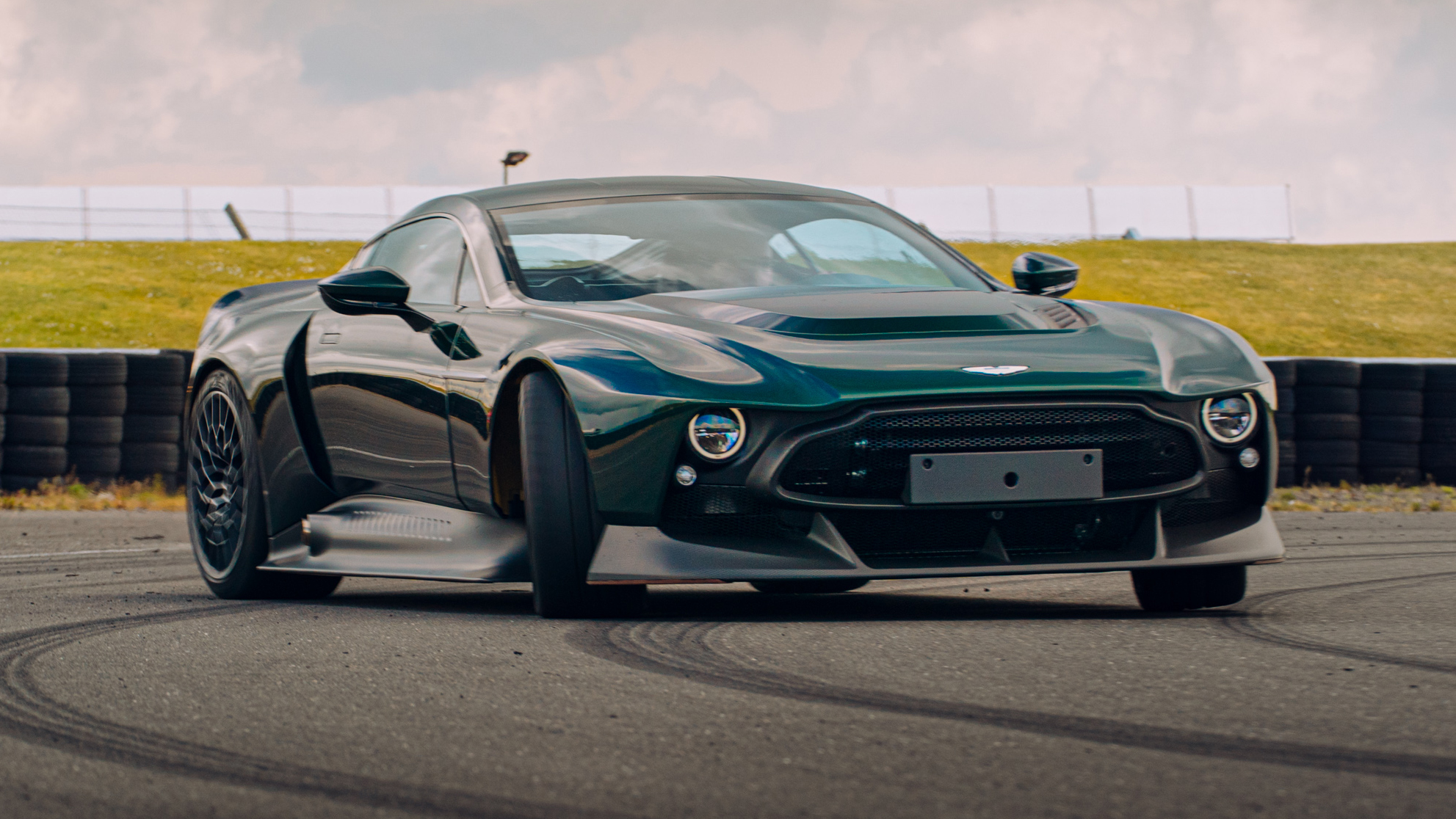 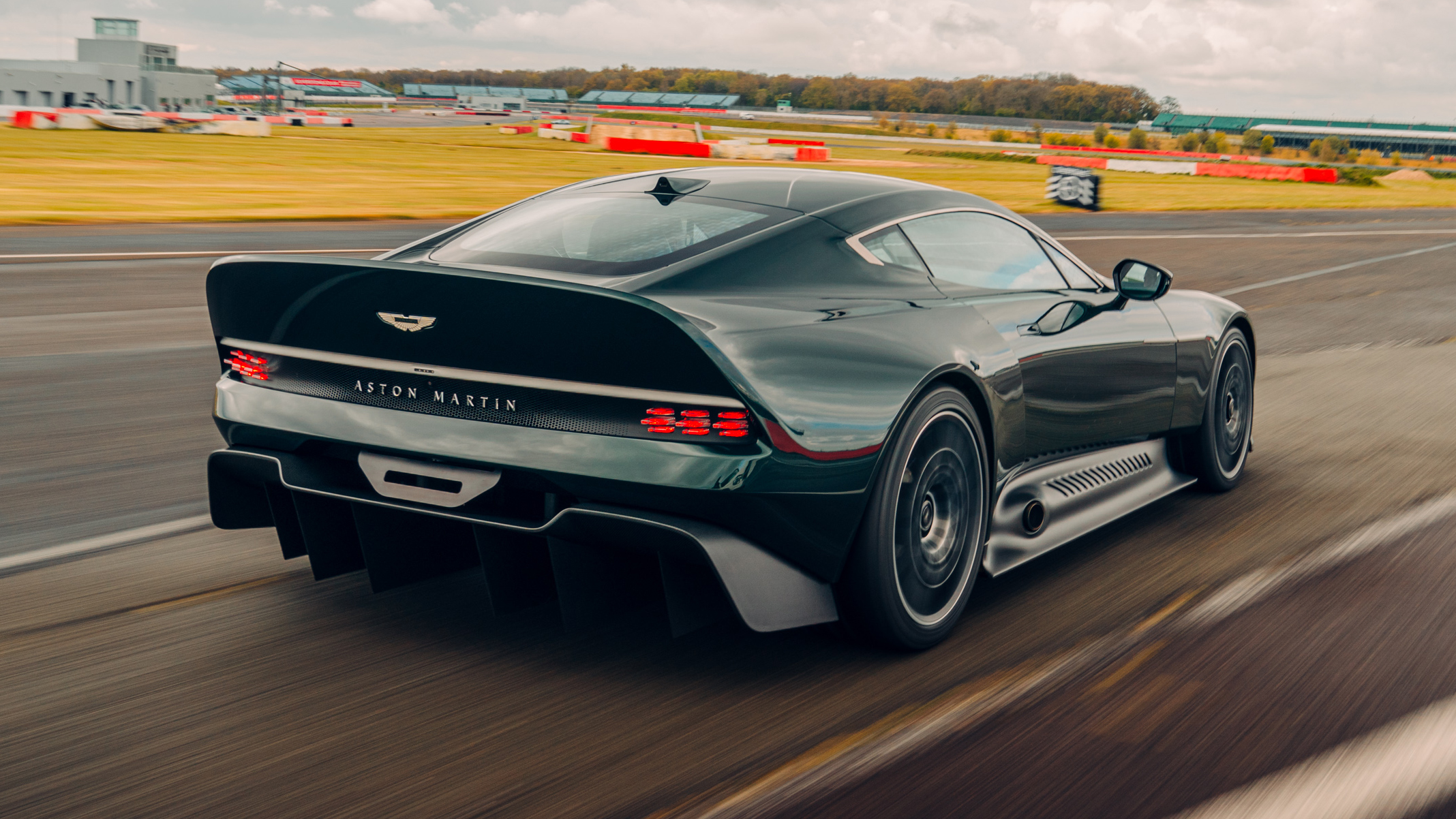 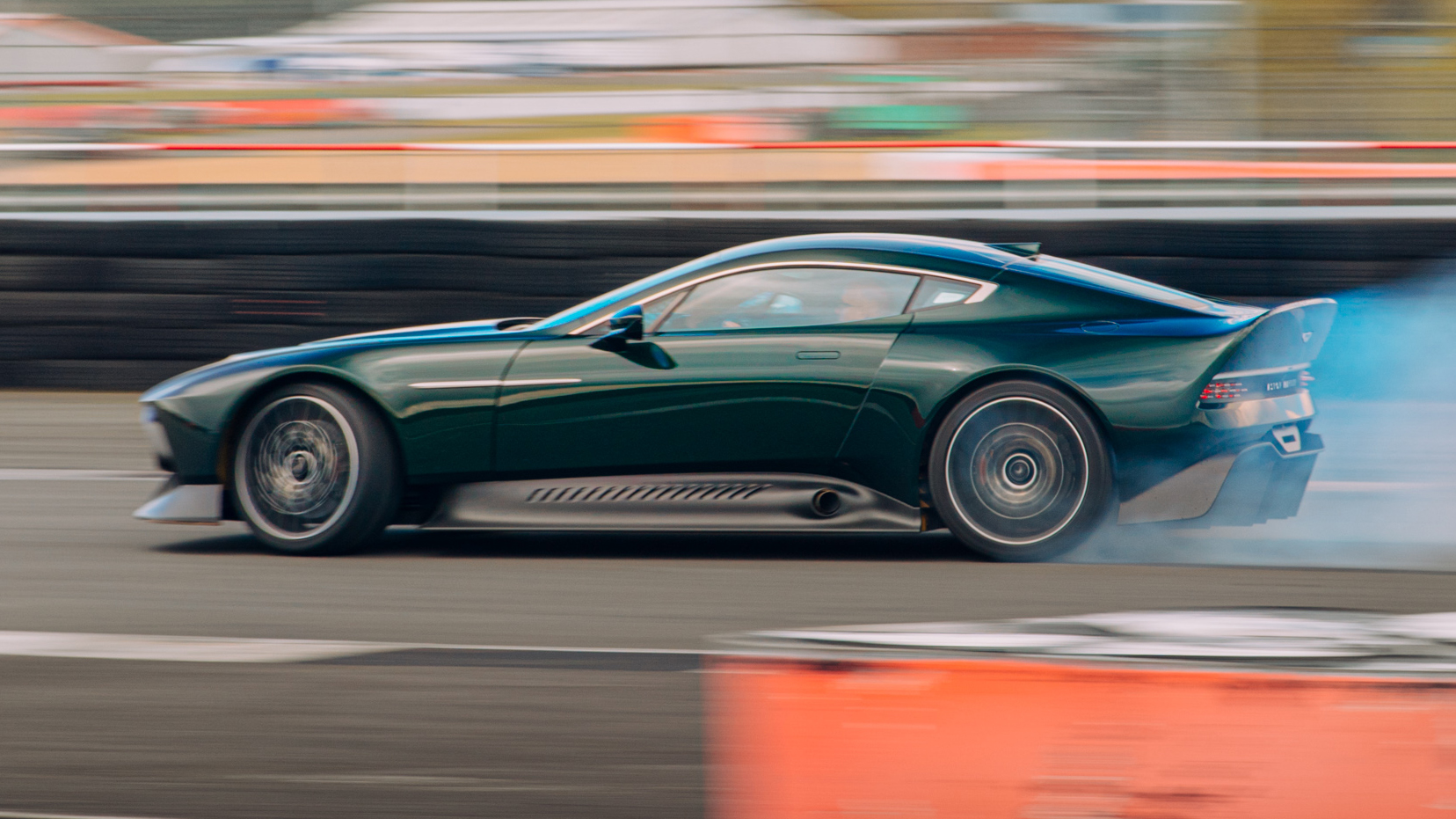 1 / 16
Advertisement
“Aston builds the hypercar the Eighties never had. The Victor is possibly the finest one-off ever created ”

Literal one-offs do not come cheap

Meet Victor. He’s a one-off, unique, the latest creation from Aston Martin’s Q Advanced Operations department. There will be no more Victors. Underneath it’s mostly Vulcan, which in turn was mostly One-77, Aston’s first million pound hypercar. 77 of those were made, plus 24 Vulcans, meaning this is the 102nd – and last – car built on those underpinnings.

Before we come on to that: Victor. How perfect a name for this car? There’s the symbology – it carries the Latin-derived language of coats of arms and the actual first name of the man who single-handedly hauled the failing company through the Eighties. Victor Gauntlett. The lantern-jawed industrialist who so embodied the cars that were created on his watch. It was he who did the deal to get Bond back in an Aston for The Living Daylights, (and managed to sell producer Cubby Broccoli a Volante in the process), he who revived Aston’s Zagato relationship, introduced the Virage, laid the groundwork for the DB7 and oversaw the successful sale to Ford.

This car is a tribute to him. So perhaps it’s right that there will only ever be one. At a distance of 35 years, this single car is now the lens through which we view the Gauntlett era. But it could have existed then, couldn’t it? The styling so perfectly captures that era, and the mechanical specification could be from the Eighties: naturally aspirated large capacity V12 driving the rear wheels through a manual gearbox. Yes, we know, a manual. A simple six-speeder-and-clutch to control 836bhp and 613lb ft.

This is not a slightly uprated version of the Vulcan’s V12. That used a bored out 6.0-litre V12 race engine from the Vantage GT3 and DBR9 programme. The Victor uses the One-77s production-sourced 7.3-litre V12, but this one has been back to Cosworth for extra fettling. I dread to think of the cost implications of liberating an extra 86bhp and 60lb ft from a single engine, but it does mean that any One-77 owners out there might be able to send their cars back for the same uplift. It transforms the engine. Aston doesn’t mention performance figures, but numbers are not what this car is about. It’s safe to say performance is plentiful.

But how well developed is this car? Underneath it’s the left-over One-77, a cast-off prototype that’s been kicking around at Gaydon for the last few years. How much effort and energy can Aston have put into its creation? Surely this is just a matter of bodging some old bits together, cladding it in suitably bespoke bodywork and finding a buyer? It’s not road legal (but could be made so, just as some Vulcans were…) so I’d have forgiven Aston for taking that route, but they haven’t.

We can pay it no greater compliment than to say it feels like a production car. And not just in terms of fit and finish, but in refinement and driveability. It deserves a proper life. Imagine it lurking outside a Mayfair casino or seedy Soho club – or just ripping down an autoroute...

“Aston builds the hypercar the Eighties never had. The Victor is possibly the finest one-off ever created”

What’s charming about the Victor – and why it’s possibly the finest one-off ever created – is that there’s no customer whim or fancy about it. This is not a car that seems to have been created to fulfil someone’s personal fantasy, but instead crafted by Aston Martin to celebrate the brand by encapsulating a particular era. It retrospectively burnishes the firm’s image (which wasn’t that great back then, never far from bankruptcy) while simultaneously convincing us that it’s the hypercar the Eighties never had.

As a thing to drive, the Victor manages to span the eras as well. Although it follows in the footsteps of the One-77 and Vulcan it has a character all its own. A nat asp V12 and manual gearbox certainly helps in that regard, but this is a car that when you drive it, seems to take you back in time.

It’s as a piece of design that this road-going dreadnought really scores, successfully capturing the sheer brutishness of those Eighties Astons. If it helps drive up the prices of used cars from that era, it surely has to go down as one of the most valuable pieces of design Aston Martin has done since the DB5.