£74,385 when new
Read why you can trust our independent reviews 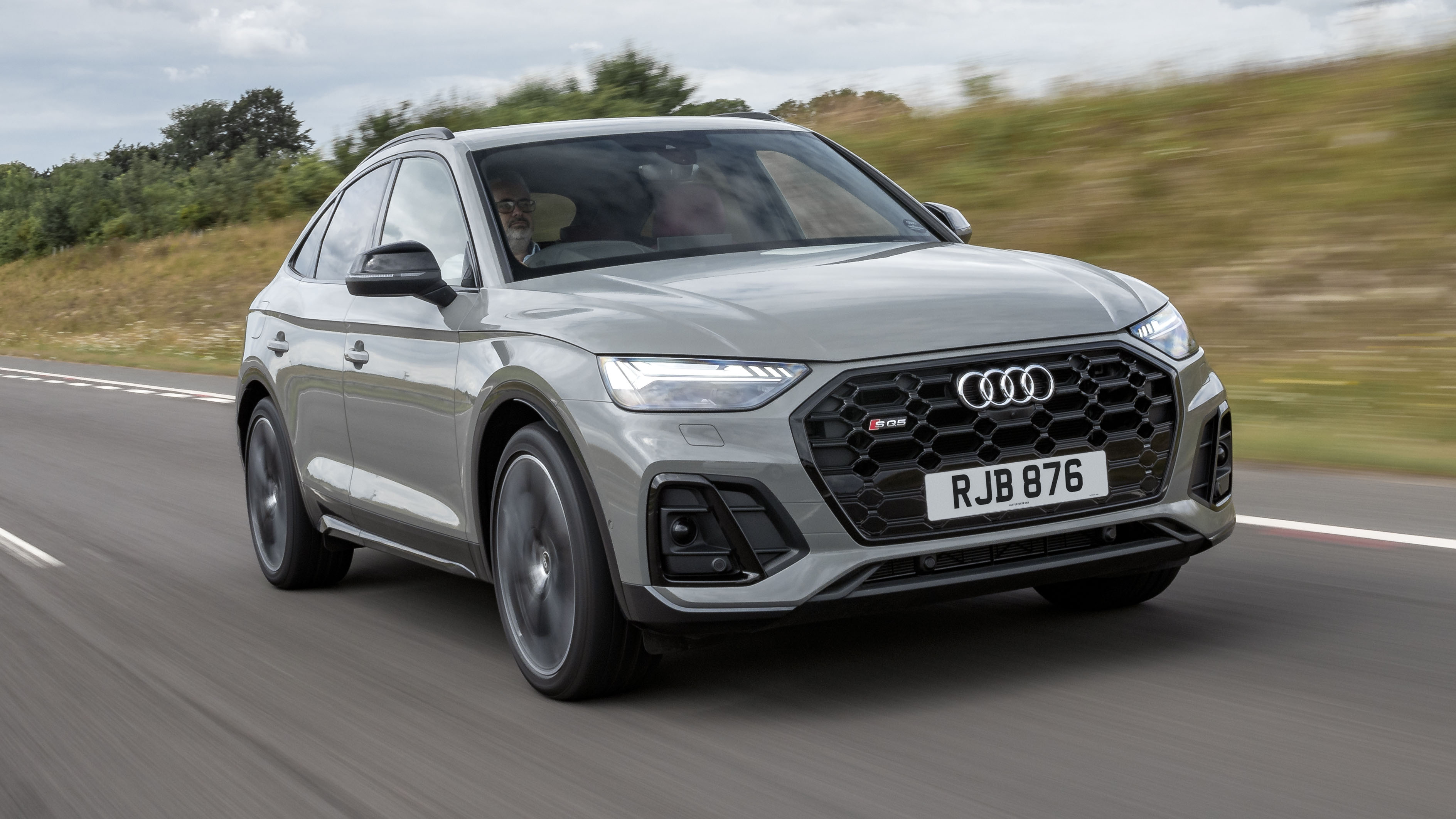 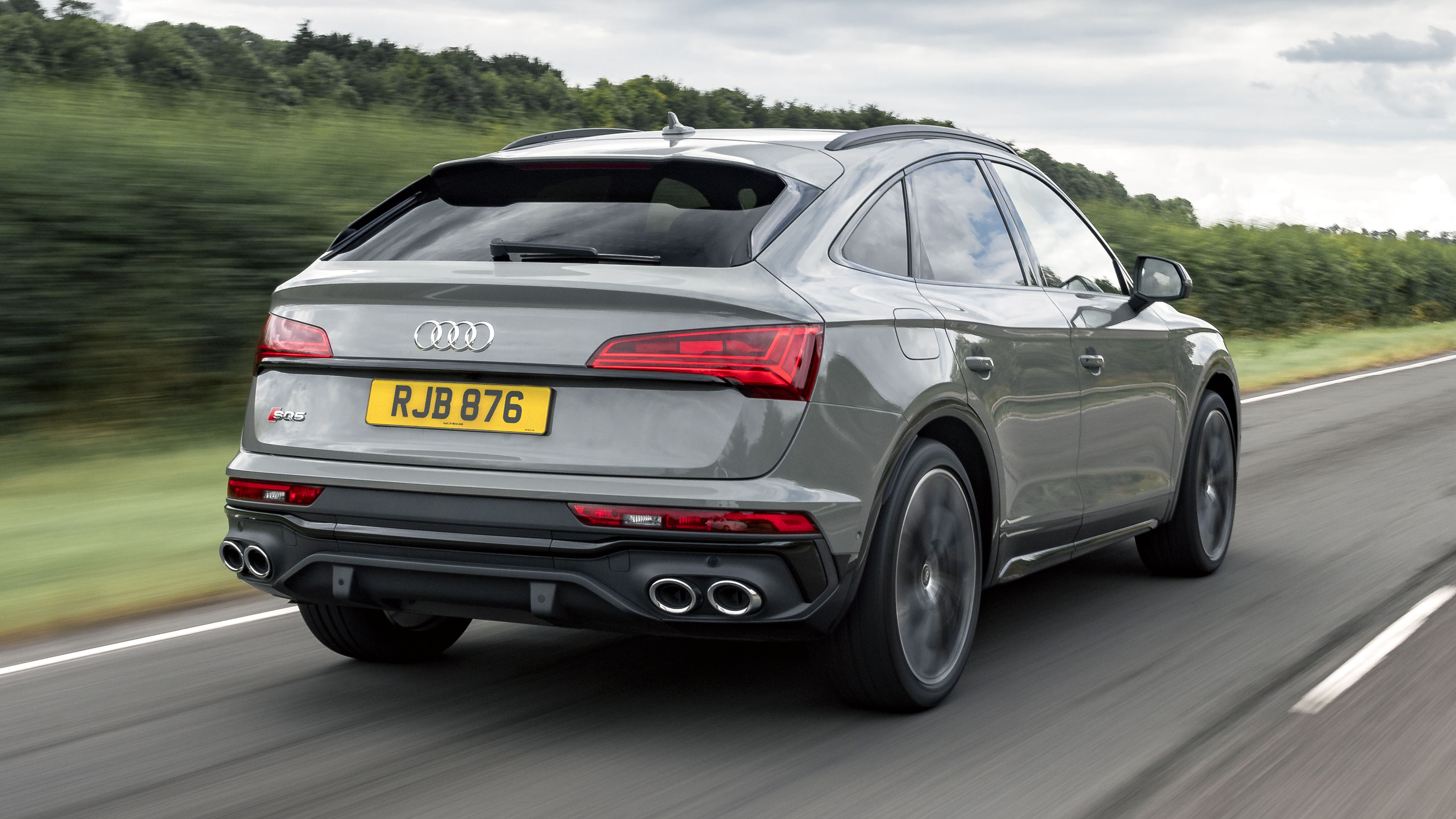 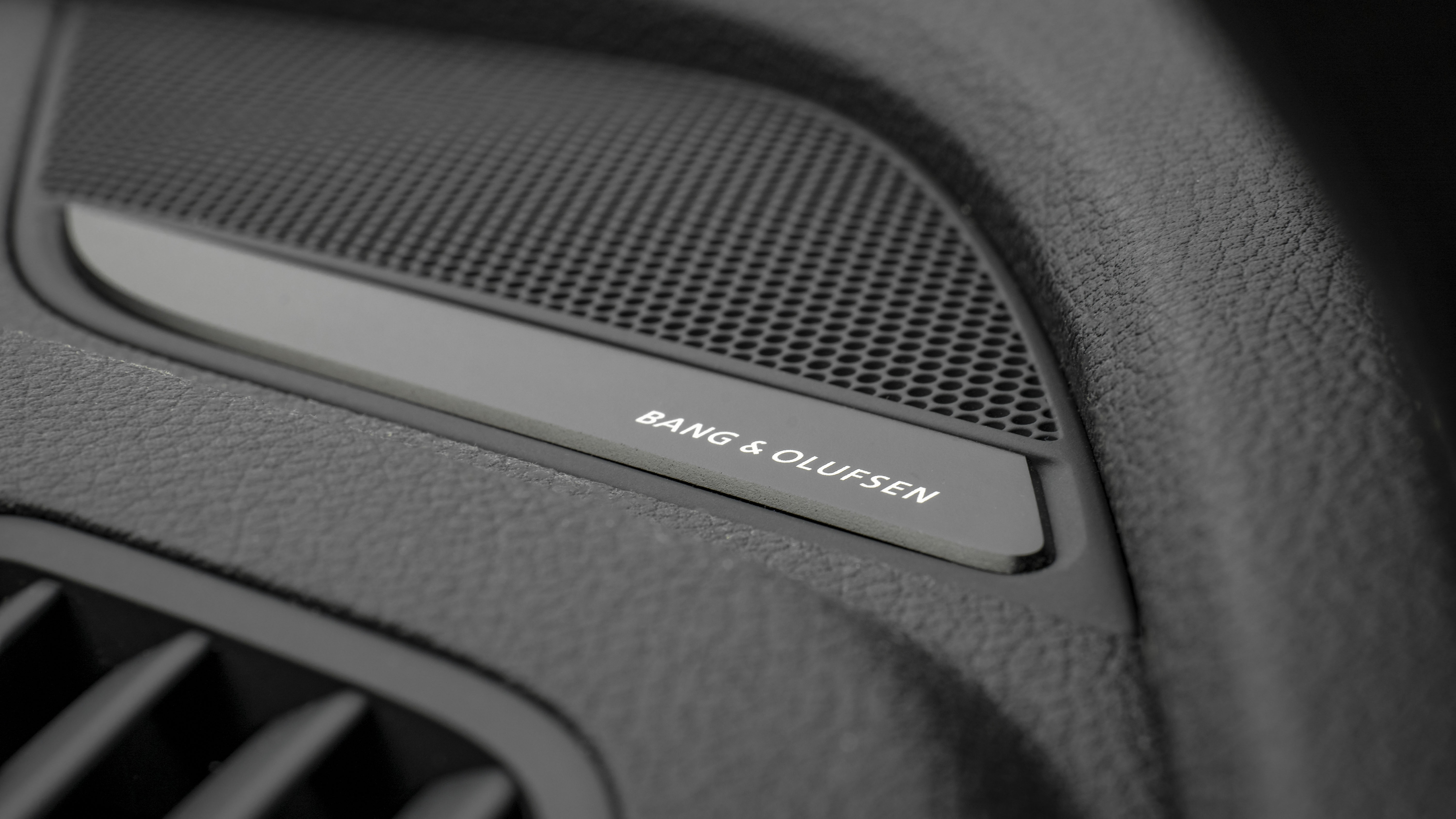 Is this that car with the fake exhausts?

Got it in one. From a distance the SQ5 Sportback appears to have a glorious set of quad tailpipes. But get right up close, or follow one at night, and it soon becomes clear those lovely chrome tips are just bits of trim glued to the rear bumper.

Not surprising, then, that the SQ5’s engine note is faked too. Into the cabin and out the back is piped a burbly baritone that can’t quite mask the sound of the 3.0-litre turbodiesel under the bonnet.

A diesel performance car? I thought Audi had given up on that idea?

The SQ8 and SQ7 may have swapped eight-cylinder diesel for eight-cylinder petrol power in mid-2020, but in the UK the S4, S5, S6, S7 and SQ5 are all six-cylinder oil burners. Audi could have used the SQ5’s recent facelift, and the introduction of the coupe-ified Sportback version driven here, to reintroduce the 3.0-litre petrol with which the SQ5 was fitted when it was launched in 2017. But no – the SQ5 continues to drink from the black pump, and the black pump only.

Rivals include the BMW X3 and X4 M40d and petrol-powered Mercedes-AMG GLC 43 Coupe and SUV.

The 3.0-litre V6 diesel engine has been given a good going over. It actually makes a bit less power than before – a still-healthy 336bhp, no doubt something to do with emissions. But said power arrives sooner, and the mammoth 516lb of torque is available across a broader rev range (1,750 to 3,250rpm).

Mechanical changes include new forged steel pistons, a revised fuel injection system, a new cooling system, a smaller/lighter compressor wheel for the turbocharger and better insulation for the exhaust manifold.

As before there’s a 48-volt mild-hybrid system and electronically powered compressor (EPC) to minimise lag. Audi says they’ve been optimised too, as has the eight-speed automatic gearbox and quattro all-wheel drive system (which can send up to 85 per cent of available drive to the rear axle if required).

Audi claims a limited top speed of 155mph and 0-62mph in 5.1 seconds. So yes, the SQ5 is a fast car. The EPC hasn’t totally eliminated lag and isn’t as smoothly integrated as it could be – it can sometimes feel like the engine is surging away from you – but by and large this diesel V6 pulls cleanly and freely through to the red line. Not that there’s much incentive to go beyond 3,500rpm or so – this is a car you drive on three-quarter throttle, letting the prodigious torque woosh you past slower motorists and away from junctions. It never feels like it’s working especially hard and delivers reasonable mpg on a run (if not when you’re caning it).

The auto transmission is mostly smooth and makes good use of the engine’s torque, but every now and then gets a bit confused about which of its eight gears it would rather be in.

Is it much fun to drive?

S-spec Audis tend not to be much fun in a conventional sense – they’re more of a long-term proposition. Effective is the word. High-performance, high-quality all-rounders that prove their worth over thousands of wintry, real-world miles. As much is true of the SQ5 – it makes a decent first impression, but I suspect it’d be a really lovely thing to live with day-to-day (if you can get over the embarrassment of those fake exhausts, that is).

Our test car was a ‘Vorsprung’ model, so it was equipped with every bit of available equipment. Including the air suspension and ‘sport differential’, which can redistribute power to the outside rear wheel to really tuck the SQ5 into a bend. So equipped, cross-country this is a quick car. It doesn’t really understeer, feels planted and surefooted and obviously there’s a tremendous amount of grip. In its softer modes (ignore the harsher ones) the suspension does a reasonable job of ironing out imperfect surfaces and body control is good, but the steering is decidedly numb.

The SQ5 is at its best on the motorway, where it’s a tremendously effective long-distance cruiser. Quiet, comfy, branwy long-legged diesel performance. And the cabin is a nice place to while away the hours.

Do I want the Sportback or the SUV?

I’d have the SUV. But if you prefer the way the Sportback looks then by all means go for it – you can still fit adults in the back and the boot is a decent size, if not as useful a shape. When it comes to practicality, there’s not as much in it as you might think.

Is the SQ5 expensive?

The Vorsprung gives you 21s, black exterior trim, a panoramic sunroof, heated everything, the excellent Bang & Olufsen stereo and MANY driver assists among others. Some stuff you can cherry-pick and option on a regular SQ5, but much of it you can’t. Annoying, but at least the normal SQ5 is well specified to begin with.

A high-quality item. Not cheap and not engaging, and we’d recommend the SUV versus this Sportback, but if you’ve got the cash to splash the SQ5 is a curiously likable thing (fake exhausts and engine noise excepted).