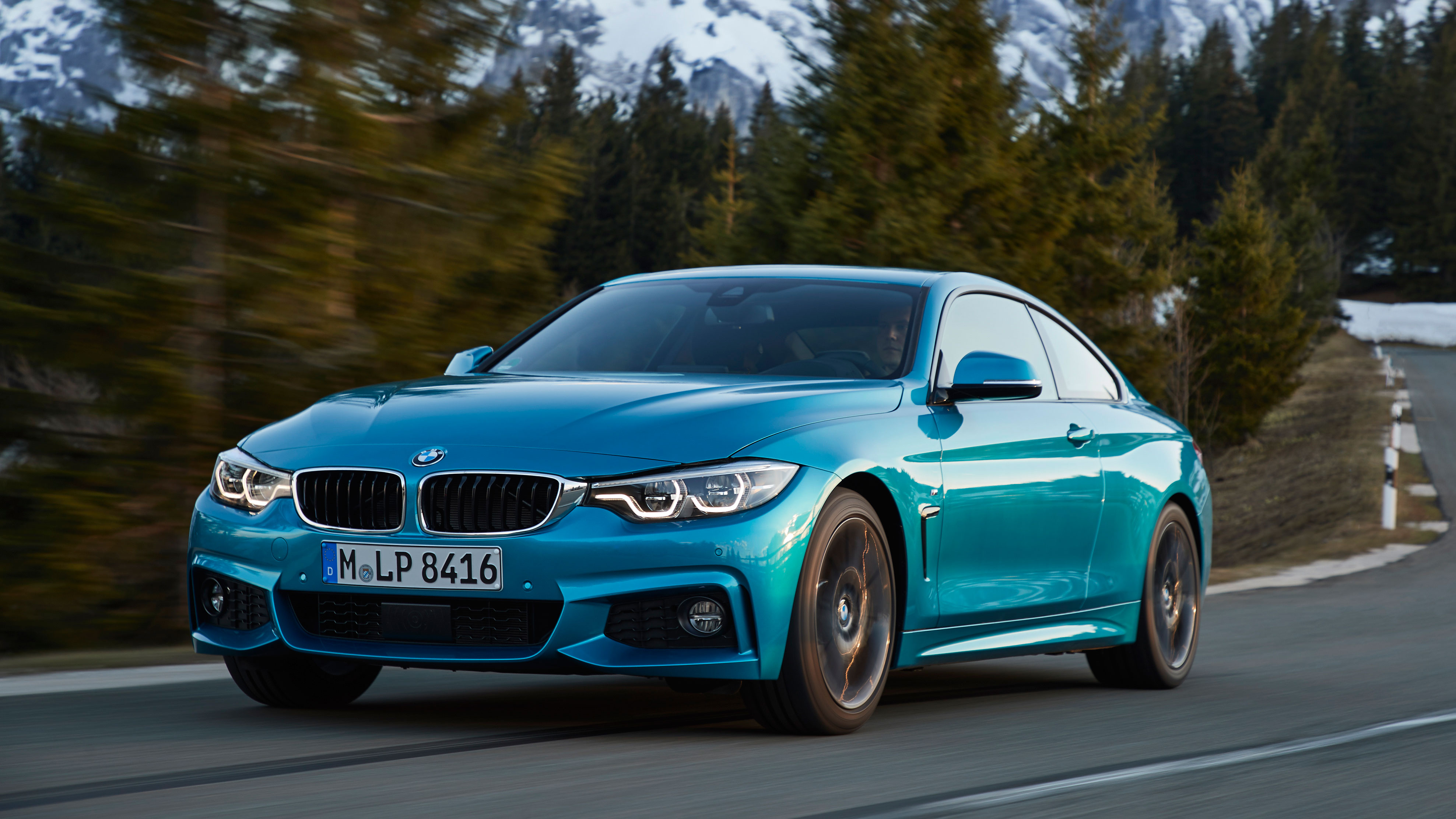 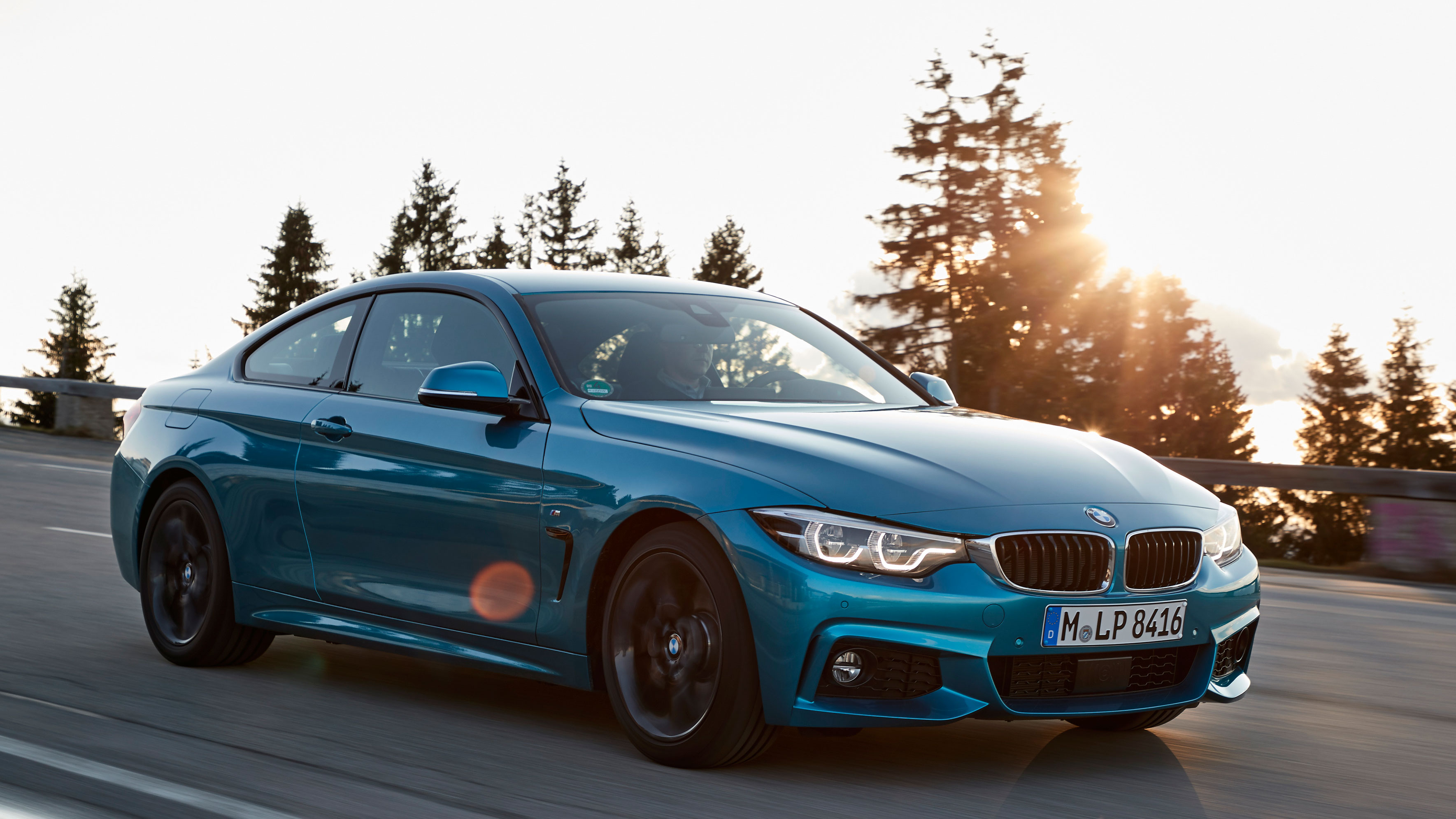 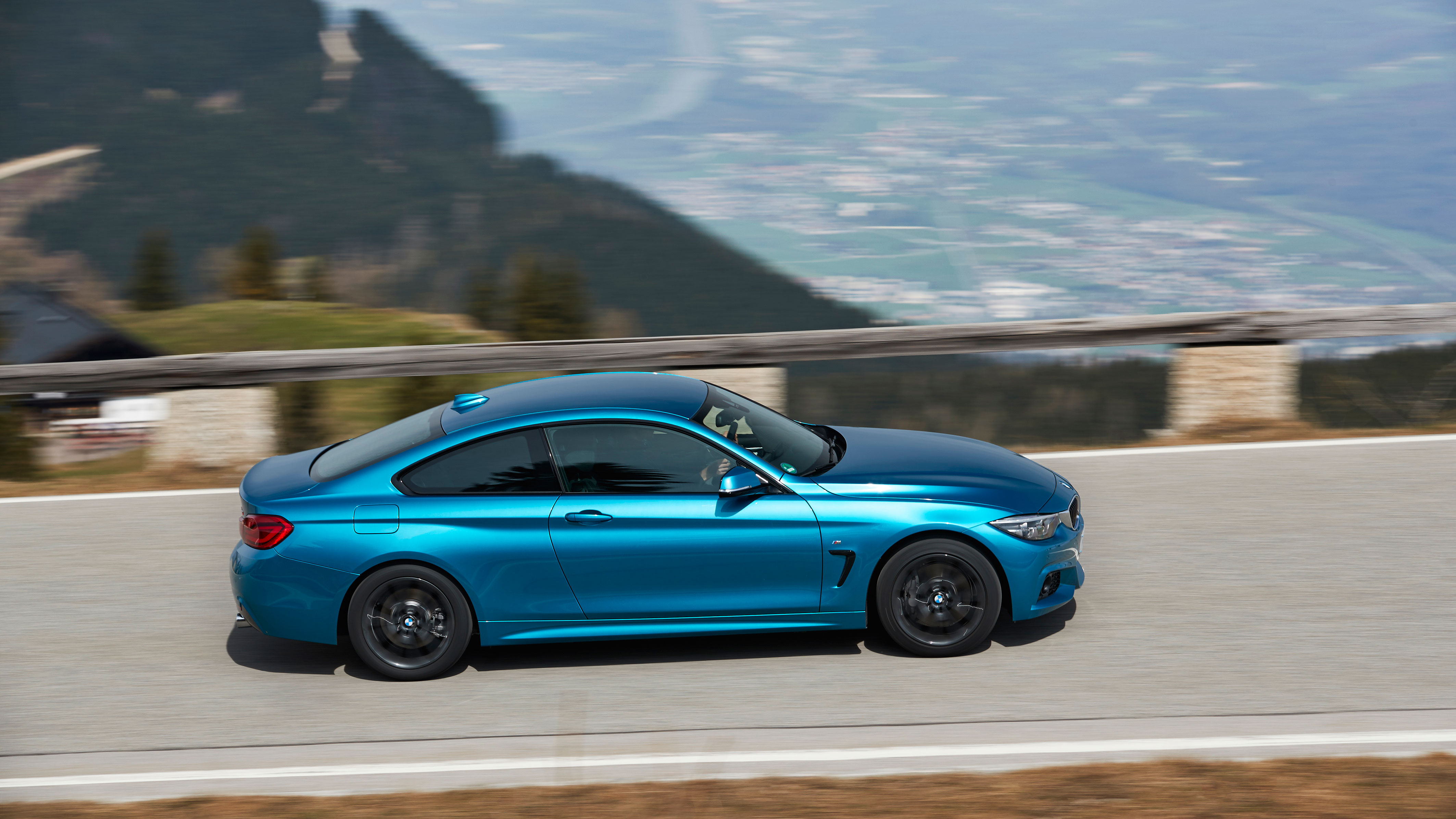 1 / 8
Advertisement
“Rivals challenge the 4 Series in individual areas, but struggle to replicate its all-rounder appeal. ”

The BMW 4 Series Coupe is the two-door sister car to the BMW 3 Series saloon, and that’s one heck of a good base to be starting from. Fine chassis, top engines, and a classy ergonomic interior, adding up to a very strong choice in the premium small coupe segment. Rivals like the Mercedes C-Class Coupe and Lexus RC challenge the 4 Series in individual areas, but struggle to replicate its all-rounder appeal. As a result, the 4 Series has been the best-seller in its class since it was introduced back in 2013, while spin-offs like the folding hard-top convertible and rakish four-door Gran Coupe have expanded its reach.

In the UK, the most popular 4 Series tends to be a very particular spec: the M Sport model, with its more aggressive body styling, bigger wheels and lower suspension, allied with a four-cylinder turbodiesel engine that punts the car along at a lick some junior hot hatches could be caught out by, while returning well over 45mpg in real-world driving and offering temptingly low tax rates thanks to comparatively low CO2 emissions. A 420d M Sport is just one of those cars that ticks the boxes for so many buyers, it’s the default choice in the class.

It’s also the most practical coupe of its size, offering genuine space for four and a decent boot, plus plenty of oddment storage and good visibility. This isn’t a sports car, remember, it’s a two-door 3 Series that depends on being everyday useable, though it’s also the most precise-driving, satisfying choice in the class too if you’d like a bit of occasional mischief to ease the daily grind. That’s the 4 Series all over: everything you need, in moderation. It’s not a flamboyant car, but it is deeply ‘right’, well sorted and nicely judged.  In fact, regular versions are more satisfying and superior to the extremely aggressive and over-egged M4 flagship.

Models to watch out for are the 420d as mentioned, and on the petrol side, the slightly anachronistic but undoubtedly lovely 440i – the one remaining six-cylinder petrol and a fitting successor to BMW’s proud history of straight-six coupes. If you prefer diesel, the 435d is an all-weather weapon that’ll do 40mpg, 155mph and go twice as far on a tank as an M4. It’s also got standard all-wheel drive – branded by BMW as xDrive – but the rear-biased 4x4 drivetrain is optional across the line-up. So too, except for on top-spec models, is an excellent eight-speed automatic gearbox that aids claimed economy. It’s a very complete car, the 4 Series. If you can’t find a model to suit your needs, chances are you’re better off with a bicycle. 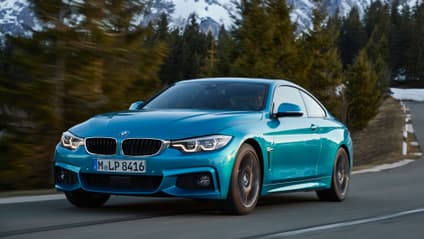 “Less inviting to own than a Mercedes C-coupe, but scores points with excellent driving dynamics, a strong range, well laid-out cabin and class-best infotainment.”

The fact BMW’s recent update to the 4 was so minor, both on the outside and under the bonnet, shows how right the car was conceived from the outset, and that owners have few complaints about their spacious, keen-handling premium coupe. You’ll only spot it by the angular LED front and rear light clusters, a handful of new colours and the fact the USB port has migrated onto the dashboard inside. It’s that minor. But neither does it mess with a very complete recipe.

Is it the best car in its class? Overall, just about. It’ll be a less inviting item to own than a Mercedes C-Coupe, because it’s not as pretty or opulent inside, but the BMW is good at scoring points victories, with excellent driving dynamics, a strong range, well laid-out cabin and class-best infotainment. If you buy one with an interesting engine (go on, try a 440i, you know you want to, they won’t be around forever), it’s one of the more satisfying everyday cars on sale. 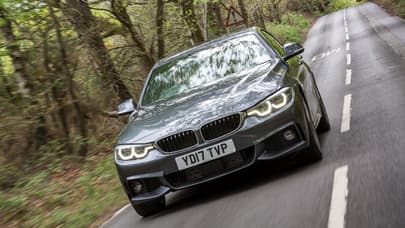 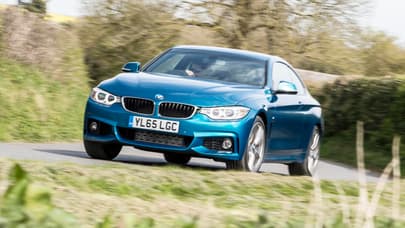 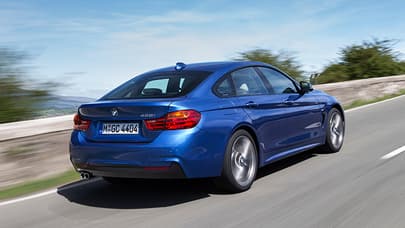