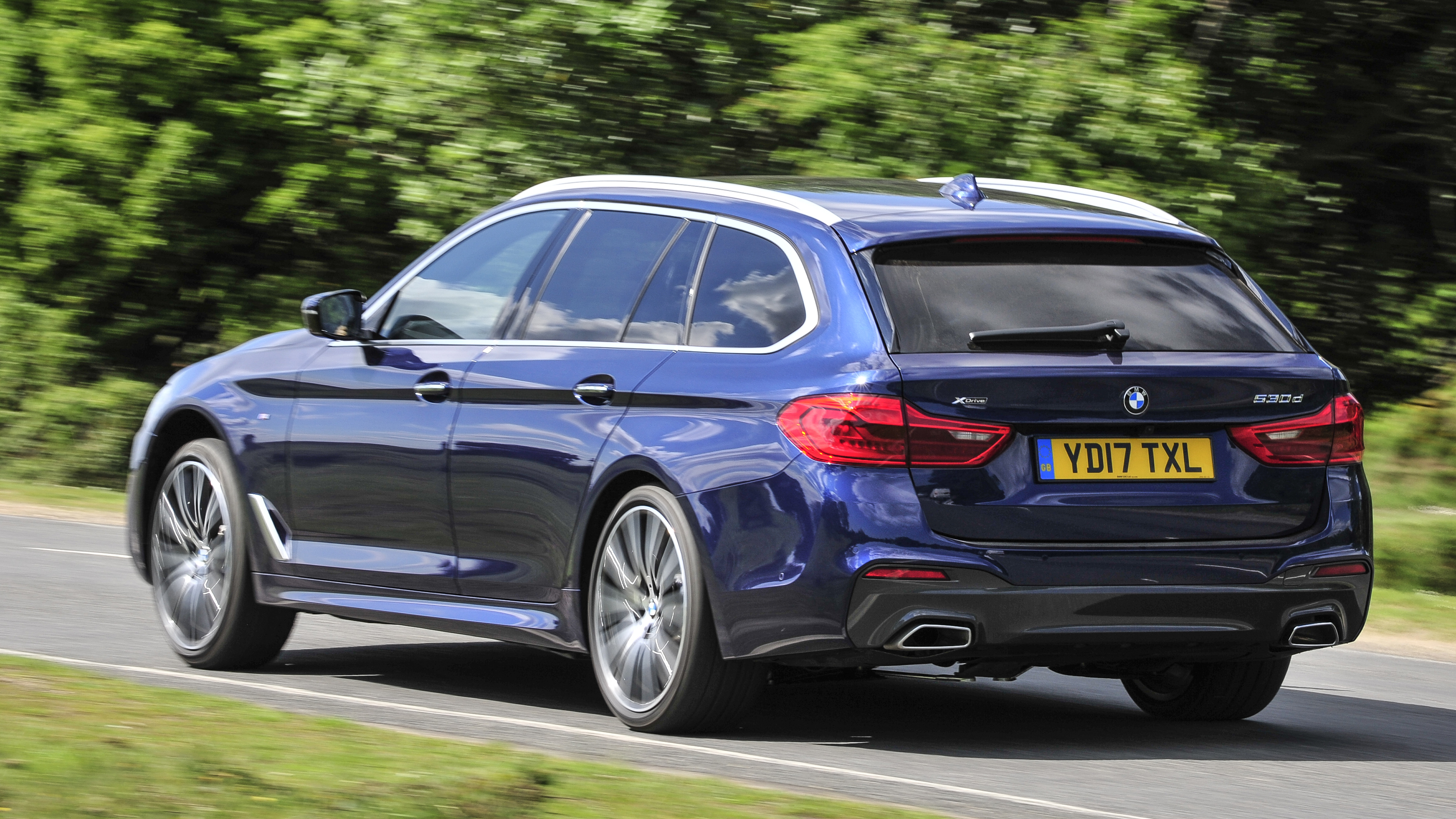 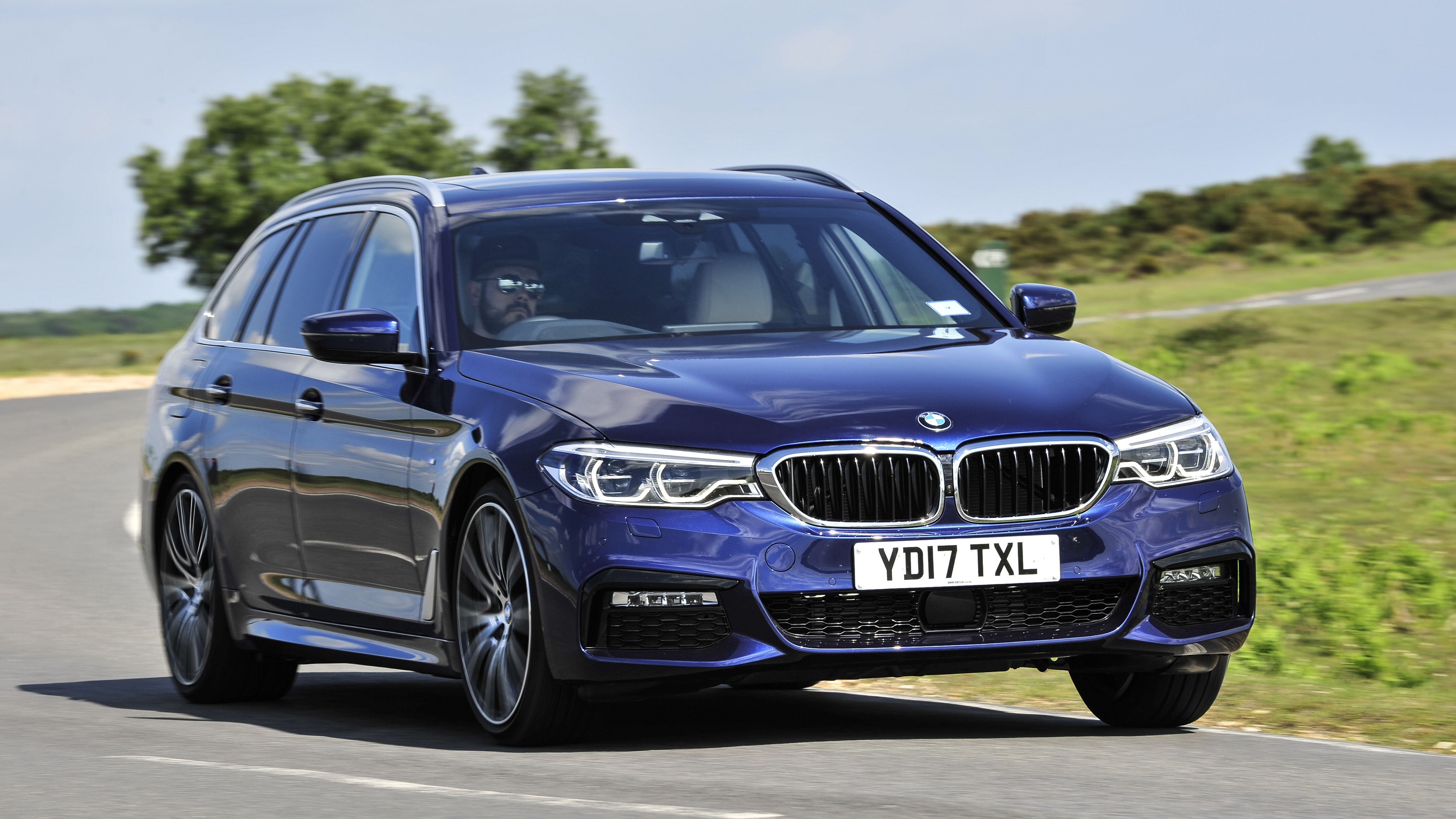 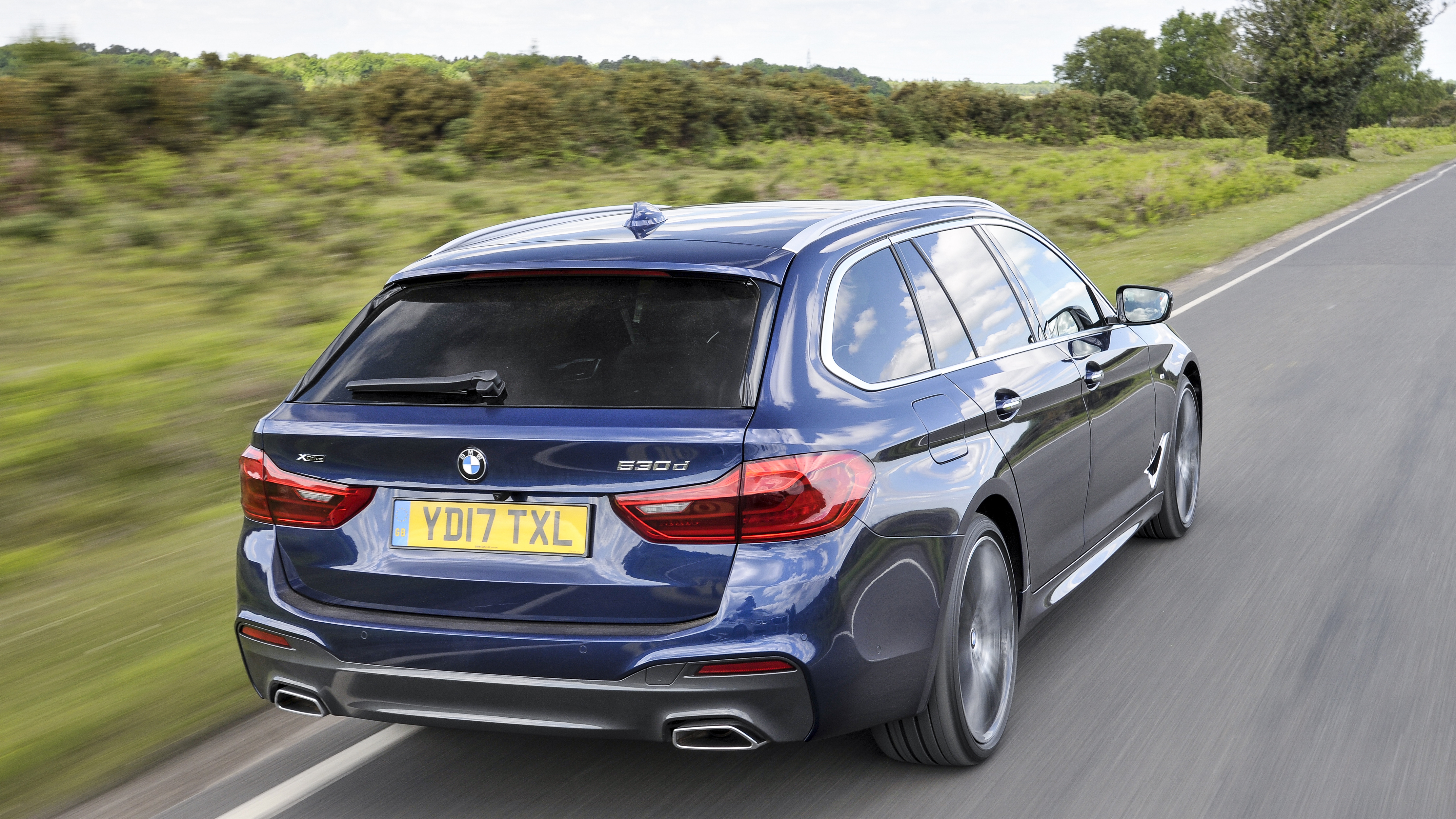 Is this the part where you say the BMW 5 Series Touring is all the car you could ever need?

No, because that is at worst a cliché, and at best never going to be accurate. Plenty of you need seven seats. Or have nowhere to park a five-metre long barge. Or like to open the roof, or go to a racetrack. There will never be a car that satisfies all folks all the time. Tell you what though, this thing gets close…

Which 5 Series Touring are we talking about?

The daddy. It’s £51,535 (pre-options) of 530d, which translates as twin-turbos, six diesel-fuelled cylinders, 261bhp (feels like over 300) and 457lb ft (feels like more again) This dignified, unstressed engine can only be specced in the UK with an eight-speed automatic gearbox, and this one has rear-biased 4x4 ‘xDrive’ at its disposal. All of this makes prodigious torque uber-accessible.

Effortlessly so. It’s one of those German machines that creeps up to autobahn-acceptable but massively inappropriate UK speeds without you or your passengers noticing. Officially, we’re talking 0-62mph in 5.6 seconds and 155mph, but as ever with these big diesels, it’s not the drag-race pace that’s impressive. It’s the sensation it could do 30-70 in the same manner. Or 50-100. Or 80 to goodness-knows-what. If diesel is on its way to a motoring graveyard, it’s cars like this that’ll be most sorely missed. A big estate car with a six-pot diesel is such a potent, pleasant device.

The gearbox is politely calibrated as an auto, or obedient to the paddles. The steering’s not been corrupted by powered front wheels (apart from a slightly more rapid self-centring as you power from a turn), so the new Five’s much-improved, less sticky steering is intact. It oozes across appalling UK back roads on its 19-inch M Sport wheels.

Is the boot clever?

If you want to really wallow in the minutiae of how well-thought out the Five’s boot is, check out TG’s main review of the entire 5 Series Touring range. So far as this 530d Touring goes, we just headed out across motorways and back roads and used it like a proper estate car, throwing ever more stuff into it to see how it’d cope. Extremely well, as it turned out.

As a support car for a video shoot you’ll see soon on TopGear.com, the 530d was gradually filled with camera tripods and bags, a video camera drone, a mountain bike, a tank of water for cleaning the hero car, several changes of clothes, oh, and a five-man tent. Random props for a TG video, but pretty much what you’d need for an outdoorsy weekend away. Well, this is a proper lifestyle car. When in Rome, eh?

Having to constantly unload and re-pack a car quick exposes any practicality bugbears. Well, the 530d’s standard electric tailgate opens rapidly enough that it’s not an inconvenience. The pop-up rear window remains a stroke of genius for lobbing extra bits into the cargo bay. Flipping the rear seats down is a doddle – just press a button and let electricity do the hard work – and again this is over in a second or two, quietly and uniformly. Thus, the boot has swelled from 570 litres to 1700 litres, the load floor is flat, there’s little wheelarch intrusion and power points and mounting hooks are revealed for lashing your gubbins to. The luggage cover, which is usually made of plutonium and lead in a posh estate car and makes up half of the kerbweight, isn’t cumbersome. It’s even easy to remove.

Come on, BMW must have taken its eye off the ball somewhere.

One note of caution: you can spec rear-seat entertainment screens in the 5 Series Touring. These iPad Pro-like displays are slim, crystal clear…and right in the fitting line of a mountain bike in the boot if you have need to brake hard. Save yourself a grand and tell the kids to look out of the window instead. There’s a world out there. Sod Peppa Pig.

Okay, but if it’s a corker to drive and loaded with kit, it can’t be that frugal?

Against a claim of 51.4mpg and 144g/km, the kit-laden, supercar chasing 530d returned 34mpg, which is pretty respectable for a hot day with air-con puffing and the demands of a photoshoot meaning the 530d had to work pretty hard at times. Oh, and if you happen to have a need to scale a rutted track or grassy knoll, this 5 Series acquitted itself better than the last X3 I drove in the rough. It can tackle a pretty mean incline, so long as you’re careful about ground-clearance. So you can all stop buying crossovers now, thanks.

Right, so who isn’t going to find this ‘all the car they ever need’?

Hmm, good question actually. It’s beautifully finished inside (look away now, Jaguar XF Sportbrake), quiet, and rides superbly (take note, Volvo V90) and though its raw litreage can’t match the Mercedes E-Class’s, the Five is hardly pokey and counters with more intelligible infotainment and an agile, balanced drive. It’s one hell of a car, this, an automotive Swiss Army knife.