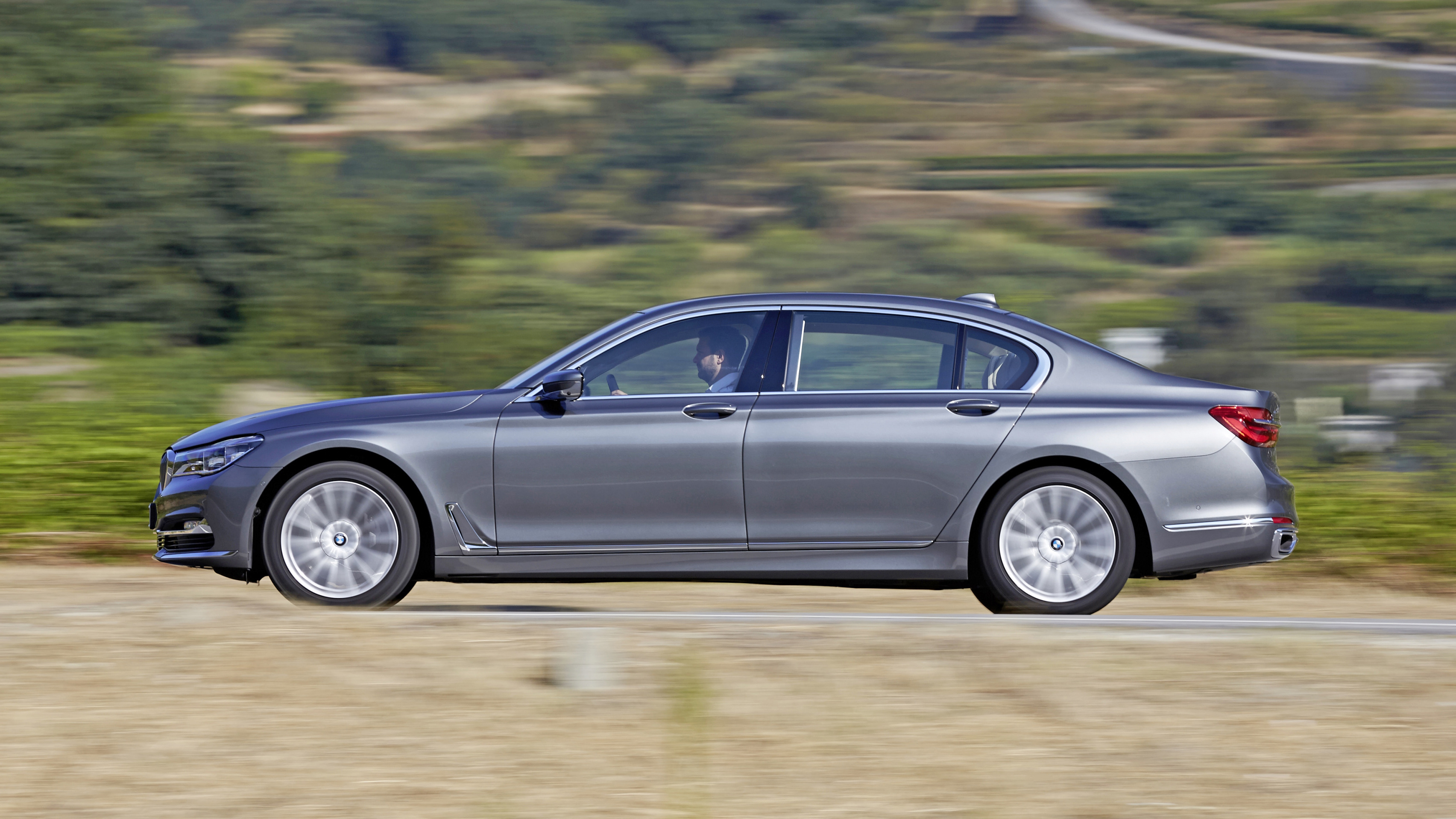 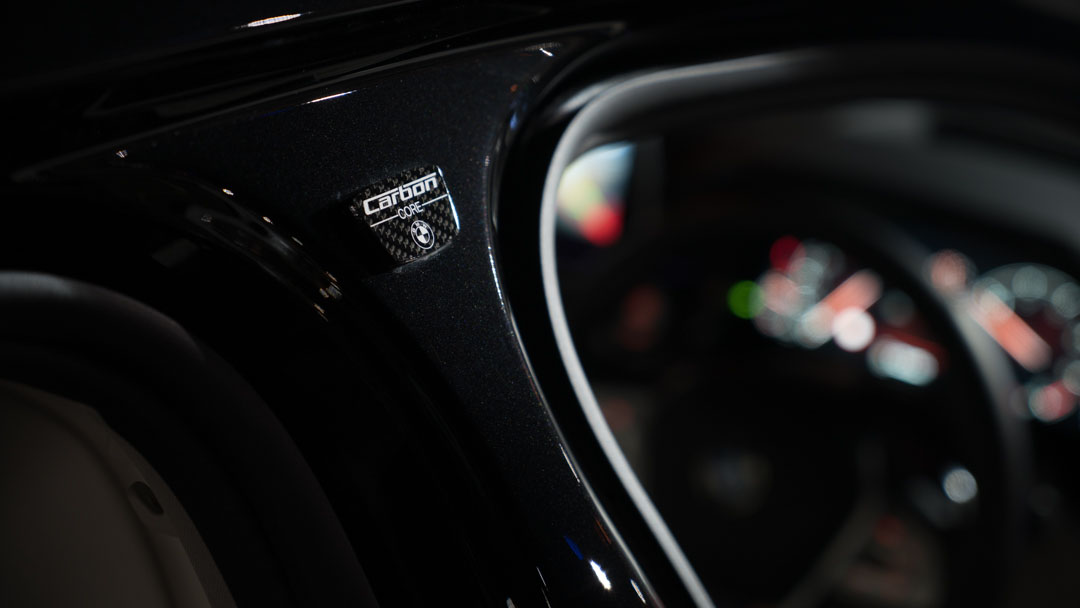 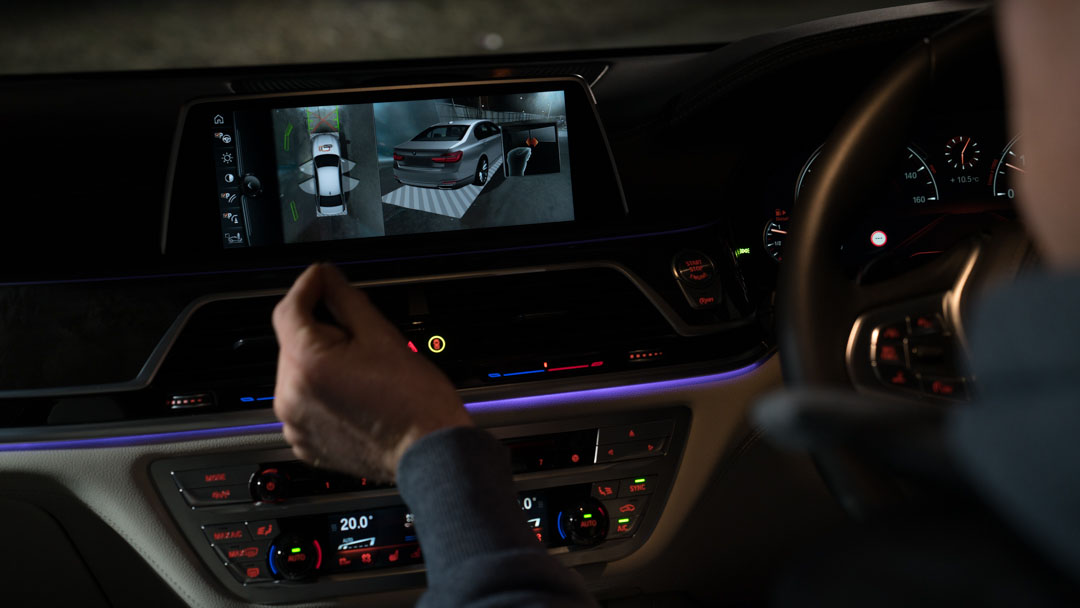 Big, is what it is. It’s a 7-Series BMW with the long-wheelbase and 3.0-litre diesel six-cylinder. With all the options on our car, it's a little under £90,000 worth. And this is our first go on Britain’s uniquely poor roads.

It does, but that’s where the similarities end, because this thing is properly new, with hardly anything carried over from the old 7. The big news is the chassis, which incorporates carbon-fibre reinforced plastic into a mostly aluminium and high-strength steel frame, trimming 40kg from the last 7’s kerb weight. If you choose to ignore all the extra equipment, BMW says this puts the new 7’s weight somewhere around that of its 1994 iteration. All in, the new 7 is something like 130kg lighter than the car it replaces.

So is all the new tech. The iDrive system has gone touchscreen, and it’s cleverer than ever, if a bit less straightforward to navigate your way around. Probably down to the number of menus, sub-menus and togglable settings BMW needed to cram in.

Gesture Control lets you gesticulate wildly at the centre screen to do things like dismiss a phone call (via a mightily satisfying backhanded swipe) or alter the volume (by twirling your index finger one way or the other). By far the coolest thing about it is that when you’re parking, you can pinch and rotate a model of the 7 through 360 degrees, almost like there’s a drone encircling the car, and you can control it from right there. Clever stuff, but still a bit gimmicky for our tastes.

Elsewhere there are the laser headlights and a clever adaptive cruise control system. It works a bit like Tesla’s Autopilot, only the BMW requires you at least rest your hands on the steering wheel, and it isn’t quite as smooth when it comes to making steering inputs.

But this thing is all about the back, no?

It is. The car we tried was fitted with pretty much all of the numerous rear seat options, like the big seats with the pillowy headrests. It also had something called Touch Command, which gives you twin 10-inch screens and a 7-inch Samsung tablet mounted in the centre armrest. It lets you control all the lighting, the vigorousness of whatever massage the seat has decided to give you and lots besides, and if you hit the eject button, it whirrs up and out of its mount so you can take it with you.

Then there’s the patterned panoramic glass roof, which at night is bathed in light from little LEDs around its rim. There are big, vertical strip lights just in front of the doors too, and LEDs aplenty in what feels like every little crevice. It's all a bit bright, but you can’t argue with the drama of the results. Everything feels beautifully made, every inch of the £68,480 base price (and all those options).

But I want to drive my limousine…

Go ahead. The engine is particularly peachy: it’s a 3.0-litre diesel six from BMW’s modular family, and it’s as smooth, quiet and brisk as you’d ever require. 0-62mph takes 6.2secs, and the top speed is 155mph.

Can it do corners?

Yes. When we first drove the new 7-Series last August, we thought it was a bit remote, and our opinion hasn’t changed. It is plenty agile for such a bit thing, though, and rides especially well, but those looking for involvement in a limo (all six of you) best stick with the Jaguar XJ.

Not really. We still haven’t had a chance to try out the remote parking thing, mostly because in the UK it’s technically illegal to leave your car unattended with the engine running. But yeah, we like the 7-Series. And it’s far better as a long-wheelbase, non-M-Sport than it is as the opposite. We suspect for mostly psychological reasons, but still. Best eschew all the driver-centric options, stick it on small wheels and employ a man to sit up front for you. That’s when the 7 is at its best.