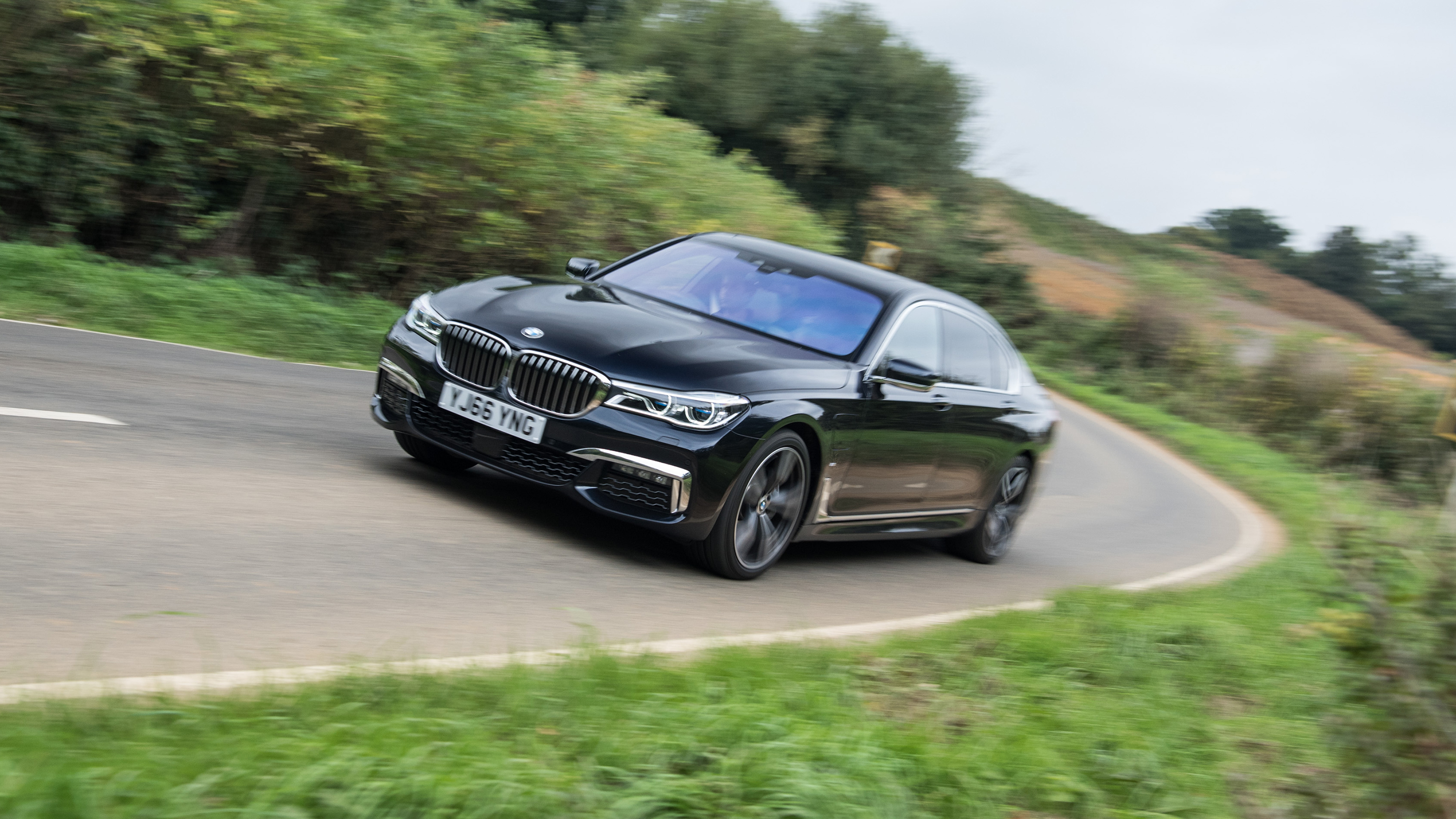 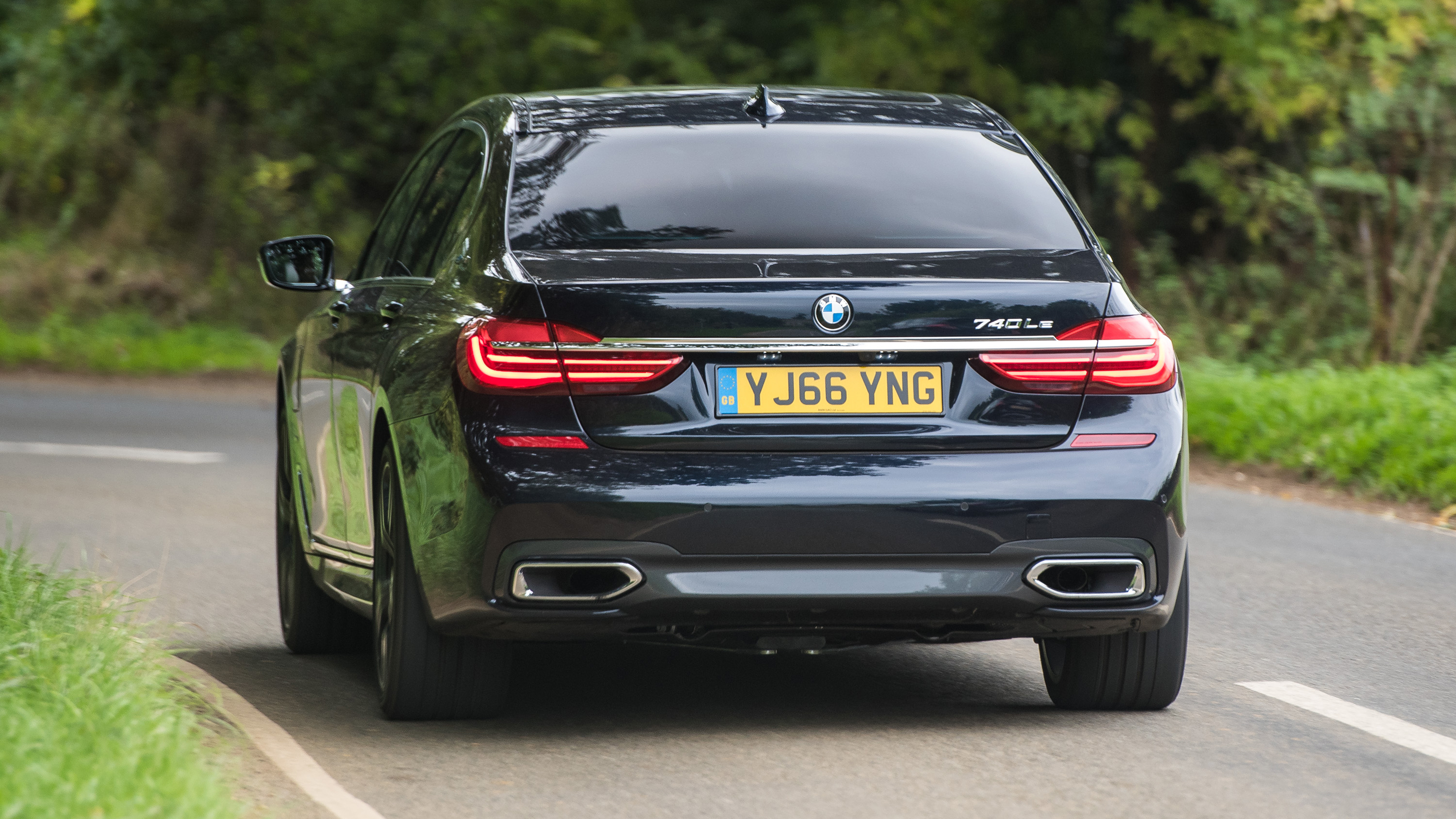 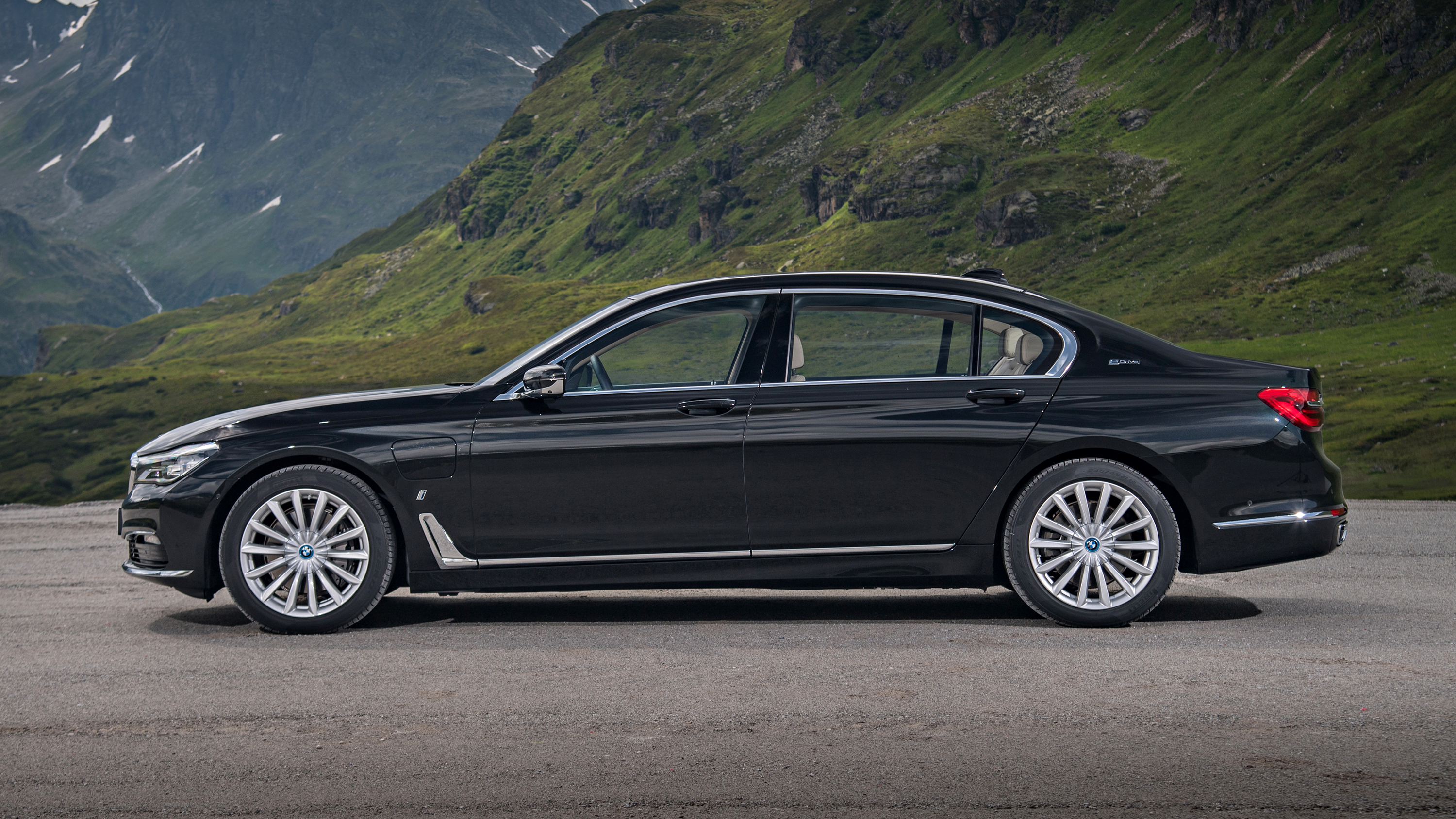 Which BMW 7-Series review is this?

This is the BMW 740Le xDrive M Sport, a rather long name that roughly translates as ‘BMW 7-Series hybrid’.

The ‘e’ drivetrain twins a 2-litre four-cylinder petrol engine with an electric motor, for a total output of 326bhp and 369lb ft. You can spec it with the standard length 7-Series, as a rear-wheel-drive 740e, or as a long-wheelbase 7-Series, this all-wheel-drive 740Le.

Is it too clever to understand?

Hopefully not. It operates like lots of other plug-in hybrid saloons, how it derives its power largely left up to the driver. Choose ‘Max e-Drive’ and the car uses maximum electricity; it can run up to 87mph on the motor alone, and will do this until the battery flattens.

Flick to Auto and the car will bring the engine into play as and when it deems most appropriate, but ultimately, you’re still likely to get to the end of your journey with the motor’s batteries depleted and needing a charge.

A final mode allows you to choose a target battery percentage – right up to 100 – for the car to reserve as you drive. You’ll still glide away from junctions and cruise through urban areas with the silence of an EV, but the car will ensure it uses energy recuperated during braking, and so on, to keep the batteries topped up.

This is the mode to use if you know you won’t be able to plug the car in at your destination, and want some petrol and noise-free miles when you next get in the car.

How does it work in real life?

First off, this is how limos should be. This car suits silent driving more than any other in BMW’s range, I reckon. So laid back is the rest of the 7-Series’ behaviour – air suspension means it rides impeccably smoothly, while wind and road noise are conspicuous by their absence – that gliding along in it, utterly discreetly, feels very natural.

Which makes it a shame that the electric-only range is only 29 miles. And in the real world, far less. I don’t have the option of plugging in at my flat, so often used the car’s battery charge mode on long journeys to give me as much EV range as possible when I got home.

Doing so saw me arrive back with 26 miles. The next day – admittedly a chilly one, in need of a heated screen for a few moments and the air con cranked up – saw me manage six miles of my congested London commute before 26 had become zero, and the engine was kicking in. 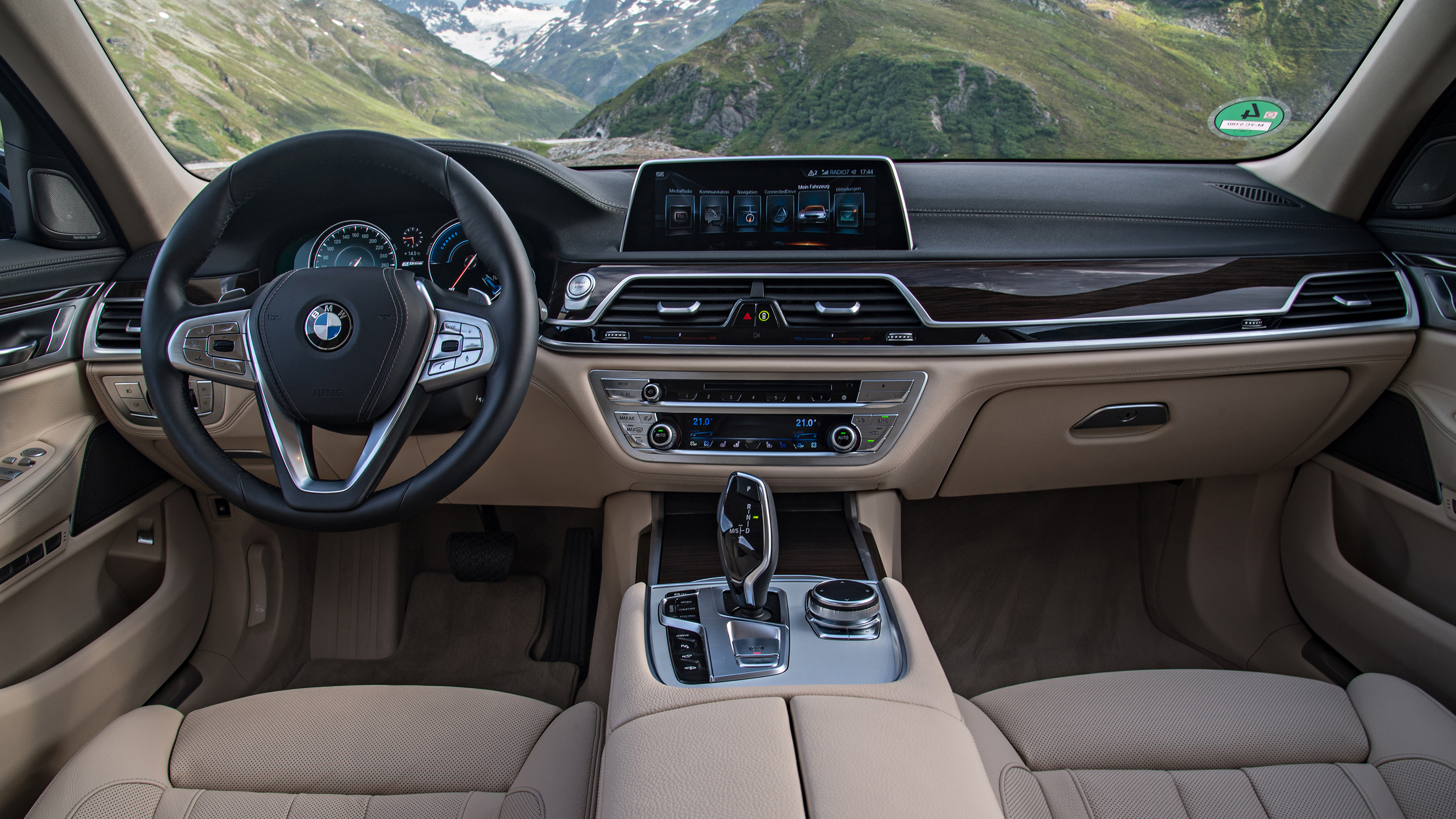 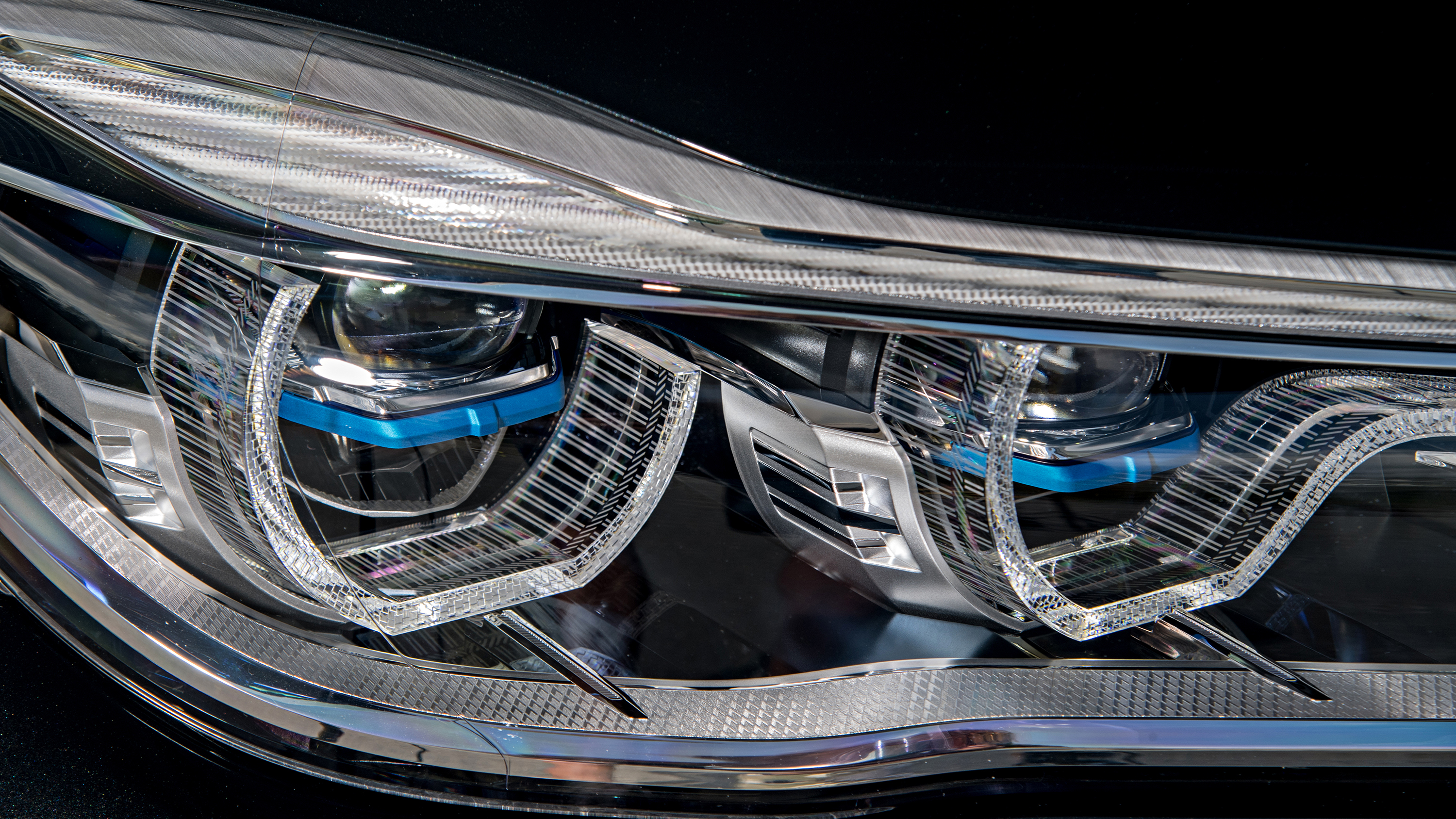 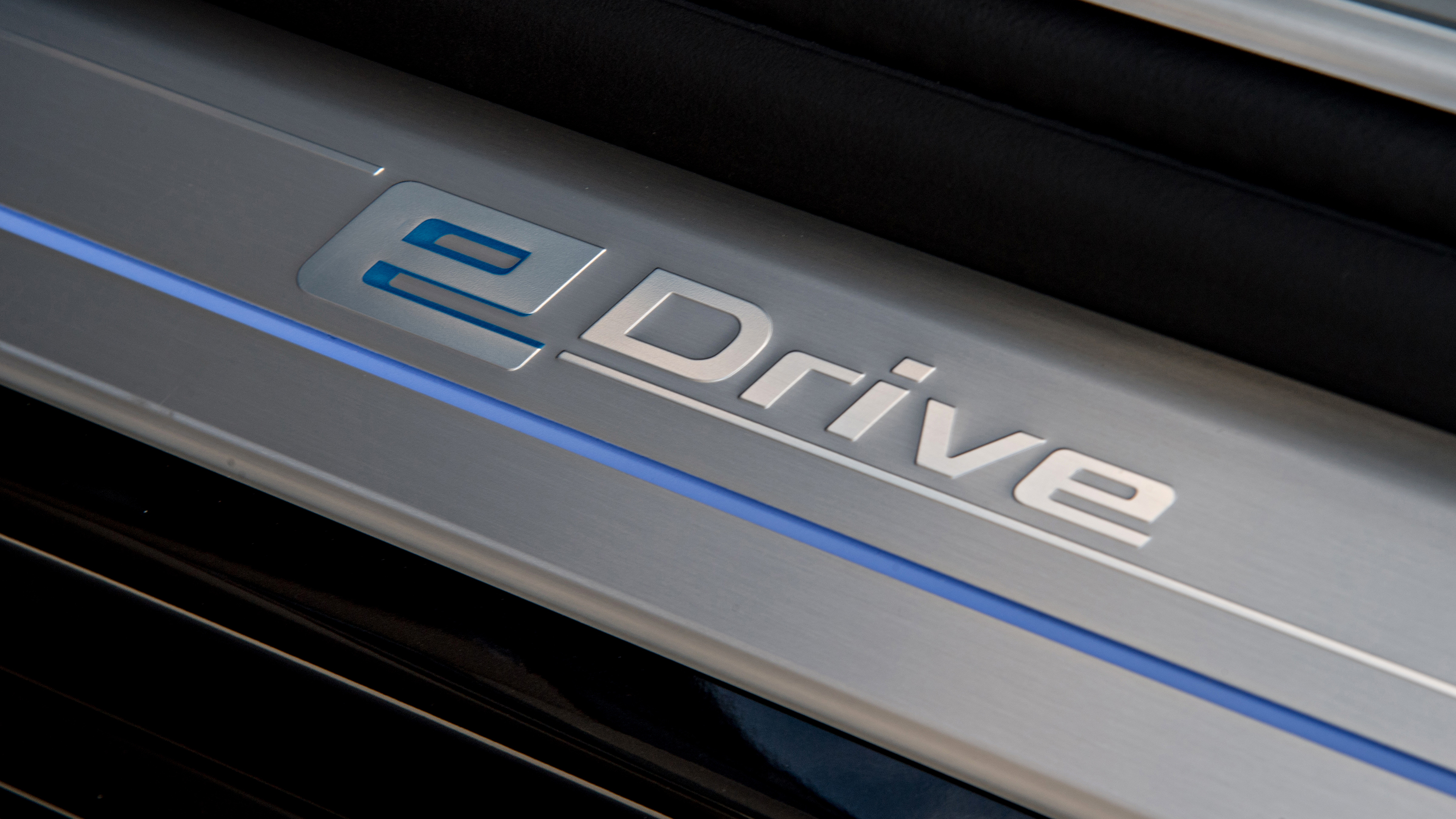 Aren’t BMWs about relishing a good petrol engine and a smart chassis?

Perhaps, but the BMW range has properly evolved in recent years, and the 7-Series feels like a different sort of car. With carbon in its chassis and BMW’s resolved AWD drivetrain beneath, it’s still a car with a level of agility you’d think beyond its 5.2-metre length and two-tonne weight, but a Jaguar XJ remains the drivers’ choice in the limo class.

Downsides are a gruff engine note when you deploy the full powertrain for quick acceleration, and very little brake pedal feel when the car is accruing maximum energy while you’re stopping.

For being passengered in, though, I imagine this 7-Series would be a joy. Tech and screens are abundant, as you might expect. And in this long-wheelbase, 740Le form, the rear quarters are massive.

For briskly and quietly mooching between important city meetings, it would probably be quite the stress reliever. Especially if you’ve specced the £8,425 ‘Executive Lounge’ option, which brings heating, ventilation and massaging to the back seats.

I bet you can fill the BMW 7-Series with tech.

Of course. And the great thing about the 7-Series is how easy it makes it all to digest. So its cruise control, with semi-autonomous steering function, is operated with two simple button presses.

A Tesla is considerably smoother at driving itself on the motorway, but until the law properly catches up, I’d argue such matters are a touch irrelevant. You’d bet on BMW making it smooth by the time you’re actually allowed to drive hands-free.

The chassis and powertrain feel almost infinitely adjustable, with sub menus beyond the usual Sport, Comfort and Eco modes, but again, it shouldn’t take too long to figure it all out. The head-up display – while a pricey £1,150 option – is damn good too, making lots of information very quick and safe to process.

A more affordable option, at £160, is gesture control. It’s also less successful, and I found it more distracting to fiddle with the stereo’s volume as if operating a finger puppet than merely pushing buttons on the steering wheel.

So is the hybrid the one to have?

As a private buyer, you probably want the diesel, which will deliver much greater real-world economy, and more torque. If a bit more noise, too. While BMW claims up to 134mpg from the 740Le xDrive, I averaged 33mpg. Without plugging it in, as I mentioned. But the small mileage a full charge allowed suggests the figure wouldn’t soar if I had charged it from the mains.

But as a business user, choosing a car based on the tax bill its CO2 emissions dictate, then the 740Le’s claimed 56g/km – and resulting 11 per cent BIK rate (it’s a mere seven per cent for the standard wheelbase, RWD 740e) – could convince you to pick this above other Sevens. Not only could it save you a pile of cash, but it’ll soothe you like few other limos in the business at the same time.