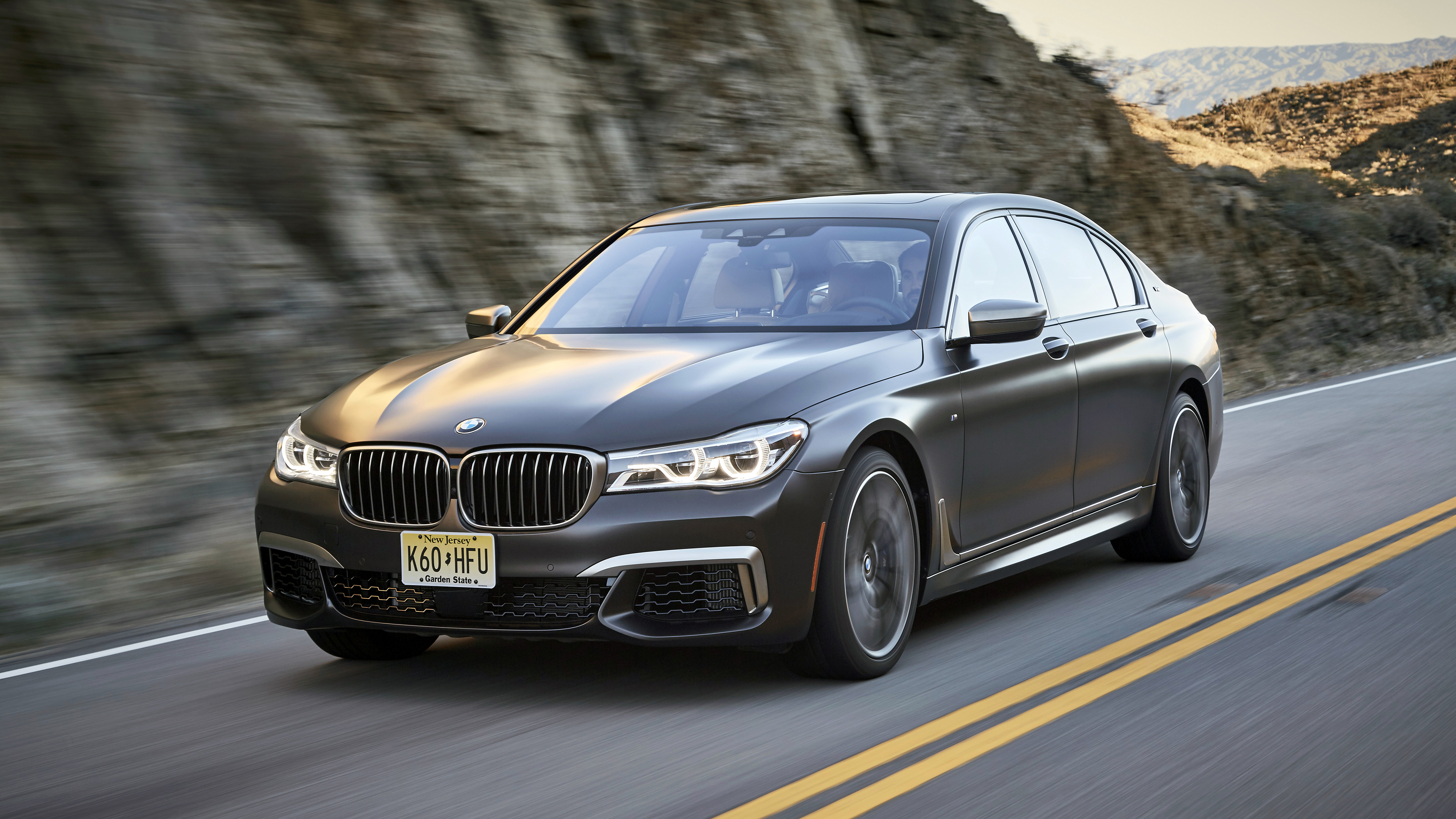 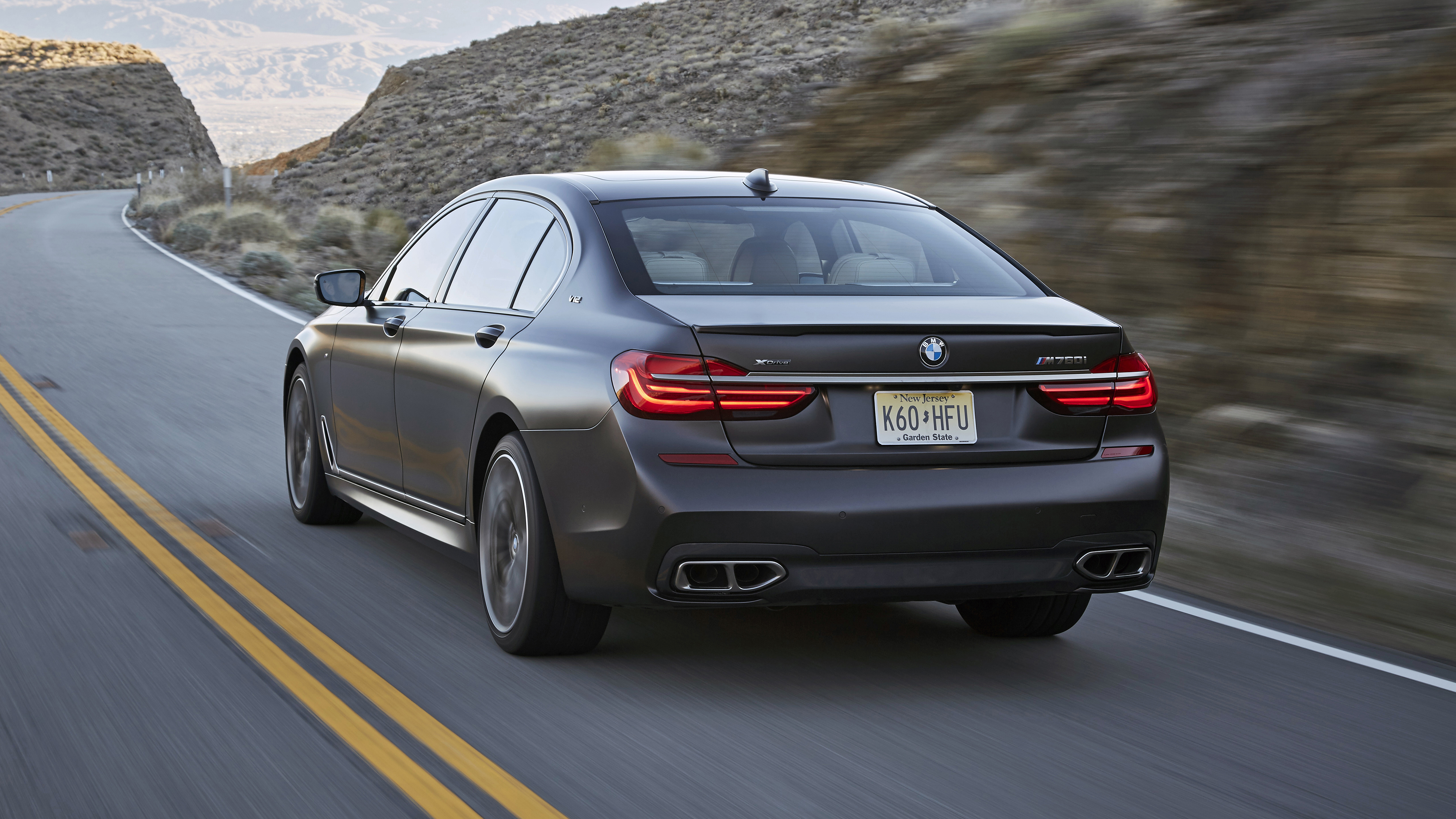 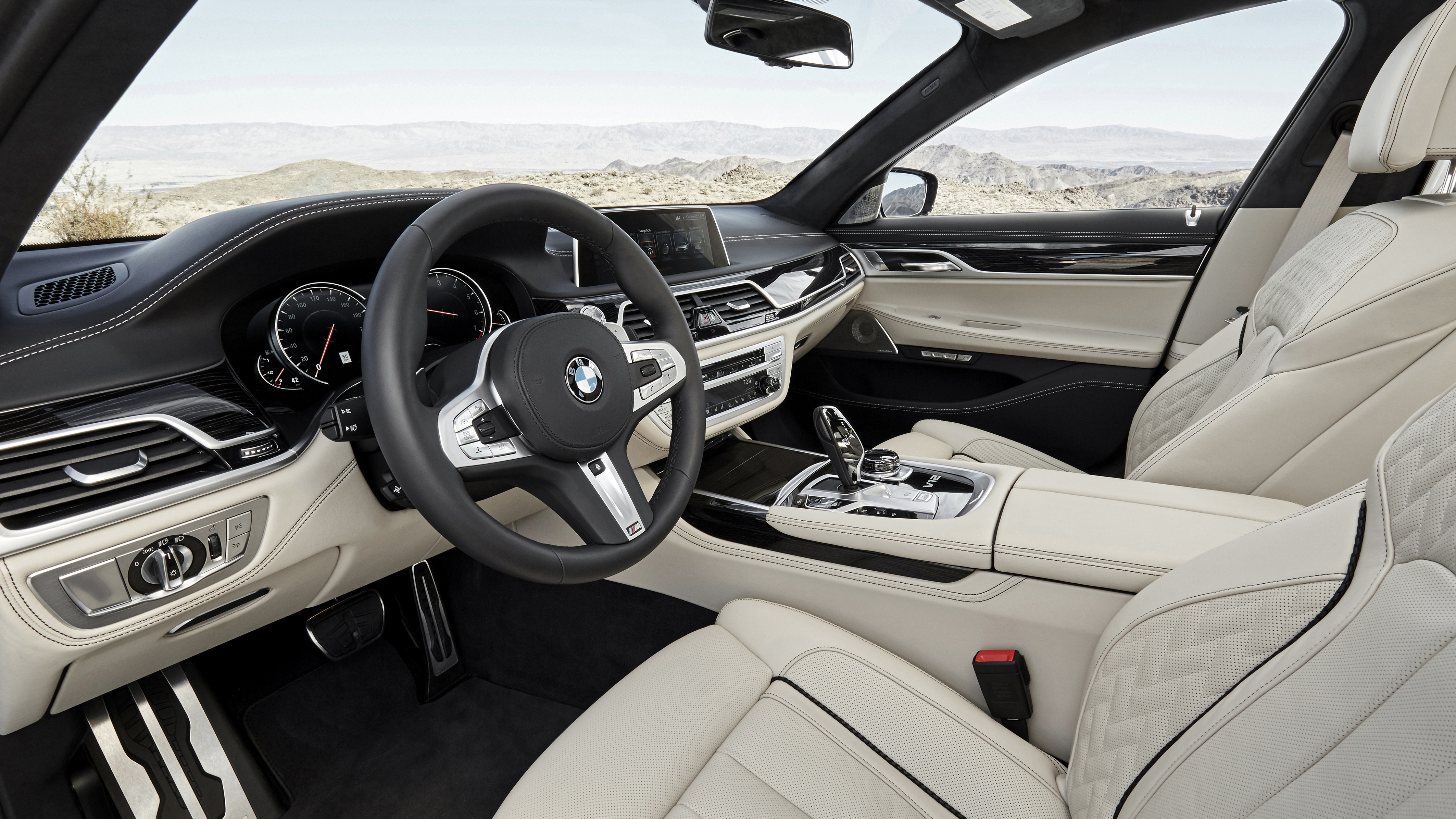 Did you glue those V12 badges on?

Nope, this thing really does have a V12. One of 6.6-litres, twin-turbochargers and 602bhp and 590lb ft. Basically the same engine you get in a Rolls Royce Ghost. It is brilliantly, unarguably and brazenly superfluous. Especially in Britain, where we suspect you’ll be able to count the number of so-equipped 7 Series BMW manages to sell on one, immaculately manicured hand. It’s called the BMW M760iL – iL for ‘incredibly long’, no doubt – and it costs over £130,000. Welcome, everyone to the most powerful BMW production car of all time.

Blimey. Thought the i8 was BMW’s flagship?

It is, in the sense it’s got doors that scream “I’m considerably richer than you, mate”, much carbon-fibre and a trick hybrid drivetrain that pairs a couple of e-motors with the 1.5-litre three-cylinder engine from a Mini. An i8 is £115,000 – considerably less than the M760.

And you might think that, what with it weighing as much as a small moon and being roughly the size of one too, that for all its cylinders, turbochargers and driven wheels (all four of them, incidentally), the M760 isn’t actually that quick. Well you would be wrong. It accelerates from 0-62mph in 3.7 seconds (yes, three) and won’t stop until you get to nigh-on 190mph. For a non-M BMW, this is amusingly unnecessary SPEED.

Not quite. This is not a proper M-car – an M7, if you like – but a semi-skimmed, M-light like an M240i. Fettling has occurred, sure (retuned suspension, more rear-biased all-wheel drive and standard-fit active steering and four-wheel steering), but in no way is this a proper M-car. Which is why we’d be tempted to forgo the big wheels, side-skirts and homemade V12 badges for the no-cost ‘Excellence’ pack, which deletes them all for the stealth, Q-car look.

Fantastically rapid. And it’s that dangerous kind of speed – where you’re so cocooned in leather and isolated from wind-, tyre- and engine-roar that you simply have no concept of how fast you’re travelling. You push the throttle deep into the carpet. And by the time you’ve thought “hmmm, that was nice. I better back-off so I don’t break the speed limit”, you’re doing about a million miles an hour. So quiet, smooth and unruffled is that V12, that, the ease and serenity with which the 760 cruises at truly monumental speeds is really quite terrifying.

But happily, things don’t fall to pieces when you get to a corner. Because the 760 is LWB-only you’re dealing with much mass and length (5.2-metres and 2.2 tonnes), but all-wheel steering means it corners purposefully and quickly. xDrive grip helps here. It’s not ‘fun’ to drive down a winding road in the traditional sense, but there’s certainly something to be said about having so many readily and easily deployable horsepowers beneath your right foot.

The gearbox is the same eight-speed auto you get on regular 7 Series, and it handles the power/torque just fine. There’s the odd thunk at town-speed, but for the most parts shifts are smooth and incisive.

If you are a reasonable, right-thinking member of society, no. You should under no circumstances buy a £130,000 V12-engined BMW 7 Series, however appealing you might find the idea. You moron. Even with the V12 the 7 Series remains a car best experienced from the rear-seat, and if you’re buying one for that reason frankly you may as well get the smallest petrol/diesel you think gives sufficient motive force and spend the rest on fancy leathers and LCD screens.

That would be the logical, sensible thing to do. But the 760 is neither a logical, nor sensible car. So if you have the money, like BMWs, cylinders, stopping for premium unleaded and people thinking you own whichever restaurant/shop/drug-selling establishment you’re parked outside, then go right ahead. But just because you like extravagances doesn’t mean you have to be reckless with money. Wait and buy one of the handful BMW will sell here with a few thousand miles on it for a fraction of the cost. Mark our words – these things are going to depreciate like diesel-engined Volkswagens.