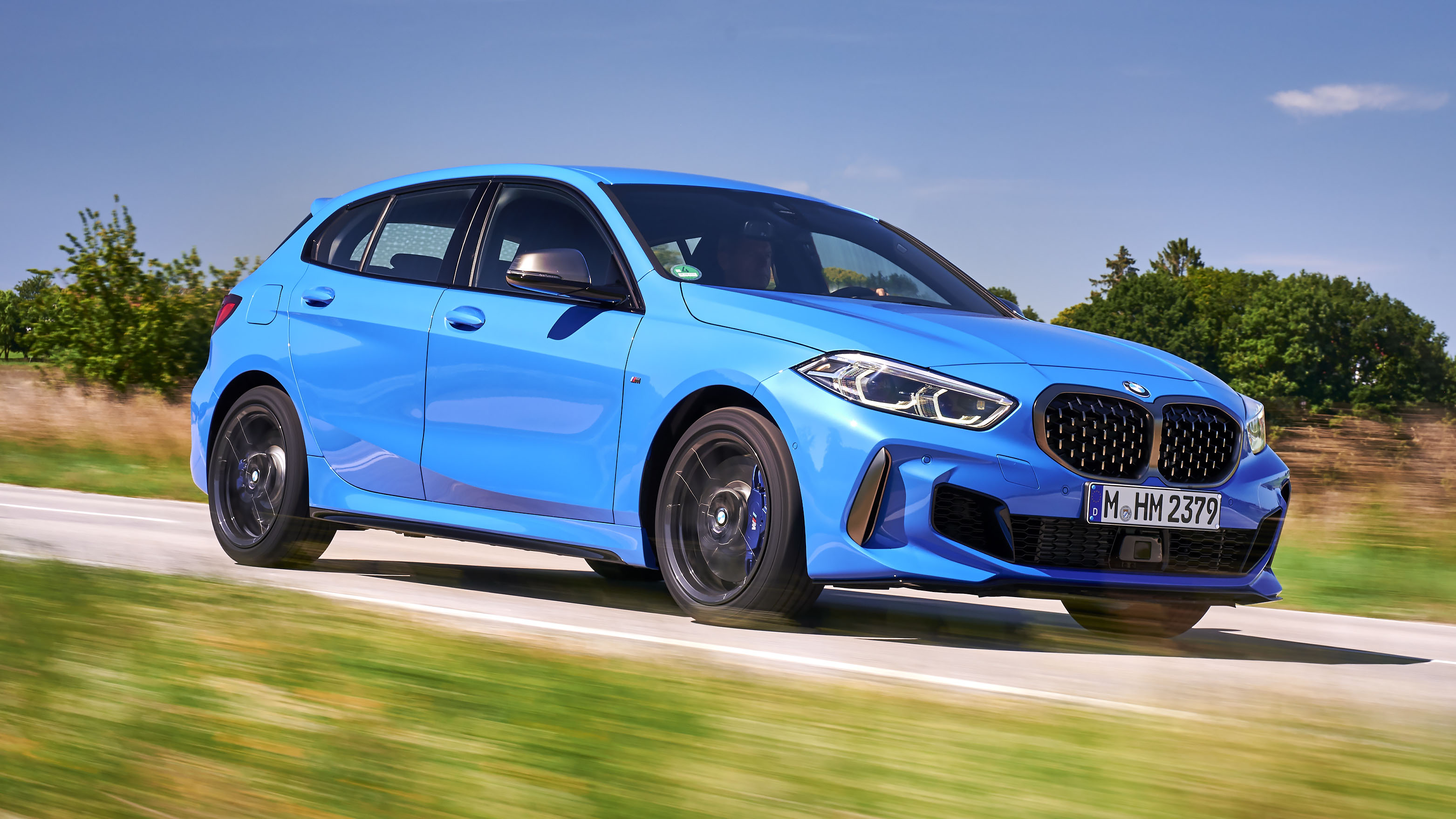 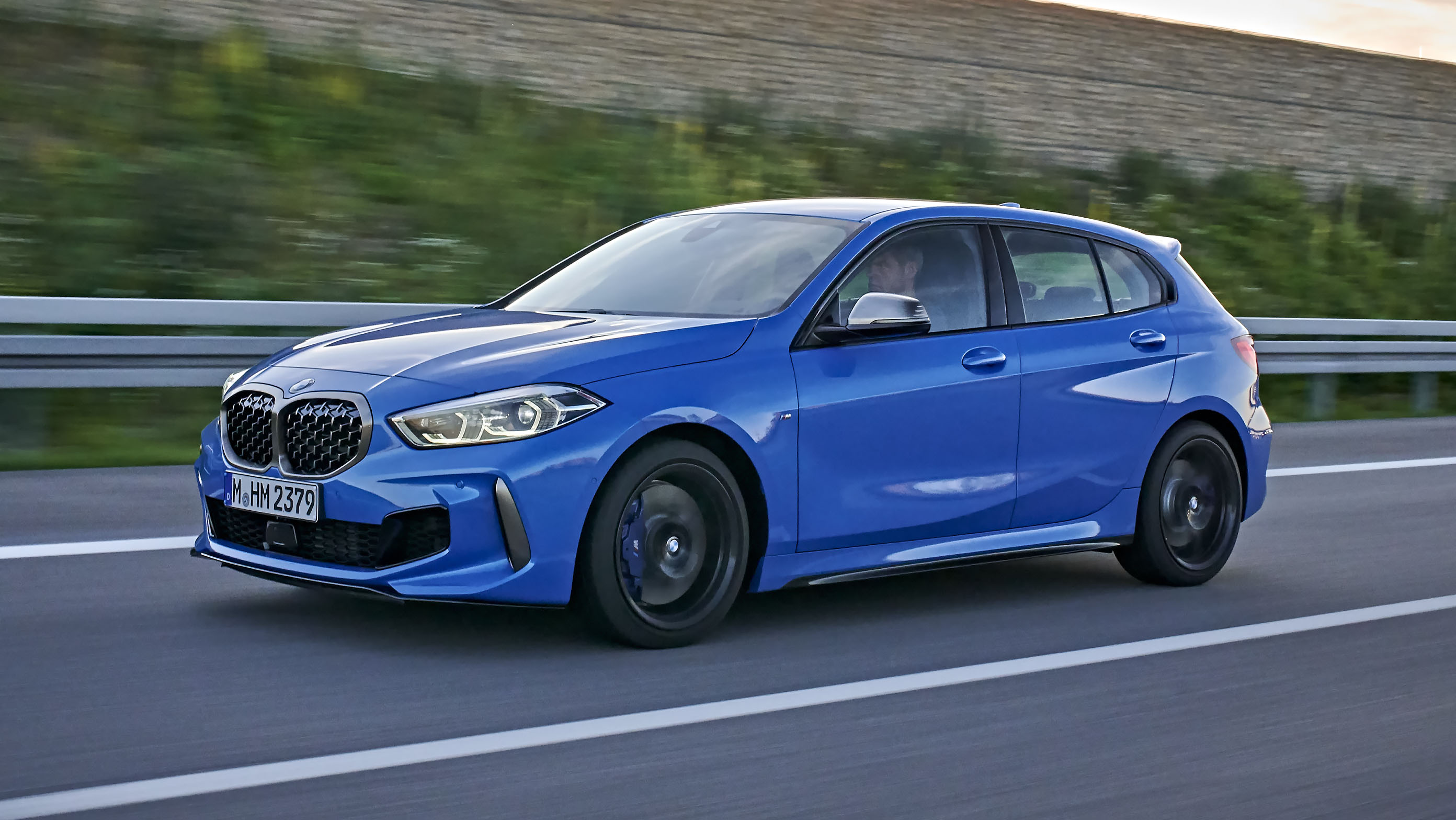 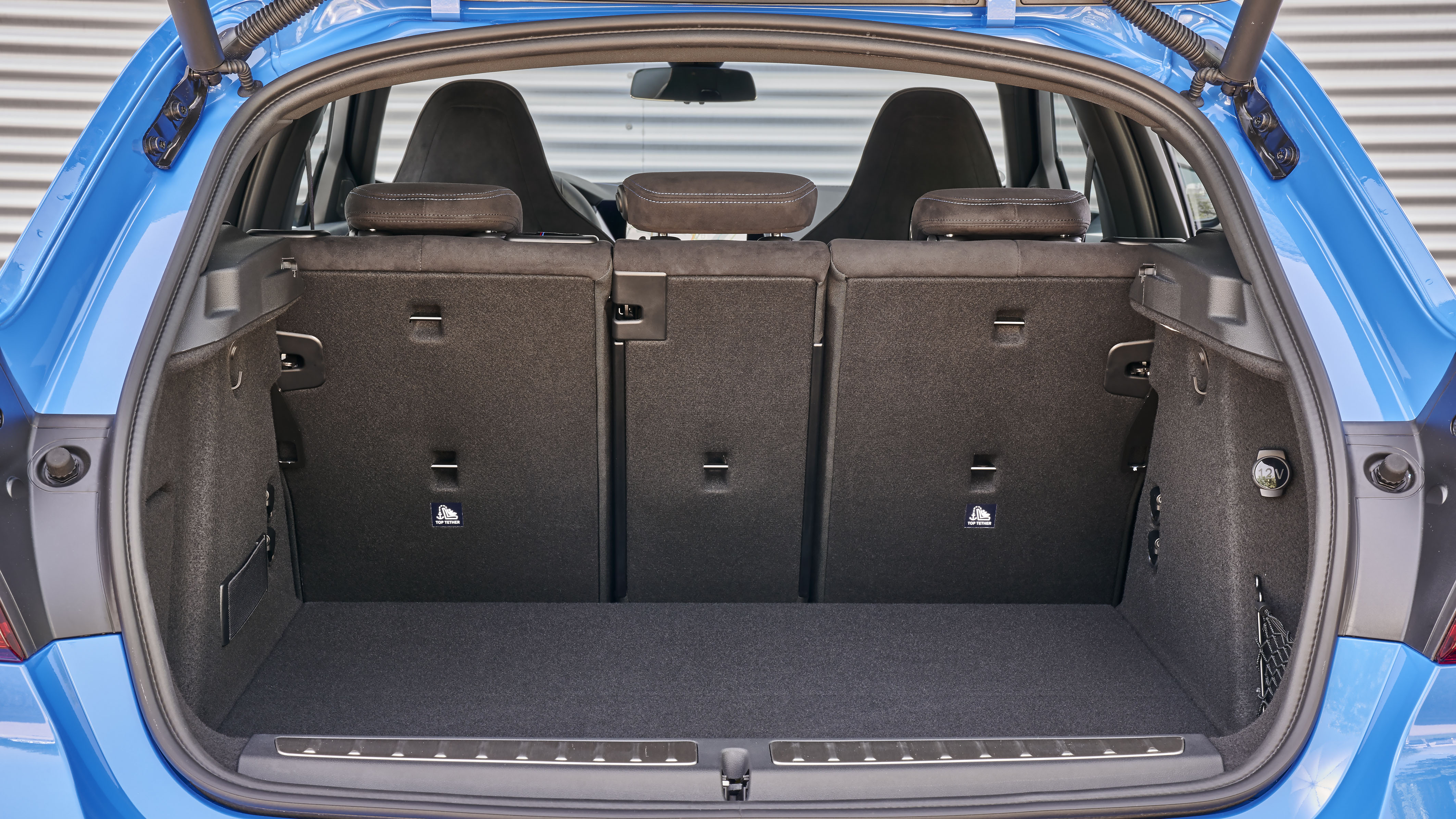 Well the M135i xDrive has 306bhp, more or less enough to pitch against itself against the Golf R and Mercedes-AMG A35. Not the A45, because that's a 400 horsepower monster and the people from Munich have the M2 for that job.

Nope, the M135i xDrive has only a four-cylinder engine, when the old M140i famously had six pistons in a longitudinal formation.

So it's a more normal hot-hatch layout?

Exactly. A transverse 2.0-litre turbo engine, basically front-drive in normal circs, but able to dispatch half of the torque to the rear when you need it. Also it's got an actual mechanical Torsen diff at the front. And adaptive dampers. And strut braces.

Alright, performance first. Up to snuff?

They claim 4.8 seconds to 62mph, so no slug. The engine is a new 306bhp version of the 2.0-litre four-cylinder, and there's torque and response everywhere, despite the fact they lowered the compression ratio to allow more boost.

It doesn't get strained revving to 6,600rpm, so I told the engine development chief I'd ignored the 6,000rpm red-line and he didn't look upset. It sounds slightly coarse in the high register, but that's honest enough. The speaker-based sound enhancement at low revs is a bit boomy for my taste, but YMMV.

They tuned the eight-speed auto 'box to slam the shifts through at full throttle, but it's smooth when you're being sedate.

But not the tail-out capers of the M140i?

Well no, but most people got the optional 4WD for the M140i anyway.

The M135i xDrive's grip is colossal, at least on a dry day. If you find a well-sighted second-gear corner and use real abandon, it'll do a playful little squirm. Provided anyway you've loosened the traction control and hit Sport mode, which affects torque distribution.

Otherwise it's all a bit speed-by-numbers, a bit mute, not an interactive terrier. I came away thinking it'd be more fun in the wet.

The car I tried was on adaptive dampers. The difference between modes isn't great, but worth having. And it's able to soften itself enough for painless urban or long-distance transit.

Nope, it's relatively subtle. But look hard and you'll see a special bobbly grille, big-smiling lower bumper, and slightly extended sills. Out back it's a high rear spoiler plus restyled bumper.

If you need your 300bhp hatch to announce itself like a pearly king, Honda's still the go-to.

Mind you an optional set of wings, flics and other fake-carbon malarkey inhabits the BMW M Performance accessories catalogue if that's your bag. It isn't ours.

Have they decorated the cabin?

The seats are supportive numbers with one-piece back-rests. Grippy suede and tech-fabric seats with lots of blue shading, and blue stitching elsewhere, were on the German-spec car I drove but the UK catalogue seems to be leather-only in plain colours. The M tricolour stripes on the seatbelts is always worth a second a lap.

As for the rest of the cabin, see our main BMW 1-series review here.

Well, there's plenty of standard equipment, and if it's a company car the 155g/km CO2 isn't at all bad.

But is it really so special?

It's a ceaselessly competent all-rounder, which sounds like a brush-off. It's also fun when you really shake its tree. Which matters. It goes toe-to-toe with its rivals.

But for a few years it'll probably be seen in the context of a BMW that had no direct rivals: the old M140i. That was a flawed machine actually, a bit too numb in the steering and bouncy in the damping to be a real champ. But even so it did have six cylinders and could be the hooligan if you wanted.

The M135i is more practical and real-world faster, but speed isn't everything.