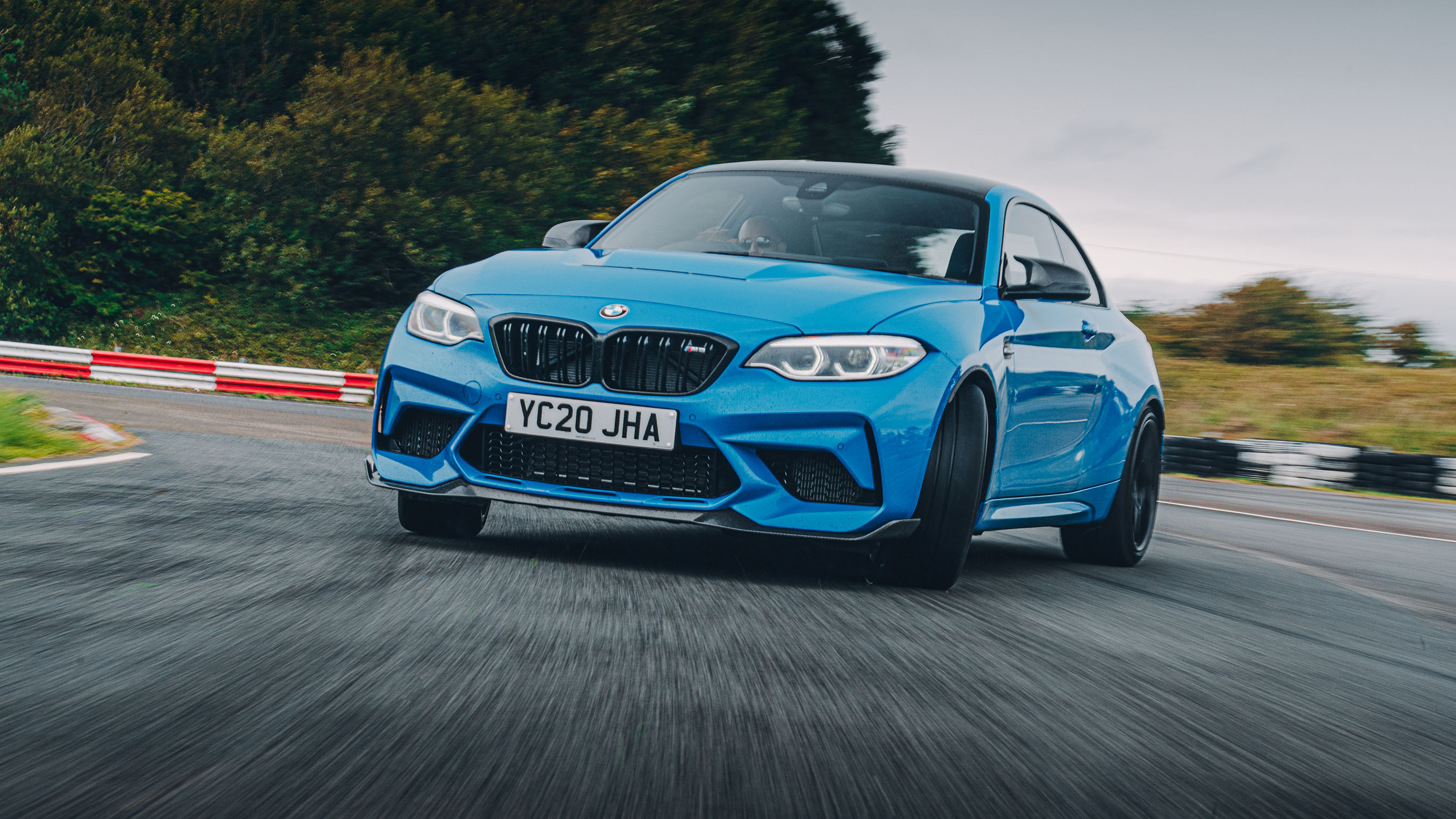 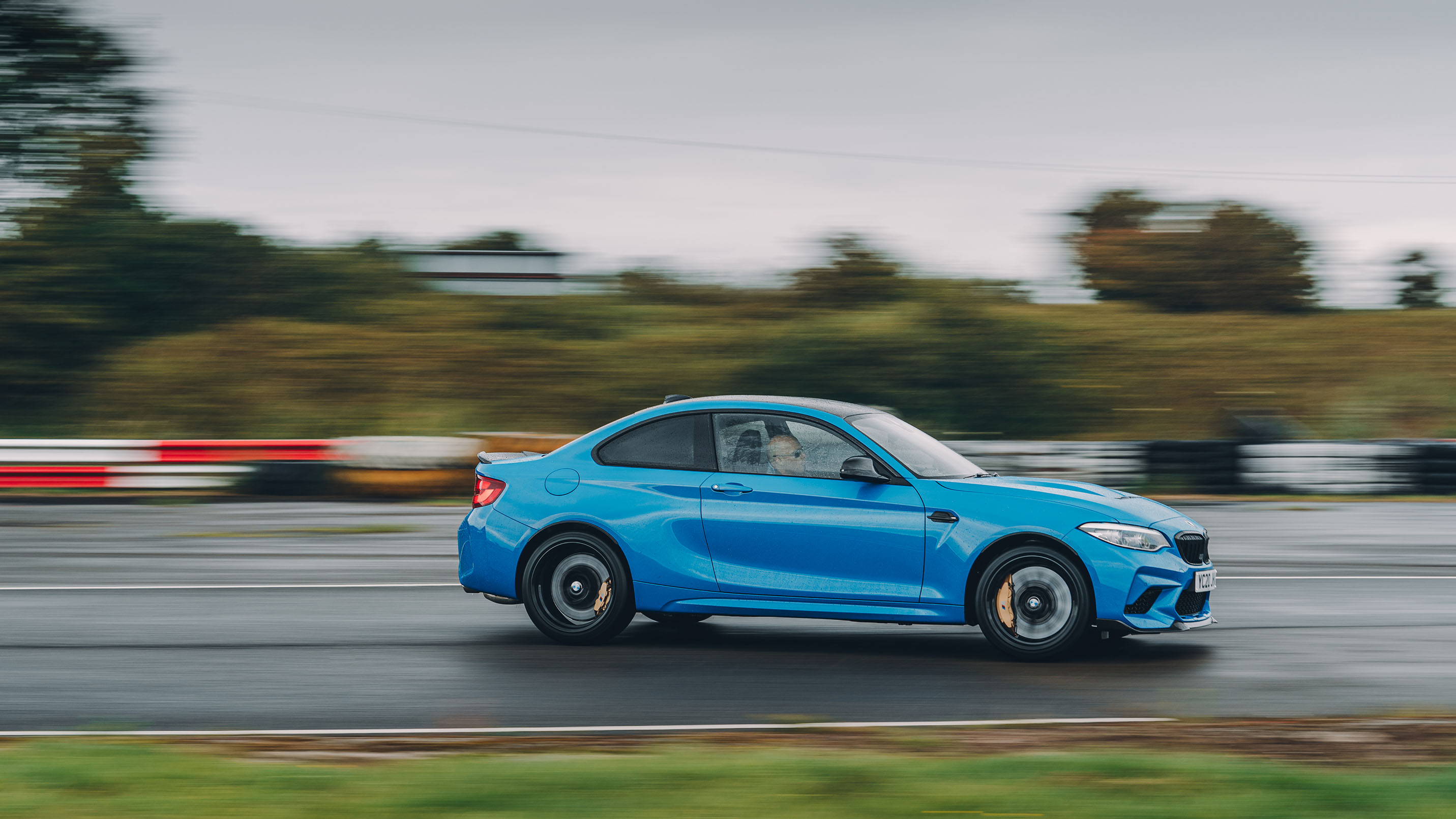 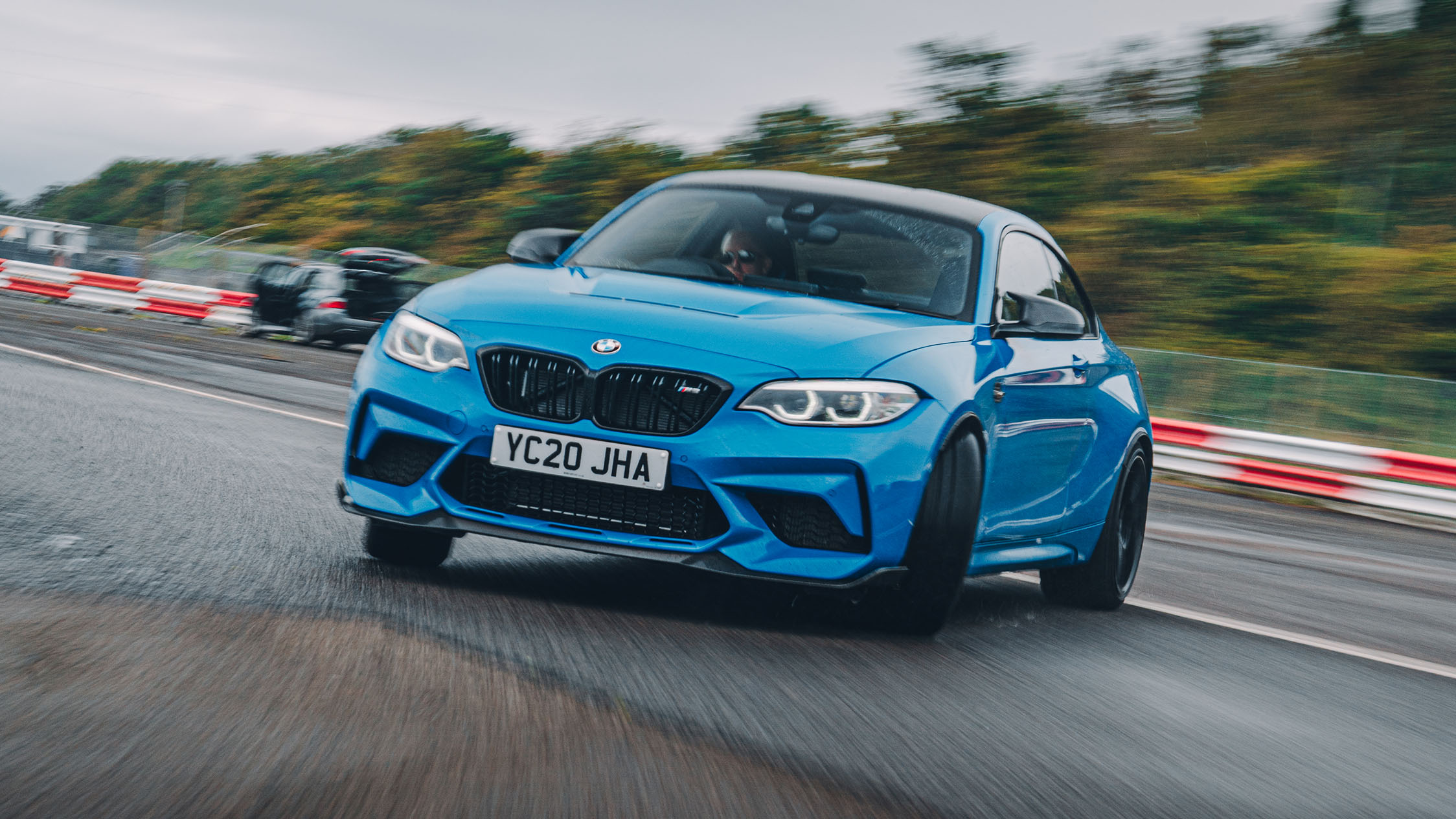 Bulldog-on-‘roids stance, friendlier balance than an M4, still practical enough to use every day

Doesn't sound as special as it looks. An M2 Competition is miles better value for money

A BMW M2 missing an armrest. Which is frankly a bit annoying. In a normal M2, you can cruise with your elbow on a leather shelf, under which your phone lies charging, safe and out of sight. But because the M2 CS is the ultimate, hardcore, driving enthusiast’s version, pathetic luxuries like ‘an armrest’ have been lobbed in a skip. This leaves your charging cable slopping untidily around the cabin, and forces the driver to lean awkwardly like a teenager at the school disco.

The answer: don’t cruise. Leave your phone at home. The M2 CS is a very special bit of kit indeed: a love letter to this generation of small two-door M car before it’s replaced later this year. So, sit up straight, grab it by the scruff of the neck, point it down a twisty road, and revel in what BMW’s M Division can do when it’s not being bogwashed by the marketing lemmings into building bodykitted X4s.

What we have here is an M2 Competition with more power under its new vented bonnet, more cornering bite and more attitude everywhere else. The ex-M4 engine – a 3.0-litre twin-turbo straight six - has been turned up from 404bhp to 444bhp. Bit close to its big brother? No matter – the M4’s now on hiatus until the new version hits the roads, so BMW’s underdog can finally step out of its shadow.

Interestingly there’s no more torque than in an M2 Comp – it remains 406lb ft. Still, that’s a whole heap in a rear-drive dodgem like this, and the result is 0-62mph in 4.2 seconds if you can swap your own gears fast enough, or 4.0 seconds dead with the optional £2,100 seven-speed DCT paddleshifter.

Underneath, the now-standard adaptive dampers are stiffer. The electronic limited-slip differential has been plugged into The BMW Matrix and returned even more repulsed by understeer. You can, of course, turn all the safety systems completely off, but the CS also lets you have more slip in the halfway-house M Dynamic Mode. It dares you.

The exterior spec is stunning. All CSs ride on lighter forged 19-inch wheels wrapped in sticky Michelin Cup tyres. There’s a jutting carbon fibre splitter teamed with an equally overt bootlid ducktail. The carbon roof features a new chequerboard pattern. Inside, you sit among lashings of carbon, Alcantara and M badges.

Don’t however, mistake the M2 CS for a lightweight, stripped-down track day special. It comes as standard with air-conditioning, fully-fledged iDrive infotainment, and two very useable back seats. Even though the bonnet and cabin trim are made from carbon fibre, it’s no lighter than a standard M2 Competition, because of the standard-fit adaptive suspension putting kilos back on board, and a beefed-up cooling system to take advantage of the new bonnet vent. At 1,570kg it’s a right old lump, in fact.

Plenty of metal for your money, then. BMW’s run-out special editions are often eye-wateringly pricey, and it’s the same story here. The M2 CS will set you back a truly ma-hoosive £75,355. That’s near-as-dammit £25,000 more than the wonderful BMW M2 Competition – which was already a huge step on from the original M2. And they, don’t forget, have an armrest.

So, is BMW having a hearty Bavarian LOL at your expense with the M2 CS, or has it built the ultimate sports coupe for the discerning, wealthy few? 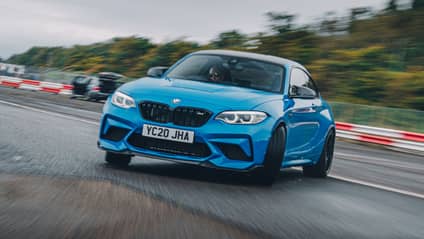 What sort of attitude do you approach this car with? That’s what you’ve got to ask yourself. This is a great little sports car – entertaining at social road speeds, alive beneath you, but without veering into intimidation. It looks bloody spectacular when stationary and downright evil bearing down in your mirrors, or surging past you on a wave of torque with a cackling exhaust. To see the M2 CS is to want one.

If you merely view it as a stopgap between M4s, or a jumped-up Cayman GT4 rival, you’re likely to be non-plussed. Much as we love this tenacious little tyke, it’s bloody difficult to rationally argue it’s worth £75,000, even with its bespoke tri-nostril carbon bonnet and aero features. Only if you’re regularly hooning around a track will the CS’s superior cooling become necessary.

The chief problem is the enemy within – the utterly superb £51,000 BMW M2 Competition. Only to the most hardcore track day goers – or badge snobs – will the CS truly warrant spending half as much again, just to get the top model. Particularly when more than one after-sales tuner will happily wring the 40bhp difference out of the Comp’s engine for a whole lot less coin…

But, if you can afford it, and you want possibly the most downright desirable product of the M Division since the semi-legendary BMW E46 M3 CSL, you’re going to love the CS. And here’s why.

It feels like a car raging against the dying of the light, enjoying one last hurrah to the max before it itself is replaced, and against the wider backdrop of hybridification and legislation cracking down on the unmitigated joy that is a little car lobbing a big engine’s lump of poke to its back wheels. BMW’s been at it for a while, but it just never gets old, does it?

That said, for this money, we’d be knocking on Stuttgart’s door and asking for a two-seater for Sunday morning smiles. The rest of the week, the sublime M2 Competition will do damn near everything almost as well.