Read why you can trust our independent reviews
Top Gear Team
Published: 19 Nov 2021
Skip 20 photos in the image carousel and continue reading 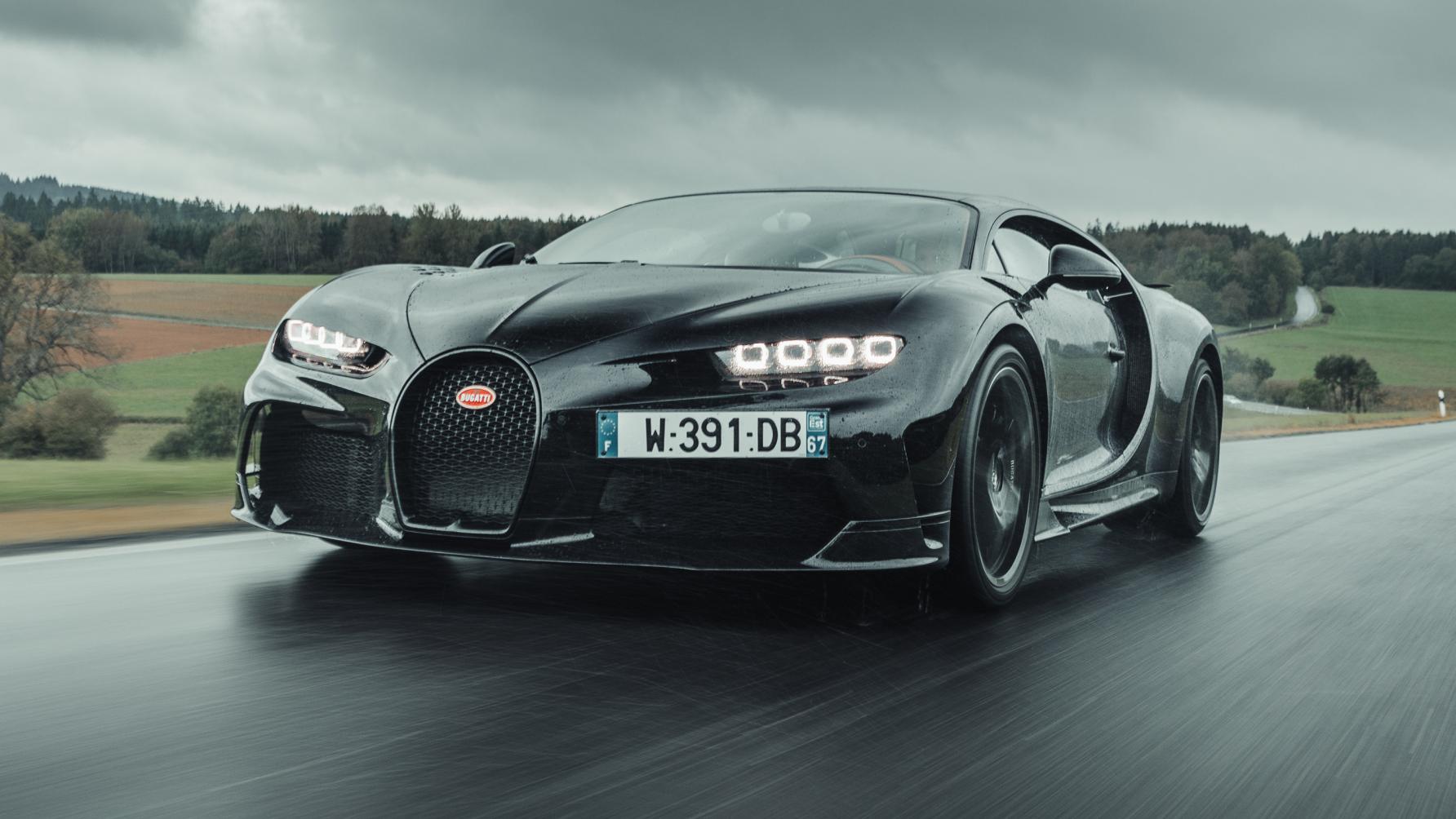 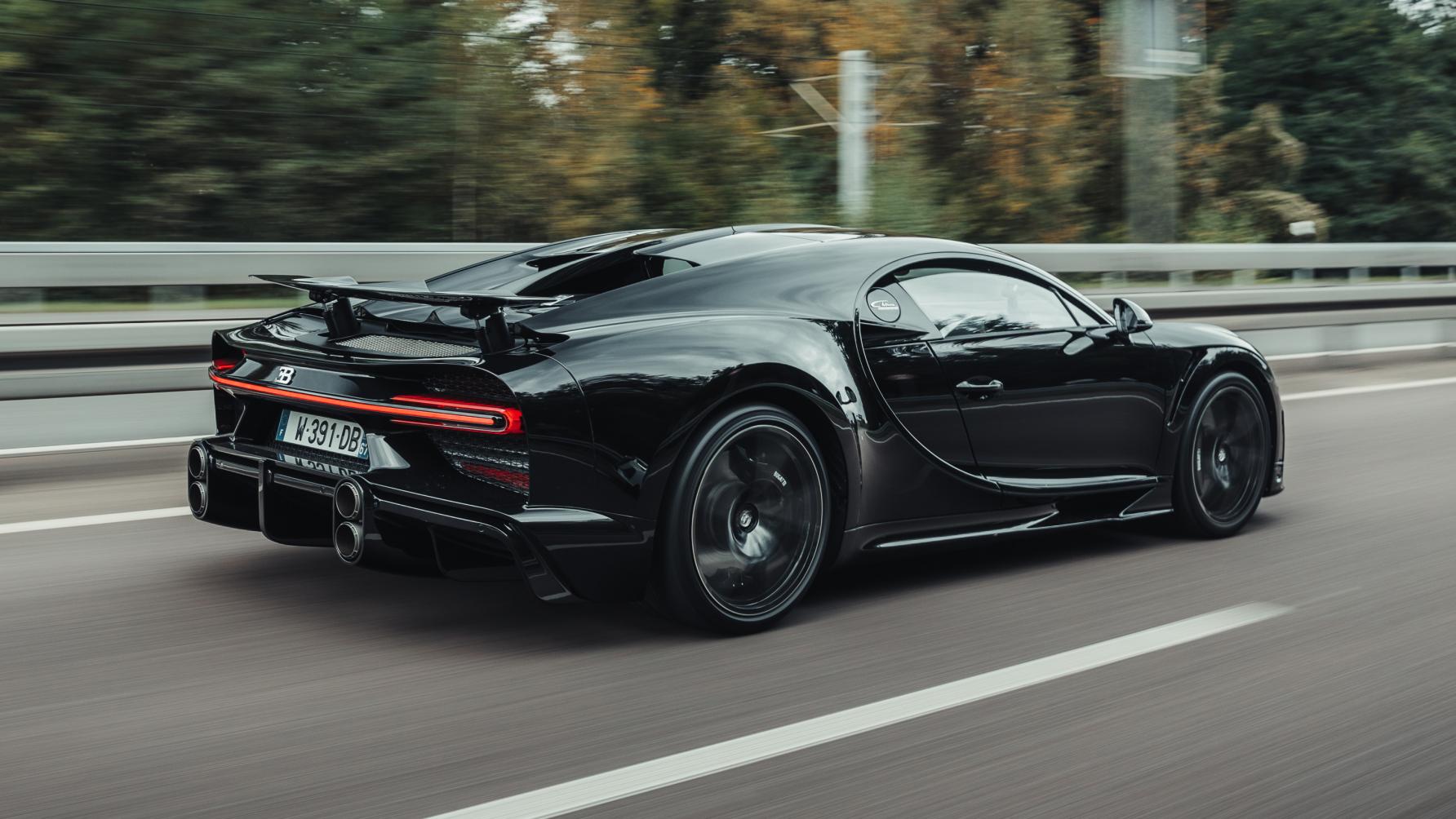 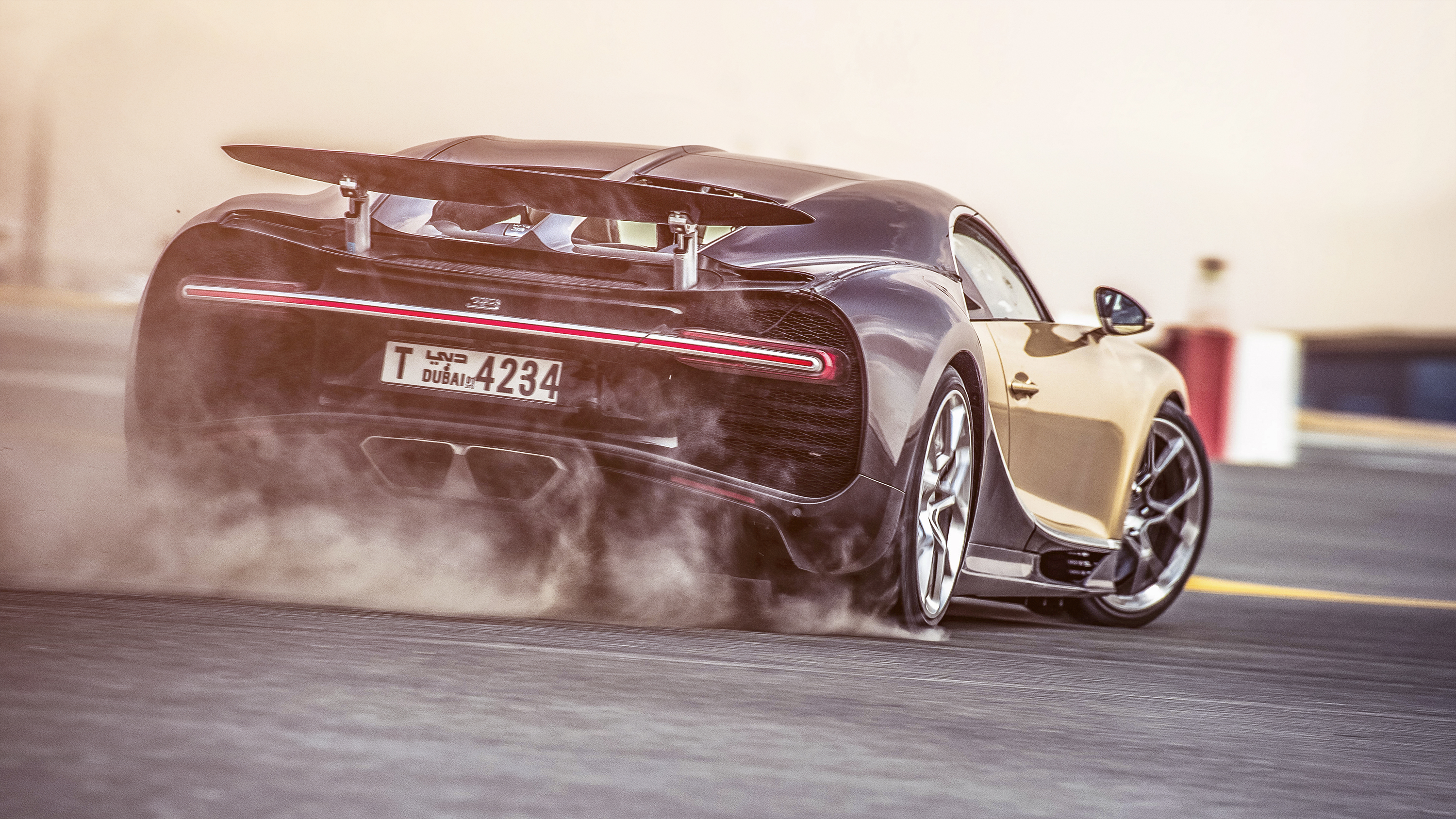 1 / 20
Advertisement
“Veyron's successor is a car that does things no other car can; one with a distinct personality ”

The Veyron’s reign as the world fastest production car is at an end, and the usurper comes from within. Yes, the £1.9m Chiron retains the Veyron’s fundamental proportions and powertrain, but it’s new in every other conceivable way, and built to bend physics to breaking point.

The Chiron is not a hybrid. Unlike its closest competitors – the McLaren P1, LaFerrari and Porsche 918 - it relies solely on fossil fuels. Its engine is a development of the Veyron’s 8.0-litre quad-turbo W16, its gearbox a strengthened version of the Veyron’s seven-speed twin-clutch, and like the Veyron it deploys its immense power through all four wheels.

“If we went with hybrid we would have added additional weight. We would have experienced package constraints, too, because this car doesn't have any areas where you can put additional stuff, so the styling would need to change,” Wolfgang Durheimer, Bugatti’s CEO explained. “We will dramatically raise the bar in terms of top speed, we will dramatically increase the power by 25 per cent, the aerodynamics are better, the road holding is better. We didn't need a hybrid.”

Whereas the Veyron Super Sport produced a piffling 1183bhp and 1106lb ft of torque, the Chiron develops 1479bhp and 1180lb ft. Oh, and at a constant top speed the Veyron could drain its 100-litre fuel tank in 12 minutes, the Chiron can do it in 9.

Then there’s the top speed, which Bugatti has limited to 261mph on the standard Chiron - a token 3mph more than the Veyron Super Sport - but raised to 273mph on the £2.6m Chiron Super Sport. That’s the elongated and pumped-up version that Andy Wallace drove at 304.773mph in 2019 – the first series production car to break the 300mph barrier. Well… a close approximation of it at least. You see, off the back of that speedy day out at Ehra-Lessien, Bugatti announced it would build 30 Chiron Super Sport 300+ special editions, visually and mechanically based on the record-breaking car (albeit limited to 273mph for tyre and life preservation purposes), with the same 8.0-litre quad turbo W16 engine boosted by 100 to 1,578bhp, all 30 in the same black-with-orange-stripes livery and costing £3m each. On top of that there’s the mechanically-identical ‘standard’ Super Sport model available in any colour you like… so long as you don’t copy the 300+ edition.

Key to the engine’s swollen power reserves are four larger turbos that work in tandem to deliver maximum torque from 2000 to 6000rpm – that’s across 70 per cent of the engine’s full operating range.  The two-stage system only calls on two turbos up to 3800rpm, to improve throttle response, and all four beyond that. A new titanium exhaust system helps out by reducing back pressure compared to the Veyron and houses two enormous catalytic converters – each six times the size of one you’ll find in a Mondeo. There are six exit pipes in total – four sticking out the back and two pointing downwards to create a blown diffuser – a downforce-boosting technology proven by, then subsequently banned in F1.

Everything about the Chiron’s powertrain is super-sized. An improved charge air cooling system means 60,000 litres of air per minute are pumped through the engine, while the coolant pump can circulate 800-litres in the same time. According to Willi Netuschil, head of engineering “temperature management is one of the biggest problems”. In total there are 10 radiators crammed under the Chiron’s skin.

With great power comes great need for big brakes, so the front and rear discs are now 20mm larger, 2mm thicker and made from carbon silicon carbide – a material that’s both lighter and more resistant to fade. Clamping them are eight-piston calipers in the front and six-piston at the rear – each piston a subtly different diameter to keep brake wear even.

The tyres, now 14 per cent wider at the front and 12 per cent wider at the rear, are wrapped around larger rims – 20-inch front and 21-inch rear – and built to withstand otherworldly forces. They need to be, as each gram of rubber is exposed to a centrifugal force of 3,800G. A bigger contact patch on the road means better braking, acceleration and wet-weather grip, while the updated four-wheel drive system uses electronic diffs on the front and rear axles, allowing fine control of the handling characteristics. More on that in a bit...

As a starting point for the world’s fastest car Bugatti uses a new carbon-fibre monocoque (each one takes four weeks to make), with a carbon-fibre rear-subframe attached to save 8kg versus the Veyron and boost rigidity, while the entire package is wrapped in a carbon-fibre skin. Bugatti claims torsional stiffness is now up there with an LMP1 prototype, while a new electric steering system and suspension bolted directly to the monocoque means it should react to inputs faster than a 1995kg car has any right to.

“The Veyron’s reign as the world fastest production car is at an end, and the usurper comes from within. Yes, the £1.9m Chiron is built to bend physics to breaking point”

The Veyron’s significance transcends its obvious performance qualifications. Yes, it was the fastest, most complicated, most expensive thing available at the time, but it also prefaced a new technology language – one that virtually all modern fast cars have now adopted: turbocharging, all-wheel drive and perhaps most significant of all, the dual-clutch gearbox. The Veyron was essentially Volkswagen’s then-boss Ferdinand Piëch showing the world what his vast conglomerate could achieve. It was his Saturn V moment. And it was nearly as costly.

And yet the world never fell in love with the Veyron. It was never a poster car in the mould of a Countach or an F40 – somehow Piëch created a kind of million-dollar Audi Quattro that we respected but didn’t crave and desire.

But the the Chiron is so enigmatic – it goes about its everyday business with a competence that belies just how much engineering has been thrown at it to be able to travel at such remarkable speeds. We expected a facelifted Veyron – we expected to come away questioning the Chiron’s reason for being. Instead we drove a car that does things no other car can; one with a distinct personality.

Which model would we go for? Bugatti will only ever build 500 Chirons, but within that will be a mix of Chiron, Chiron Sport, Chiron Pur Sport and Super Sport. The coachbuilt specials – Divo, Centodieci, Voiture Noire – are on top of the 500. In fact, the standard Chiron and Chiron Sport have come to the end of their homologation run, so if you have a spare few million sloshing around, your choice is only between Pur Sport and Super Sport.

The best way to think of the Super Sport is as the Chiron Streamliner - the Chiron Pur Sport and Bugatti Divo lean more towards cornering, lap times and handing ability whereas the Super Sport at its core is about minimising drag and maximising straight line speed. But it can still handle itself around a track, maybe not to the same extent, but its bandwidth is definitely wider than the more hardcore models. Given the Chiron was always designed as a monster GT more than a track rat, it would be a Super Sport all day for us. 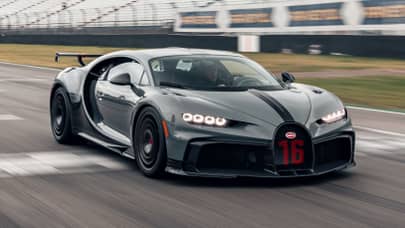