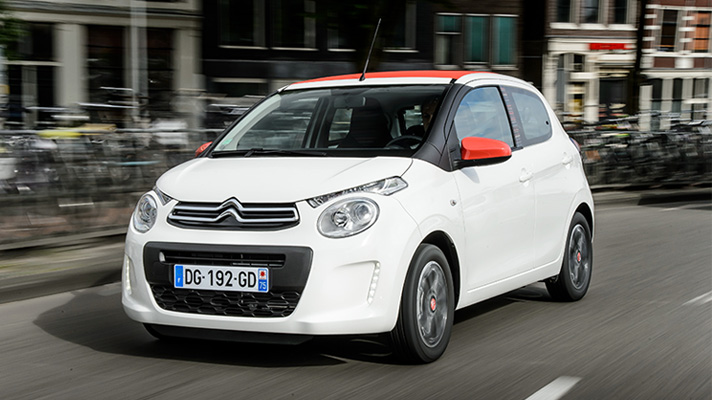 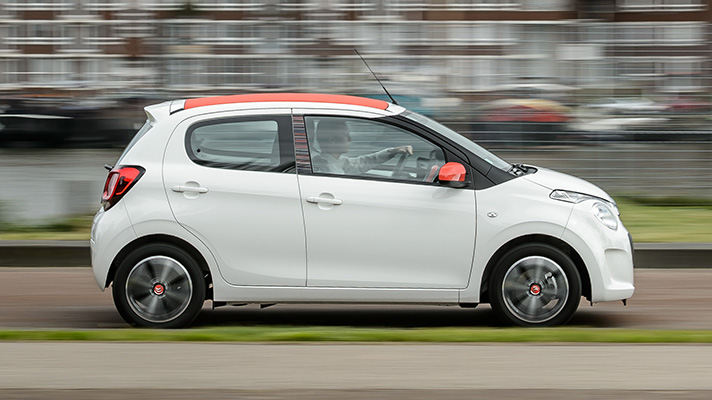 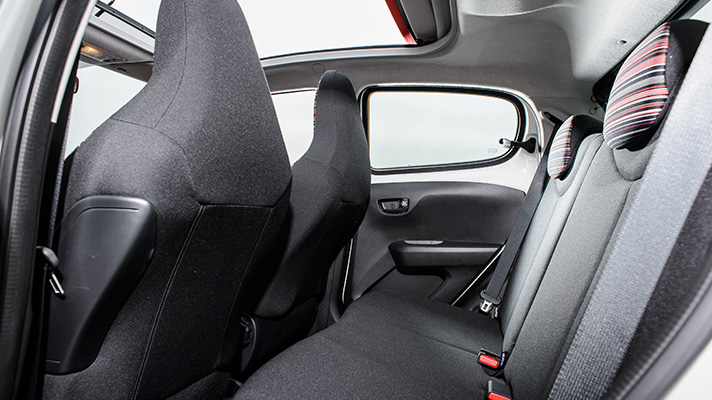 Ah, the Citroen that your Citroen dealer lends you while your DS5 is in for crash repair? A discourtesy car.

Stop it. The new pocket-size C1 doesn't quite feel quite so bargain-bucket as the last one did did.

Just as well, the tiny-car world has moved on.

Sure has. When the original C1 came out nine years ago (with its near-clones the Toyota Aygo and Peugeot 107) the opposition was a bit feeble. Only the last-generation Panda, and some rather ropey Korean fluff. You couldn't buy a Twingo in Britain then, and VW was letting itself down badly with the Fox.

So how does the new C1 cope with a better Panda, very good i10 and brilliant Up?

Let's just say you'll probably buy one of the new-gen Citroen-Toyota- Peugeot triplets because of the equipment or the price, or because you like the look of them.

Triplets? How similar are the Citroen, Peugeot and Toyota?

To drive they're exactly the same as one another. No mechanical differences at all. Except for one thing. All three can be had with an improved version of the original Toyota 1.0-litre three-cylinder petrol, with 69bh. However with the French cars you can also spec a pokier French engine: PSA's 1.2-litre triple, with 82bhp and accompanying gearbox.

It's a useful but not transformative dose of extra power, and it still limbo-dances under 100g/km. You no longer need a steep downhill and a written application before nipping into the outside lane on motorways. Whereas the base engine struggles up hills. The shift on the PSA gearbox is pretty good, and the ratios more sensible than the cripplingly long-geared setup of the last generation. These are chattery three-cylinder engines, but nothing to worry about.

Sounds like an improvement. Wasn't the old C1 a bit deafening?

More than a bit. The new one makes less engine racket and rides more quietly too. But our tester was the Airscape version. It has a fabric roof that rolls back electrically for a half-decent open-air effect. Sadly the effect continues when the roof is shut: it kicks up a world of wind noise.

Have they changed much else?

On the dynamics, the steering is more precise and self-centres better. At 870kg it's a light car and feels wonderfully agile (if in the end understeery) but the steering calibration helps it track fairly well on straight roads. The ride's not bad now - supple if never fully settled. The other main underskin change is to give it better side-impact protection than before. Four Euro NCAP stars, they hope.

OK, that's underneath. What's on the surface?

The three cars are far more different in looks than before. Broadly, the Toyota has gone all Manga, the Peugeot aims (with only moderate success) for some kind of more reserved sophistication, and the Citroen is the cuddly one. See those big, round, supplicant eyes. With strange illuminating eyebrows. There are various stripe and sticker sets too. They range from questionable to just plain wrong.

And inside. Presumably I shouldn't expect Bentley-like trim quality?

Nope, it's cheap plastic, but cheery design and accurately airfixed* together. Citroen's dash offers you opportunities to dolly it up with trim parts. In most versions the instruments are augmented by a colour screen which is supposed to link to your phone's Google Maps app. Plus it will show up your phone contacts and music. It sort of works, though the test car's software was a bit beta-buggy and there's nowhere to clamp the phone in pace, so it tends to pull its own wire out in lively cornering. And if you have no 3G reception you're lost. Still, it's cheaper than the optional docked satnavs VW and Fiat propose.

Sounds OK so far. So why do you think the Up and i10 and Panda and i10 are better?

Well, they're still more refined and have a better ride. Plus, they can carry actual grown-ups in the rear. The C1 (and triplets) is ridiculously cramped back there. But then it is super-short, so if you travel in ones and twos you will have the advantage of ridiculously easy parking.