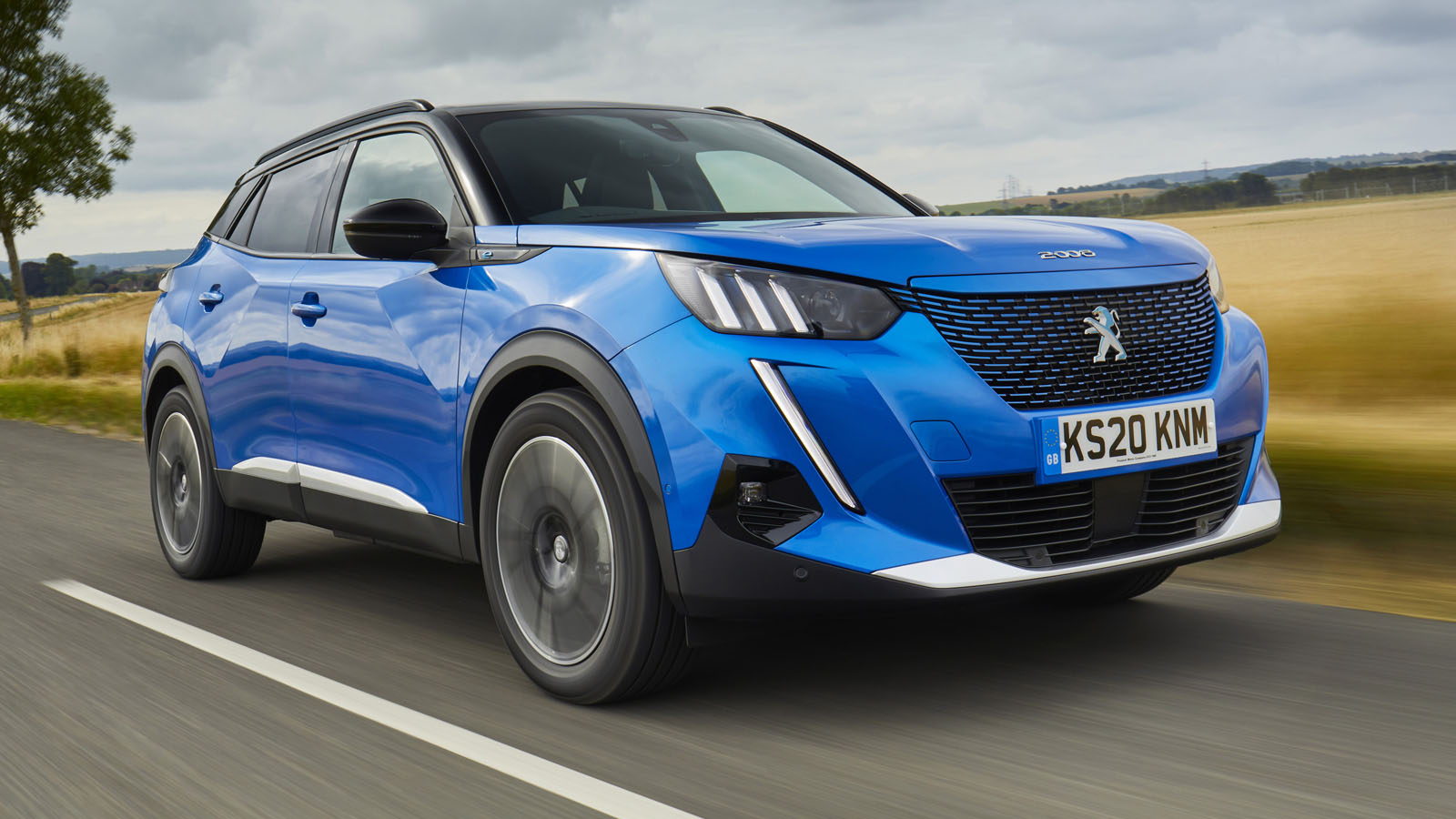 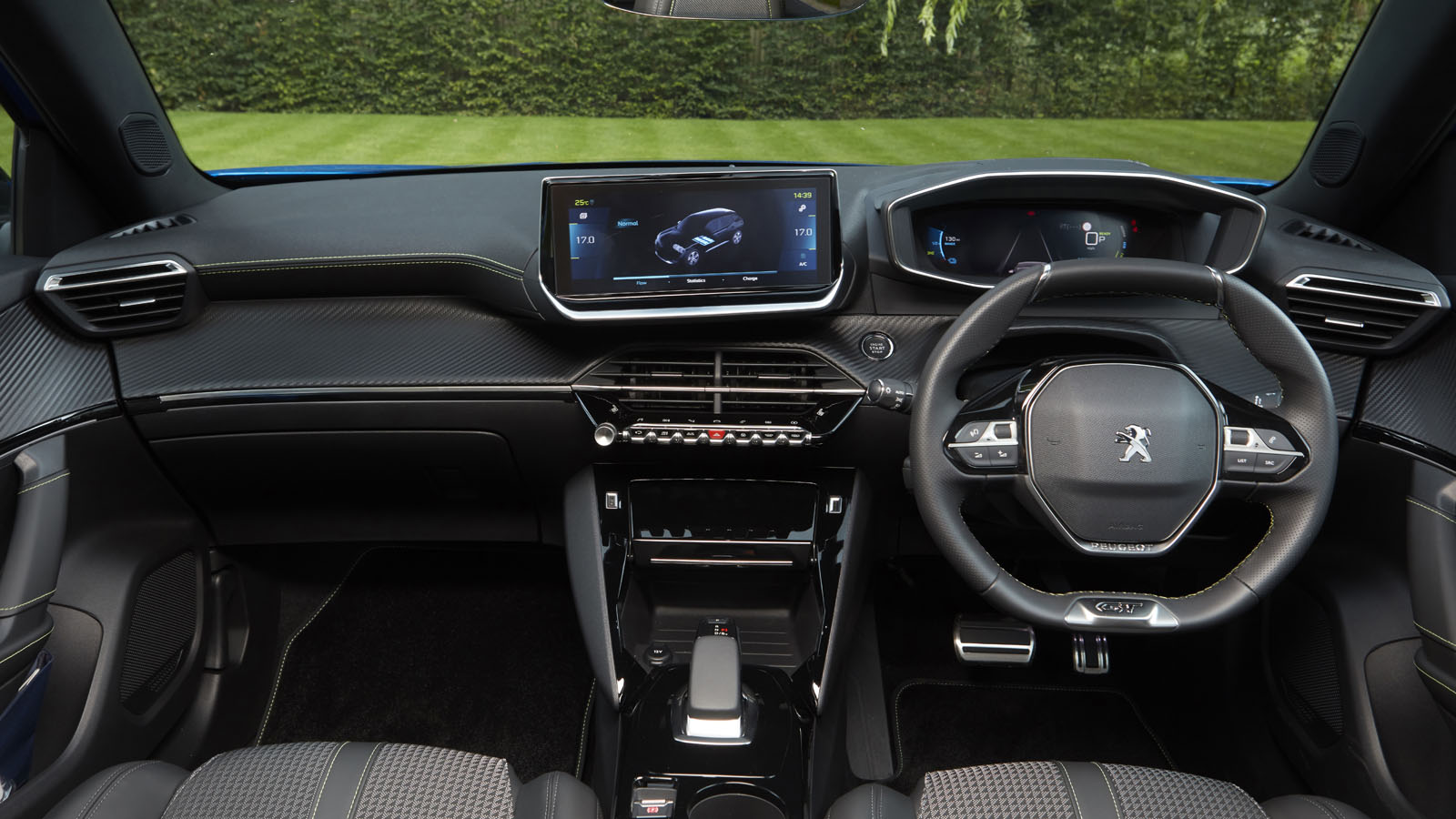 That’s because it is. PSA doesn’t do a special, electric-only model like the Renault Zoe or Honda e. Rather than spend a vast amount of time and money designing and building a bespoke EV platform, it engineered its so-called ‘CMP’ architecture to accept both petrol/diesel and electrified powertrains. Every car that’s based on it (the 208, 2008, DS3 Crossback, Vauxhall Corsa and soon, Vauxhall Mokka and Citroen C4) gets the option of electric propulsion.

And these cars are not for zero-emission virtue signallers. PSA’s electric cars look and feel almost exactly like their petrol-powered counterparts. That’s the point – to normalise what is for many still a scary, new technology. You just fill them with electrons instead of inflammable liquid.

Surely the electric ones are more expensive?

They are. The e-2008 is available in all the same trim levels as the regular 2008, with prices (including the Government’s £3,000 grant) coming in at around £5,600 more than the equivalent petrol auto if you’re buying outright.

But you’re not buying outright, are you? Lease direct from Peugeot, and you’ll pay around £60 more per month for the electric-powered car. Remember, though, that the EV is exempt from road tax and BIK (potentially saving company car drivers thousands) and a full charge should only cost a little over £7 if you do it at home, while a full tank of petrol costs £50.

Yes a tank of fuel will get you further than a fully-charged battery, but not that much further.

Far enough. Peugeot claims between 191 and 206 miles, which is a smidge less than the mechanically largely identical e-208 because of the e-2008’s increased size and weight. We think 160 miles is a fair estimate of what most people will see, but pop it into Eco mode, amp up the regen and switch off the air conditioning and obviously you’ll go further.

In a 65-mile test the e-2008 managed 3.9 miles/kWh, which is actually very good. Its range computer is annoying though. Rather than counting down progressively as you cover distance, like other EVs, it tends to stick at one reading for miles, then loses a load of range in one big lump when you gently accelerate up a slip road. This is annoying and not massively confidence-inspiring.

A three-pin plug takes 24 hours to fully charge the e-2008, so if you’re got a driveway definitely get yourself a 7kW wallbox. It does the same in less than eight hours – a good night’s sleep. Find one of the relatively few 100kWh chargers out in the wild, and your e-2008’s 50kWh battery will charge to 80 per cent of its capacity in just 30 minutes.

Yup. Spot the EV by the slightly different grille, blue-tinted Peugeot and ‘e’ badges and various special buttons and controls inside. The 50kWh battery doesn’t even eat into passenger or luggage space, so the e-2008’s boot and cabin is just as spacious as its petrol-powered brother’s.

A little rocker on the centre console lets you switch between Eco (80bhp), Normal (108bhp) and Sport (the full 134bhp) modes, and there are two modes for the regenerative braking, D and B.

In Sport there’s plenty of zip right up to a 93mph top speed, and good traction, but the car defaults to Normal and so will you. A bit more whine from the electric motor than you get in other EVs, especially between 20 and 30mph, but you’ll soon tune it out. Wind and tyre roar take over at higher speeds, but only because there’s no internal combustion engine to drown them out.

Peugeot’s ‘B’ mode isn’t especially strong, though you can still drive this thing without using the brake pedal if you plan far enough ahead. Unless the battery is near full. The amount of regen seems to increase progressively as charge depletes (and more room is freed-up in the battery for recuperated energy) but there’s always an element of uncertainty surrounding how much retardation you’re going to get when you lift off the throttle. The e-2008’s brakes do at least stop the car in good time, which is all you can really ask of them.

The ride is firm-edged but no worse than other crossovers on big wheels. The e-2008 would be a comfortable car were it not for the driving position, which is quite awkward if you’re tall and gangly like me.

Correct. The whole thing is arranged so you look at the (very cool) instrument cluster over the steering wheel, rather than through it. Looks superb – very futuristic, and entirely becoming of an EV – but doesn’t work as well as a conventional setup in practice. Moreover there are no physical climate controls, the infotainment system is laggy, and the user interface isn’t as good as some rivals’. In the back, the rising beltline makes it feel a bit claustrophobic. Shorter kids may struggle to see out.

So, what’s the verdict?

A good car and a good EV, providing the driving position suits you. As easy to use and easier to drive than the petrol car it’s based on. An e-208 is cheaper and will go further on a change, but the e-2008 feels like more than an embiggened hatch. Among the better, more interesting small crossovers. Now with the option of electric power.