Read why you can trust our independent reviews
Top Gear Team
Published: 09 Jul 2020
Skip 18 photos in the image carousel and continue reading 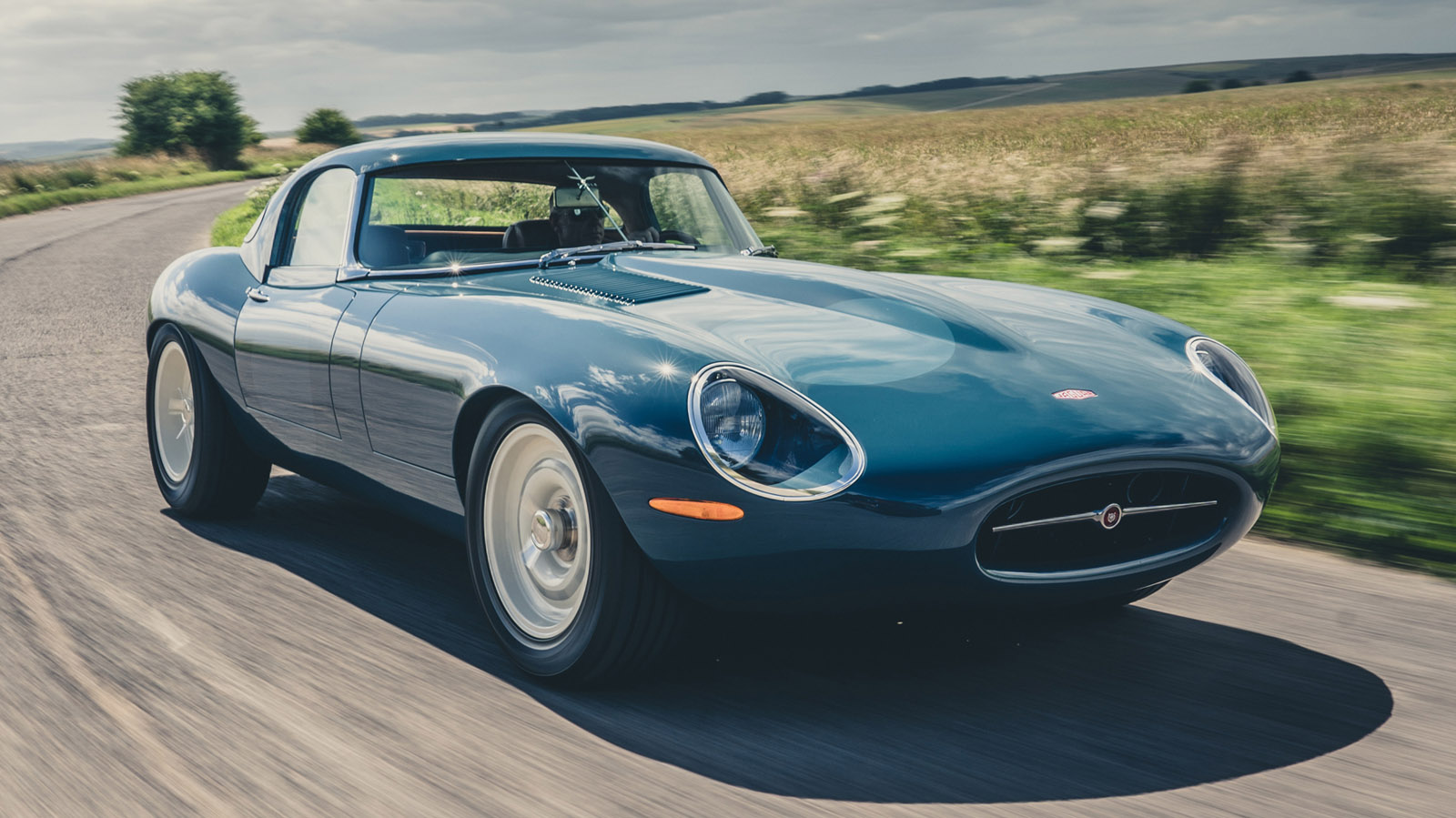 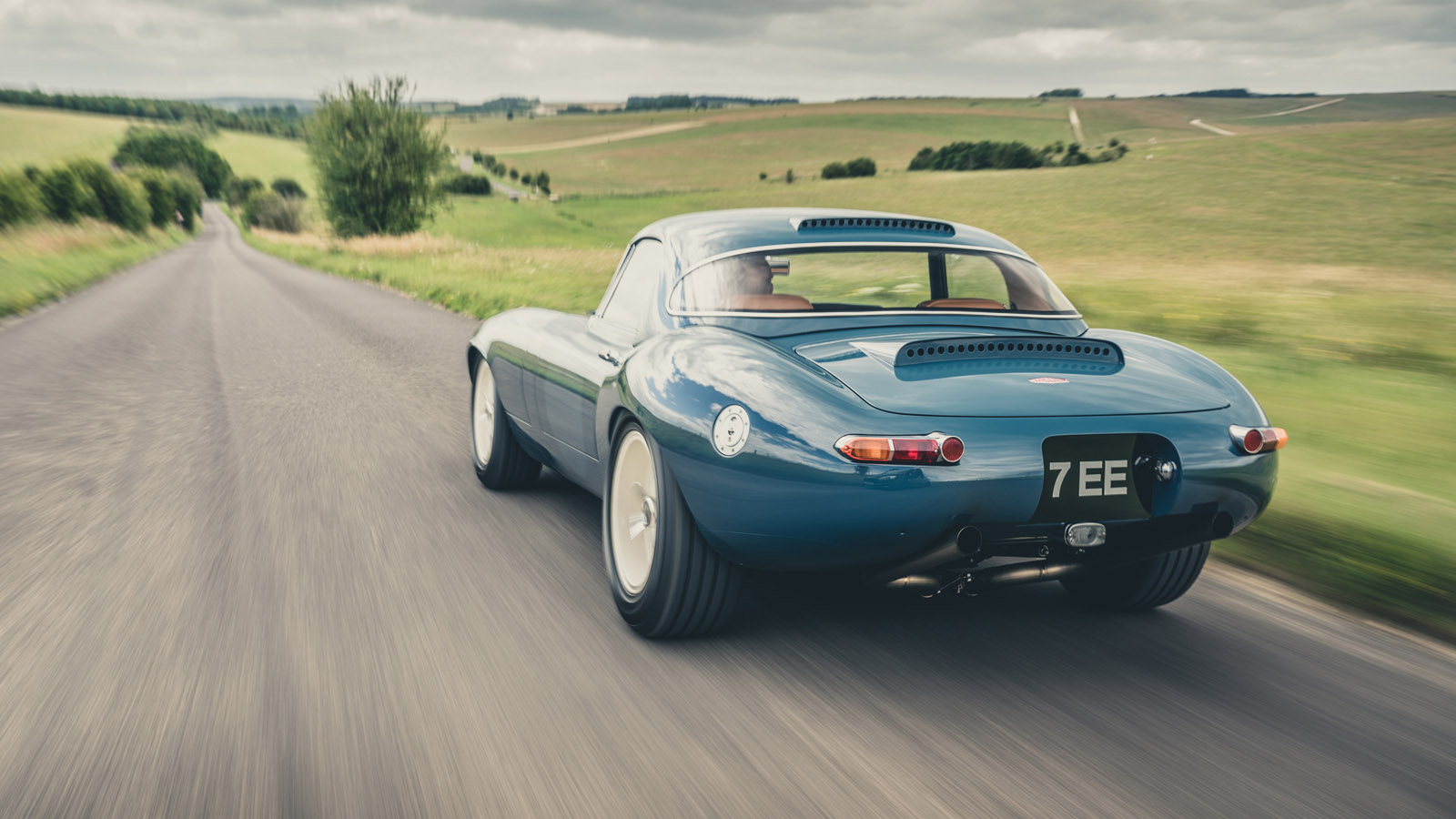 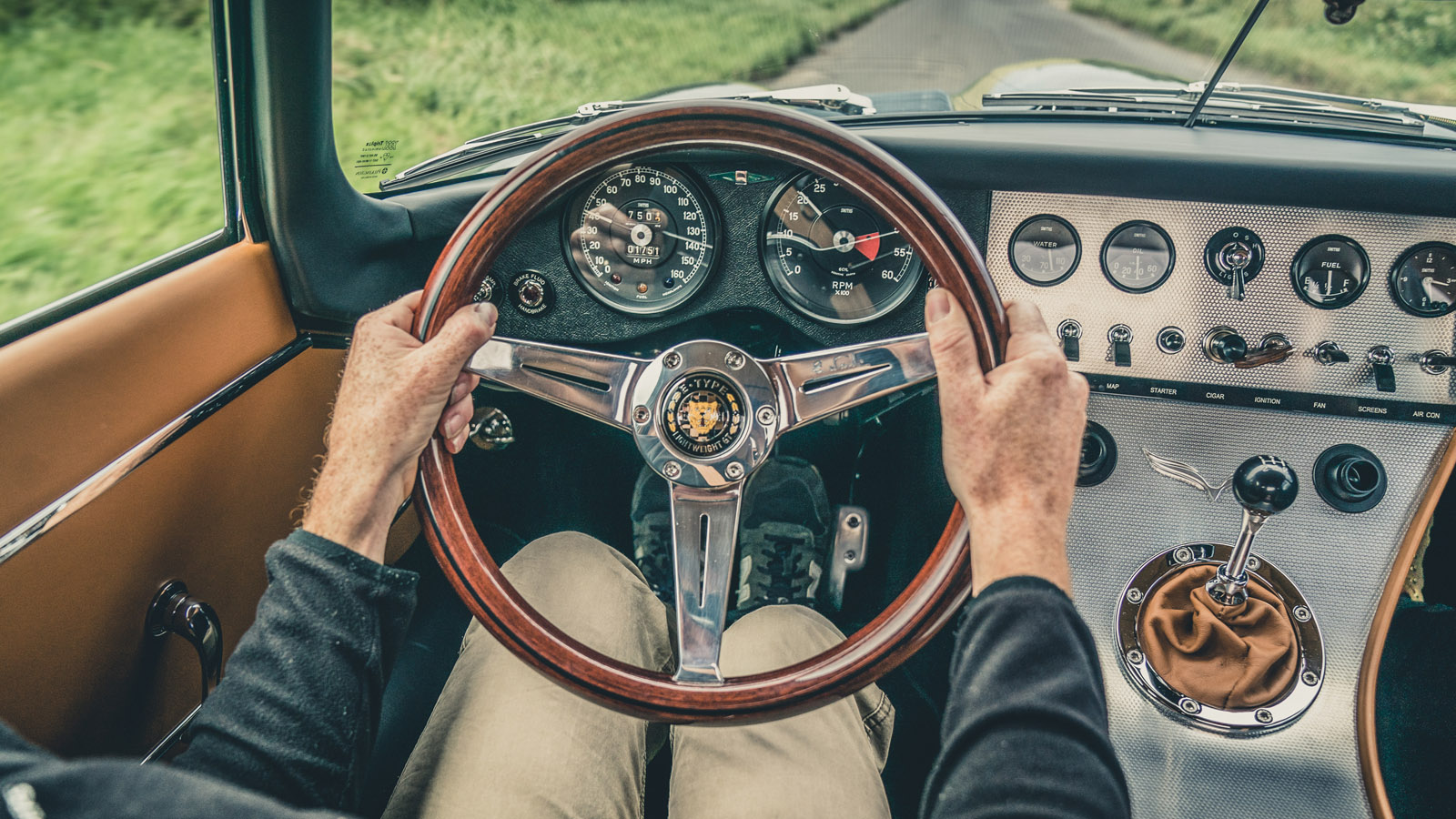 1 / 18
Advertisement
“It’s sublime, a rolling sculpture that stays with you for a very long time afterwards ”

Everything about seeing it, being with it and driving it

The gearing's slightly long on this one. Nothing else

'Restomod' is probably the word that describes it best, but maybe that hints at west coast customisation which this emphatically isn’t. So let’s start with the bare facts.

In 1963, Jaguar built 12 lightweight E-types, intending them for racing. They were lighter and more powerful than standard, but never matched the success of the C-type and D-type on track. Fast forward fifty years and in 2014 Jaguar, utilising previously unused chassis numbers, built another six. Those are continuation cars. This is something different.

Maybe you’ve heard of Eagle before. Based in Southern England, it’s a Jaguar E-type specialist with a difference. Although it started out in 1984 restoring, servicing and maintaining cars, in 1991 it went further and began to re-engineer models itself – its own take on what an E-type could be. Eventually this took them another step, recreating historic models but with new bodies. We’ve featured them before: the Speedster, the Low Drag GT, the Spyder GT and now this, the Lightweight GT.

In total, the firm has made around 60 cars over the last 30 years – 50 faithfully recreated E-types and (over the last decade or so) a mere 12 rebodied specials. Not because of lack of demand: after it featured on the TG TV show, the waiting list hit seven years. Maximum production is four cars a year and each takes around 8,000 man hours to create, with 2,500 hours alone going into the hand-crafted aluminium bodywork, 400 hours into the interior trim and 120 hours to build and test the engine.

But you can’t see the value of the car in the spec sheet. Everything, everywhere you look, is bespoke. The engine’s triple Weber carburettors suck air in through a carbonfibre intake and 3D-printed housing, and exhale it through an F1-grade Inconel manifold of staggering beauty, before the gases pass out of a titanium exhaust.

Eagle has then taken the lightweight ethos and really run with it. To the nth degree. The wheels may have a classic Sixties look, but they’re fabricated in magnesium (around 25 per cent lighter than the equivalent part in aluminium). So too are a host of parts you’ll never see: the sump, diff casing, gearbox, bell housing and more. This is an astonishing amount of effort to go to – way more than any modern car manufacturer goes to when doing lightweight versions of their latest supercar. They might save up to 100kg. Eagle’s Lightweight GT weighs over 200kg less, an all-up weight of just 1,017kg.

Underneath, about a third remains of the original donor car. In the case of this particular example, that was a 1963 roadster. The monocoque chassis mostly survives, but stiffened to beyond original Lightweight levels, there are double wishbones at the front, and at the back the same independent set-up E-types have always had. There are Ohlins adjustable dampers all round, and the option to have different gear ratios or run the car with fuel injection instead of carburettors. You tell Eagle what you want, and (as long as they agree) they’ll make it happen. They’re guardians of the E-type. Taste, heritage and originality are everything.

The cost? Around £800,000, including the donor car. Think of it as commissioning a work of art, or investing in a family heirloom more than buying a car. Does that sound like a stretch? Just stand back, look at it and tell us we’re wrong.

“It’s sublime, a rolling sculpture that stays with you for a very long time afterwards”

It costs £800,000 and it takes 8,000 hours to build. On a simple cost/time analysis the Eagle Lightweight GT stacks up incredibly well. One hundred pounds an hour? That makes it far better value than a Ford Fiesta. Viewed another way, it’s also significantly cheaper (and doubtless better to drive) than an original Jaguar Lightweight GT.

It may not have the historic importance of an original, but if that doesn’t matter to you - and nor does the modern hypercar trend for outright speed and brand image - then I struggle to think of a more enjoyable car to drive or own than this. It’s sublime, a rolling sculpture with stunning road manners and chassis dexterity, that is evocative of its era and stays with you for a very long time afterwards. Only available to the vanishingly few, of course, but you’d love to be one of them.