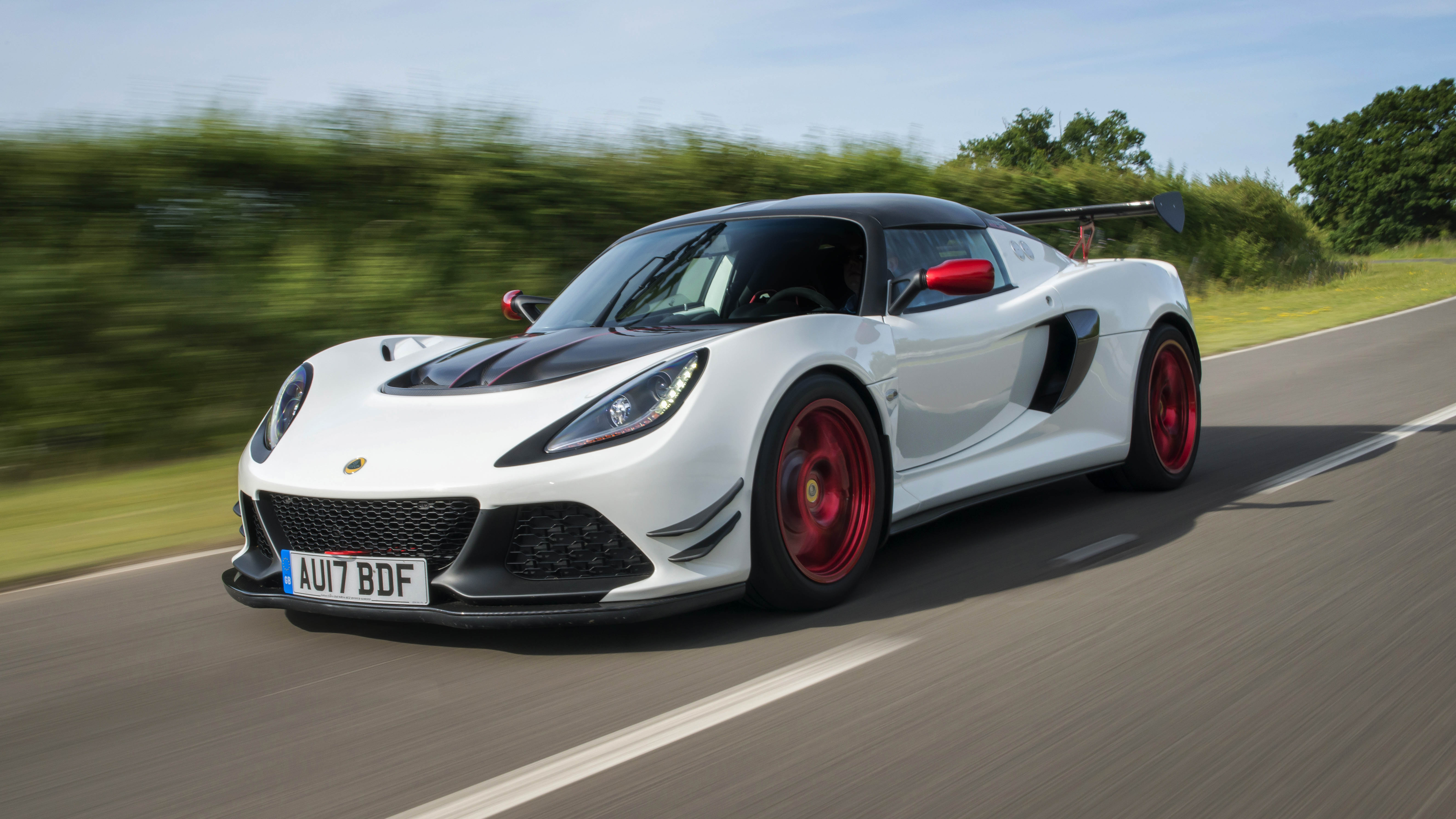 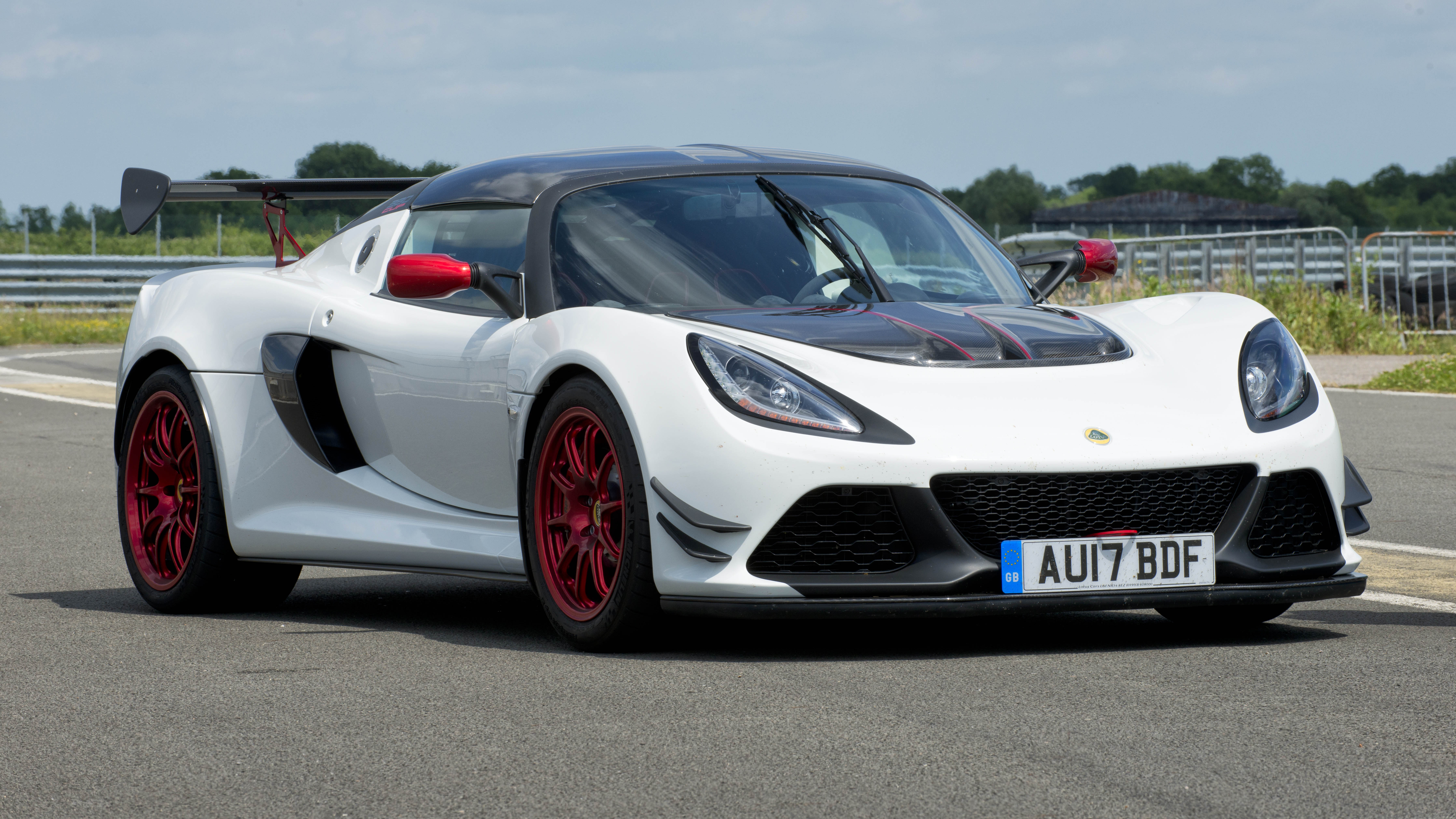 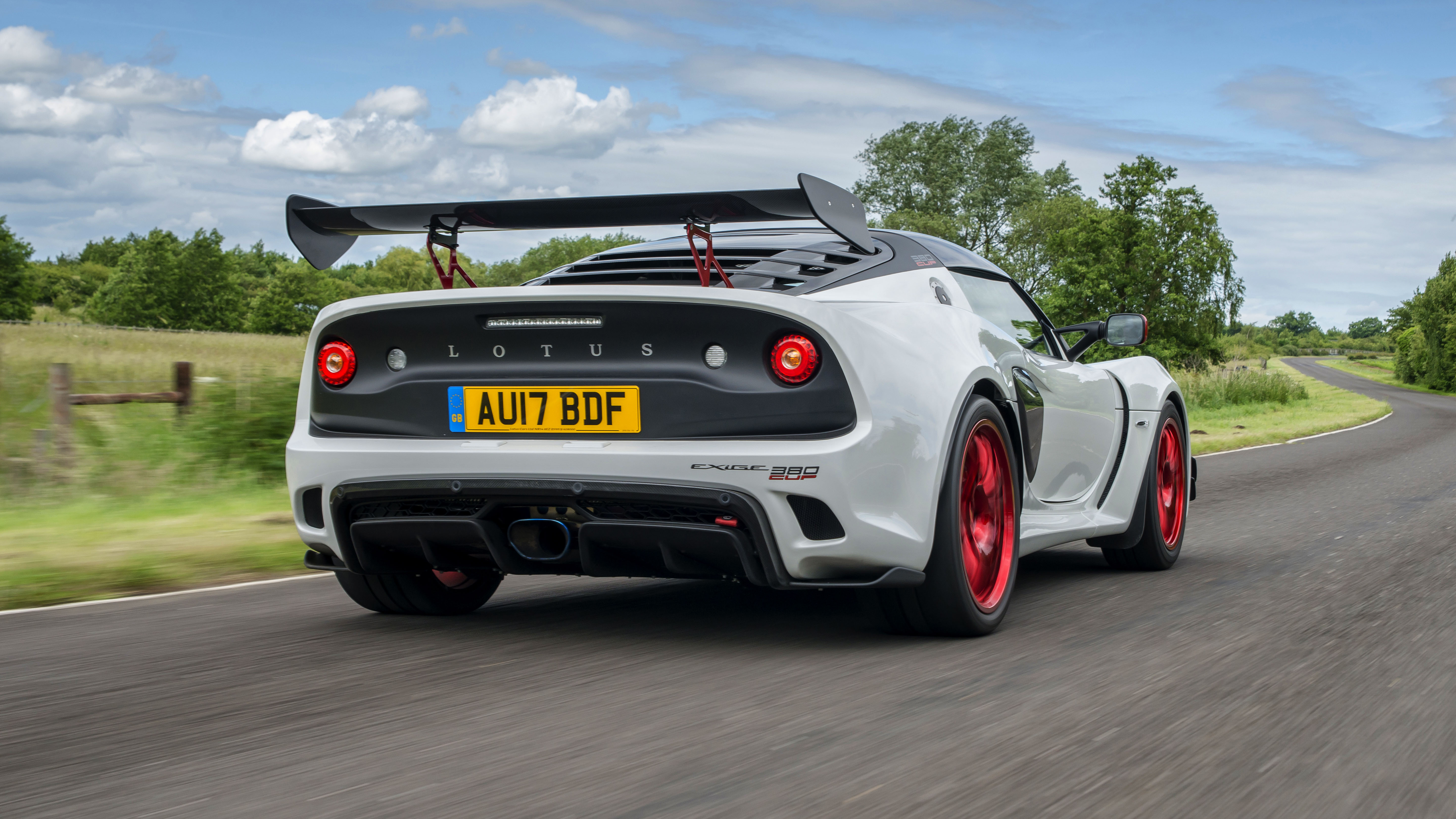 Lotus compares it, with little discernible modesty, to a Porsche 911 GT3 RS. See, 'Cup' in Lotusese translates into English as the fastest, lightest, maddest, most track-friendly version of a car. In this case the supercharged V6 Exige. Which is already a fast, light, mad track-friendly car don't forget. Oh and it's a limited edition: just 80 will be made.

Nope, Lotus seems to be building up quite a following for its expensive specials. Every single Exige Cup 380 had been spoken for before anyone outside the factory had driven it. The first announcement was for 60 cars, but the Japanese importer ordered 20 immediately, so now it's 20 for Japan plus 60 for the rest of the world. Lotus has customers who trust the company enough to make that commitment. Even as the price nudges £95,000 including options.

OK enough production and price numbers. Give us performance numbers.

Top speed is 175mph, which could have been higher but Lotus quotes 200kg of downforce at that speed, which is 43 percent more than the Exige Sport 380. If you're being pedantic, that should say 1960 Newtons because Newtons is a measure of force and kg a measure of mass. Downforce, as its name implies duh, is a force not mass.

Around a track, Lotus reckons it's as fast as the road version of the 3-Eleven. Gulp.

Oh, the usual deletions: carpet, A/C, stereo. You can spend £1400 on carbonfibre vent surrounds that save a trivial 400 grammes. More seriously a £5500 titanium exhaust which cuts 10kg. It sounds immense.

As standard, a swathe of carbonfibre bodywork wraps over the car: the front access panel, roof, rear deck and the huge rear wing. The side sill extensions and front splitter are the same material. Indoors, so are the seat shells and sill covers.

A series of measures that make the Exige look like it's crashed through a giant cutlery drawer.

Compared even wth the Sport 380, the front splitter is bigger, the sill extensions, er, extended. In previous Exiges the wing has been mounted on the rear deck, so had to be curved so the boot/engine lid could swing up past it. Now the wing's on the lid, and turns into an enormous plank.

Most important, new vents have been punctured out of the panels above the front wheels and behind the rear ones. They suck out air from the wheel-arches, pulling the body down over the tyres. The tyres are wider than ever by the way.

How does it go?

Sharply. The supercharged engine is effectively lag-less. A progressive and amenable low-rev response opens up into muscly mid ranges then a proper wild charge towards the 7000rpm red-line.

Lotus, not having the Porsche flat-six to call on, always has to make up in handling what it lacks in engine charisma. That said, with the new titanium exhaust, the supercharged V6 does have quite some voice. There's a flap that opens as you open the throttle, emitting a deep baritone resonance that could be coming from a ’50s Jaguar D-Type Le Mans car. Lovely.

Trouble is as the revs rise it flattens into more of a loud monotone that has you reaching for earplugs. At least you can press a 'quiet button' to close the pipe valve in villages and towns where noise annoys.

What's that metal skeleton on the cabin floor?

It's a gear linkage, exposed and beautifully worked. Given that the throttle and clutch are equally precise, each shift is a joy. How satisfying it is to be in a throwback world free of turbo and autobox.

But as you say, Lotuses are about the steering…

Quite, and this one remains sublime. Unassisted and blissfully transparent, the steering wheel is a two-way channel of marvellous bandwidth. It accepts your commands instantly and with utter precision, and feeds back a hi-res real-time image of the tyres' efforts and capability.

Everything you do with the Exige gets a faithful answer. Brakes, steering and throttle all get their role as you pitch it into and through a corner. The balance is uncanny, and opens up all sorts of options to play the line.

Even is slow corners there's no understeer unless you get in the throttle far too early. Out of them, the traction is immense. But not so much that an early jab of the power won't overcome it.

In quick curves, the unseen arm of downforce wraps itself round your shoulder and sweeps you imperiously to a new world of grip.

No adaptive damping or four-wheel steering no. Can't say I felt the need for either. That said, the Nitron dampers have adjuster nuts on their tops, so you can stop and set them up for different tracks, or your taste for the road.

Swallowing a brave pill and turning off the ESP, you still have traction control. That's adjustable, giving varying degrees of wheelslip, or beyond that no intervention at all. That's what others might call drift control. It does work, but its interventions are stuttery. Like any Lotus, this is a car best driven fairly cleanly.

How does it stop?

I normally wrap any comments about brakes into the general handling section, but these deserve their own moment of glory. They're astonishing. Around a track, my braking points in the 380 were at the same place as they were a few minutes earlier in an Elise 250. That's despite the fact you arrive at that point going a whole lot faster. And Elise braking isn't exactly shabby.

Well, the cabin trim is nothing like as modern (manual mirrors anyone?), it's hard to get in and out, and the seats might not fit you, and in most light you can barely read the fuel gauge, nor ever see back over your shoulders. In those senses it's a track refugee or an early-morning weekend indulgence. But in the way it actually moves, the Cup 380 is up with the best. And in the way it steers, unique and priceless.