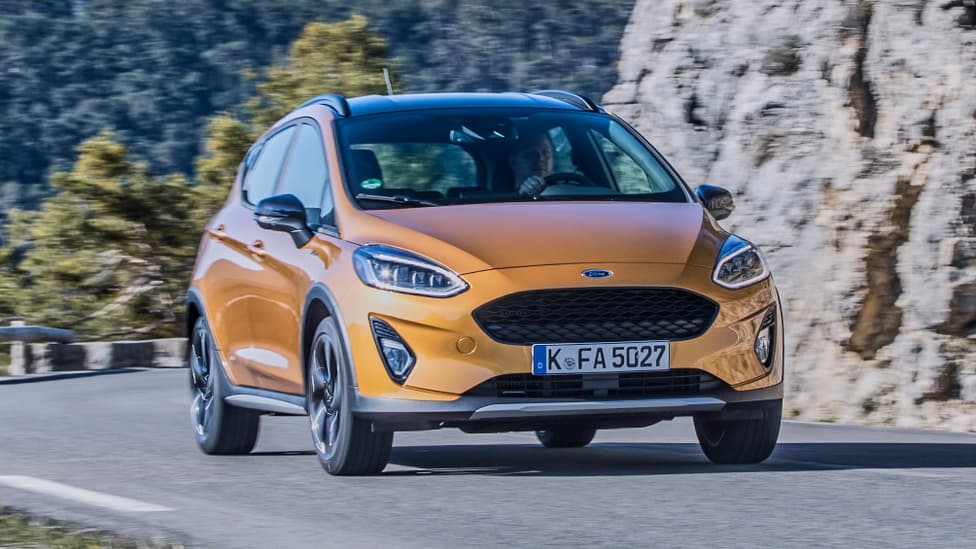 What's so active about a Fiesta Active?

The way Ford talks, it's the active things you do in it. It can take you slightly further up the bumpy track towards the sort of outdoor pursuits that fill the pages of car brochures. It's 18mm higher on its springs than a normal Fiesta, and its wheels are set 10mm wider. It's protected from the bashings of nature by plastic lower-body cladding. Up top we find roof rails – fully lifestyle compatible.

No chance. Though to be fair it does have an off-road traction-control mode that allows more slip, helpful on gravel and mud. But it's little more than a low-budget attempt to climb gingerly onto the crossover bandwagon.

So it's just a contemptible piece of fakery.

Actually I found it strangely appealing, if not for the reasons its name and styling try to project. No, the Active feels like French superminis are meant to feel.

You're going to have to explain that.

The Active's jacked-up suspension bestows it a really agreeable supple ride. It wafts along over rubbish tarmac with more grace than superminis usually manage.

The suspension and tyres are also decently quiet (something the French cars seldom manage).

In its own sneaky way it's actually pretty quick across the ground. It absorbs bumps rather than being knocked off course by them. Plus it actually has plenty of grip on tarmac. We tried one with the top engine, the 140bhp 1.0-litre Ecoboost. It can accelerate quite smartly. The 0-62 time is 9.4 sec, and the engine is cheerily flexible and the six-speed's gearshift slick.

That doesn't sound like a small crossover at all.

Nope, most of them are a bit hopeless to drive. They're either wobbly or wooden. The Active is quite fluent.

How did they manage that?

For a start, although higher off the ground, the body is the same weight and size as the supermini's, so the chassis and engine aren't having to deal with bloat. Second the Active isn't just a simple jack-up job. It has redesigned front knuckles to keep the suspension geometry pukka. Credit also goes to special hydraulic bump-stops in the dampers, which is what rally cars have.

So there's no disadvantage to the high lift?

We wouldn't go that far. The steering's a bit short on feel, and the brakes are slightly grabby.

Will it substitute for a small crossover?

No. Its not as roomy in the back seat or boot. Dimensionally it remains just a regular Fiesta on the inside. Even among superminis, the back seats of an Ibiza or Polo or Jazz are roomier.

By the way it looks just like the regular Fiesta in there too, except for some slightly rucksack-looking seat fabric. That's no hardship. These days Fiestas are smartly trimmed and are well-sorted in their switchgear and screen interface. The infotainment works well. The front seats are fine, and they adjust widely so anyone there should be comfy.

OK. So it's trying to radiate a lifestyle image, but it turns out to be a poor crossover substitute because it's not roomy enough. It hasn't got 4WD anyway. It isn't quite as good to drive as a normal Fiesta. It's veering towards the pointless isn't it? Who's it actually for?

It's for anyone who wants a relaxed but roadworthy supermini. Probably many of them getting on in life, people who aren't as supple as they once were and are glad of the higher hip-point as it's less strain on their own hips. Or folk who want the plastic protection from supermarket-trolley impacts. Or are more concerned with going up-kerb than off-road. The tropes of this active-lifestyle car are most applicable to a passive one.

Notwithstanding I feel uneasy in a car that pretends to be one thing when it's another, I'd rather enjoy biffing about in this handy and comfy little thing.