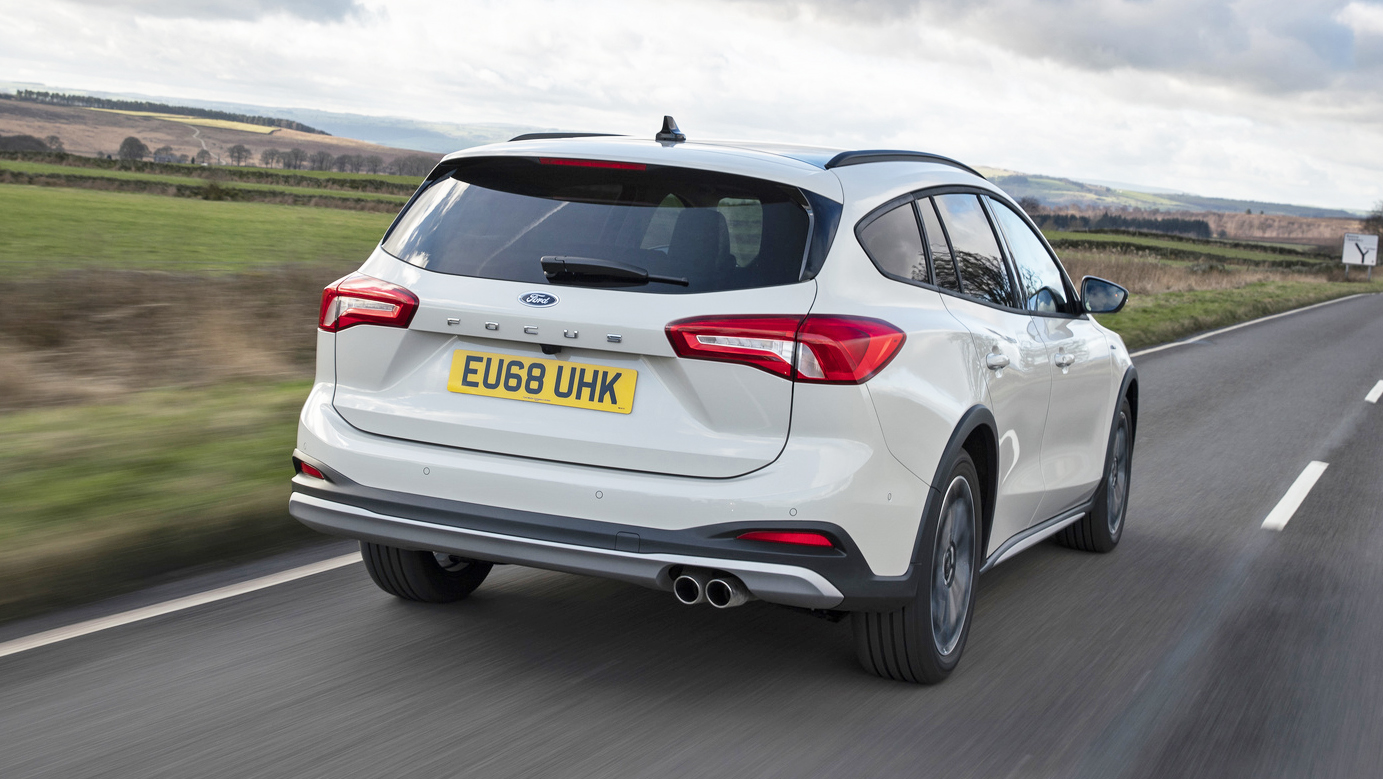 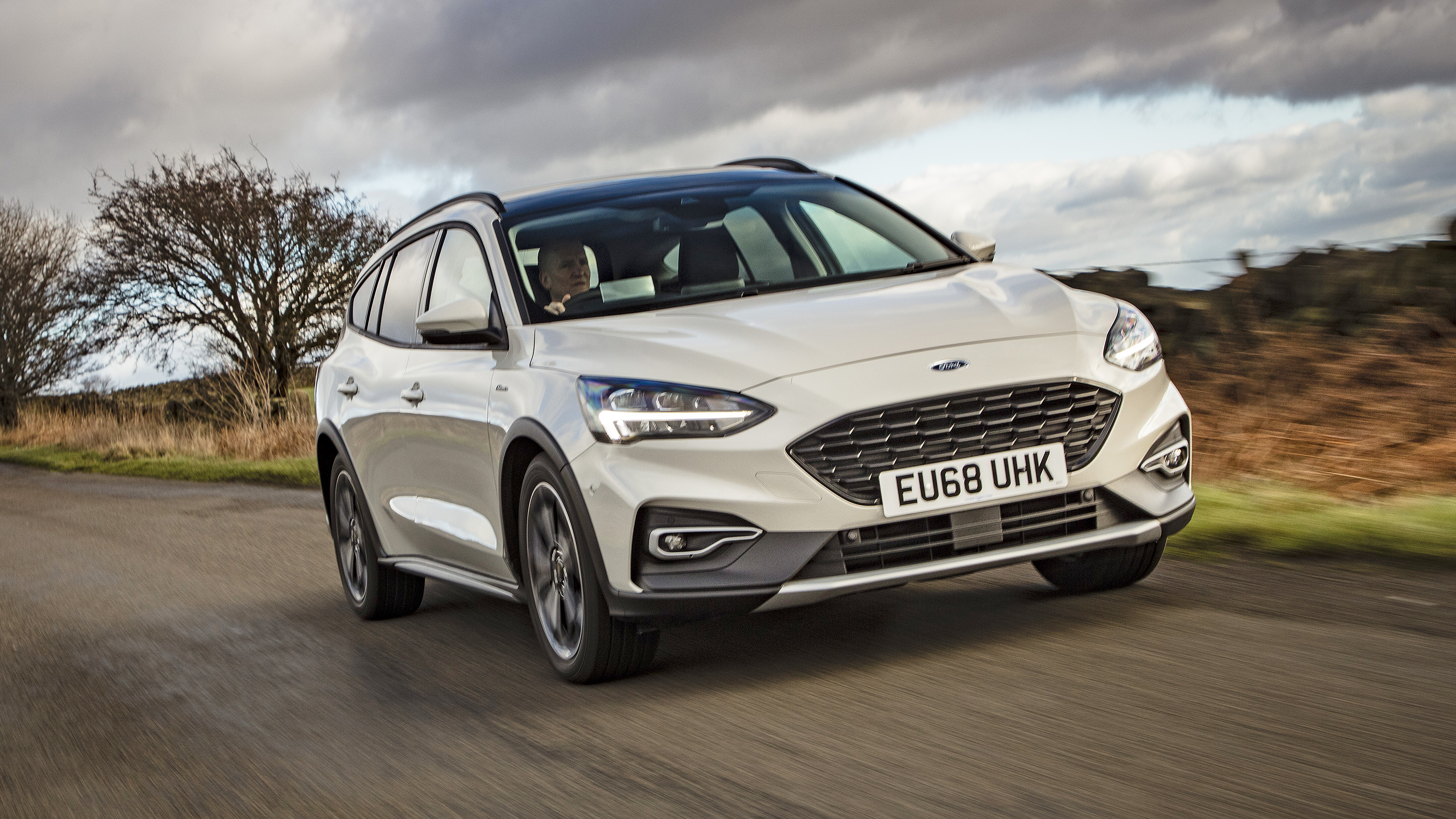 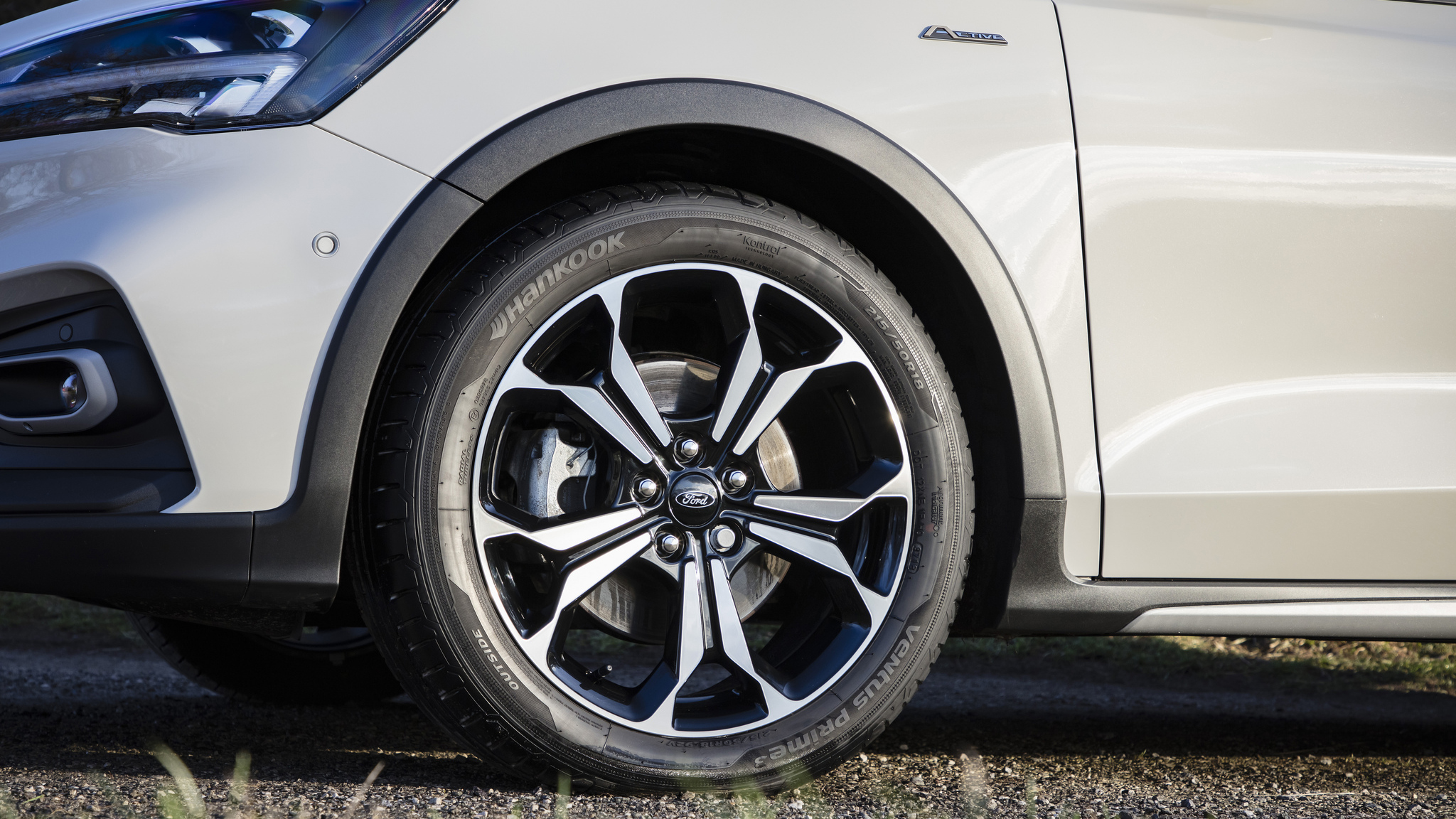 So this new Active variation ought to be good.

Should be. Although the jacked-up not-quite crossover genre sometimes turns up winners, sometimes losers.

What about this one?

It's a front-drive Focus (because Focuses all are in this new generation) with a 30mm lift in ride-height. Enough to notice, probably enough to take you further down the track. As in forest, not race. Plastic cladding and skid plates are applied to the lower body. The skid plates are more about sending a signal than adding much actual ruggedness.

Because we're all crossed-over these days…

Yup. The Active's disguise is easily seen through. This isn't a crossover, it's a normal car in platform soles. If you think of it as an imposter, you won't like it.

But not everyone wants the poorer fuel consumption and undermined dynamics that are inherent to the crossover breed. The Active's mild elevation might be all you want or need.

Which one are we in?

I tested the estate. Because lifestyle. It's big inside, with plenty of well-organised luggage room and lots of rear seat space.

From the outside it has a swoopy silhouette, but the wheel-arch extensions emphasise that the wheels look too tucked-under, like the body is one size bigger than the chassis.

This one has the 1.5-litre 150bhp petrol engine, eight-speed auto and the Active X spec which runs to a full glass roof, navigation, power seat and 18-inch wheels.

So what's the effect of this physical uplift?

Well, some versions of the new Focus have a rather firm and intrusive ride –  especially the small-engine ST-Line hatchbacks, which have a simple torsion-beam rear suspension.

Bigger engines have a multi-link rear end which improves matters. The brochure doesn't mention this so you have to get down on your knees and look under the bumper to see which chassis is fitted. Oh and all Focus estates have multi-link. Confused yet?

Now, all Actives – whether hatches and estates – have the multi-link rear. Sure enough the ride is quiet and far more supple. Yet the steering and fluent cornering leave pretty well any crossover (and most hatchbacks that aren't Fords) miles behind.

Doesn't it roll a lot?

Nope, the leaning's well contained and the damping's first-rate too. It steers with precision. If you have twisting but lumpy roads round your way, the Active has an appetite for them that'll really raise eyebrows.

Standard Focus. Which is no bad thing. The petrols are all three-cylinders, of 1.0 and 1.5-litres. The top one is very close to the Fiesta ST motor and it's terrific. Diesels are clean running and reasonably refined. The manual transmission is slick. The eight-speed auto reasonably smooth and decisive most, not all, the time.

So the off-road promise is just empty?

Not quite. Apart from the higher clearance, the tyres are taller and tougher than your regular Focus. Plus the ESP/traction system has a special mode for slow-speed slippery surfaces, and another that allows higher wheel slip on mud, sand and mud.

All a bit half-hearted though.

We get that. It's easier to like uncompromised vehicles, ones that dedicate themselves to a goal with with laser, er, focus. This isn't an SUV, isn't even a front-drive crossover, and isn't a proper road-going estate. And it looks a bit odd wearing those plastic gaiters.

But you know what? As an actual car to use every day, it's really very satisfying – both comfier and more dynamic than crossovers. And giving very little away as a driver's car to a normal Focus.