£65,080 when new
Read why you can trust our independent reviews 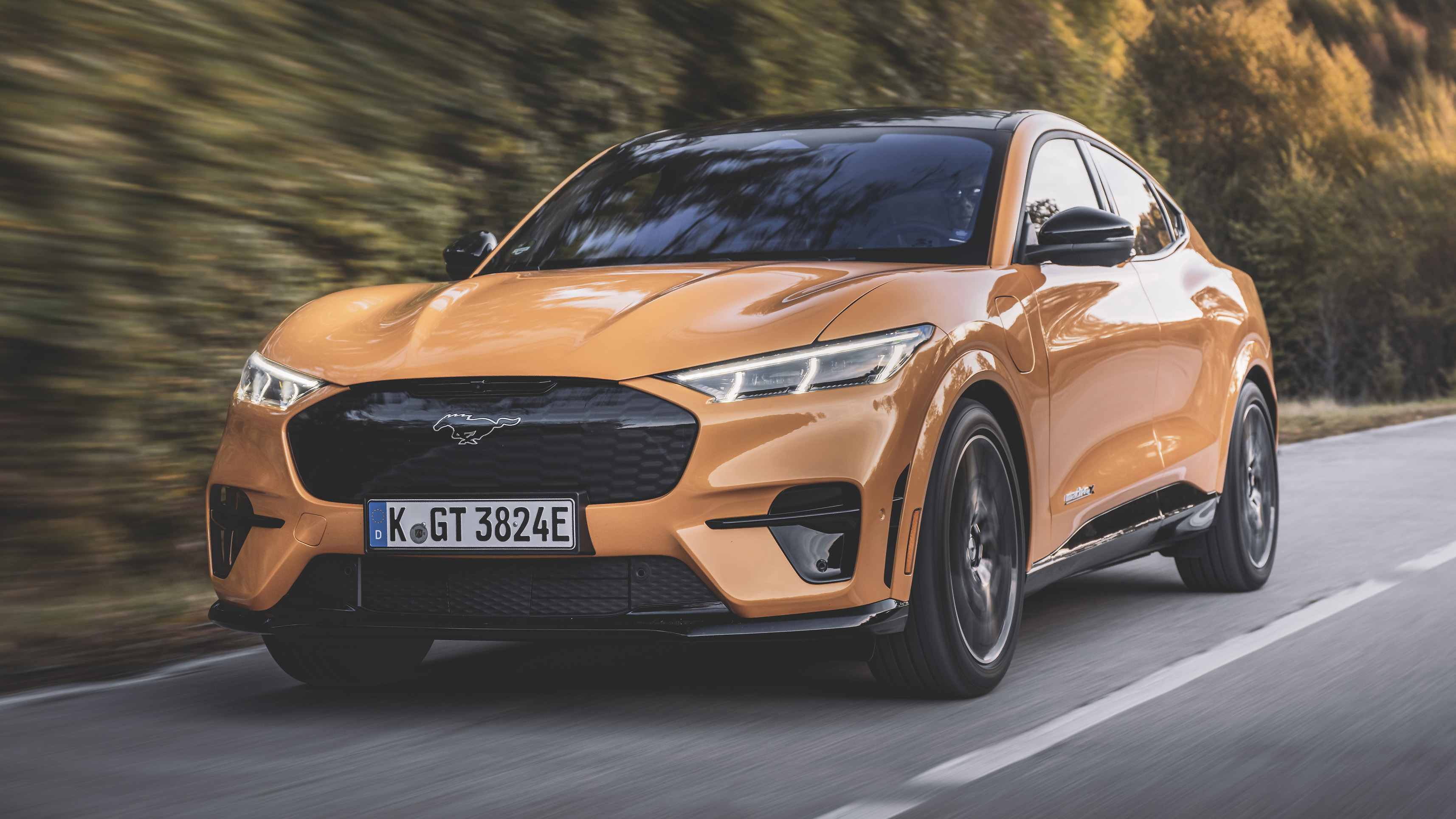 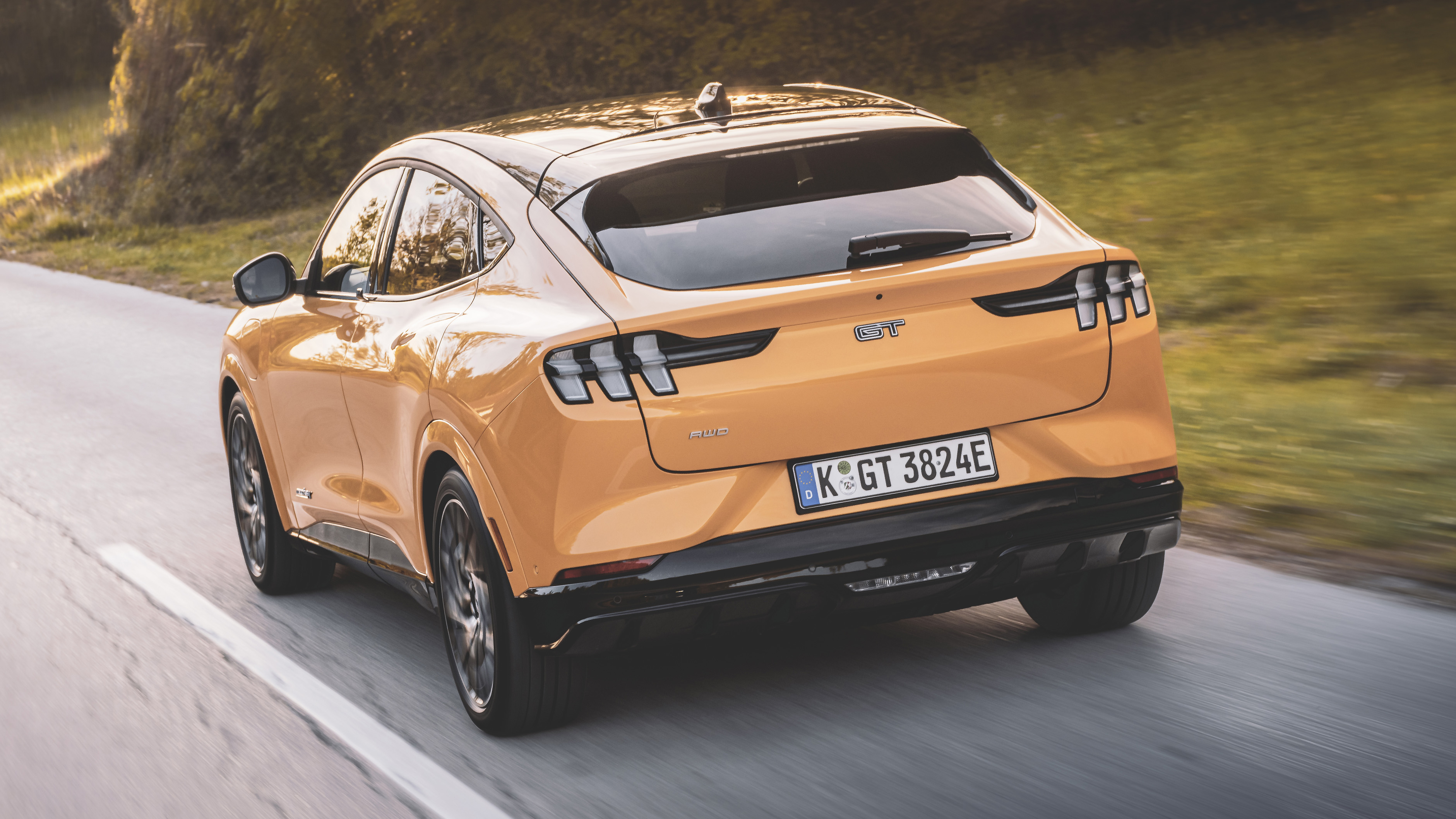 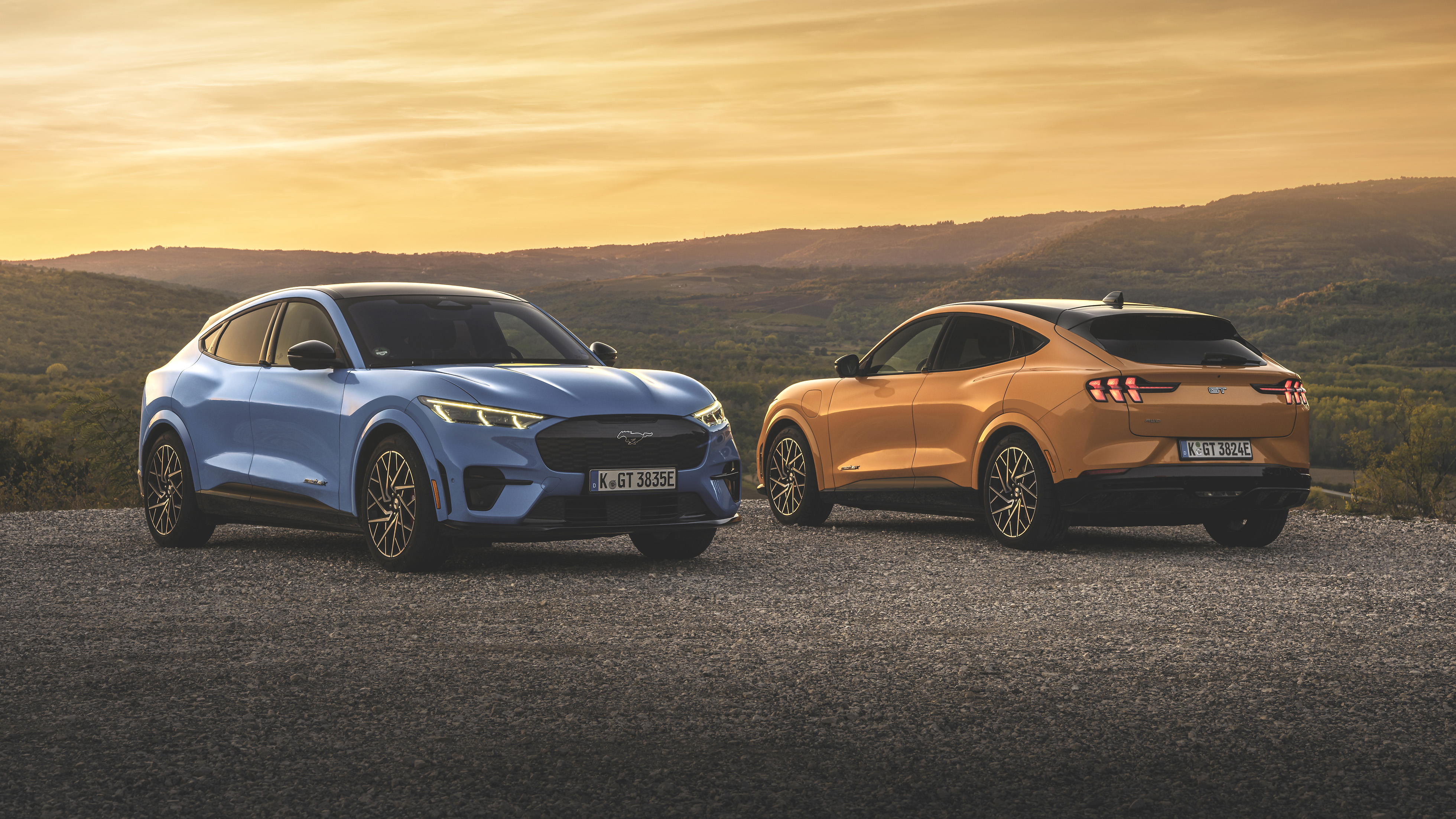 Uh-oh. The Ford faithful aren’t going to like this, are they?

Not the ultra factions of die-hand Mustang evangelicals, no. They’re not going to like this one bit.

What have we got here. A faster electric Mustang?

That’s about the size of it, yep. Welcome to the Mustang Mach-E GT.

Instead of the 360bhp you got in the previous quickest Mach-E, the GT generates 480bhp. That makes it considerably more powerful than the 5.0-litre V8 plumbed into the nose of the Mustang Mach 1 coupe, which is currently the most powerful ‘Stang on sale in the United Kingland of Engdom-on-sea.

And what about all that instant torque EVs are so infamous for?

How does 860Nm grab you? In old-fashioned Church of England, that’s a colossal 634lb ft of twisting force, deployable faster than your unfortunate passengers can say ‘BLEEURRGH’ all over the back of your seat. This family-sized crossover has more torque than a Mercedes-AMG GT R, or a Porsche 911 Turbo S. And it’s the best kind of torque. Instant torque. No lag. No kickdown. Just wallop.

If I know my EV playbook, that means it’s fast, even if it weighs more than New Mexico.

Correct. This is a 2.2-tonne machine, but it can go from 0-62mph (note we’re talking European-friendly 0-100kph benchmarks here, not US-spec 0-60 with a cheaty one-foot rollout) in just 3.7 seconds. It’s actually quicker than a Bentley Bentayga Speed. And that’s billed as the world’s fastest SUV…

And how does that ‘feel’?

Stomach-troubling. This GT graduates the Mach-E into that little club of electric cars where you’ll deploy max thrust on occasion to amuse – or terrify – an unsuspecting mate or relative, but most of the time, it’s simply too brutal to boot it everywhere.

As the car industry electrifies itself silly, is someone going to stop and have a think about how to hurry up human evolution so passengers don’t get quite so queasy?

Can’t be much good for the range either.

Claimed European endurance is 310 miles – 25 miles less than a standard Mustang Mach-E dual-motor. Real-world, the GT is a 250-mile car – the slower versions are more 270-285 in our experience.

Funny, isn’t it? You presume that the more you pay for an EV, the further it’ll go on a charge. But no-one bats an eyelid when, say, a Mercedes E-Class diesel goes twice as far on a full tank than an AMG E63.

Does it stop better than the standard car?

Thankfully, yes. The regular Mustang Mach-E, on its squidgy tyres and with brakes better suited to rolling up outside the drive-thru, gets quite lively on the stops. Hefty 18-inch Brembo front discs grabbed by four-piston calipers – nestling within 20-inch rims wearing wider tyres – ensures any “watch THIS’ faux pas exiting Cars and Coffee will be the fault of the driver, not puny anchors.

Speaking of wider tyres, we should have a quick think about what Ford’s done to make the Mach-E GT look different, and sportier.

I spy a fake grille.

Odd, isn’t it? How we’re conditioned to think that must mean it’s a sporty car. Look at all that extra cooling it, erm, doesn’t need. But Ford needs to somehow make sure your neighbours are aware you’ve bought the range-topper. For £65,080...

The opaque not-a-grille replaces the standard Mach-E’s moustache, and its reflective texture is supposed to evoke carbon fibre weave. Lower down you’ve got new intakes and air curtains which guide airflow around the Mach-E’s jowels and offset the extra drag of its phatter rubber.

Down the side we find new side skirts, but a missed opportunity to apply truly tasteless retro Mustang stripes or graphics. The whole car rides 10mm lower – we’ll get back to that very shortly – and out back there’s a hint of a diffuser.

Fabulous hues of Cyber Orange and Grabber Blue are exclusive to the GT, and the horse badge on the tailgate has been replaced with a ‘GT’ legend. Yet again, Ford badges are conspicuously absent. But as crossovers go, this is a handsome one.

There’s tonnes of equipment – not that it feels like there is, because the controls for everything live in the whopping 15.5-inch touchscreen – but the leathers and plastics still feel more synthetic and industrial than the German offerings.

Easily on a par with Tesla though, and I drove a Model Y last week for timely comparison. Ford’s panel fit and carpet application is more accurate than Tesla’s if such things matter to you.

Then again, this touchscreen isn’t anything like as quick to react as the Model Y’s.

Shouldn’t an over-the-air update have solved that by now? I thought that was the reason we were supposed to fall for touchscreens usurping all those useful buttons – that they grew cleverer over time. Not here. Not yet.

In fairness, Ford says next year a software patch will lift useable battery capacity from 88kWh to 91kWh, so all big-battery Mach-E drivers should spot a complimentary 15km uplift in range.

Don’t be fooled. The winged bolsters by your shoulders look terrific, but the important support around your legs that keeps your backside locked in the seat is lacking. Because this is a family crossover pretending it’s a sports car, not a hooligan that can do the school run. So it needs to be easy to climb into without delivering an impromptu wedgie. Which it is.

And what about corners then? Not traditionally a Mustang strong suit.

But this isn’t a traditional Mustang. So Ford’s lobbed magne-ride dampers at the GT in an attempt to give it everyday comfort and body roll-quelling verve.

The body control itself is superb, and much better resolved than the standard Mach-E, particularly at low speed, where the regular model bobbles along like it’s got rugby balls for wheels. That alone makes the GT feel like a more expensive car.

But like all cars that use tech to hide their weight, eventually it does catch up with you. Yes, the GT can be coaxed into amusingly daft tail-out nonsense. It can corner at speeds which would’ve ended McQueen’s Bullitt car chase in seven seconds flat.

But the driver gets no feedback, no reward, no encouragement. Like the acceleration, you try it once or twice to see how the GT copes. Then your face turns green, your stomach somersaults, and you take it out of Untamed mode, and settle back into Whisper instead.

What’s the verdict then. The Mach-E of choice?

Not for Top Gear, much as we deeply enjoy a stupidly overpowered American car. A normal Mach-E with the big battery and rear-drive will do over 330 miles on a real-world charge, and still sprint the 0-60 dash in a Civic Type R-embarrassing time.

The GT’s monstrous pace isn’t in doubt, and it’s a better handling, comfier, prettier machine than the base car. But are those parameters top of the EV wish-list right now? Range, charging speed and entry price are what get people talking at the moment. The GT is an old-school approach to a new-world problem.

Then again, if a Tesla Model Y Performance offends your eyes (and who can blame you) Ford probably offers the next best thing right now. It’ll be fascinating to see how the Hyundai N Ioniq, VW ID.4 GTX and Skoda Enyaq RS respond.