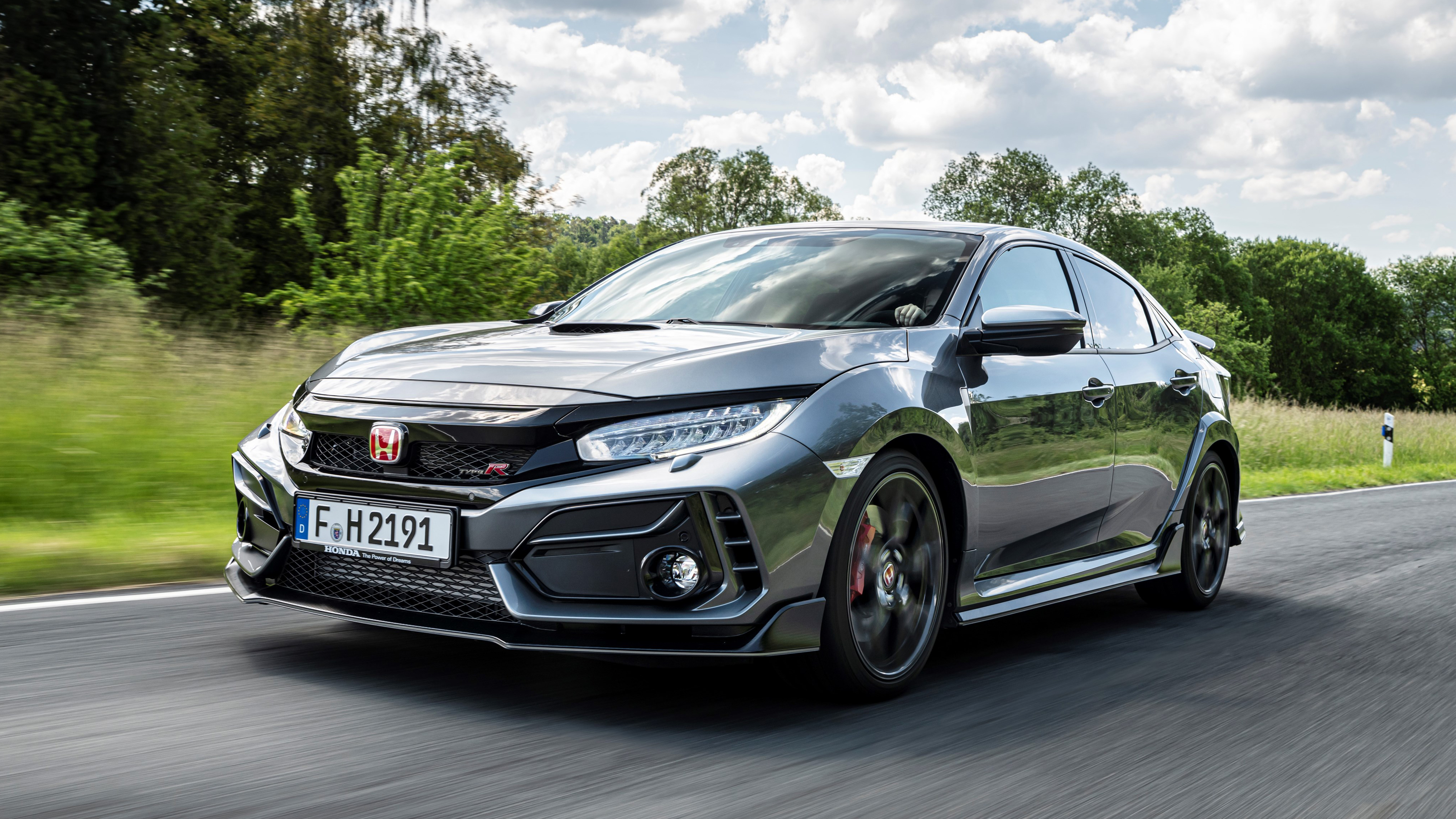 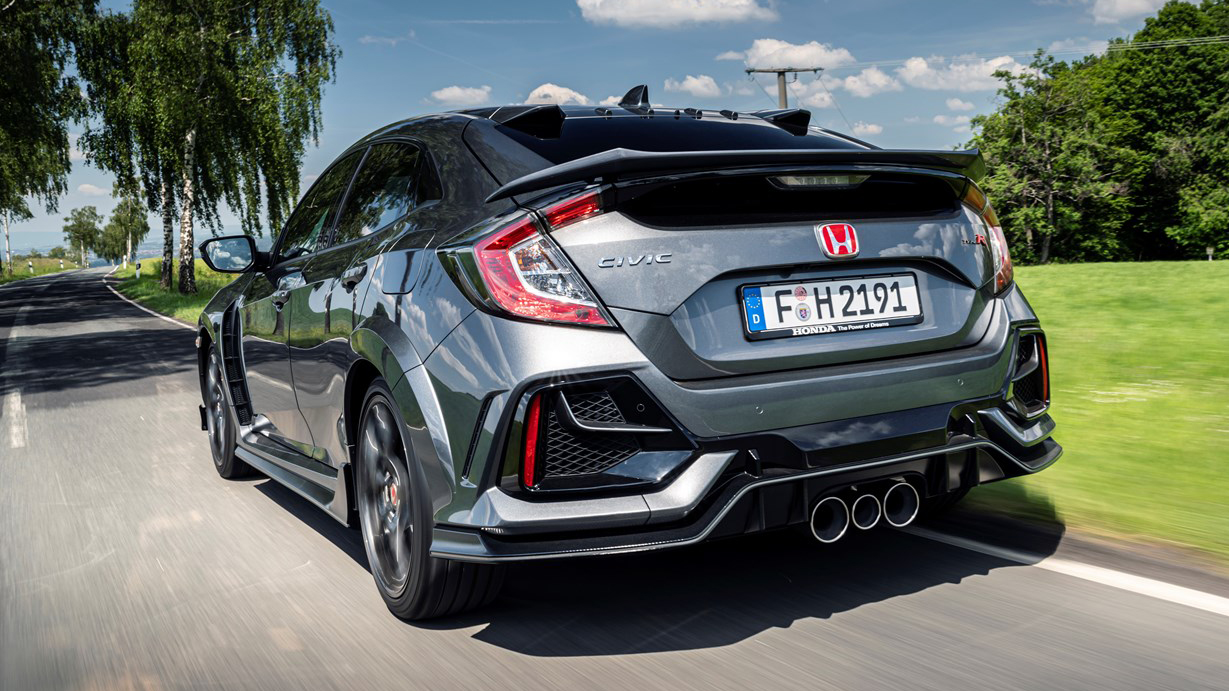 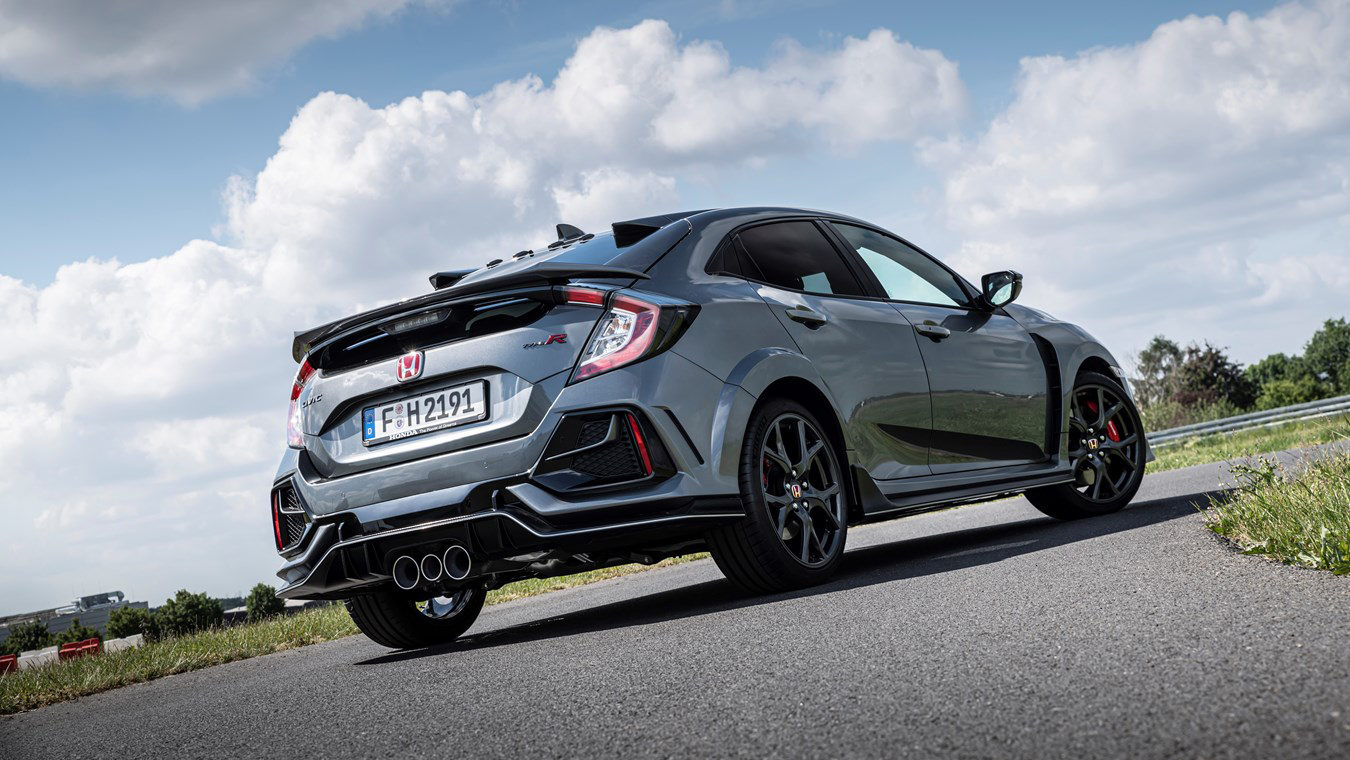 Honda Civic Type R Sport Line? How can you have a ‘SPORT LINE of a hot hatch?

The clue is in the name.

So what’s going on here? I spy a smaller rear wing…

And that’s what this will forever be known as the: The Civic Type R With The Smaller Wing.

The Sport Line is Honda’s (late) response to everyone who accepted the Civic Type R was a fabulous drive, but baulked at the idea of driving something that looks like a stegosaurus riding a skateboard. So, Honda has gone back to the drawing board, and tried to invent a super-Civic that’s subtle, discreet and inoffensive…

The rear wing still chops across the back window, but it no longer wraps around the top of it. Rear visibility is just as compromised as the standard car.

Not a very good start, especially as without the bookshelf spoiler, the car doesn’t look very well balanced. It’s like an elderly bulldog now: all teeth and growl up front, but hunched over and a bit pathetic if you sneak up from behind.

Elsewhere, the 20-inch rims have been swapped out for 19s, and there’s no longer a red pinstripe painted around the outer face. The side skirts, front splitter and diffuser have also had a lipstick-removal wipe. Why, it’s now as shy and retiring as a nocturnal field mouse.

Except it really isn’t though, is it?

No, it’s not. I get the sense that Honda’s heart really wasn’t in this. They’d gone to all that trouble to make a manga hot hatch generate real downforce, and then like hell were they going to make marketing tell them to cover it all up with a demure designer suit.

So, the roofline still sprouts vortex-generating spikes. The Honda badges still practically glow red with intent. So do the enormous brake callipers. 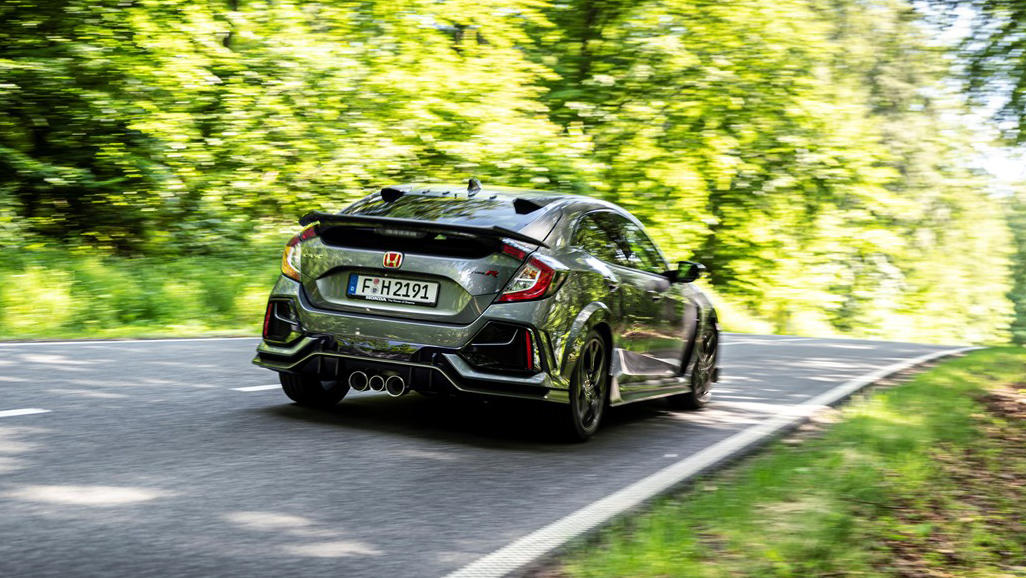 What about inside? A haven of leather and wood now?

Pffft. Honda has reupholstered the fabulous bucket seats in black velour instead of racy red, and left the clashing crimson trim on the dashboard. And the seatbelts. And the steering wheel. Which is now trimmed in Alcantara and feels like it would be just as at home in a Porsche GT3 Cup car.

All told, it’s a half-arsed job. Calling this Type R ‘the subtle one’ is a bit like saying Tokyo Drift is the most nuanced, delicately acted Fast and Furious film. Who are you kidding?

What have all these mods done to the performance?

Sweet foxtrot-alpha. Which means this is still not just a brilliant drive ‘for a Honda’ or ‘for a hot hatch’. This generation of Type R is one of the very greatest drivers’ cars in the entire world.

In fact, if I had to name the three most thrilling, driver-pleasing new cars on sale at this very moment in 2021, I’d choose the Porsche 911 GT3 manual, the Ariel Atom 4, and this. It’s (still) sensational, four years after launch.

So Honda hasn’t softened it off at all for the Sport Line?

Not deliberately: the 315bhp engine still rips hard and hoarse, the diff is eager and tenacious in its traction-seeking quest, and the way the chassis tackles bumps and cambers, grips like dried-on pasta sauce and yet still retains comfort and composure is freakish.

Oh, and what a gearshift. Direct, mechanical, and joyous. You’ll never long for paddles. Ever.

Come on. Something must be different.

Just one really: the smaller wheels do help the ride if you fancy deploying R mode on the road. As per usual, you choose from an extremely supple Comfort setting, a default Sport mode, and defcon R. The modes gradually stiffen up the dampers, weighten the steering and uncork the VTEC turbo’s response. You turn the ESC off separately.

Usually, R mode is way too boisterous for the public road. And that’s a pity, because the Civic denies an Individual mode (like a Hyundai i30N or VW Golf GTI Clubsport) to mix and match the angry engine with pliable riding.

But the Sport Line’s slightly shrunken rims mean for the first time, the ultimate Type R setting is tolerable on a country lane without getting unintentionally airborne, upside down, and airborne again shortly thereafter.

Still ugly, still fab to drive, still the hot hatch to have, then?

The Swindon plant, which made all Type Rs for the EU, has recently closed its doors. With the supply tap turned off, second-hand values are apparently rocketing up faster than 2020 loo roll prices, and while the Civic Type R remains available to order on Honda’s UK website, getting hold of one might not be as easy as it was even last year.

Course, we’re talking first-world problems here. People have lost their jobs. A community has been uprooted. And in the midst of all that upheaval, one of the world’s greatest cars is now a hot commodity.

Plus, the next-gen Civic has already been revealed, and a Type R is in the pipeline, so this car is about to become history regardless.

But. If you can muster the £35,400 to buy one of these (£985 more than base spec, but £1,150 more than a range-topping GT with the big wing), and you can stomach the horrific amateur-hour dashboard and infotainment, you will not be disappointed with the mind-blowingly capable, enthrallingly exciting experience. Whenever this Type R’s time comes, Mr Ugly here is going out at the top.