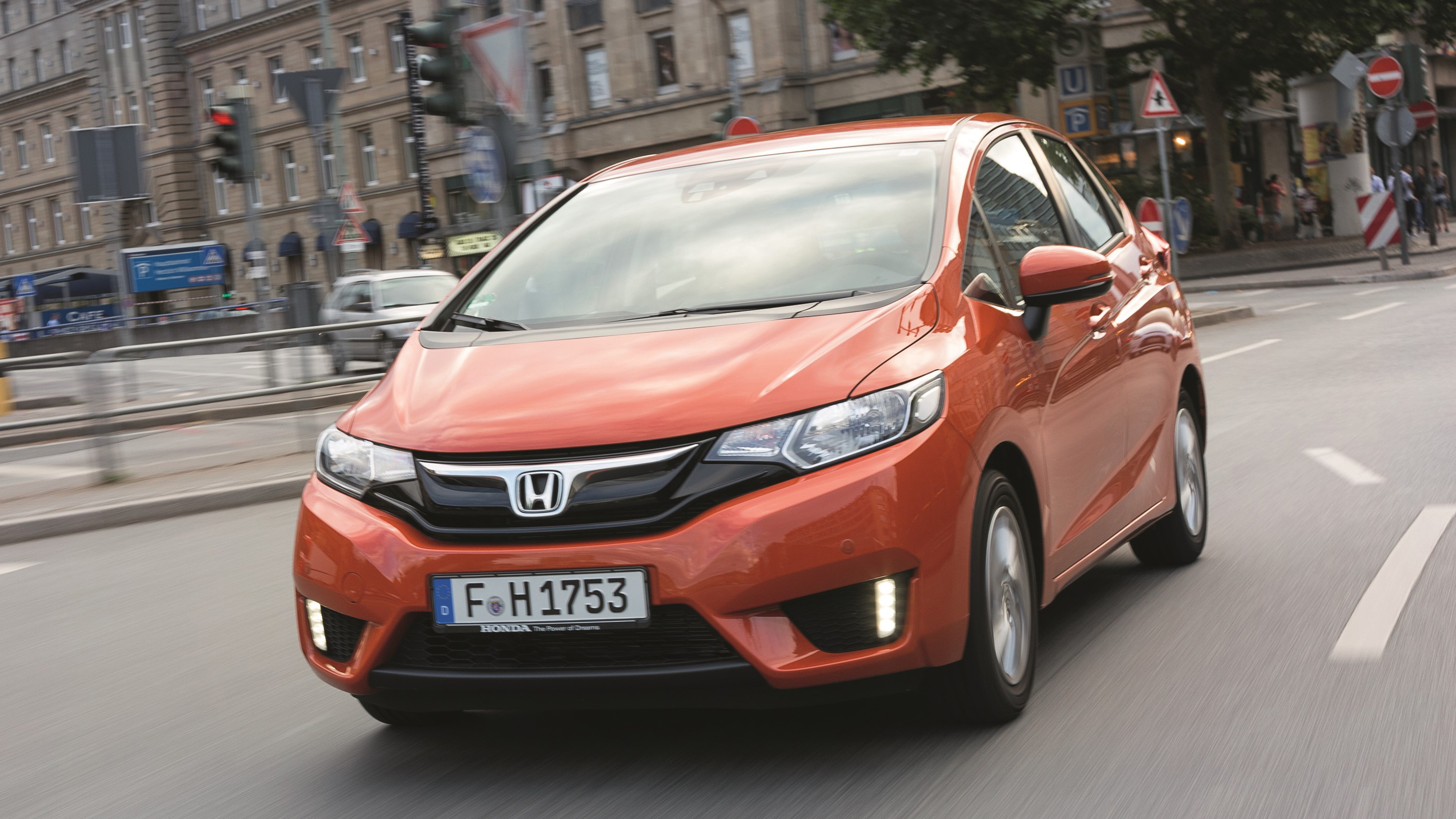 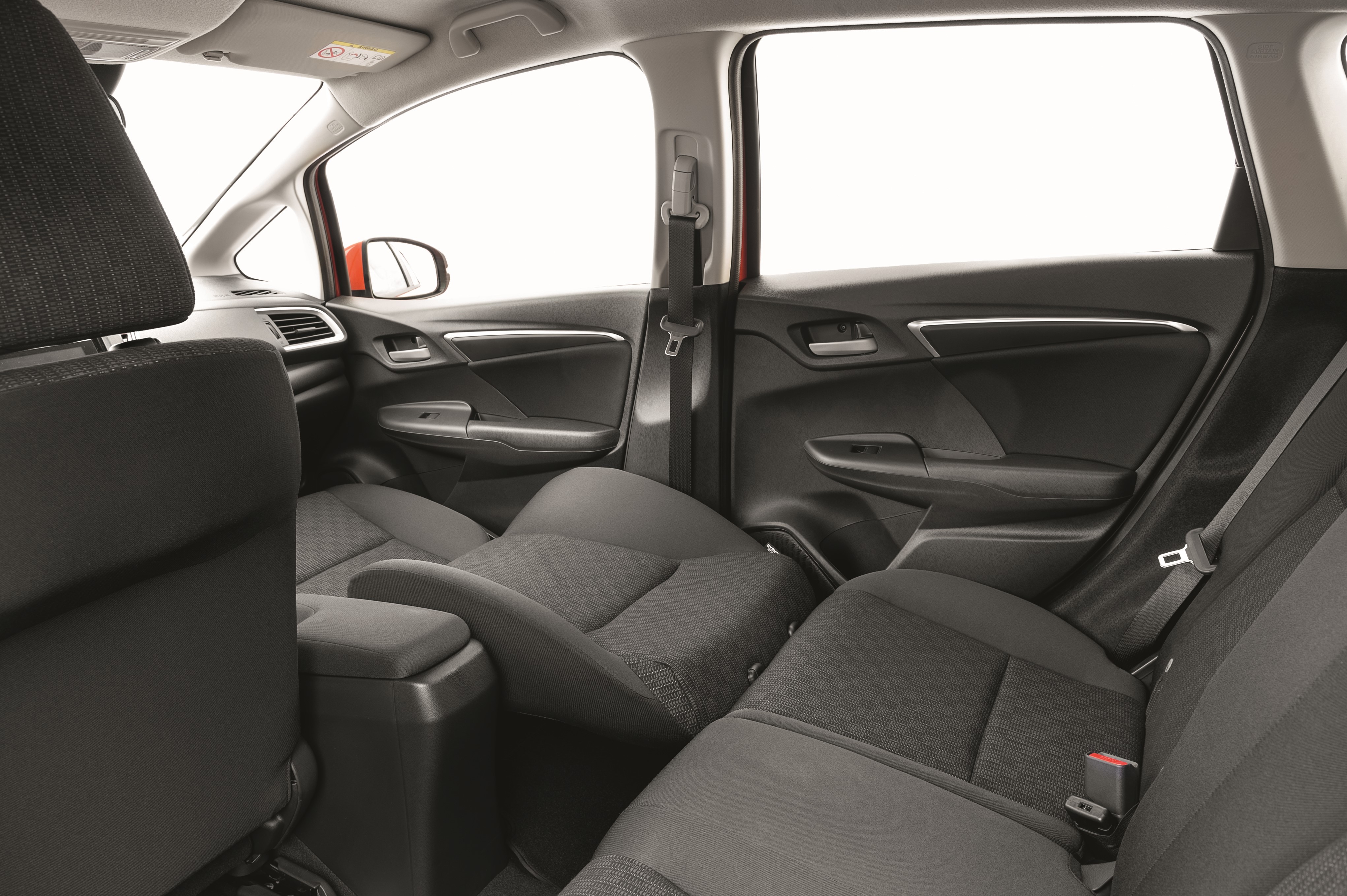 Not really – Honda knows where its market is. The average Honda buyer is 56 years old; the average Jazz owner is 61. It’s never going to be the coolest car about town.

But what the Jazz has always been is very, very clever. Space efficient. Reliable.  Safe. Easy to drive. The sort of things that make a car brilliant to live with day in, day out. That’s why 5.5 million Jazzes have been shifted worldwide since it came along in 2001.

More of the same here?

More room, certainly, as this new third-gen Jazz is bigger. The overall length is up 95mm, and Honda’s squeezed another 3cm between the axles. Doesn’t sound like much, but in a car that already made a mockery of every ‘multi-purpose’ crossover out there for sheer space and interior flexibility, the new Jazz yet more roomy and practical.

45mm of that growth has gone into the front overhang, so the Jazz can pass the latest crash tests, while a new fleet of adaptive cruise control and anti-collision braking backs up the safety spec.

More of the Jazzy same, then?

Honda admits that buyers liked the old Jazz so much (and it still sold so well, even in its, um, pensioner years) that not much needed to change. There are still lots of clever touches on board its replacement.

Simple ideas, like fitting the fuel tank in the middle of the car, under the driver’s seat. So no, you can’t sit down super-low. No Jazz buyer does.

Moving the tank forward leaves room under the rear seats for a hugely deep boot. At 354 litres, the Jazz’s cargo bay is closer in size to a VW Golf’s than a Polo’s. It’s massive, though the flimsy removable floor won’t support much weight.

Whether your joints are as creaky as an old British roadster or you’re just, well, lazy, the Jazz makes life easy inside. The seats are a doddle to fold flat (hello, 884-litre boot) or you can flip the rear seat squabs upwards, cinema seat style, for slotting in cumbersome items like bikes. Or a pot plant. 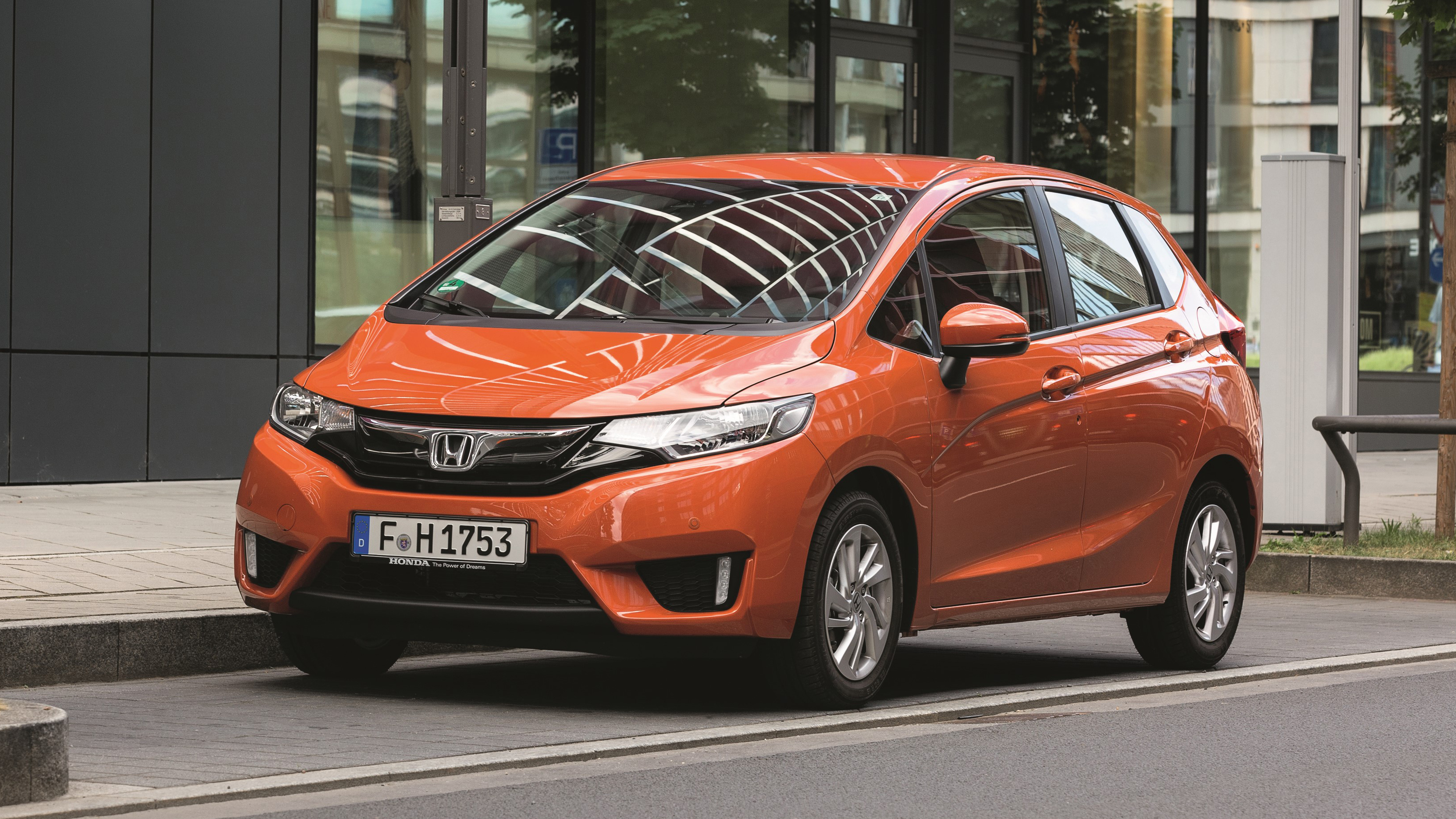 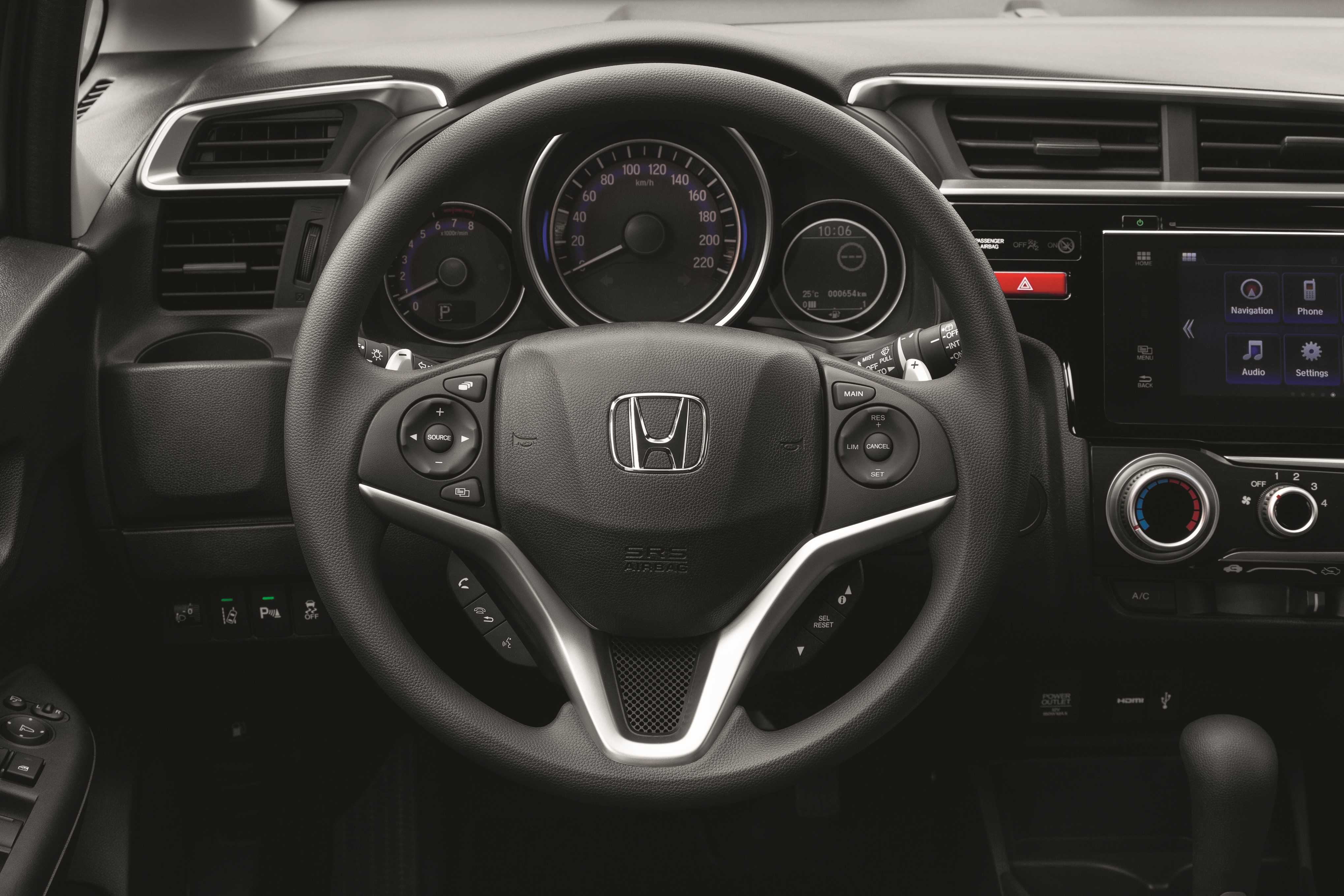 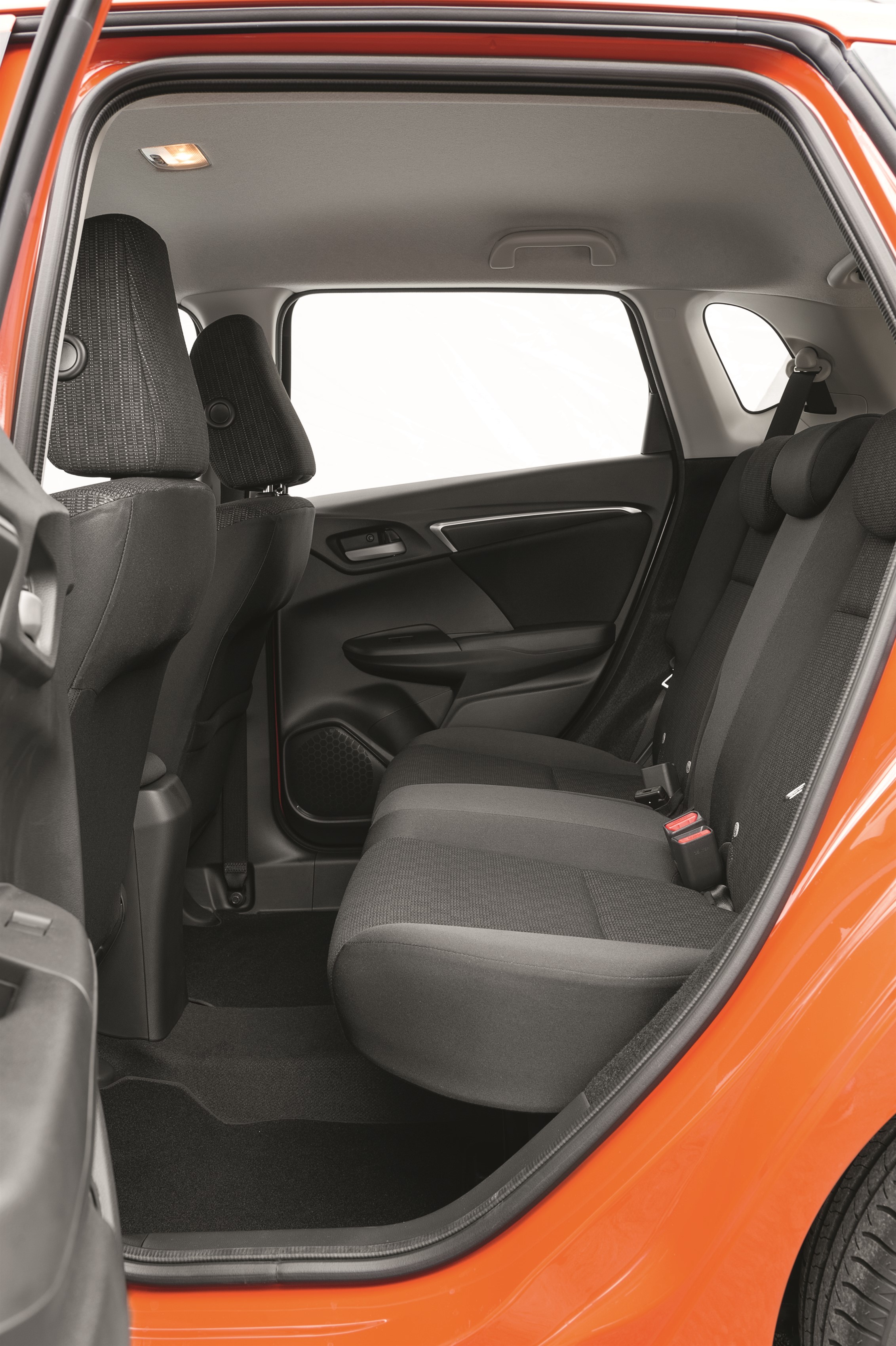 Okay, this is no Audi A3 inside, but the new Jazz does feel more sophisticated. Honda’s gone all touchy-feely, pinching the Civic’s 7.0-inch (5.0-inch on basic versions) touchscreen media centre, teaming it with touch-sensitive climate controls (again, swapped for pleasingly chunky dials on low-spec Jazzes).

It all feels very minimalist and clean, but the usual gripes about sun glare and fingerprints obscuring what you’re prodding remain. Also, everything beeps. Everything. It’s like driving around in a posh microwave.

Well there’s only one engine at launch: a 1.3-litre petrol four-cylinder, giving 100bhp and 90lb ft. Funny how in a world where even the Civic Type R has succumbed to turbocharging, this humble little runaround remains naturally aspirated, but it’s a lightweight, reliable workhorse.

You’re going nowhere unless you’re prepared to rev it (and even then, skins are safe on rice puddings), but on part-throttle, the engine’s buzz never really dies away.

There’s no conventional automatic, just an elastic CVT. The six-speed manual’s a pleasant shift, but this obviously isn’t a driver’s car. It’s very easy to operate – light controls, forgiving to ham-fistedness, and generally not happy to be hustled. Which is bang on fit for purpose, and why the droning CVT isn’t as offensive as it is in some ‘sporty’ Lexus models, for instance.

Still, if you’re going near any extremes of acceleration (sliproads, track days, bank robberies) the manual is far more responsive.

The steering’s surprisingly quick, decently weighted, but the brakes could do with being a tad less grabby.

Fine, I wasn’t expecting a hot hatch. How does it ride?

No worries here. The Jazz fidgets a tad over rough stuff, perhaps on account of its tiddly 1066kg kerbwight. Otherwise, it’s nicely damped, and the seats are comfortable.

The Jazz is exceedingly fit for purpose. It’s almost refreshingly lacking in the PR guff that surrounds every new crossover, vainly promising a fun drive, youthful looks and an outdoorsy lifestyle.