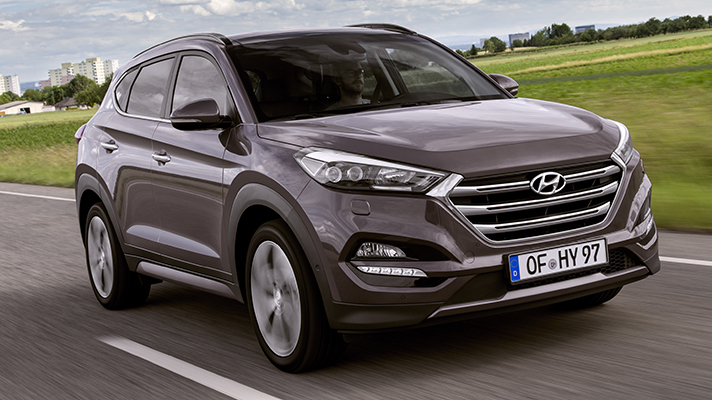 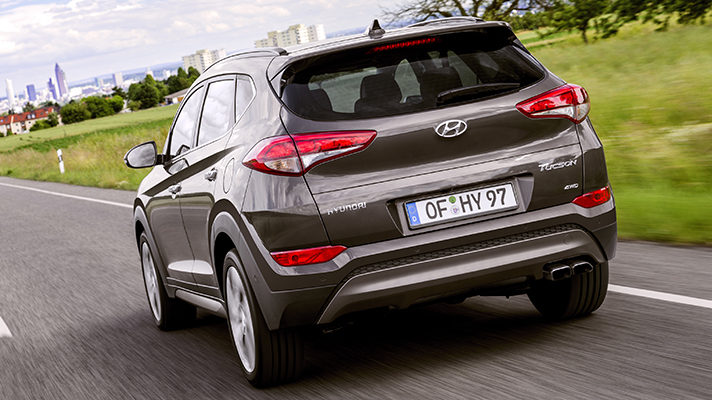 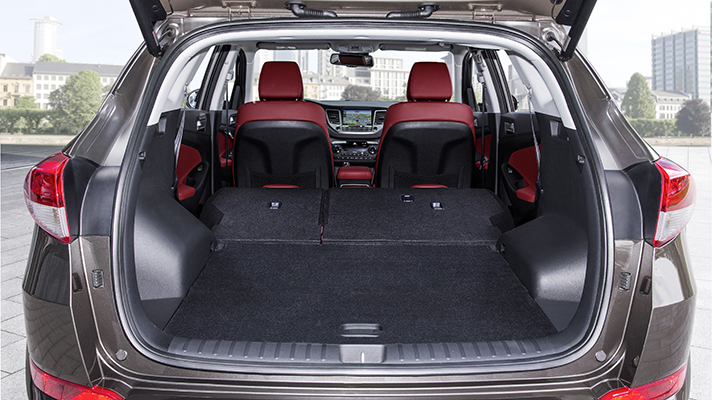 Tucson? That name’s a blast from the past…

Indeed it is. The Hyundai ix35 superseded the last Tucson back in 2009, but now the Korean company has rejuvenated the name for that car's replacement as it gets serious about tackling the Nissan Qashqai.

Yes, and that’s exactly the point: Hyundai wants the new Tucson to be seen as a junior Santa Fe. And seeing them side-by-side, there really isn't much in it in terms of overall size. It's the smaller car that looks better proportioned too, with shorter overhangs and crisper lines.

So it's bigger than the Hyundai ix35?

A bit. The new Tucson is 30mm wider and 65mm longer than its predecessor, with 30mm of that in the wheelbase to the benefit of interior space. There's tangibly more legroom in the back than in the ix35 - and indeed more than in the Qashqai too.

At 513 litres of boot capacity, the new Tucson still betters its Nissan rival in that regard, with the space accessed via a wide-opening tailgate - electrically operated on the ritziest model. The rear seat backs fold completely flat at a tug of a lever too.

Very pleasant indeed, or at least it is in the bells-and-whistles Premium SE versions we tested at the launch, loaded down with heated and ventilated leather seats and every conceivable optional extra included.

Top spec cars kick off at a considerable £28,345, nearly ten grand more than the Tucson's starting price, so we don't expect Hyundai to shift many of them. The volume model is expected to be the SE Nav car, starting at £21,295 and including, as the name suggests, sat nav - a swish new eight-inch touchscreen system developed by TomTom.

In terms of quality, the Tucson carries on where the Santa Fe left off, with sensibly laid out and tactile switchgear and more soft-touch materials than most cars in the segment. It's a classy cabin.

So is it any good to drive?

Mostly, yes, but again the caveat is that our time was restricted to high-end versions with four-wheel drive, the new 1.6-litre turbo petrol (174bhp and smooth, but no one in Britain will buy it) and the range-topping 2.0-litre CRDi diesel producing 182bhp and 295lb ft of torque. The majority of buyers will stick with front-wheel drive and the more modestly endowed 1.7-litre diesel of old unless they have a lifestyle that involves towing things, or they live in snowy mountains.

The four-wheel drive system comes with a lock mode to force 50 per cent of engine output to the rear wheels for sticky low-speed situations.

Generally the Tucson is a capable handler, with good body control and damping. Refinement’s good, with low noise and intrusion from the outside world.

Even on 19-inch wheels, the diesel we drove rode exceptionally well, though, oddly, the petrol version thumped about a bit around town. Steering’s a bit weird, mind: put it into Sport mode and it becomes horribly weighted and artificial feeling, while the Lane Keep Assist System (standard on SE and above) is over-eager to get involved, giving the odd sensation that the car is trying to do the steering for you.

Come on then, Tucson or Qashqai?

Tough one. We're edging towards the new Hyundai here, especially as it has a five-year unlimited mileage warranty. We’ll make the final call once we try a more representative version of the Tucson back on UK roads.