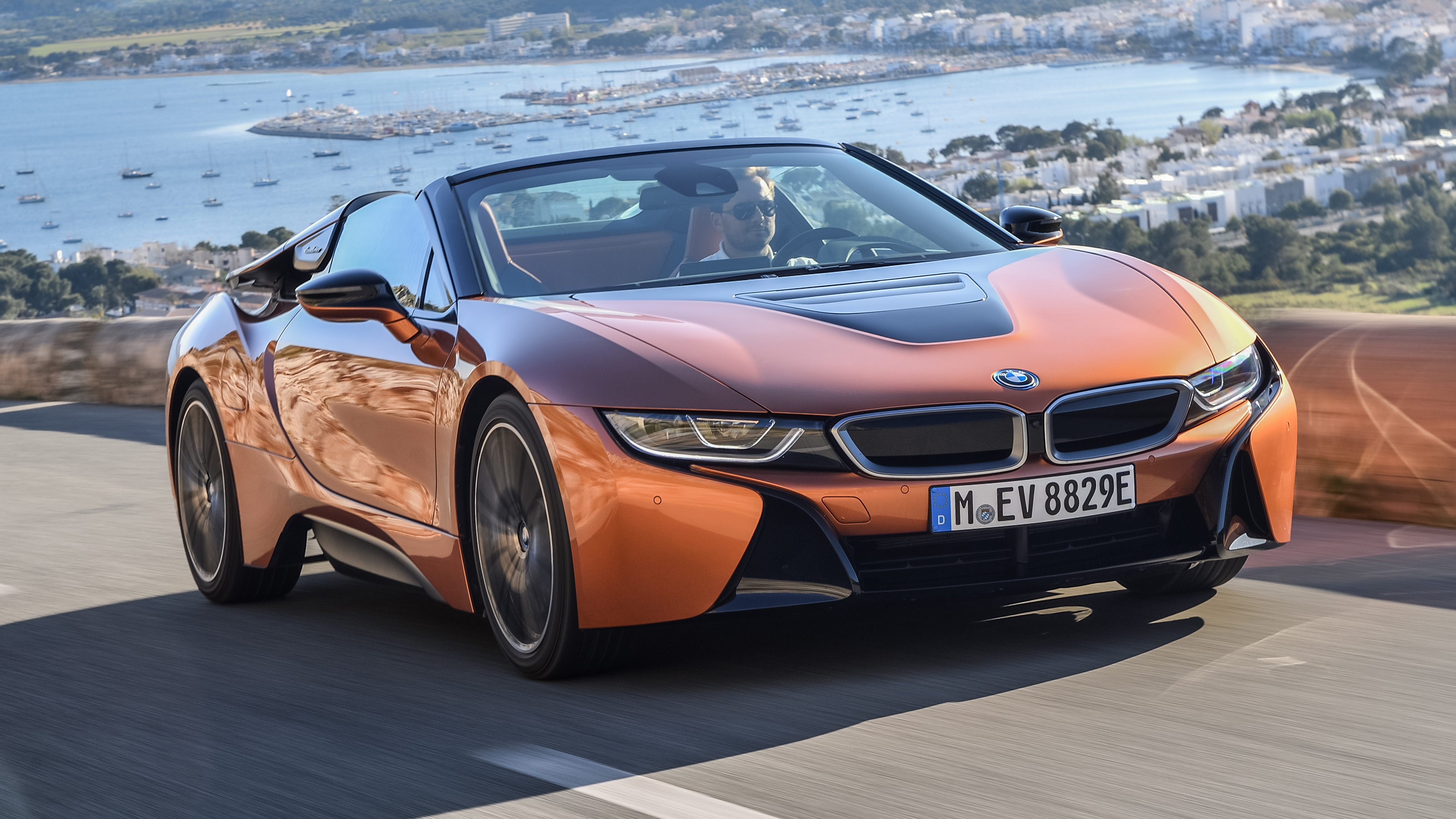 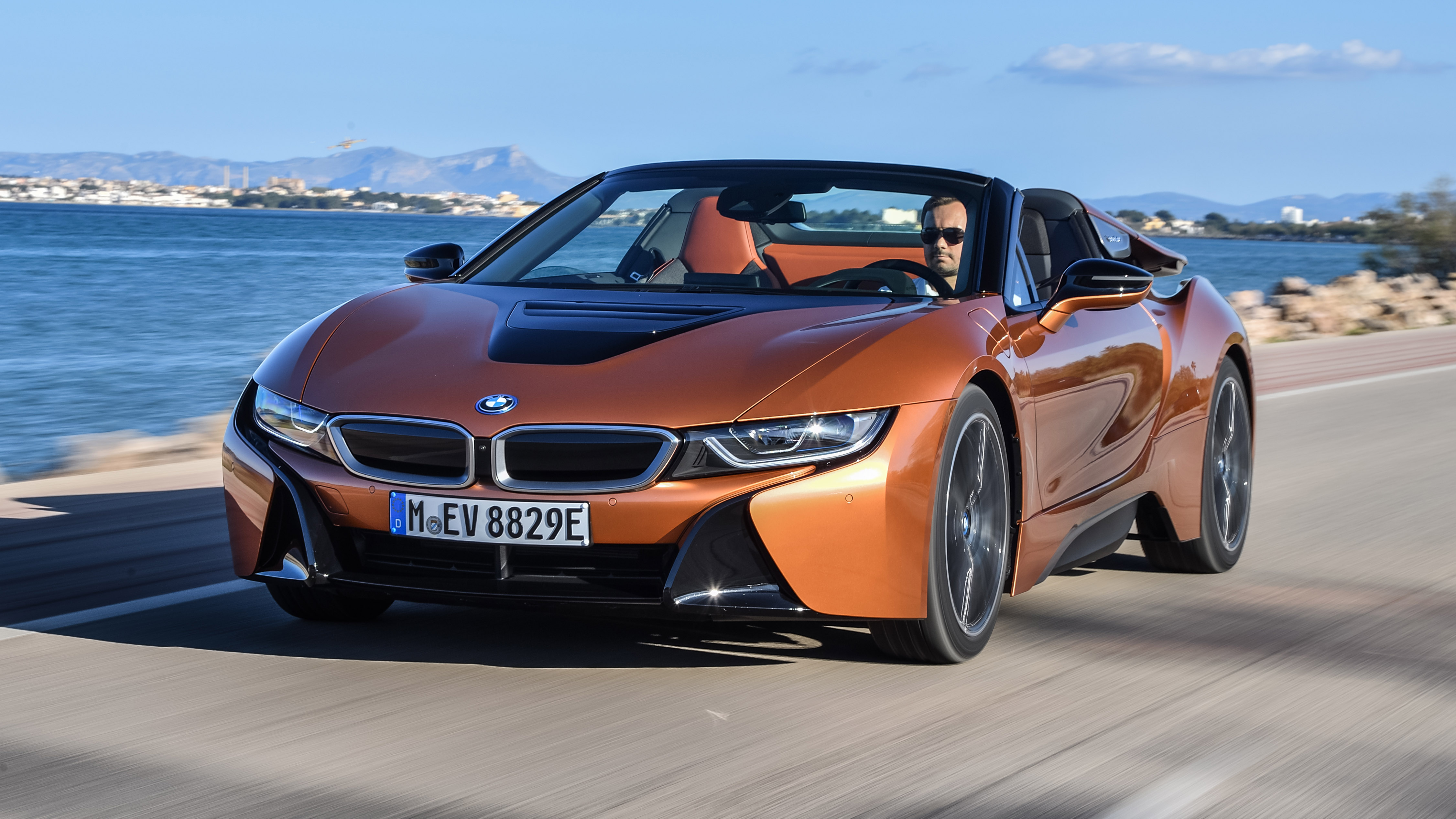 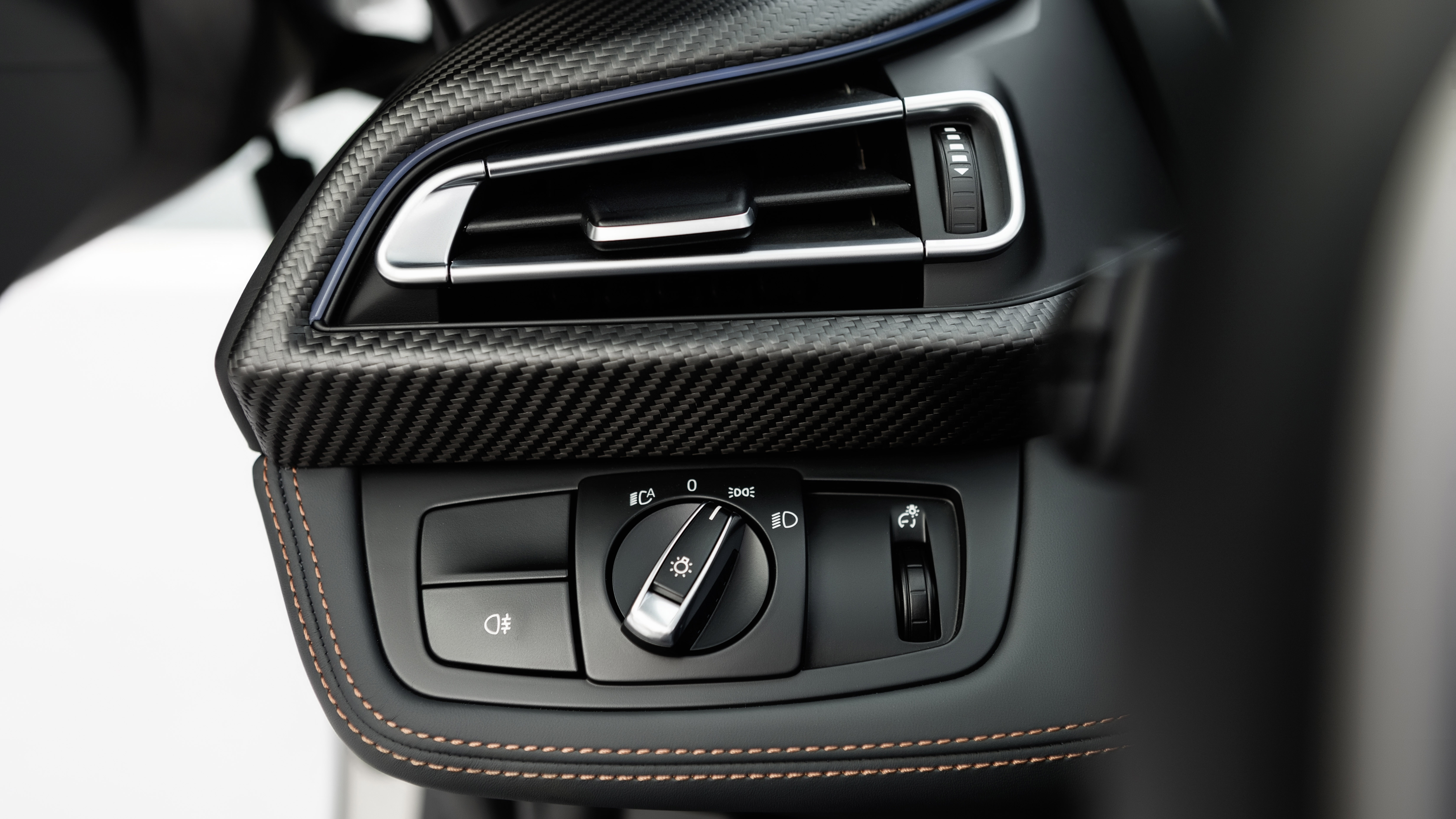 So now there are two BMW i8s?

Yup, the Roadster is an addition to the Coupe. Sports-car buyers like to have a choice, and BMW reckons the open i8 will roughly double the i8 business by selling as many as the Coupe does.

What about the performance?

At the same time as the Roadster launches, all i8s get a boost compared with that original i8 Coupe. For a start, the battery has 70 per cent more capacity. This extends the electric range to a realistic 25 miles. The actual test figure is an unrealistic 34 miles. Or to be pedantic it’s 34 for the Coupe and 33 for the Roadster, which has to lug along an extra 60kg in roof mechanism.

In both i8s, the spunkier battery means another 12bhp out of the front electric motor, taking it to 143bhp. So the EV-only speed rises to 75mph.

And what about the rest of the driving experience?

In performance, the Roadster and Coupe are pretty much the same. That means well under five seconds for 0-62mph sprints. And quick takeoffs are fuss-free. Once you’re in sports mode (gained by slotting the transmission lever to the left) you just press the accelerator and go. No messing about with the launch control of petrol rivals, or the battery conditioning palaver of some EVs.

The engine makes a cheery warble in the sports mode. Then there’s a ‘comfort’ hybrid mode where it runs more quietly, and is shut off much of the time. Finally, the EV mode, which suits the Roadster well. You glide along, listening to the soundscape around you without adding to it.

The Roadster’s sport-mode handling is actually sharper than the original Coupe’s. Everyone knew the original was prone to understeer. The engineers could have just widened the tyres, but that would have gone against the skinny hypermiling philosophy. So instead, while developing the Roadster, they stiffened the rear anti-roll bar and slightly softened the rebound damping at the front. Both those things reduce the understeer.

So now there’s a very even balance most of the time, with lots of security and a sense of what the car is doing underneath you. It pays to be careful to get your braking done early. Otherwise the front electric drive might still be regenerating (ie. supplying reverse torque to the tyres) as you turn in, causing the nose to push on a little.

The Roadster gets some extra body stiffening compared with the original Coupe, to compensate for the lack of roof. The rear bulkhead is reinforced, and a couple of vertical bars connect the subframe to the body.

Ah, but then the production engineers figured it’d be simpler to put those things on the Coupe too. So the development guys took advantage of the fact the Coupe now has yet more structural stiffness, and tautened the springs and dampers. That makes the facelifted version of the Coupe, launched at the same time as the Roadster, the sharpest i8 yet. 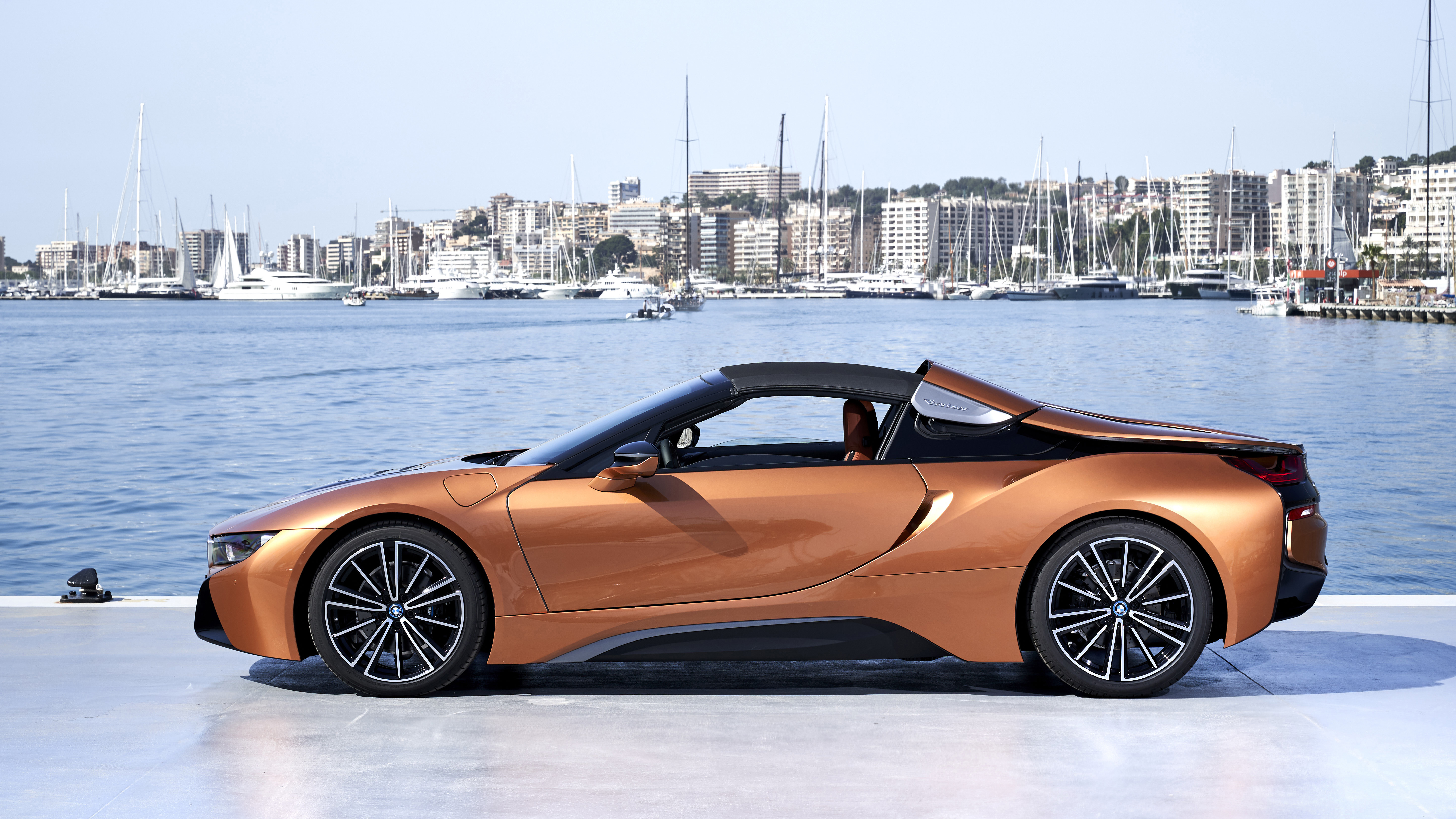 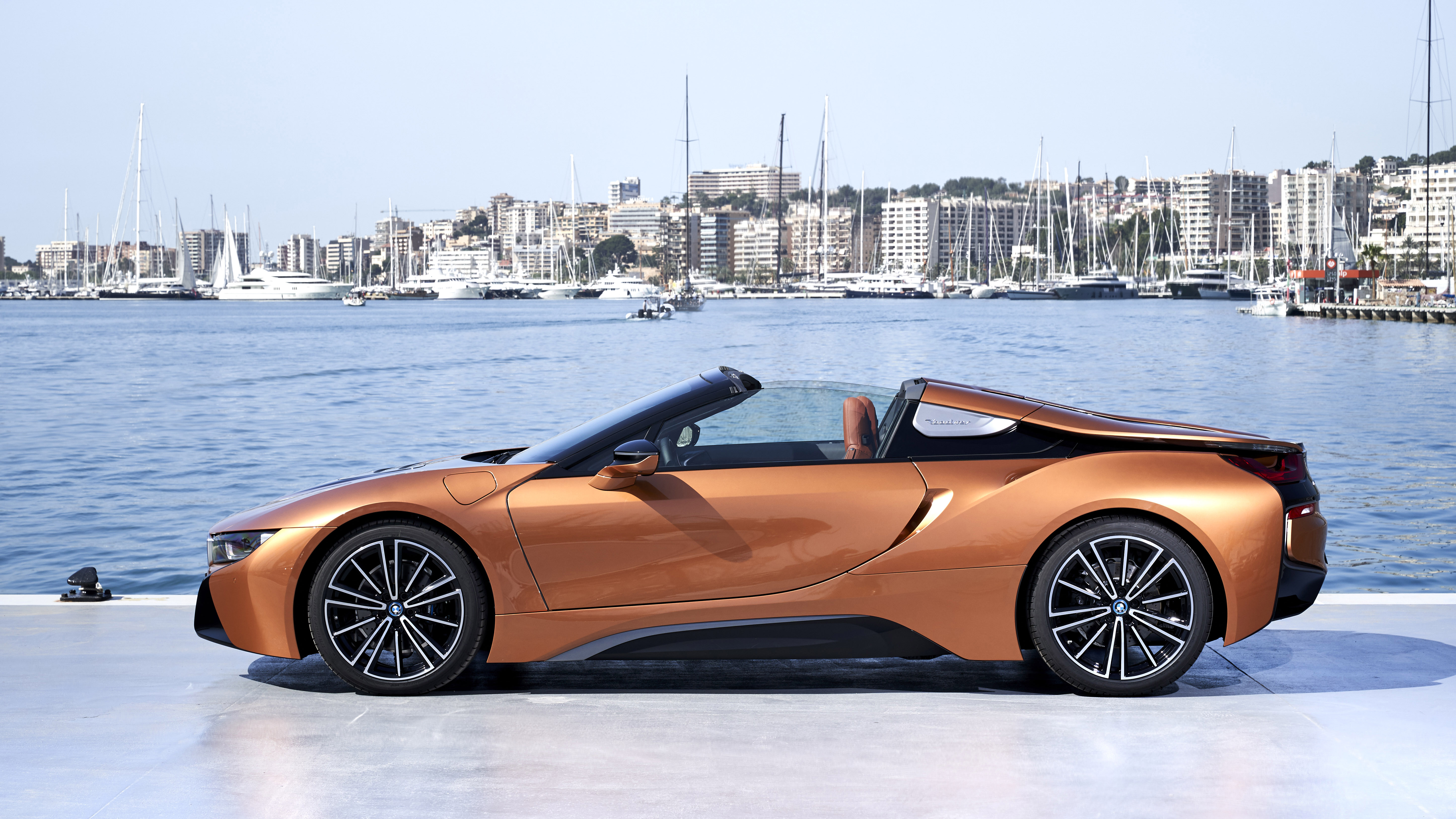 How does the Roadster work as an open car?

Surprisingly well when you realise that (although there was a concept i8 Spyder as long ago as 2012) BMW didn’t initially engineer the production i8 with a convertible in mind.

Still, once the Coupe was safely in production, a skunkworks team simply filched one, hacked off the roof and set off round the test track to see if the result would drive ok. Then they crash tested it. All good so far. But then they found other stumbling blocks.

The front radiator spilled hot air through a bonnet vent. That streamed up the windscreen and over the roof. With the roof gone, it spiralled down into the cockpit, toasting the occupants. So the engineers blocked the vent and re-routed the heated air out of the sides. Which meant more scarcely visible aero changes behind. (The Coupe gets that change too, for manufacturing simplicity.)

The Roadster has its own doors because they’re frameless, so they’re built around new carbonfibre inners. The Roadster also has different seats from the Coupe – they incorporate the head airbags that the Coupe fits into its side roof rail. Those unique Roadster seats also blank out the hole below the head restraints, so you shouldn’t get a draught on the back of your neck.

Result of all this is that even at 60mph with the windows down, turbulence is almost spookily absent. Above that speed, just wind up the side windows and rear glass, and it’s still peaceful.

Can’t imagine there’s much room in the back seat.

None at all. The Roadster is just a two-seater. Where the Coupe has small child seats, the Roadster houses its folded roof and a space for two decent-size bags. The roof itself, by the way, folds in just 15 seconds.

So it’s a well-developed machine?

Yup. There even had to be changes in the engine bay’s internal cooling air ducts, just for the Roadster. Long story short, without those changes the Roadster’s air flow coming off its roof would mean the bay getting hot on one side. In testing, that made the damper fluid and suspension bushes go softer on one side than the other, to the point where the handling could get wonky.

So the changes from Coupe to Roadster are more than you’d think.

Was it all worth the effort?

Yes. We love the i8 anyway, because of its ability to change personality to suit the circumstance: sports blaster when the chance arises, subtle fuel-sipping hybrid when cruising, pure-electric commuter. The Roadster adds another angle when the weather’s kind, but still insulates you when it isn’t.