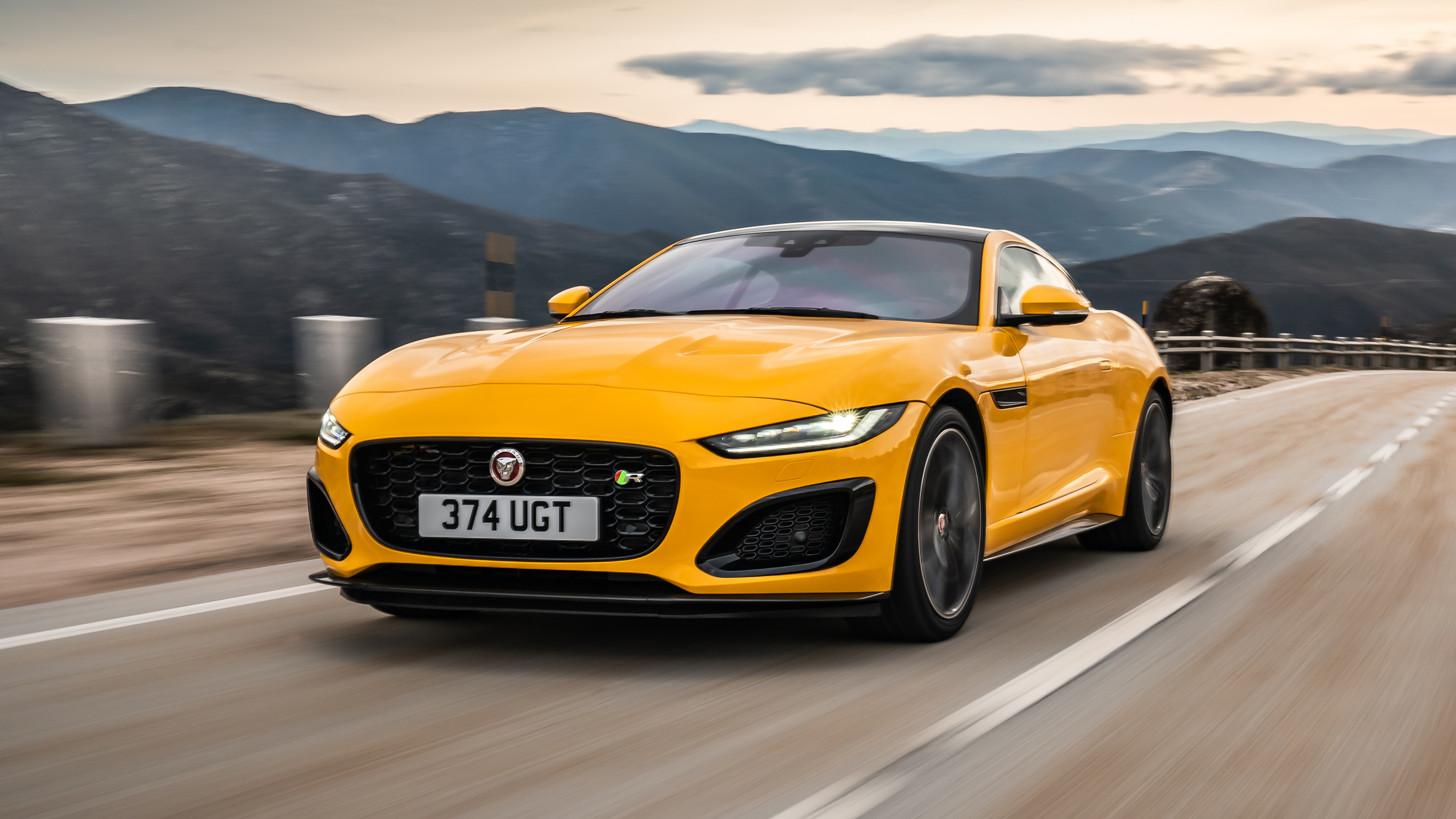 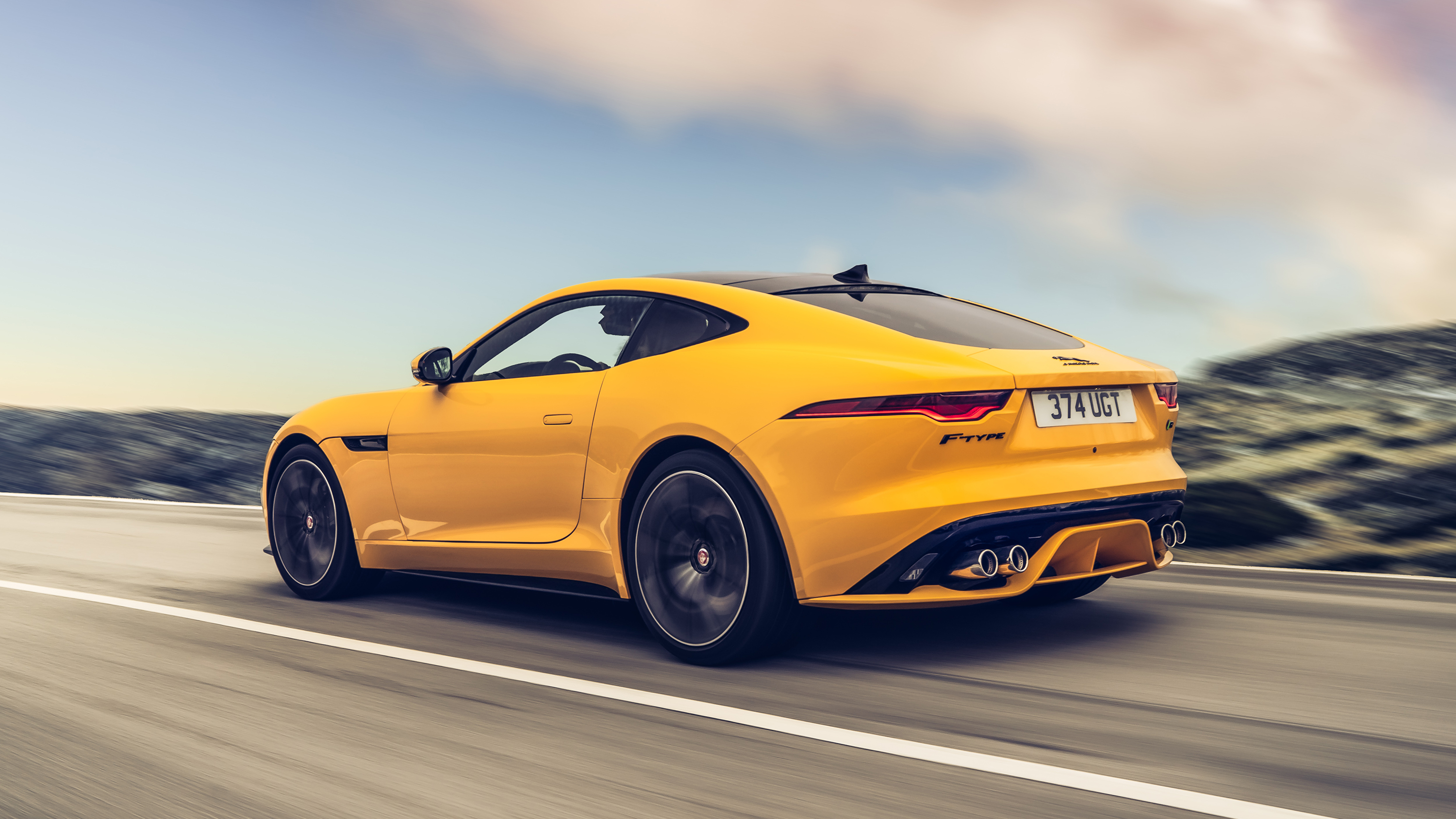 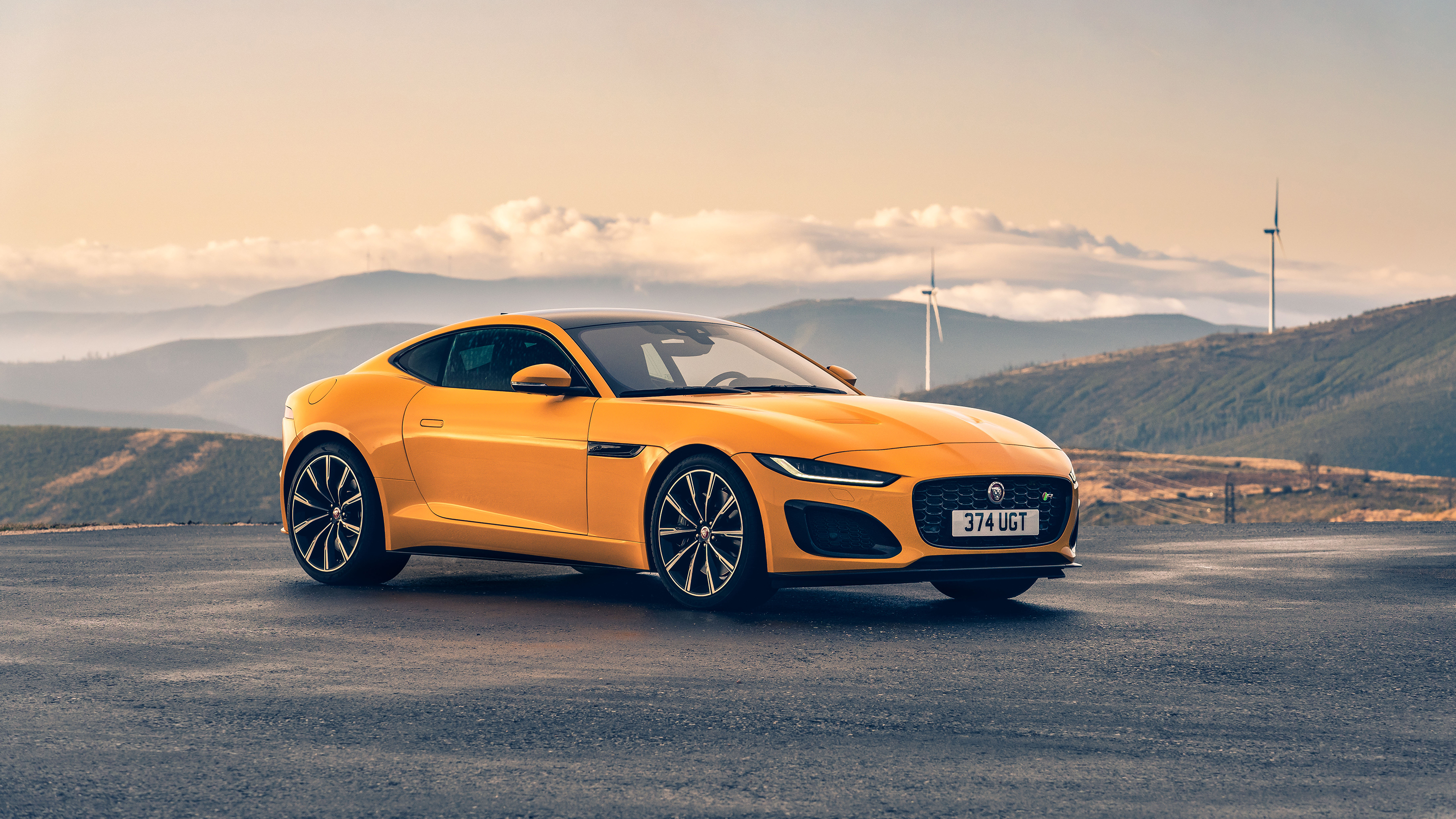 I’ve not seen an F-Type in that colour before…

It starts at a whisker over £97,000, making it a whole hot hatchback pricier than the next F-Type down, the P450, which is also V8 powered.

So how does it justify it?

With another 125bhp and two more driven wheels. The R is now all-wheel-drive only – perhaps for the best given how frisky and TVR-ish the earliest V8 F-Types were – and it’s gained the 567bhp tune of supercharged 5.0-litre that was found in the old F-Type SVR. Which means it tops Jag’s new-for-2020 sports car range, with a Special Vehicle Operations version not confirmed and likely some way off.

This is the hardcore one, then?

Um, not quite. On the surface the F-Type’s changed little, slender new headlights aside. Its shape is identical, its dimensions no different and its interior has gained little beside new digital dials and a more usable media system.

It’s under the skin where the big stuff’s happened. The SVR may have been a 200mph F-Type, but it wasn’t the least bit unhinged. Unless you turned off the electronic nannies and gave it a bootful. It felt more like a GT car with a savage soundtrack, and so with its engine tune and suspension setup filtered down to the rejigged F-Type R, that too becomes a mature, grown-up thing. Especially given the SVR’s barely legal Inconel and titanium sports exhaust hasn’t made the leap over. Probably for the best, if you value being able to enjoy a performance car without alerting the nearest ten postcodes.

The steering is nicer than it’s ever been in an F-Type – still a long way off what Porsche manages in terms of actual communication, but its responses are sharp and intuitive – and the suspension is properly compliant for a car with such a savage turn of pace.

Yup, with the help of its standard AWD this is a quick old thing. Its 0-62mph time is 3.7secs – formerly the reserve of bona fide supercars – and its top speed limited to 186mph. Your only transmission option is a rather splendid eight-speed paddleshift auto.

This feels like a completely different car to those early V8 Fs, road-narrowing girth aside. It exhibits placid manners when you’re just mooching about the place but plentiful mischief should you slacken the electronics to their supremely judged halfway mode and go looking for fun. Allied with Jag’s rear-biased AWD, they cast a joyously flexible safety net beneath you.

It’s £27,000 more than the also excellent F-Type P450, which is a lot given the extra power is basically superfluous on the road. But look at it from another angle and you’ve basically got a politer version of the old SVR for almost 20 grand less.

You get everything you need as standard, too. Unlike pretty much all of its rivals, Jaguar's pre-ticked all the best boxes, with selectable chassis modes and the biggest infotainment on every R with carbon-ceramic brakes (at £7,705) the only big option, and one we'd probably skip if you never venture on trackdays. And you'd be buying a GT3 if you did.

Every other option revolves around wheel and leather choices or whether you want blind-spot monitoring and self-parking. You’d never call the R cheap, but given the previous range-topping F cost another 20 per cent still, you could argue it represents value.

Will there ever be a rowdier one?

“SVO are continually committed to amplifying performance attributes and bringing more SV vehicles to market in the future,” reads the official company line. Our fingers are firmly crossed for a wackadoodle Project 9; more usable than the old Project 7 speedster, but wilder and more risqué than the surprisingly well-mannered (‘zorst aside) SVR.

For now, this R puts up a surprisingly strong fight against a 911 Carrera S, BMW M8 or Aston Vantage. With this 2020 update so subtle, Jag’s sports car can’t help but feel like it lags behind them technologically, not least because of its shortage of active safety systems or chintzy head-up display. But when it comes to character, the F-Type still possesses the stuff in spades.