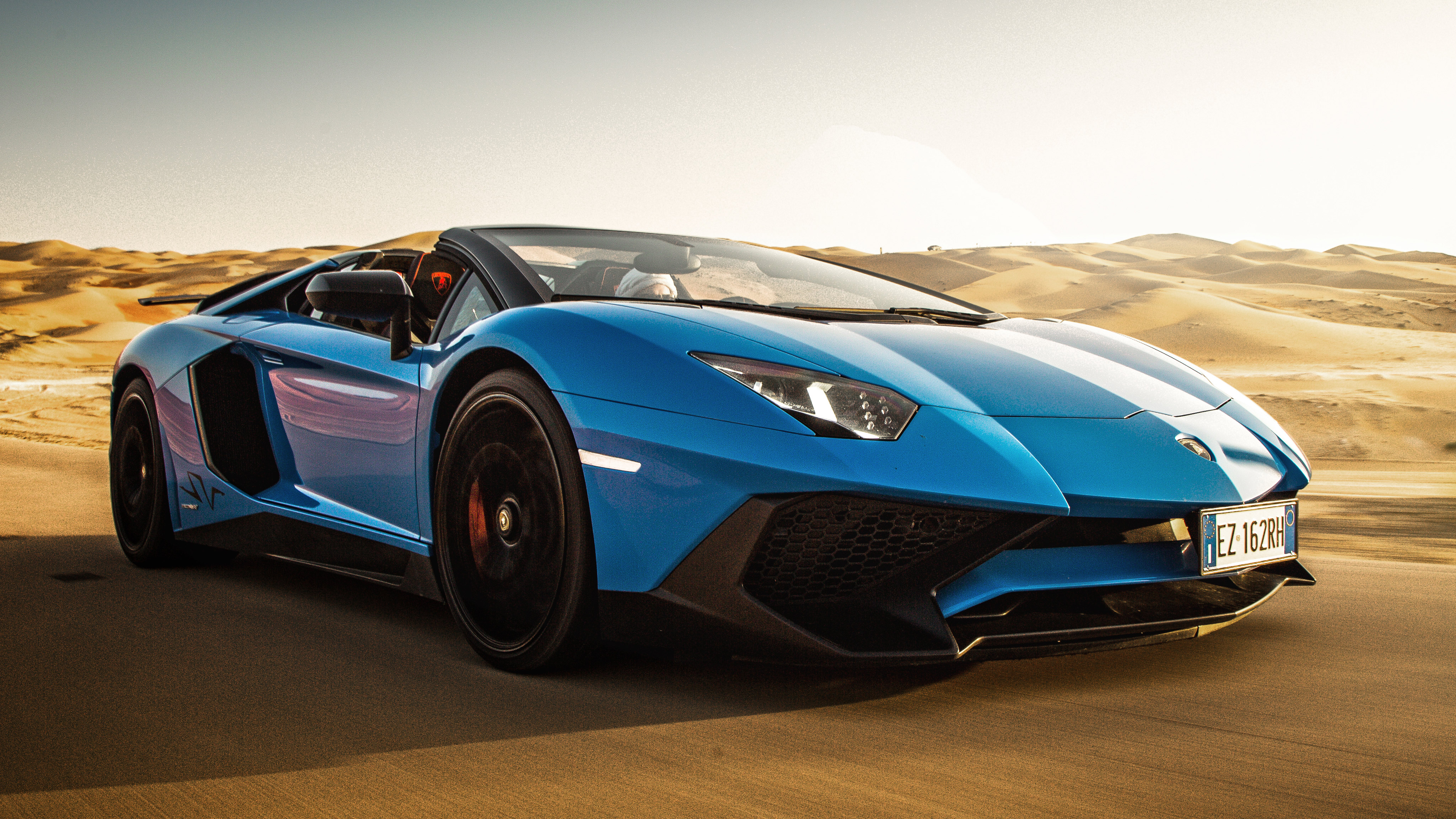 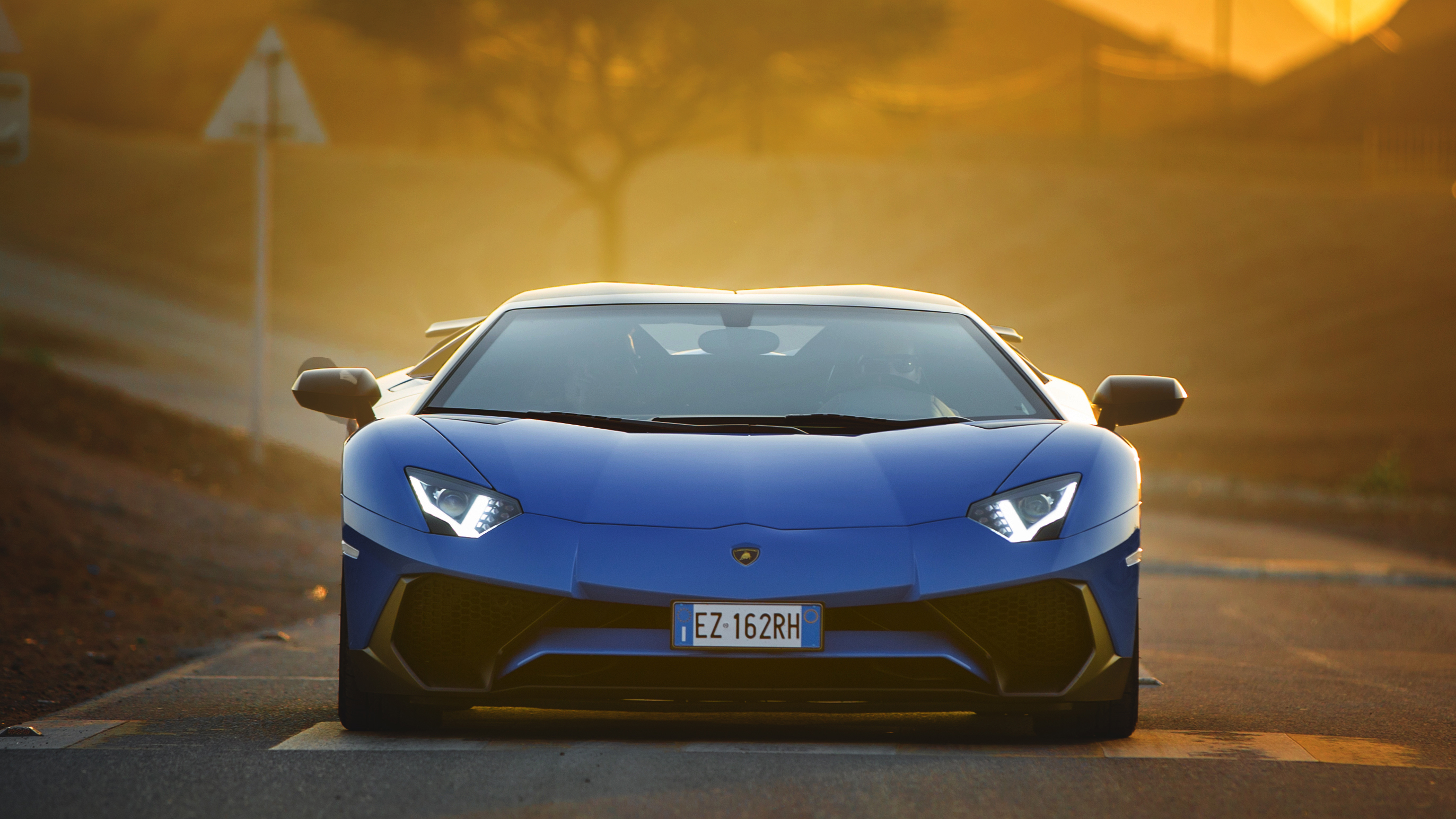 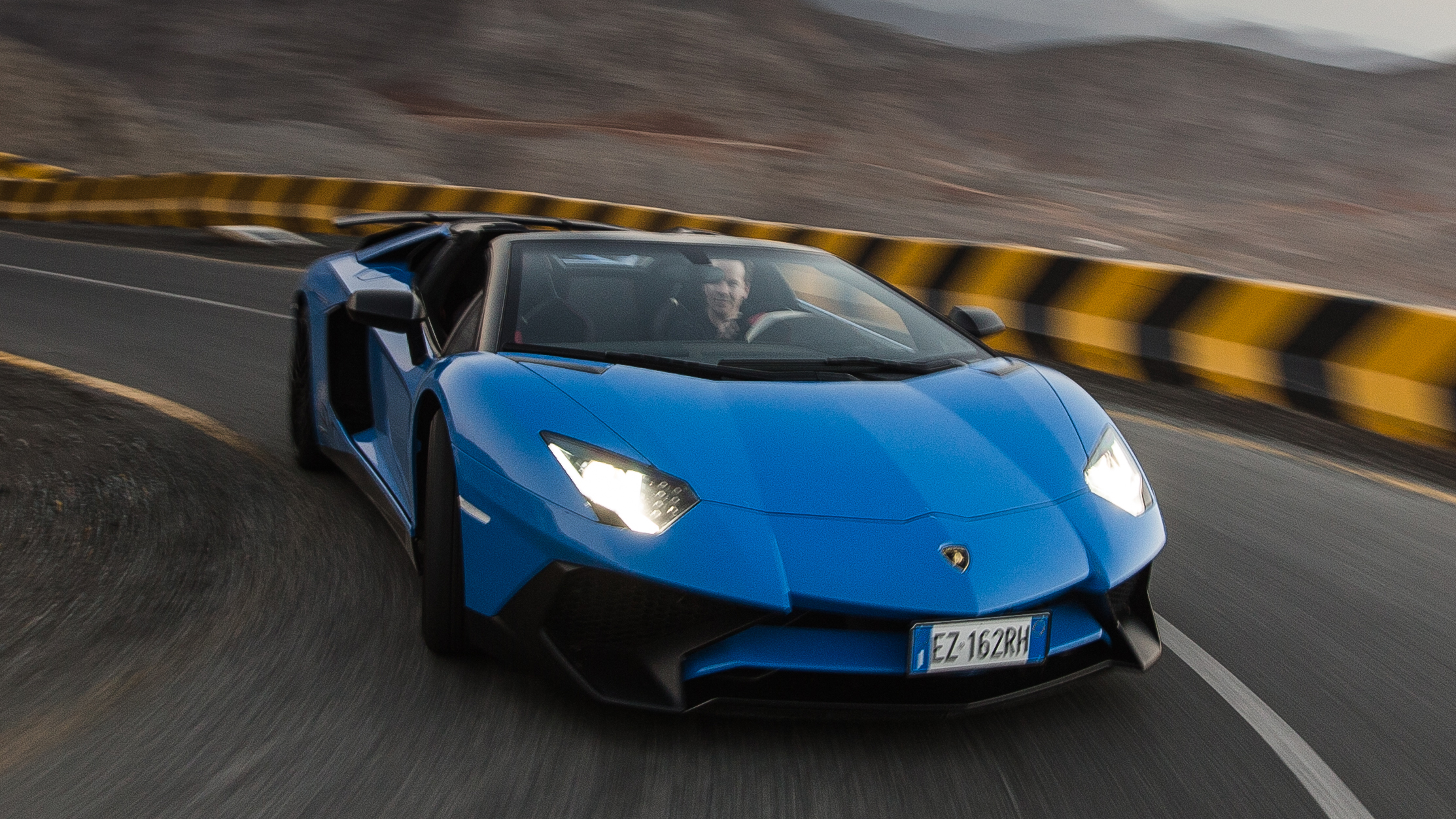 It’s the first Lamborghini convertible ever to wear the SV badge, a designation offered to only four of Sant’Agata’s coupes in the last 44 years.

As a result, this is not a cabriolet of the posing variety. It’s rather more serious than that.

Well, the Aventador’s 6.5-litre V12 has an all-new exhaust system that sounds like it was forged in the fires of hell. There’s revised valve timing and intakes, too, resulting in a 49bhp boost over the standard Aventador Roadster.

It’ll hit 62mph in 2.9 seconds, a tenth down on the Aventador SV Coupe, but the 217mph top speed is identical. Like the Coupe, a sub-seven-minute Nurburgring lap is within grasp – that’s just a few seconds behind the Porsche 918 Spyder. 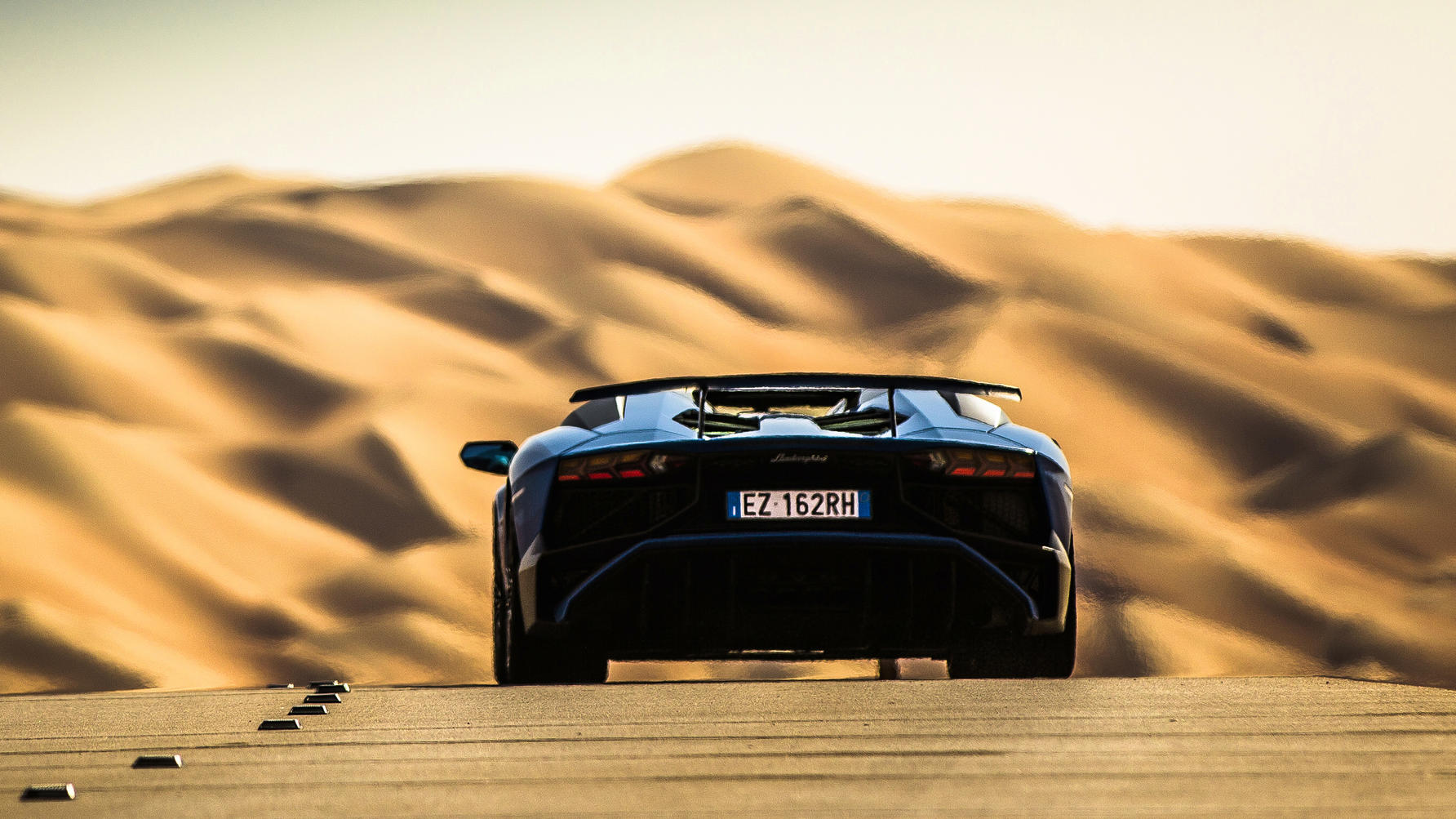 So what does an SV get that a standard Aventador doesn’t?

It’s what it doesn’t have that matters here. Our test car had the infotainment system deleted (it’s a no-cost option to put it back in) in the pursuit of lightness.

Frankly the weight difference is negligible, but it does give the cockpit a more focused appearance, and lets you concentrate on the job in hand. Namely keeping this V12 behemoth on the straight and narrow.

There are carbon shell bucket seats, carbon door panels with leather straps for handles, and a two-piece solid carbon fibre roof that pops off and slots neatly in the front boot, leaving room for your favourite piece of A4 paper.

The manually adjustable rear wing and fang-like front intakes are carbon fibre, too. Basically there’s a lot of carbon fibre.

As a result it weighs 50kg less than the standard Aventador Roadster, at 1575kg, but 50kg more than the SV Coupe courtesy of necessary bolstering for the chopped chassis.

Carbon-ceramic brakes are standard, as are adaptive dampers, pushrod suspension and Lambo’s ‘LDS’ variable ratio steering system that does the Huracan no favours.

Not a bit of it. Unless you crash into a speed bump or a pothole – at which point the carbon monocoque trembles ever so slightly beneath you – it’s ridiculously pointy for such a big car.

Having steamroller Pirelli P Zero Corsas set so wide apart, the SV’s lateral grip is phenomenal – almost GT3 racer like in its tenacity – and the front end is utterly faithful to wherever you point it.

Breach the fairly stratospheric limits and it’s actually friendlier than the standard Aventador Roadster, telegraphing its intentions to give you the best chance of saving your skin.

The steering doesn’t have the high-alert ratio you get with all modern Ferraris, but isn’t slow either and loads up to the point of ‘seriously meaty’ in corners. Its variable ratio isn’t as intrusive as it is on the Huracan either, and comes in handy at swinging the big bull around tighter corners. 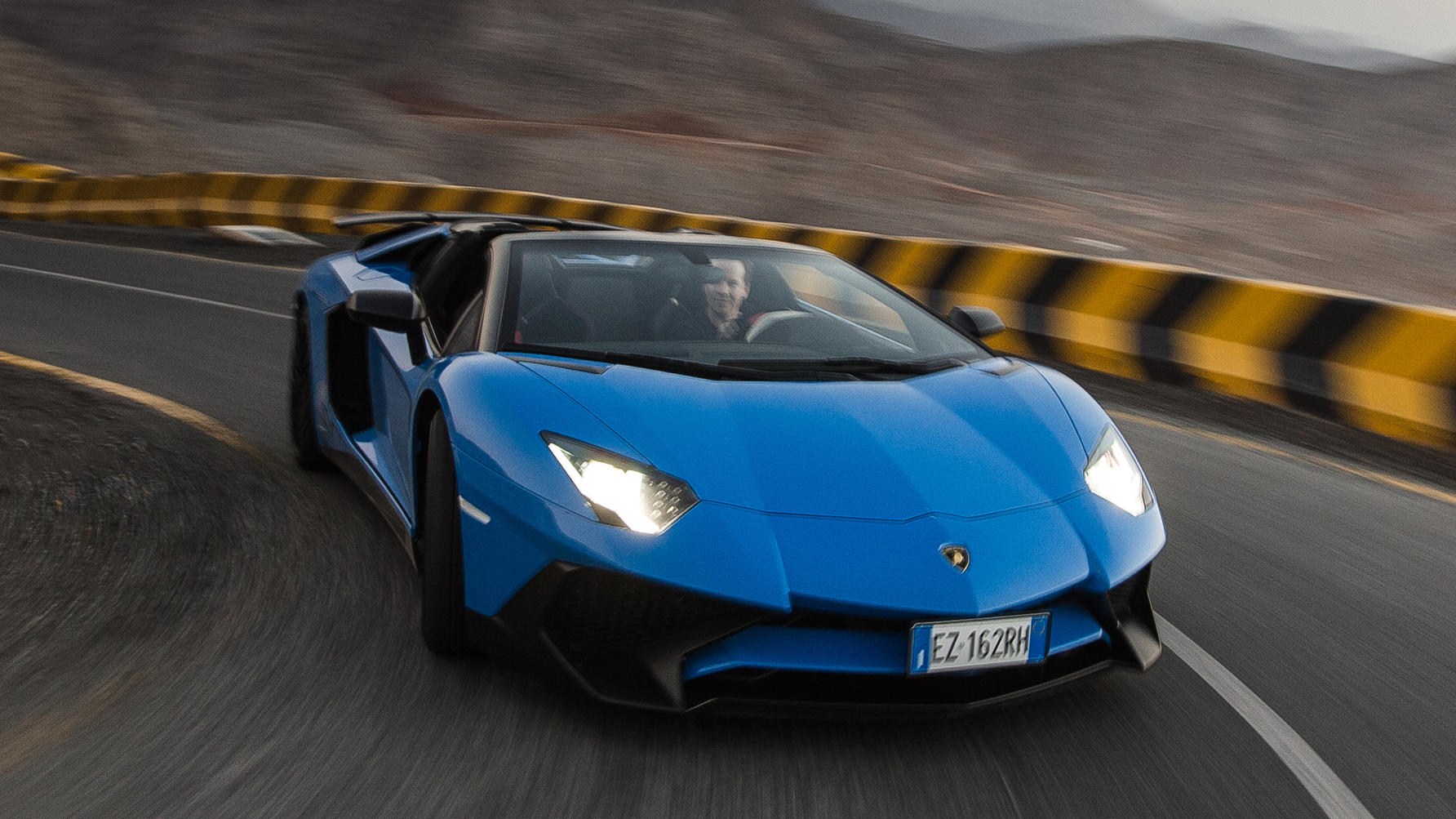 That’s enough turning. How does it go and stop in a straight line?

With a ferocity that physically hurts. A full launch control snaps your head back, like being jabbed in the chin by a heavyweight boxer, while upshifts in Corsa mode are instant but accompanied by a jolt that knocks the wind out of you. Braking hard is much the same, but in reverse.

There are three modes – Strada, Sport and Corsa - that progressively dial up the Aventador’s dampers, throttle, exhaust, steering and transmission response.

The shock isn’t that, in Corsa mode, the SV is antisocially loud and seriously firm on public roads, but that in Strada with the roof on it’s a relatively accomplished cruiser. If you can put up with the lack of radio and nav that is.

We’d buy two because, well, why not? If ever there was a distillation of the philosophy that has served Lamborghini so well over the years, this car is it. There was an inkling with the new Huracan that Lambo had gone a touch soft. Poppycock. It’s still hard as nails.

In our book the Roadster SV edges the Coupe SV because, with the roof removed, it ups the intensity of everything it does, but still handles with a precision you don’t expect.