Read why you can trust our independent reviews
Charlie Turner
Published: 18 Sep 2018
comments
Skip 14 photos in the image carousel and continue reading 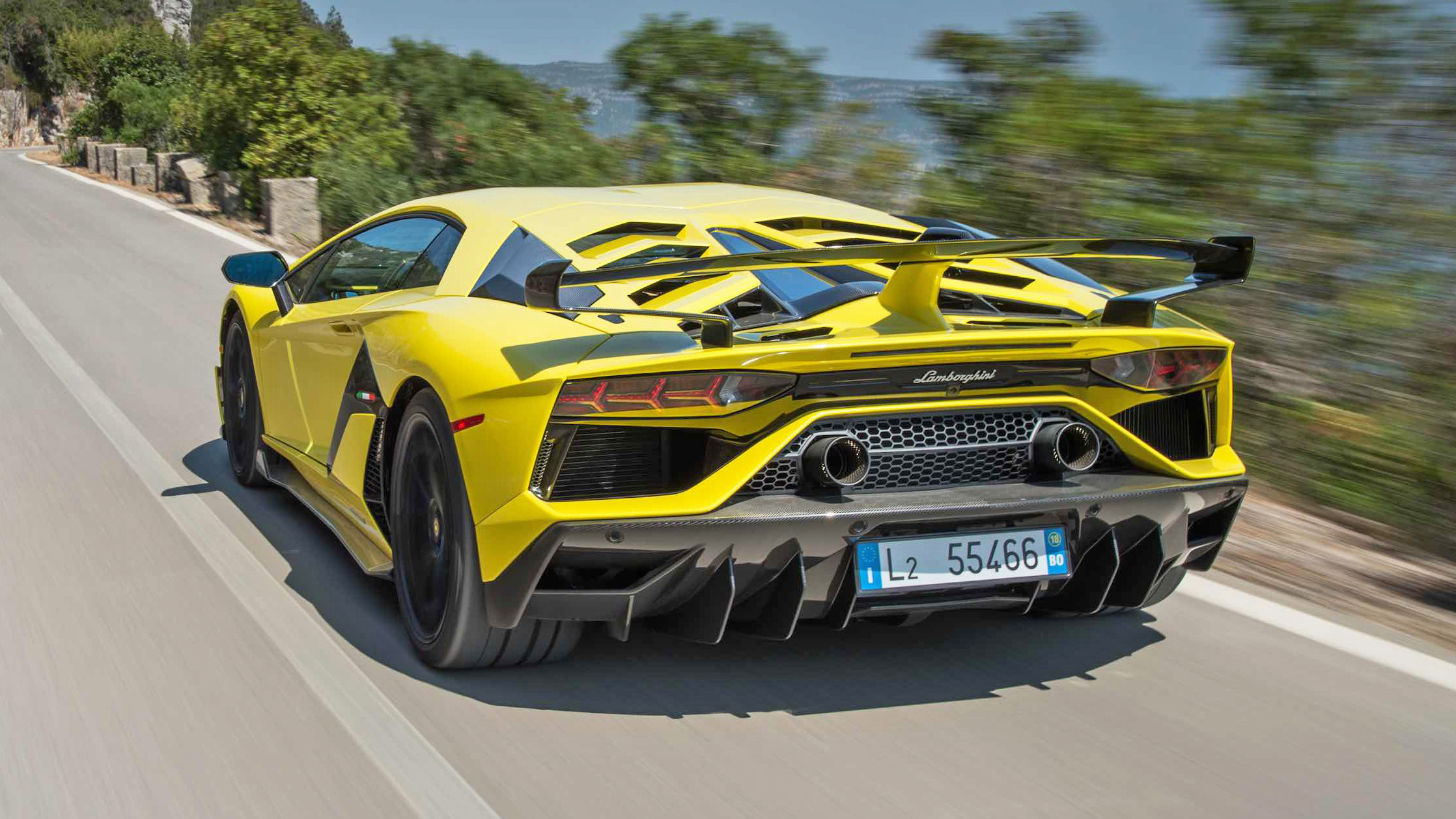 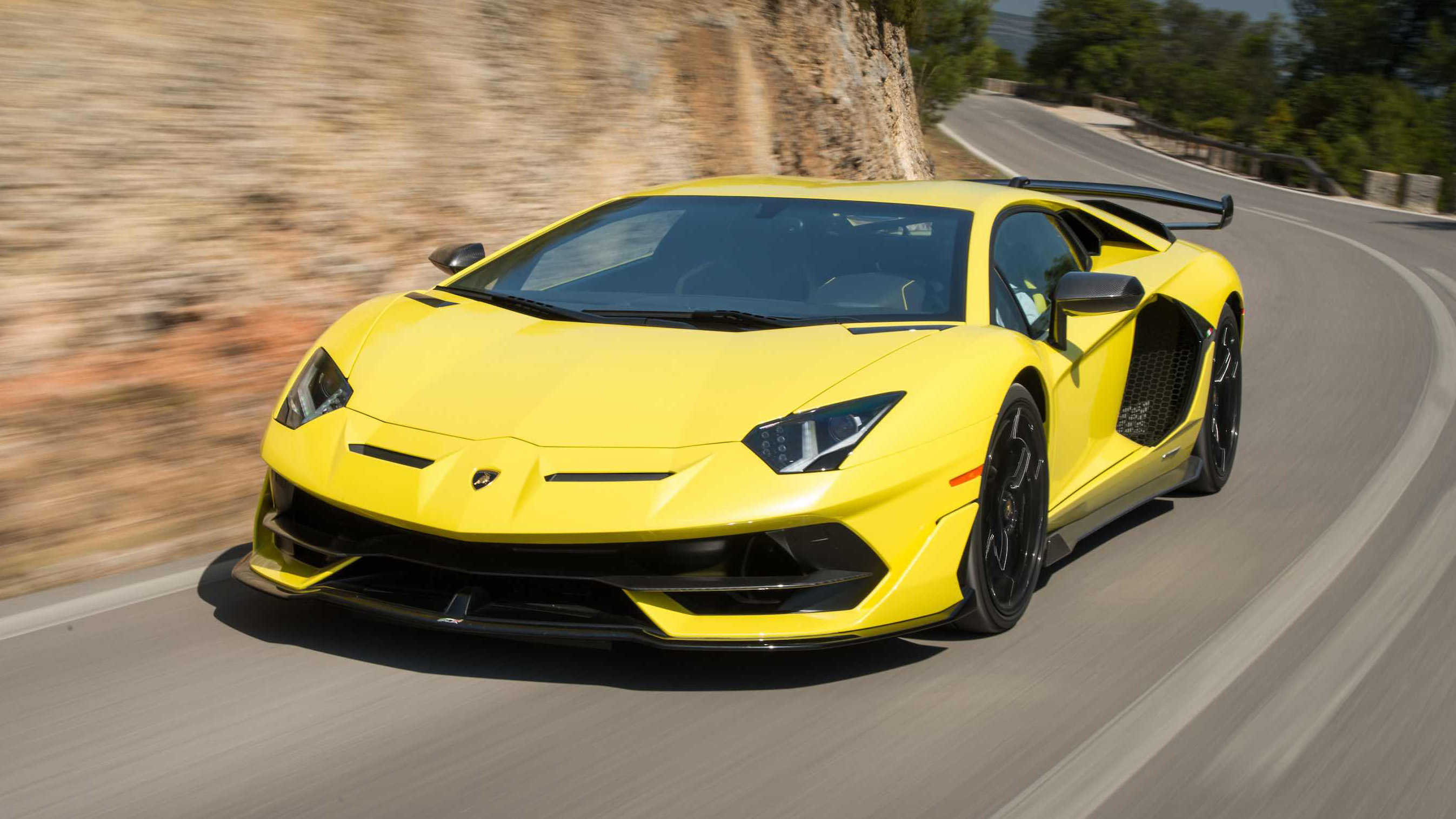 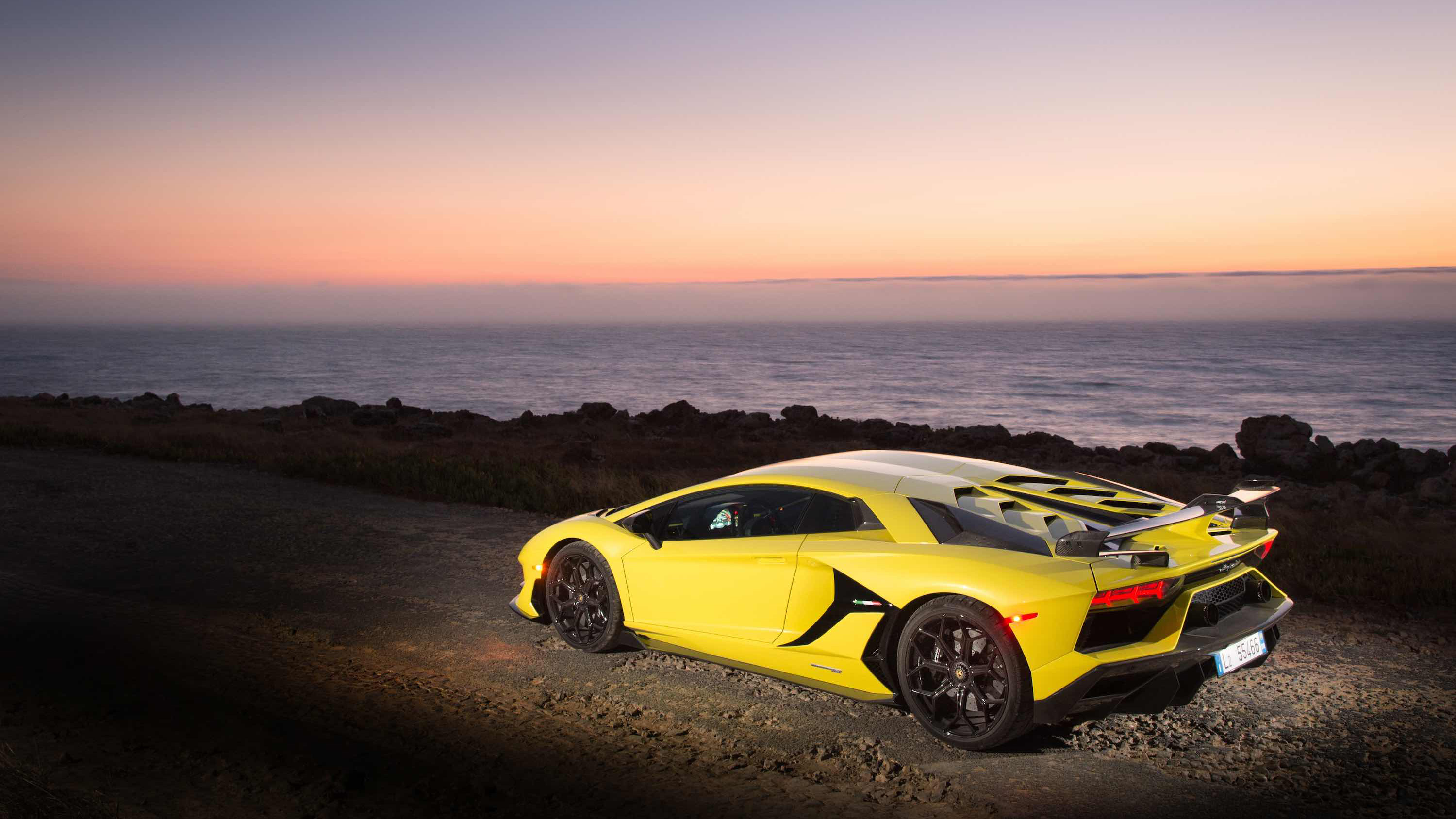 That looks really rather angry…

"The Aventador SVJ is the most extreme version of the Aventador, featuring the most powerful V12 Lamborghini has ever created".

As supercar sales pitches go, the one-liner for this last blast of naturally aspirated insanity tickles the synapses. For most of us the Aventador SV felt on the outer margins of extreme, but the SVJ goes further towards the dark side. A lot further.

Let's start with the name, Lamborghini Aventador Super Veloce Jota. SV is familiar and literally translates as VERY FAST, but the Jota element has historical significance and has only ever graced two cars previously: the Miura P400 Jota and the Diablo SE30 Jota.

Jota refers to appendix J of the FIA rule book that the team at Lamborghini pored over when trying to find a way of homologating the legendary Miura for racing. So as the name and back story suggest, the SVJ is very fast and very track-focused. Hence why I find myself at the legendary Estoril circuit in Portugal.

Let’s start with engine. The 6.5-litre naturally aspirated V12 features all new titanium intake valves and modified cylinder heads increasing the output to 759bhp (a 20bhp increase on the SV).

The flywheel has been lightened to improve throttle response and the engine now redlines at 8,700rpm. This is paired to the automated manual ISR (Independent Shifting Rods) transmission we've become familiar with in the Aventador family, but reprogrammed to shorten shift times.

Anti-roll bar stiffness has been increased by 50 per cent over the SV and the SVJ comes with bespoke Pirelli P-Zero Corsas as standard, with Trofeo Rs available as an option. We're on the Corsas today.

Despite the addition of rear-wheel steering and active aero, the SVJ delivers a 50kg weight saving over the standard Aventador (lighter exhaust, increased use of carbon fibre, lighter wheels) which means the SVJ dispatches the 0-62mph dash in 2.8 seconds (same as the SV), with 124mph coming up a mere 5.8 seconds later, its top speed set at the nominal Italian supercar staple of 217mph.

With only a 20bhp increase? There must be some aero trickery, surely?

Yup, the SVJ features ALA 2 (Aerodynamic Lamborghini Attiva 2), a development of the system first seen on the Huracan Performanté. Air is channelled under and along the sides of the car via two active flaps in the front splitter, while further back the huge rear wing harnesses the airflow through the central pylon. Like the Performanté, it uses it to stall the wing, or feed it to either side, to increase downforce on the inside wheel, actively helping rotate the car into the corner.

Overall downforce is up by 40 per cent over the SV. Further improvements include rear-wheel steering, increasing stability at high speed and virtually shortening the wheelbase for more agility in tighter corners. Parameters for all four Anima drive mode settings have been finessed as has the steering to “increase engagement and precision”.

I bet it sounds good.

You're not wrong. In a supercar market now largely dominated by the rise of the turbo and their decimation of visceral soundtracks, the naturally aspirated V12 in the SVJ is worth the price of entry alone.

Lift the red safety cover on the starter button and prod the Aventador into life, and your senses are spiked by the fast turnover of the starter motor priming the 12 cylinders before it leaps into life and settles into an angry idle.

Ah yes, Estoril, a circuit I last drove in the McLaren Senna which, at £750k, costs twice as much as the SVJ. Since I was here last, the circuit has been completely resurfaced, much to the consternation of the team from Lamborghini. The box-fresh new tarmac, free from any rubber and lightly covered in construction dust, has severely reduced grip levels.

With one final warning about the lack of grip, we head off down the pit lane, Lambo Chief test driver Mario Fasanetto leading the way. After a sighting lap I exit the infamous Parabolica in third gear and belt the V12 to the 8,700rpm red line and… what a noise! Up to fourth gear, fifth gear, past the gantry and hit the brakes at 175mph at the 200m board. The SVJ squirms under the force, then down the gears and into turn one in second, third on exit and do it all again.

First lap impressions are that it's brutally fast, (the Senna reached the same speed on the straight, but had better exit speed from Parabolica – the effects of older more ‘rubbered in’ tarmac and extra downforce) the engine is a force of nature and the upshifts in Corsa have the same violent punch as in the SV, but can occasionally be too intrusive, upsetting the balance of the car.

Downshifts are smoother and accompanied by an artillery barrage of pops and crackles. For my money the brake pedal feels a little soft when braking from big speeds – the huge carbon ceramics are effective and offer plenty of modulation, but I'd like a firmer pedal for confidence. 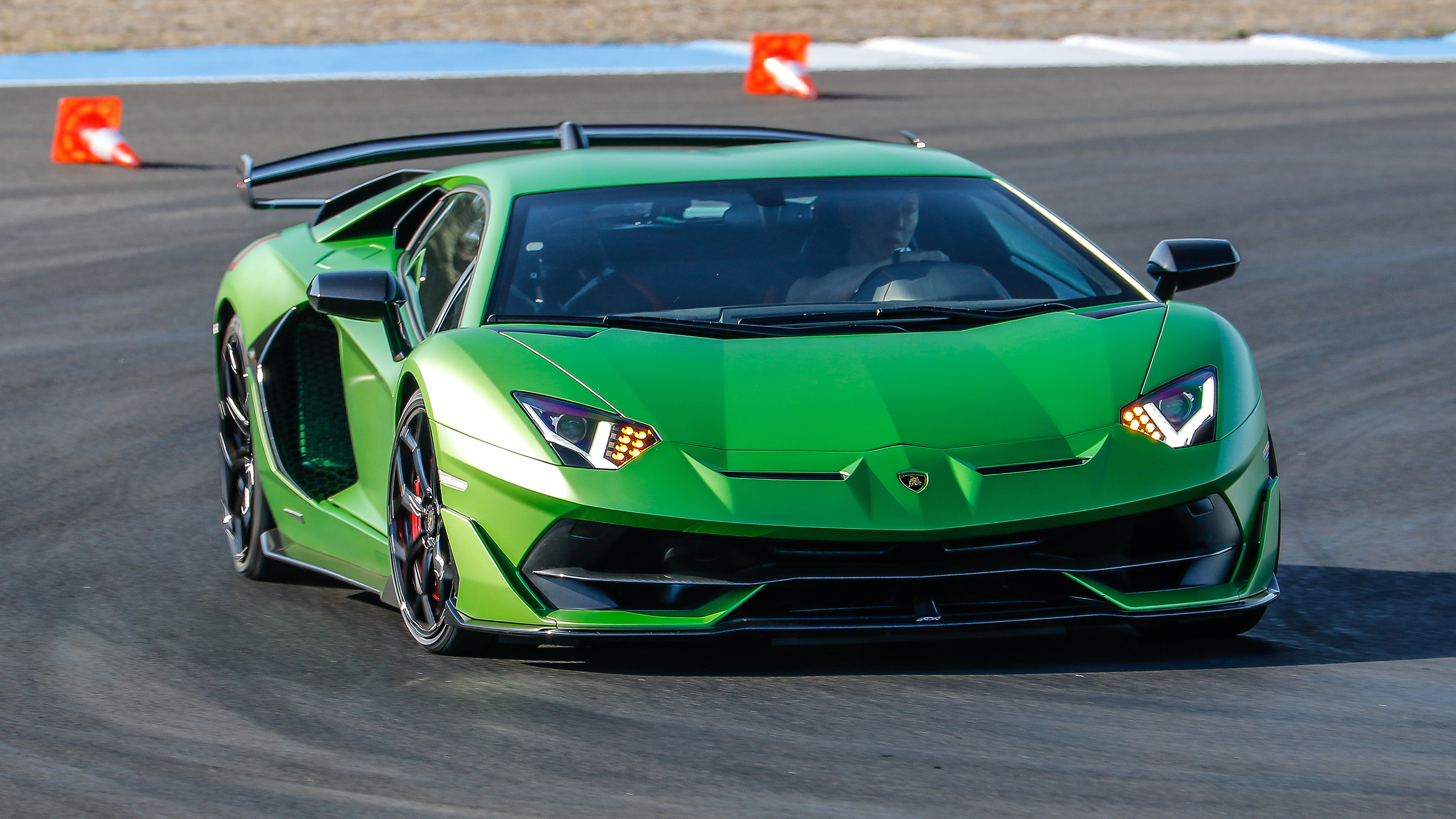 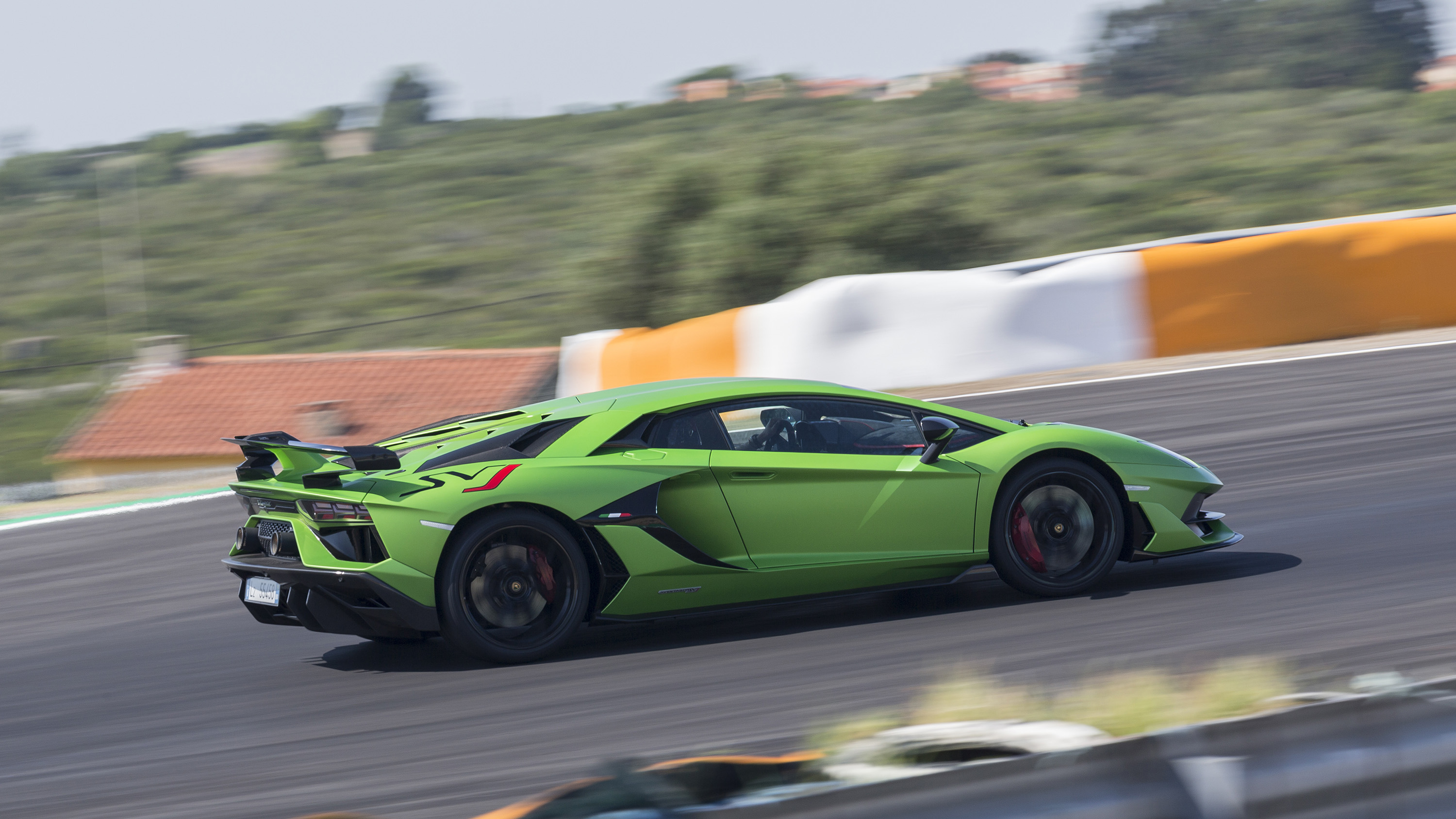 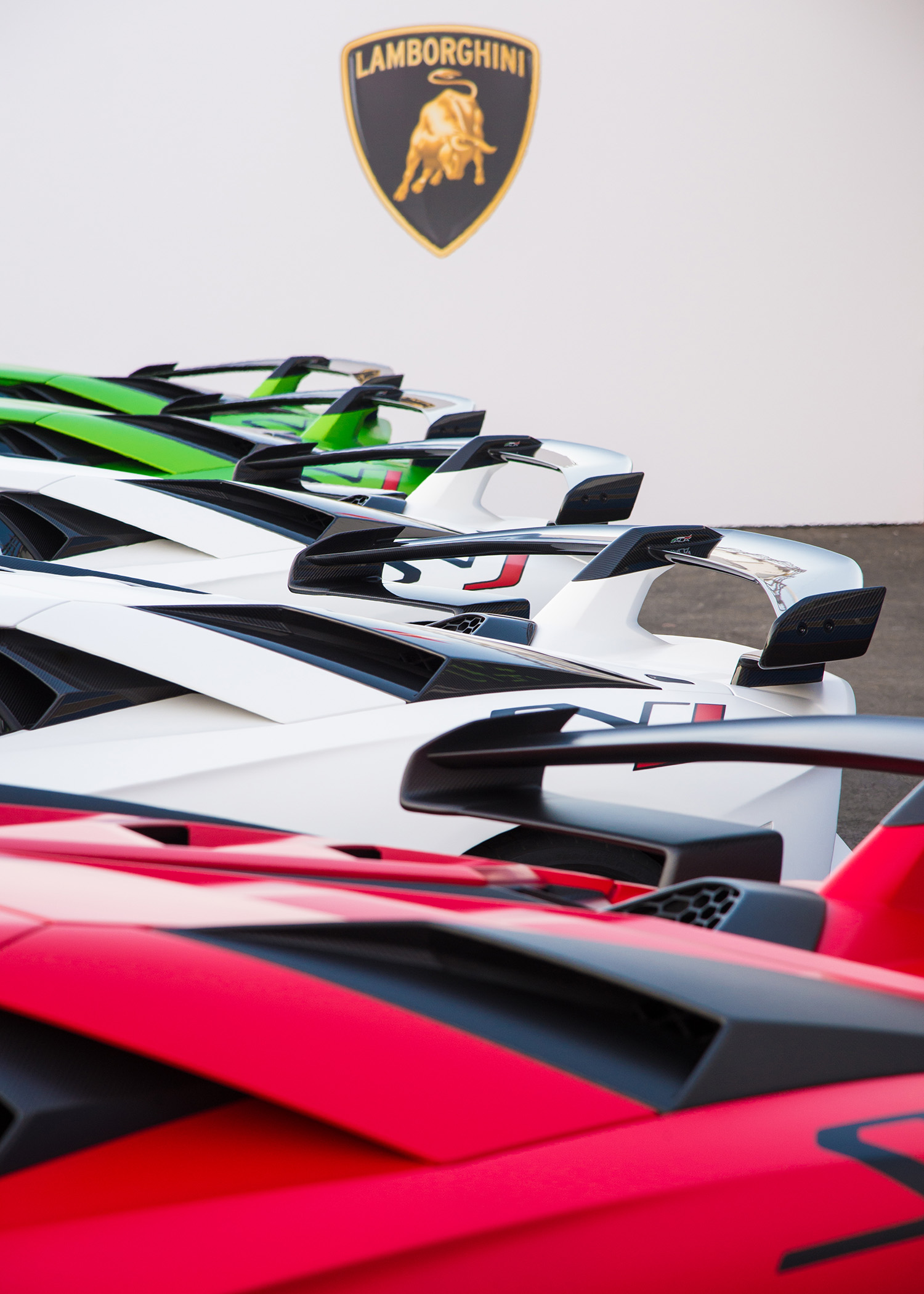 Can you really feel the ALA system working?

As the laps accumulate you begin to trust and take liberties the SVJ in a way you wouldn't dare in the standard Aventador. After a couple of laps you begin to brake later and flick the SVJ more assertively at the corners, leaning on the myriad technologies focused on delivering speed and drama.

The deeper you dig into its capabilities, the more you begin to trust it and the more rewarding the experience becomes. Turn-in to slower corners is aided by the rear-wheel steer and mid-corner throttle sees the AWD pull the nose out and through the exit. In the higher speed turns the SVJ remains fully planted. Even if you over-commit, the SVJ is predictable and exploitable in a way no Aventador has managed previously and leaves us wanting more laps and more time.

I bet it's more comfortable than the Senna?

Yup, where the Senna is pared back to the extreme (and see-through in places) the interior of the SVJ is mildly less masochistic and awash with carbon fibre and Alcantara.

The one piece carbon-fibre race seats are surprisingly comfortable and the revised graphic TFT screen now shows the ALA data and Anima settings, helping to give a now eight-year-old supercar a fresh feel. The intimidatingly narrow windscreen and chunky A-pillars are familiar, but now the rear view mirror and wing mirrors are filled with that huge rear wing.

If you want one you're going to need to be quick... SVJs will be limited to 900 units with prices starting at £356,000, plus a further 63 limited editions at £440,000 featuring visible carbon fibre and painted livery to honour the company's founding in 1963. These will be followed by a roadster with deliveries starting early 2019, taking the total Aventador production numbers to 10,000 in the nine years of its life.

So you liked it then?

Absolutely. While our first delve into the dark side of the SVJ was limited by track conditions, it proves that the team in St Agata still know how to deliver drama better than anyone.

There might be faster ways to lap a circuit (although the Nürburgring time proves the SVJ's capabilities in the right hands) but a supercar should be about more than pure data. The SVJ grabs your attention from the outset, spikes every sense and backs up its aggressive looks with technology and capabilities that make you grin.

It doesn't take itself too seriously, either, and offers up its potential easily. It's about the thrill of the journey as much as the science of speed, and for that it should be celebrated as a fitting end to the Aventador story.