£2,500,000
Read why you can trust our independent reviews
Top Gear Team
Published: 03 Mar 2021
Skip 20 photos in the image carousel and continue reading 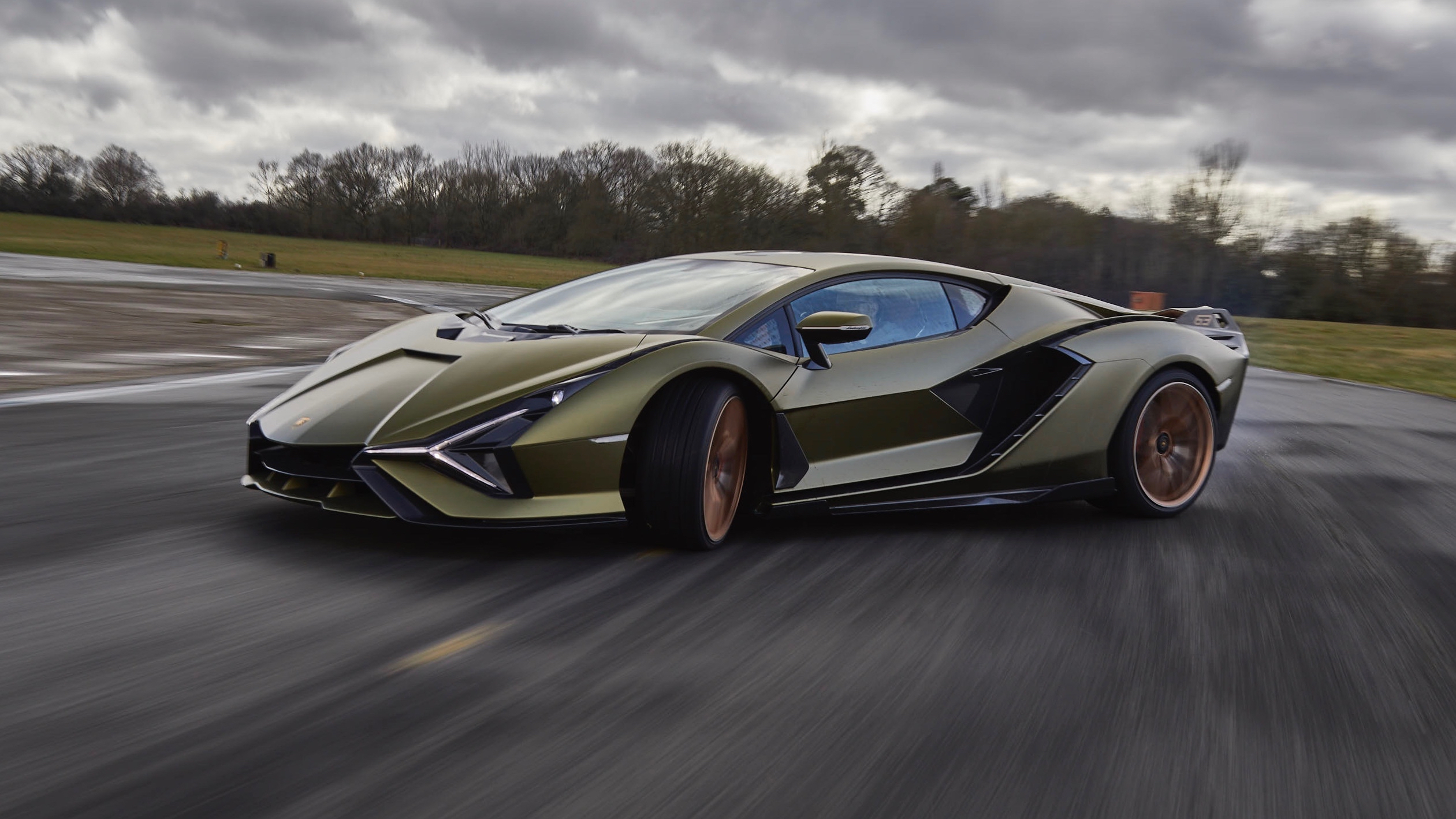 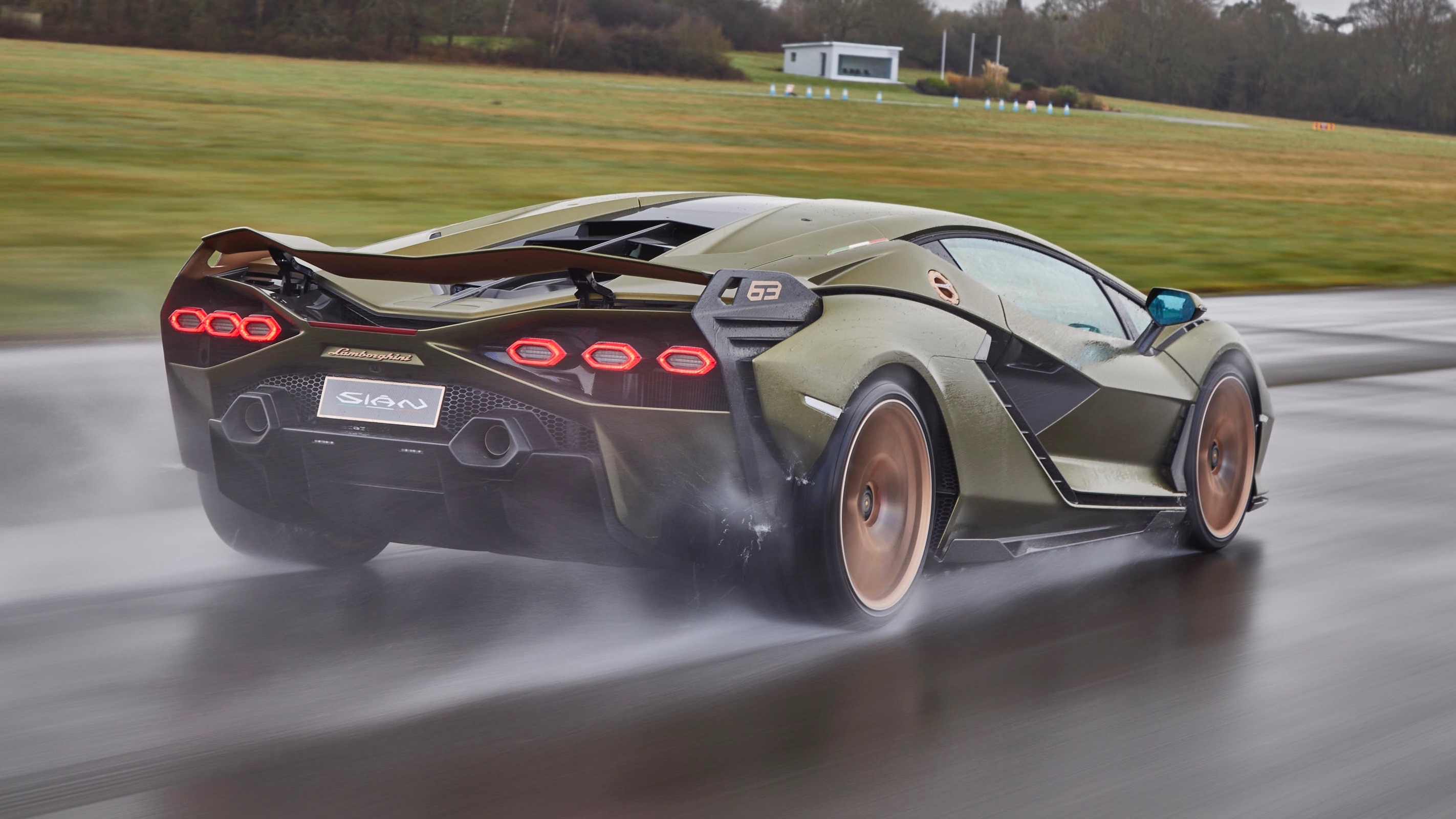 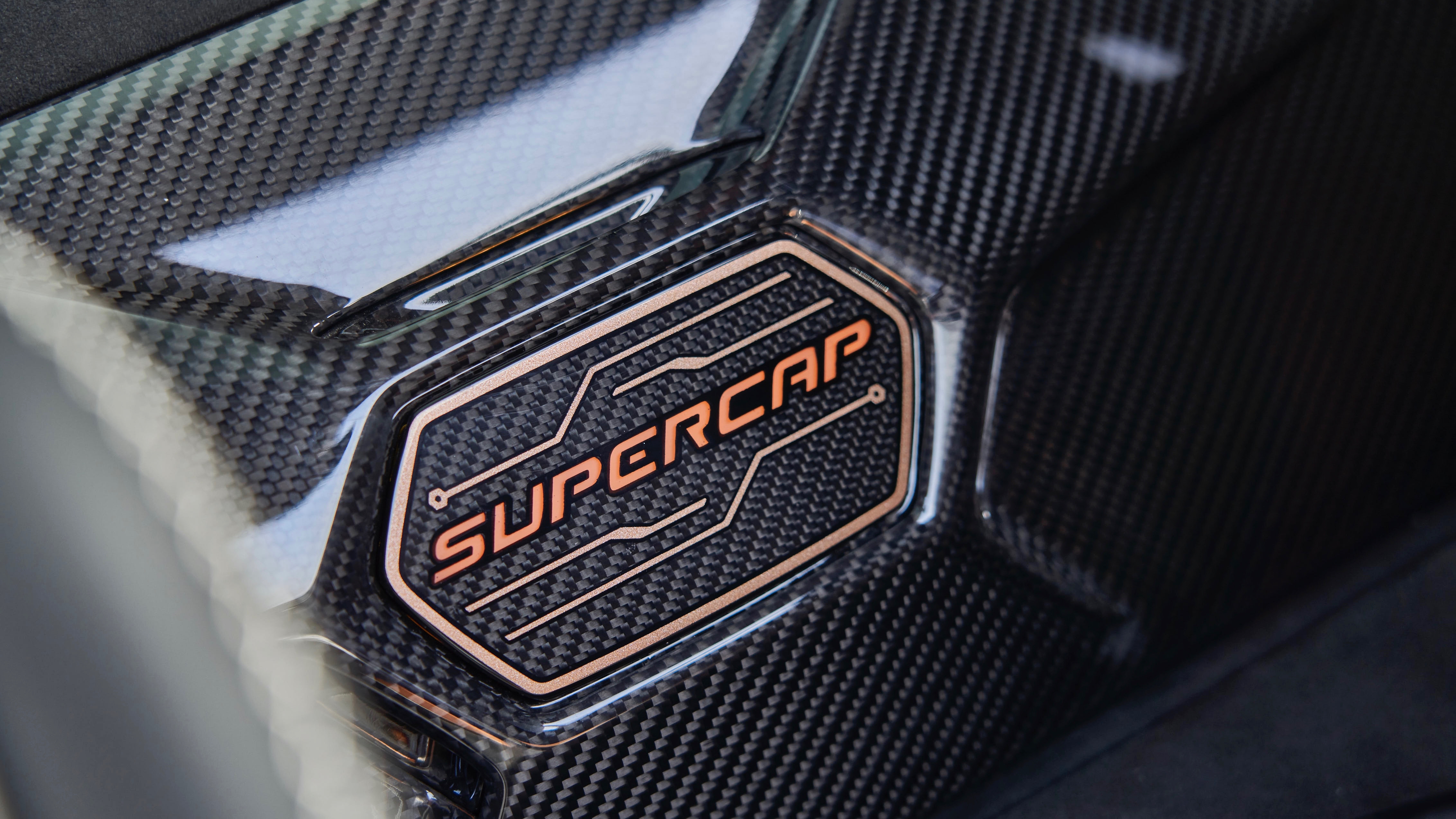 1 / 20
Advertisement
“Lambo at its wildest. Supercapacitor technology plays second fiddle to mighty V12, handling more fluent than you might expect ”

Much in common with the Aventador, negligible electric assistance, is there such a thing as too much noise?

This is, by some distance, the most complicated car Lamborghini has ever produced. Yes, it’s shown us the Terzo Millennio with its batteries-for-body-panels and the V10 plug-in hybrid Asterion in the past, but both of those were pure concepts. The Sián is the first production Lamborghini to feature electrification. Which means you can actually buy one. Well, you could… they’re sold out, despite costing a spectacular £2.5m each.

But you’re unlikely to see two of them in your local multi-storey car park, because Lamborghini is only building 63 coupes and 19 roadsters. Numbers that pay tribute to the year Feruccio Lamborghini founded the company: 1963. In fact, there’s brown-nosing galore because the full name is Sián FKP 37: Sián (pronounced Sea-Ann, apparently) means flash or lightning in Bolognese dialect, the FKP bit is a nod to late VW Group chairman Ferdinand Piech and the 37 refers to 1937 – the year he was born.

It possesses a tuned version of the Aventador SVJ’s 6.5-litre, naturally-aspirated V12, producing 774bhp on its own – that’s already 15bhp more than the SVJ. To that is added another 34bhp of electrical oomph for a total of 808bhp, which is a lot. Enough for 0-62mph in less than 2.8 seconds and a top speed of around 220mph, claims Lambo.

This isn’t any old hybrid system either, it uses lithium-ion supercapacitors instead of a normal battery pack. Supercapacitors are interesting for several reasons: although they can’t hold as much energy as a regular lithium-ion battery of the same size and weight, they have three times the power density (the speed at which the energy is delivered) and can charge much more rapidly too. In other words the supercapacitors are fully topped-up every time you brake and therefore poised to torque fill during gearchanges, or add boost when you get back on the throttle. The upshot of all this is the supercapacitors don’t need to be big. The whole hybrid system weighs just 34kg - 1kg per horsepower added.

There’s a Countach connection on the exterior - the triple taillights, the Periscopio-style roof scallop, the dent in the bonnet, the intakes on the door – all a nod to the original poster car, and it’s a brutal thing to try and get your eyes around. Those headlights in particular – lifted from the Terzo Millennio concept, but also a nod to the next-gen face of Lamborghini – add an extra-terrestrial quality to the front end.

Around the back, a pop-up spoiler that rises to sit flush with the carbon fins either side, is the obvious party piece, but we prefer the four square cut-outs just below the slatted engine cover. Vents that open when the exhaust temp hits a certain threshold, but do so without any electrics – just a set of a springs and a magic material (that Lamborghini won’t talk about) that deforms under extreme heat to open the vents and expel heat. Clever stuff. File that and the electrochromic roof panel – switchable between clear and opaque via a button on the dash – under cool-stuff-to-show-off-to-your-mates.

A hybrid then, but a mere toe in the water for Lamborghini, a precursor of what’s to come with the Aventador and Huracán replacements – rumoured to keep their naturally-aspirated V12 and V10 alive with supplementary electricity, possibly a more conventional plug-in hybrid setup. But that’s to come, this is now. 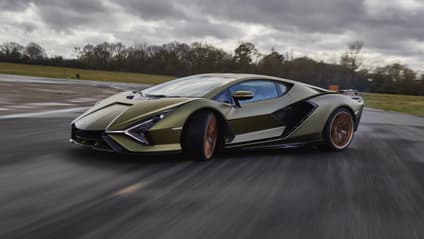 “Lambo at its wildest. Supercapacitor technology plays second fiddle to mighty V12, handling more fluent than you might expect”

Should we see the Sián as Lambo’s last gasp? Doubt it. If anyone can find a way of circumventing the regs and keeping petrol alive, it’ll be Lamborghini. Its whole schtick is noise, drama, angles, fire and fury, and the Sián hasn’t rowed back on any of that. Brakes glow, heat rises, blue tongues flick snake-like from exhausts, the atmosphere ripples and even on the cusp of the electrified era this thing’s ability to consume fuel is almost unparalleled.

As a tribute act, then? A showcase for the V12? There’s something in that and as these cars get rarer and our exposure to them scarcer, so we attribute more value to them. As yet, beyond a force in your back, no-one has managed to make an electric hypercar really bloody entertaining. I don’t blame Lambo for doubling down on what it does best because it stands the Sián apart. It’s a familiar tune, played ridiculously well. One last riff on the V12 guitar.