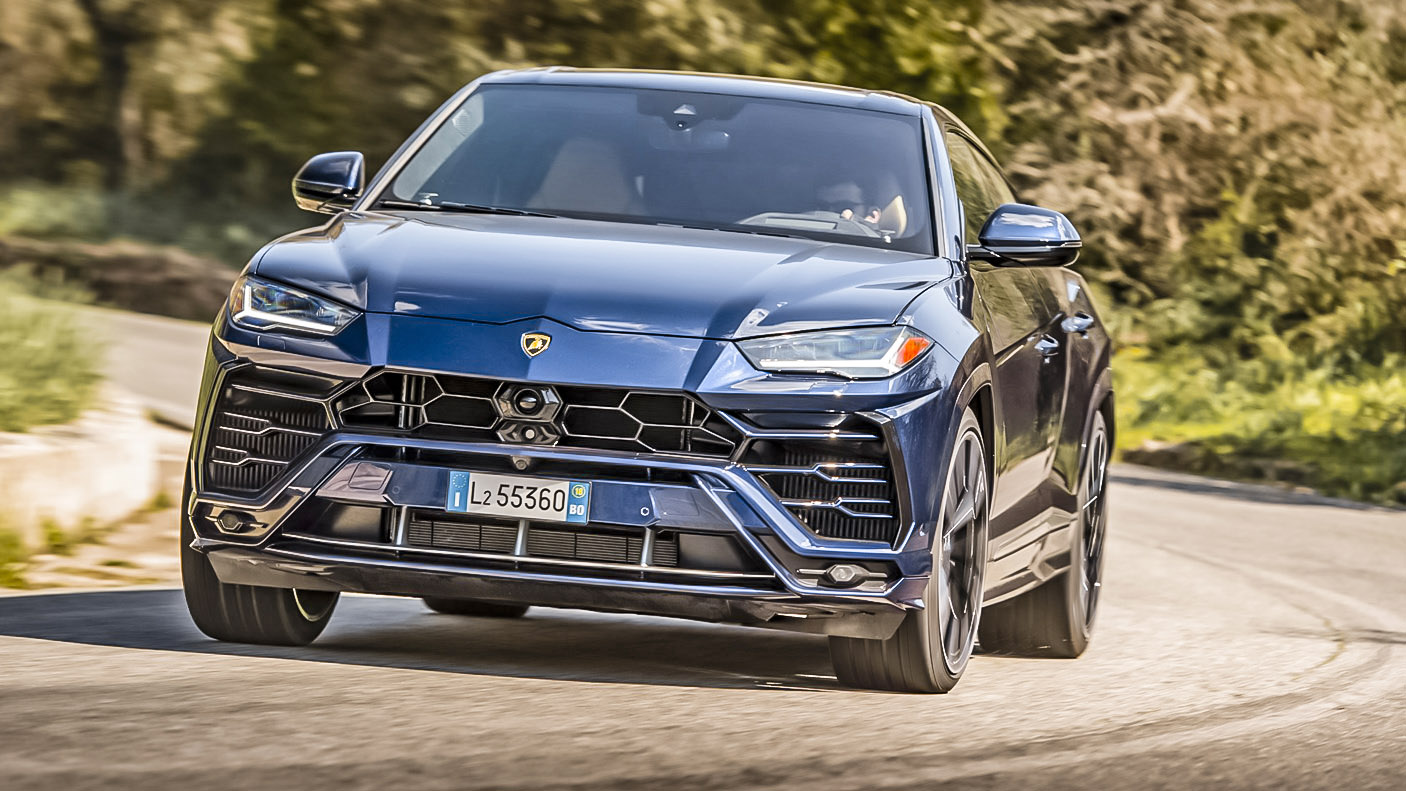 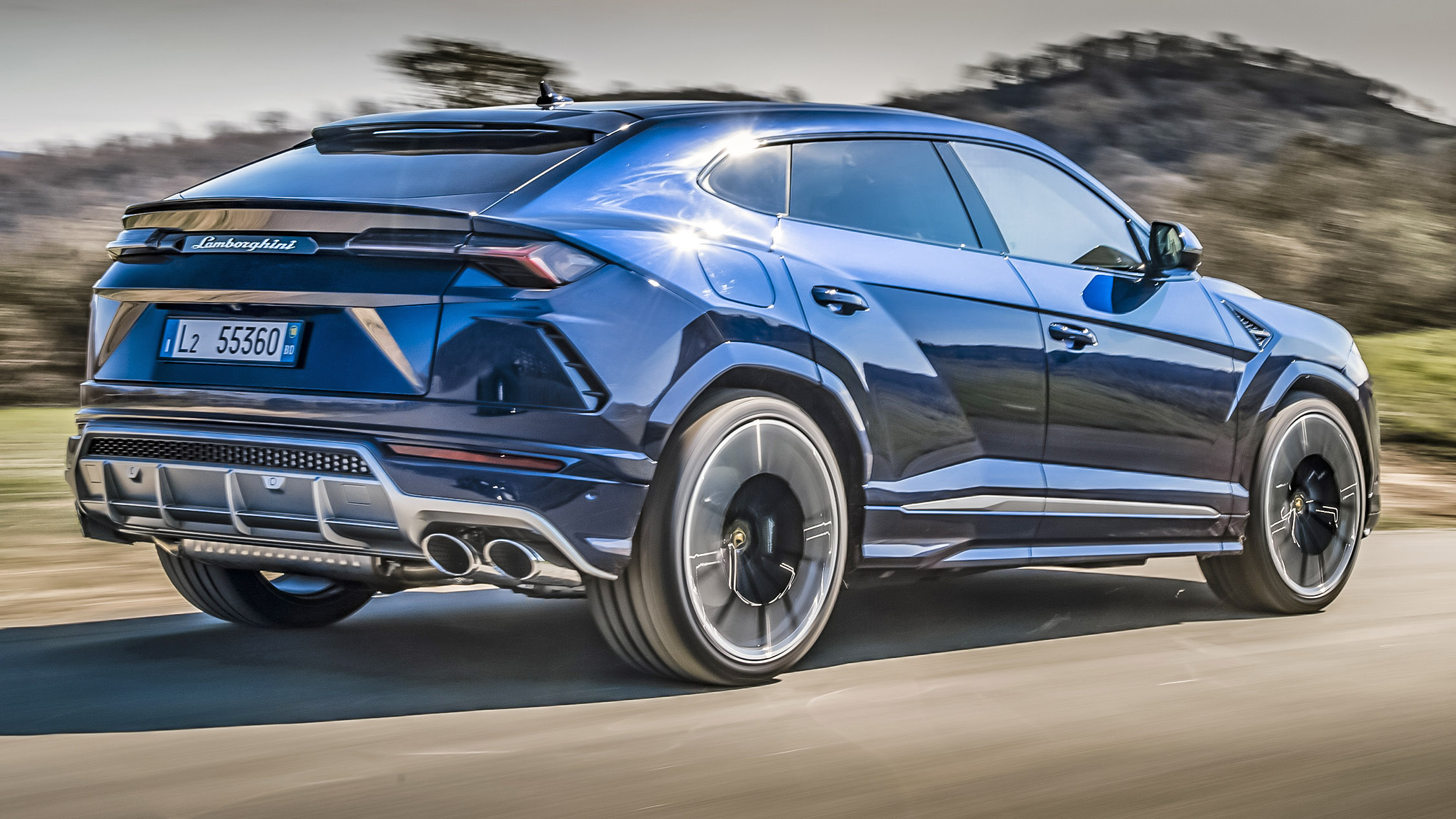 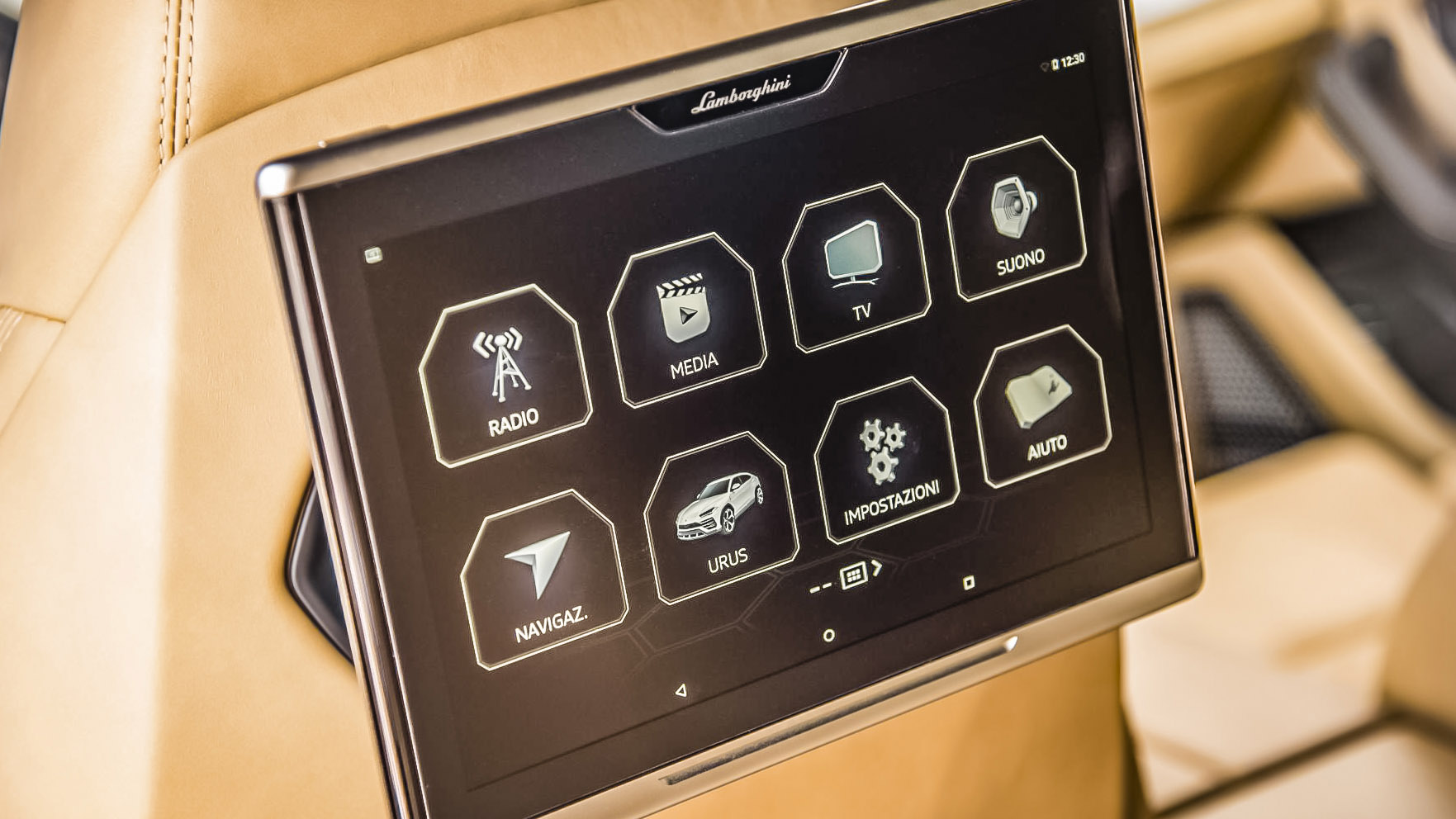 Ah, it's landed on British roads. The SUV of Lamborghinis. How is it doing since immigration?

First, it feels astoundingly fast in our speed-limited public highways, never mind the track where we first drove it. That's the effect of 650bhp, even with 2.2 tonnes to haul along. Remember the headline number: 0-62mph in 3.6 seconds, and you never get the sense that this is just hollow bragging.

Actually, among the big-SUV field, 2.2 tonnes isn't crazy heavy. Lambo's engineers have worked hard to cut the body weight while still including a mighty roster of chassis technologies and a luxury cabin.

The other thing that strikes you on these isles is that it's really wide. Metaphorically wide? Make up your own mind. I mean literally so: it bulges beyond 2m, plus mirrors. Every narrow lane is an issue, a width restrictor a potential catastrophe.

Big then. And clever?

Very. As well as a twin-turbo V8 that makes more than 160bhp for each of its four litres, it's got all manner of chassis technology to keep the power in order. For a start it runs on adaptive air suspension, with active roll stabilisation and four-wheel steering – all available on an Audi SQ7 mind you, but tuned for Lambo's purposes. An active rear diff directs the torque in bends.

The carbon ceramic brake discs are the biggest of any car, and the front set have scarcely believable 10-piston calipers. It's what you need when there's a whole lotta SUV to be hauled down from 191mph.

Not much. Sure there's always a blunt edge to the response, but that goes with the nature of the SUV beast, as we'll see. What matters here is the sense of abundance that all this low-rev torque brings. It makes 627lb ft from 2,250rpm. The irresistible force that carries all before it. Or hauls all behind it.

Does it sing Lamborghini's high-rev opera?

Not really. The red-line is at just 6,500rpm and the limiter 6,800. It sounds pretty angry by then, and audible from the next county. But not in the multi-cylinder way the Italians are known for. A tickle of the throttle will keep up with normal traffic, and driven like that it's all but silent. Extend a bit more and its note is the soft, woofly generic of a V8 with 90-degree crank and turbos.

Touch the switch for the sportier modes, and the silencers open their loud valves even at low revs. No more power, just more noise. In those modes the over-run spits out a load of pops and bangs, but they're clearly false, which makes you feel juvenile.

It's like the trigger-style red flap over the starter button. An affectation for childish military fantasists. (Though the flap does have a small hole, so you can poke your little finger through and start the engine anyway).

How are the tyres under that immense exertion?

Unfazed, mostly. But then, the rear pair are 315-section 22-inchers, with 23 available. On the road, unless you hit a mid-corner crest or damp patch, traction is inexhaustible.

But that's OK. It's a road car and it's the size of an HGV, so you want it to stay in line. Sometimes, just sometimes, you do get a sense of the different quarters of the car doing some extra work, but generally you're locked down. Lateral as well as longitudinal acceleration are scarcely believable.

So you can get along at almost shocking rates. Even if the road's bumpy, the Urus just copes.

All the chassis gizmos have been dextrously programmed to work naturally together, each supplementing the other, none of them intruding to make its individual presence felt. It's really rather spooky.

If 'fun' files in your lexicon under 'speed', then you'll have a ball. But I want something else. More connection and feedback. The Urus's steering is numb, its brake pedal a little soggy (if, for the avoidance of doubt, unendingly effective) and its throttle slightly inexact too because of the turbos. This is the fastest SUV but not the one that tingles with the most intimate engagement. Alfa makes that.

What about when it's not pretending to be a tarmac rally car?

It's brilliant. The ride is remarkably composed, the engine and transmission syrupy-smooth. Motorway cruising, even with the driver aids switched off, is so laid-back it's all but horizontal.

Down in the urban grind, the width is the only obstacle. Otherwise, parking cameras cover all the angles, and the 4WS tightens the turning.

Looks posh in there...

If you can't get comfy in the seats, just devote a couple of days to fiddling with the dozen (optionally 18) directions of adjustment. Then you'll be enthroned in decadent luxury and comfort.

It's also a really stylish cabin, in that extrovert Italian way. That said, the related Bentley's trim is more solid-feeling and materially rich.

Out back there are two options. One is a pair of electric recliners, which rules out folding to increase the boot, otherwise you can spec a normal bench. Rear climate control is standard, and twin-screen entertainment an option.

Lots of screens by the look of it?

Yup, it's the full top-end Audi experience, skinned in Lambo graphics. The driver gets a screen with endless display formats. The high-res touchscreens have a nice affirmative haptic finger-click. The infotainment is fully connected, and the tester came with a B&O stereo capable of drowning even the full-noise engine.

Underlying all that, the driver aids are also Audi-spec. The HUD is comprehensive, the motorway the systems support steering and speed, and you've even the option of night vision.

Unheard-of in a Lambo?

Quite. As a fast high-tech SUV, this one is unmatched. The Urus's imperious do-it-all nature and luxury character aren't so much additional to the Lambo brand as the polar opposite of it.

So is it the Lamborghini of SUVs?

Nope, it proves the absurd impossibility of that idea.