£99,020 when new
Read why you can trust our independent reviews 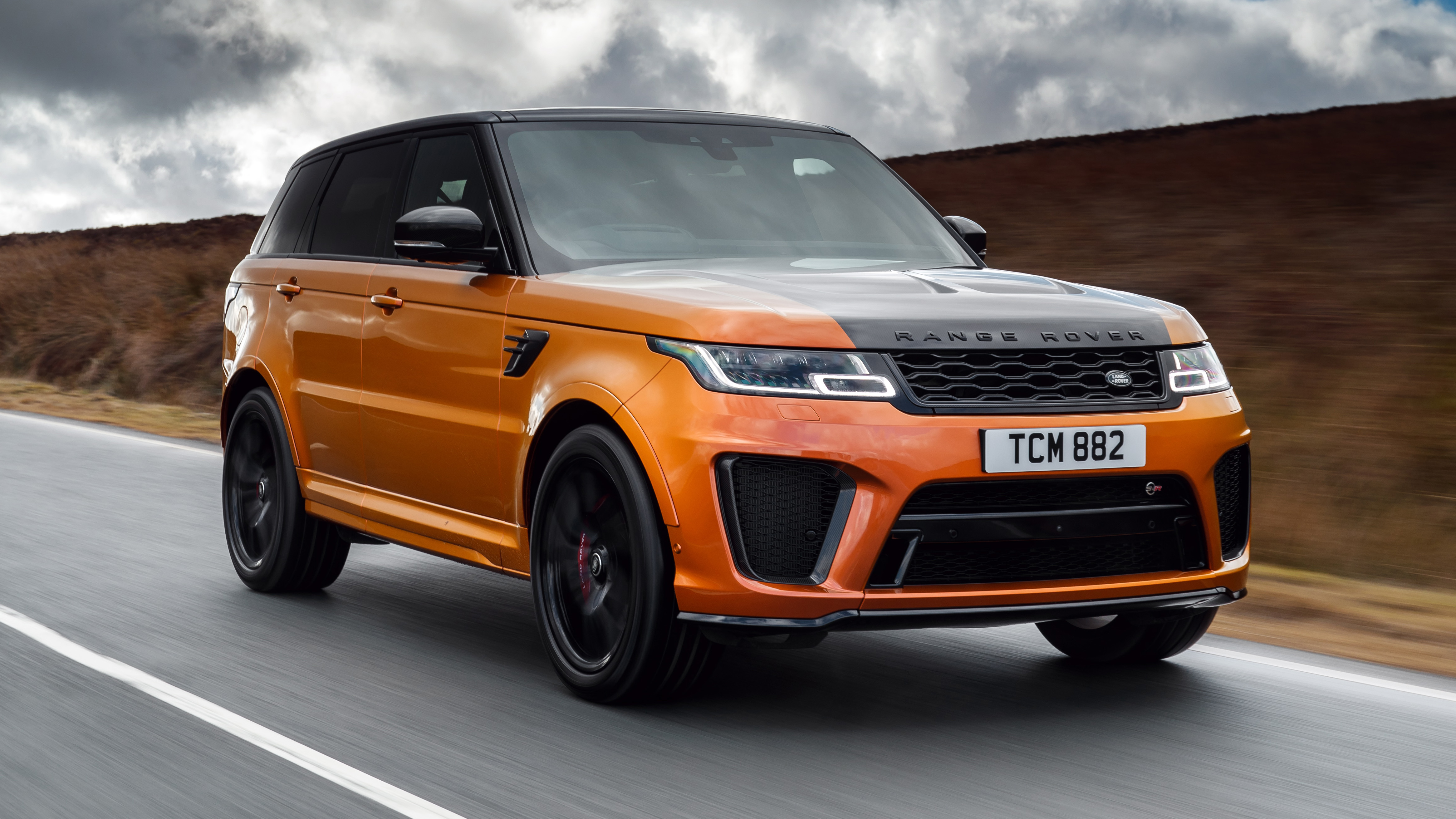 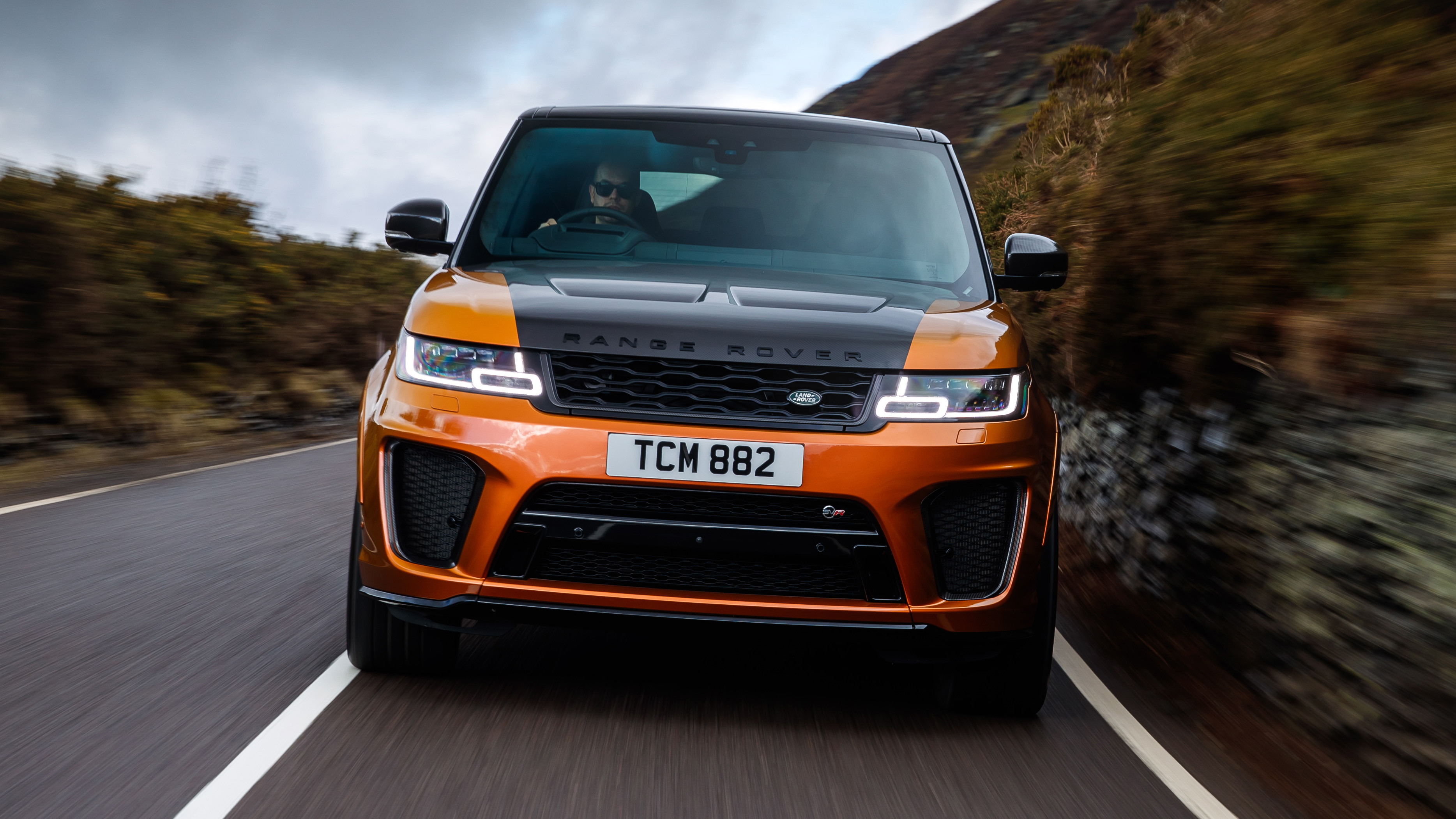 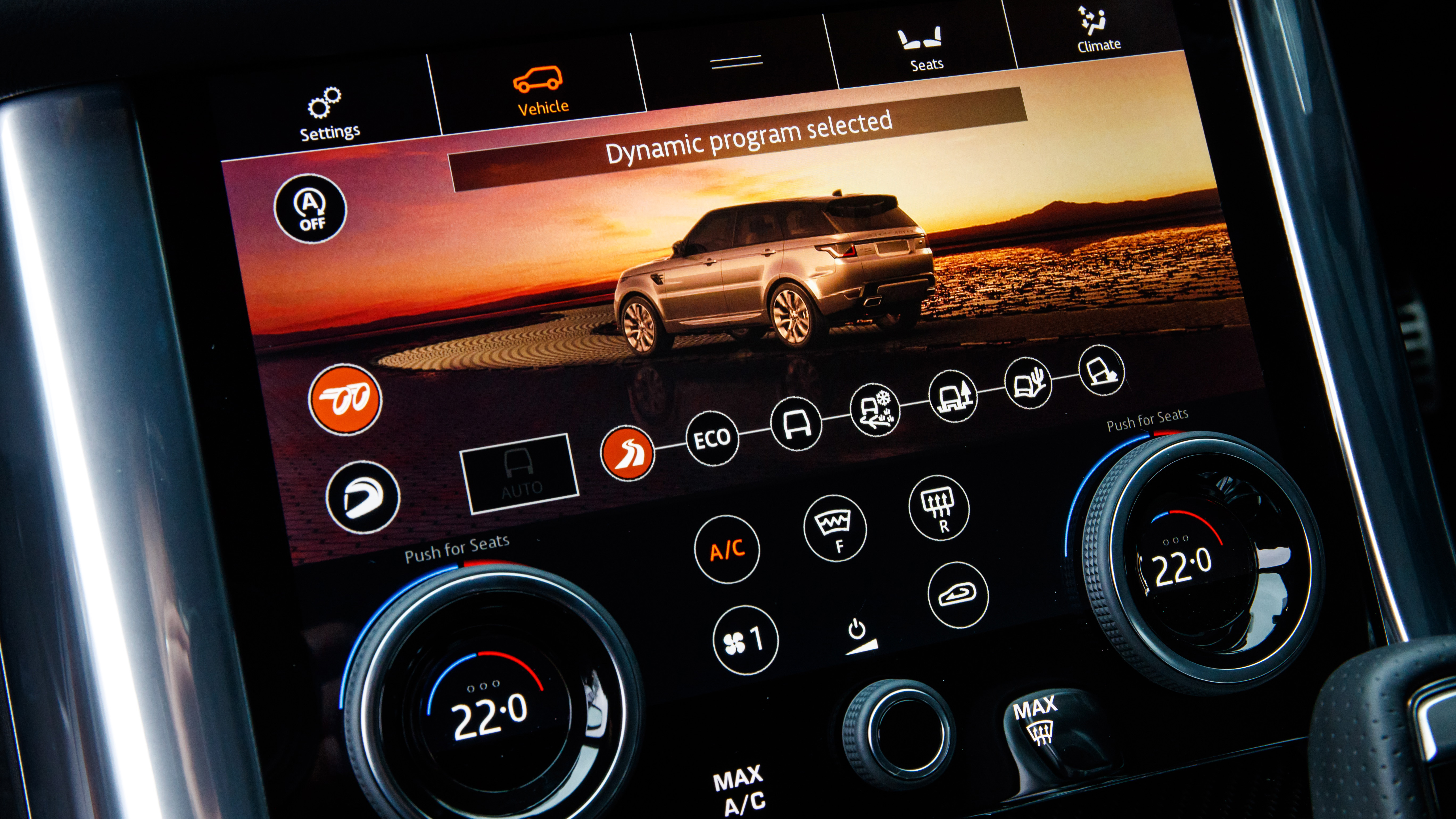 MY EYES! MY EYES!

Yes, this was roughly our reaction when we first laid eyes on the new, ‘improved’ Range Rover Sport SVR. Especially in this orangey golden hue that bares an uncanny resemblance to the entirely artificial skin tone of those who’ll find it appealing, and have the requisite means to buy one for £99,680. Before options.

You’ll be pleased to hear the lacquered carbon fibre bonnet is indeed optional, and far subtler shades of paint are available. But there’s nothing you can do about the obnoxiously loud exhaust – which feels louder, even, than the one Jaguar fits to the F-Type SVR – that crackles and pops whenever you lift off the throttle, the pumped-out arches or colossal alloy wheels (21s standard, 22s optional).

Finished even in an anonymous shade of grey, equipped with the smallest wheels available and driven without the slightest hint of aggression, the SVR is not a subtle thing. No reasonable person would ever buy this car. People notice it. They don’t let you out of junctions. They hate it. And they hate you for being in it. Which is unfortunate, really.

Because the Range Rover Sport SVR is many, many things. ‘Awful’ is one of them, yes, but so is ‘excellent’, ‘daft’ and ‘bloody good fun’.

Now, we’ve already had a go in the new SVR. It was, by some margin, the biggest, loudest and bluest thing we trucked out to Sweden for this year’s TG On Ice spectacular (check out the video, why don’t you). But it’s tricky to get a proper feel for a car when the only surface you’ve got to drive it on is slipperier than an eel slathered in Vaseline (other slippery things are available). So much of it is down to the tyres, and the SVR was supplied on an ordinary set of winters that may have let it pull big, snowy drifts, but weren’t as good as they could’ve been at doling out actual grip on sheet ice.

But today is a very good day – as indeed is any day that involves a V8 – because we’ve finally had a go in Britain. On actual roads, with actual people gawping and mouthing “he doesn’t look fit enough to be a footballer” in our general direction.

Well you’ll have noticed it looks a bit different. New headlights and bumpers do a good job of making it look more modern than the outgoing car, and are in line with upgrades given to the standard Range Rover Sport for its 2018MY facelift.

Inside you get the ‘Touch Pro Duo’ infotainment system from the Velar, which replaces the climate controls with a second touchscreen (so now you’ve got two 10-inchers, stacked on top of the other) with two context dependant rotary knobs. Usually they do temperature, but push and they do seat heating/cooling, or navigate to a different screen and they might take on another role altogether.

The upper screen does navigation, media, telephony and so on. There’s a bit of crossover, but climate and drive controls (e.g. switching between Terrain Response modes) is reserved for the lower screen. It’s certainly flash – your passengers/children will love it – but this is not as polished or as complete a system as the dual-screener Audi fits to the A7 and A8.

The SVR adds ‘lightweight’ seats that retain heating/cooling functions but save 30kg, a special steering wheel and more SVR badges than is either cool or necessary. Of more interest to us is the extra power. The 2018 SVR uses the same supercharged 5.0-litre V8 as the outgoing car, but Land Rover has liberated an additional 25bhp for a total of 567bhp, 516lb ft and 0-62mph in 4.5 seconds.

Its top speed is 174mph, and having topped 150 on the not-massively-long straight at JLR’s Fen End test track, we certainly wouldn’t bet against it. An eight-speed torque converter automatic – with low range, because Land Rover – runs through all-wheel drive. Land Rover’s suite of deeply effective off-road tech’ – called Terrain Response – is here too.

Stately, insofar as even though this is the most hardcore Range Rover money can buy (at least straight from the factory), with the firmest suspension, most powerful engine and biggest wheels, you still instinctively adopt the exact same driving position you would in, say, the new P400e plug-in hybrid. Elbows out, resting on the, erm, armrests, hands at eight and four. For all the power, all the angry orangeness of it, in Comfort mode the SVR still encourages a laid-back, relaxed driving style. And even though they look pretty serious, the seats are comfy enough to accommodate.

Land Rover claims that for the facelift, its engineers concentrated on “controlling pitch under heavy acceleration and braking” and that “changes to the damping hardware have improved turn-in, mid-corner grip and body control”. It’s been a while since we’ve driven an old SVR, so we’ll take them at face value because this new one rides British B-roads with an elegance and composure that betrays the multi-link, air-sprung, adaptively and magnetically damped suspension wizardry going on underneath. There’s a bit of patter, but for the most part this is a firm, but comfortable car that controls and manages its substantial mass really rather well. Impressively agile for something so big, and genuine fun to hustle along.

As you would expect the steering is far heavier than a normal Range Rover’s. It’s weighty and positive where that car’s is (justifiably) glassy and remote. But it’s the noise, of all things, that dominates the driving experience. Because it’s LOUD, and gets LOUDER still if you stick it in Dynamic and switch the adaptive exhaust into “I really am quite angry, you know” mode.

And it’s a truly wonderful noise. One of the very best noises made by any car currently on sale. And you don’t need to be driving like a tool to get it, either, even on a quarter-throttle you get the bassy machine-gun chatter that we guarantee will bring a smile to your face time and time again. It quite simply does not get old. Your neighbours may disagree.

The world would be a better (if louder) place if all cars sounded like this. Houses next to busy junctions would skyrocket in value, as petrolheads clamoured for their fix of SVR V8. Count us very much in.

But most of all it’s fast. Like, really fast. A fastness amplified by the height, the width, the noise and bludgeoning, thuggish gait with which the SVR flows down a road. The eight-speed auto has been tuned for speed, so shifts are quick and signalled by a braaap from the exhausts. There’s a substantial amount of grip that, on the road, you’ll never run out of and, would you believe, that same peerless off-road ability you get in a normal Range Rover. Don’t believe us? Tough. Even on summer tyres this thing will go most anywhere your big Rangie can. And sound much better doing it. Local wildlife be dammed.

So what’s the problem?

We said the SVR is “genuine fun”, and we stand by that. It’s a lovably daft thing that makes silly noises and defies what you think a more-than two-tonne SUV with the aerodynamic properties of the factory in which it’s built should be capable of doing. As good at going fast as it is wafting about the place. An all-rounder that can scale and wade and traverse like few other SUVs. Let alone ones with more than 550bhp. We like it a lot.

But to approve of such a car philosophically is downright impossible. The very concept of a performance SUV is a bit backwards – the compromise is inherent and built-in. And no-one who buys one will use it to its fullest potential, which is sad if inevitable. They won’t appreciate it for what it is, but for what it looks like.

You have the likes of Kahn and Overfinch to blame for the SVR’s appearance. Bored of seeing such companies taking its cars, making them more brash and selling them on for a hefty profit, Land Rover decided it could do that itself via SVO. Hence the bright colours, go-faster skirts and carbon fibre. Not for us, but hey, who are we to lecture anyone on style.