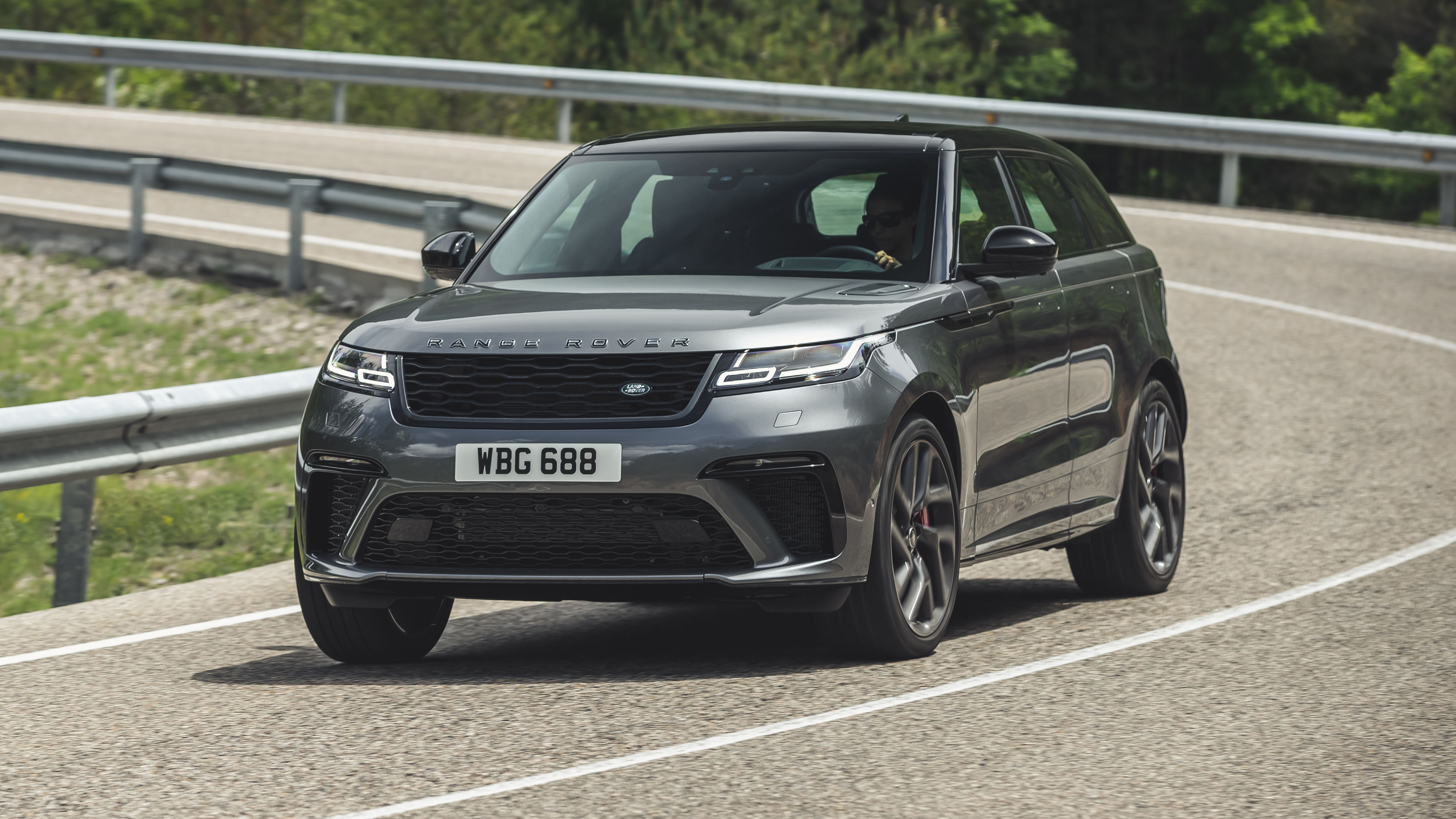 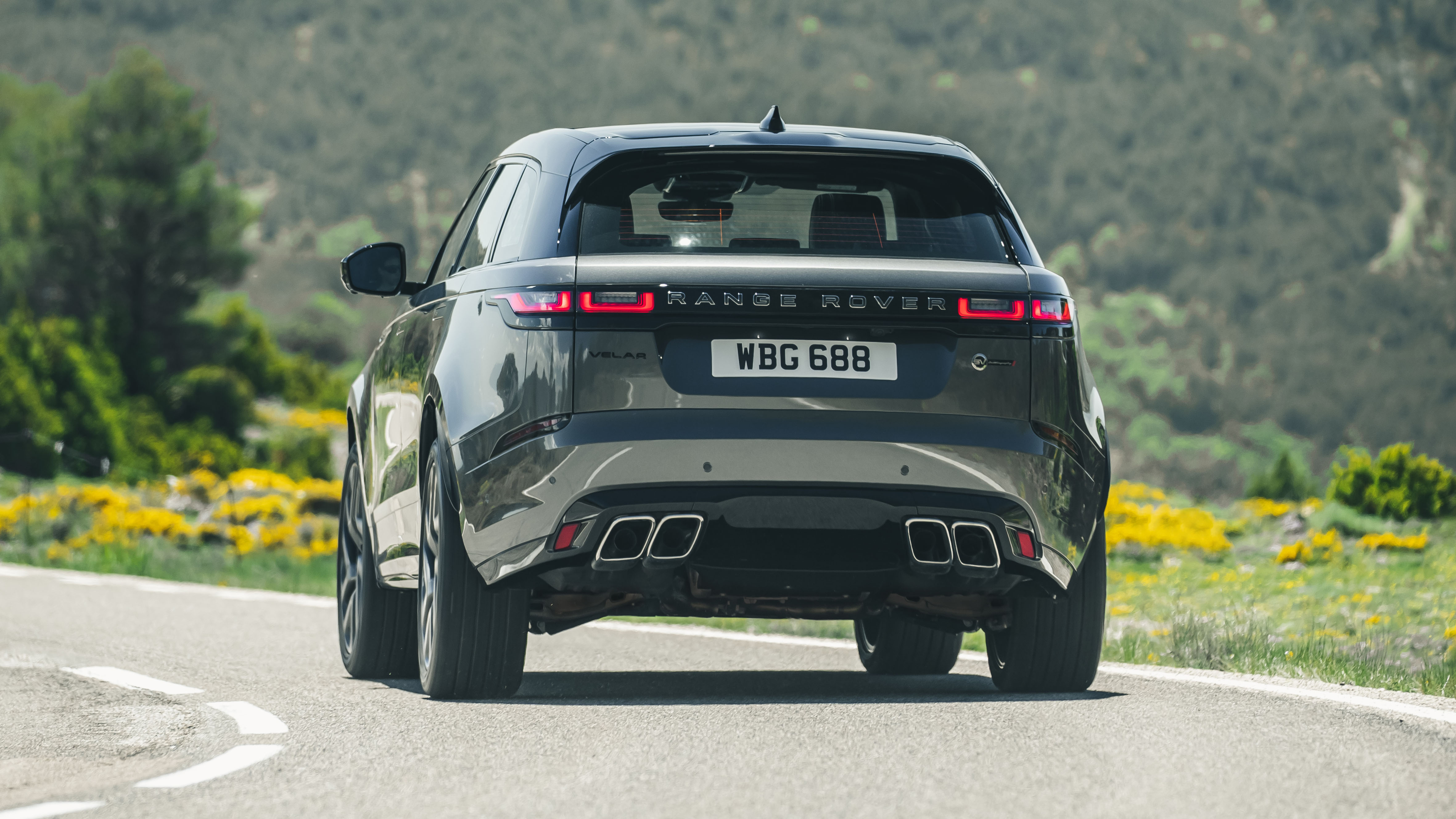 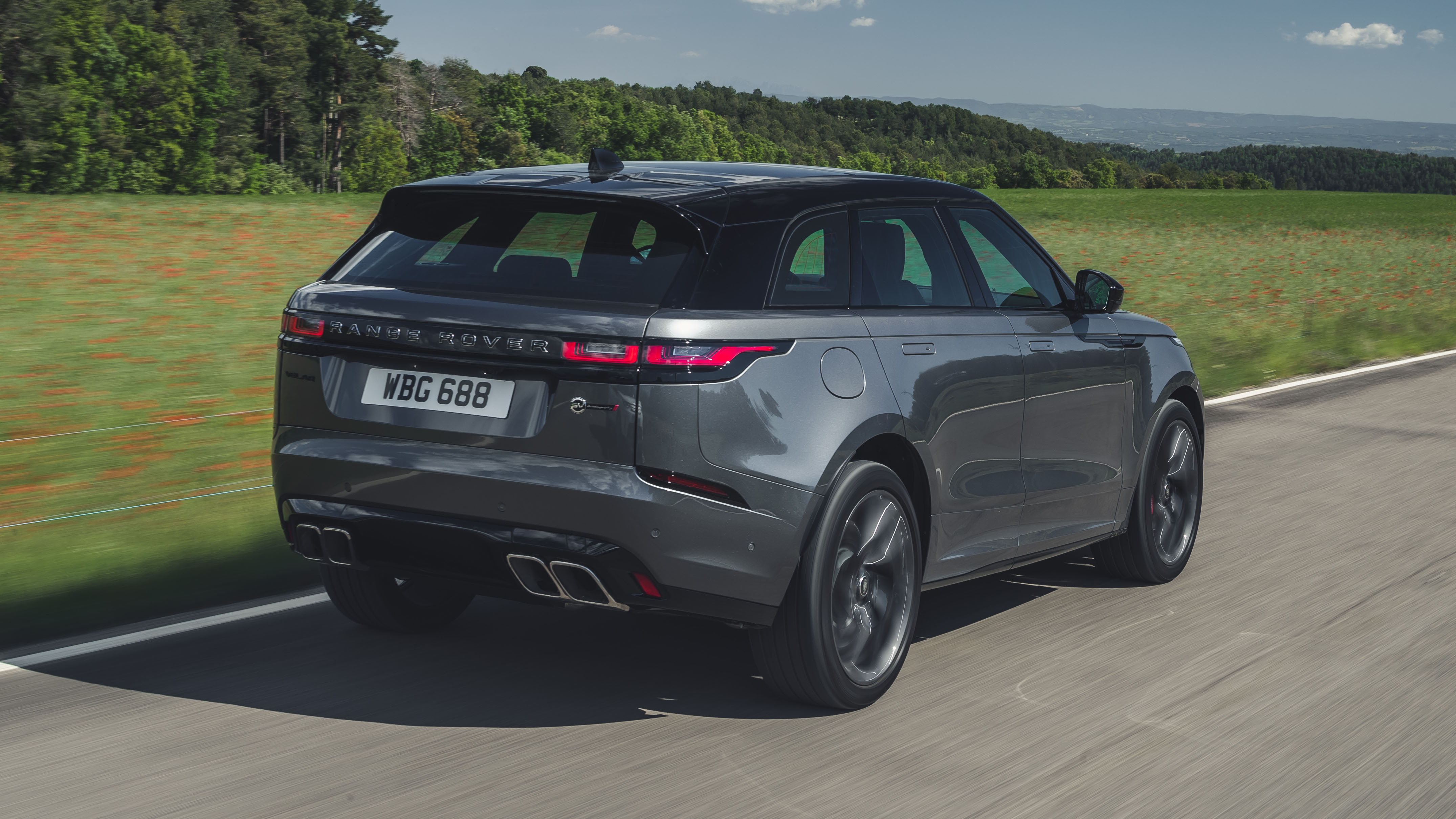 OK, in bald terms it is fast. But it could, Land Rover admits, have been faster, harder. It could have been an SVR. But that wouldn’t have been in keeping with the Velar’s character. So this one’s an SVAD, where A means Autobiography and D means Dynamic.

Together: luxurious sportiness. Which is now a thing.

And the SV part?

But unlike Merc’s AMG arm or BMW’s M Division who sportify everything (and, increasingly, anything), SVO’s methodology is different. It’s there to enhance the existing characteristics and abilities of the car. So the Range Rover gets longer and more luxurious, while the F-Type gets faster and harder. The Velar gets a bit of both.

So what’s been done to the Velar?

A supercharged V8 has been inserted. Which neatly takes care of the ‘faster’ part of the brief, even if it’s not in full-house 575bhp trim (see RRS SVR and F-Type SVR for that). Instead a mildly detuned 542bhp for a 170mph max and 0-62mph in 4.5secs. It’s less raucous too. It could hardly be more. So this is a mellower V8; crisp on response, but not snappy; deeply rapid without being unsettling; rorty, but easy on the pops and bangs.

Aside from the fact it’s a hard-to-justify-these-days supercharged V8 (270g/km CO2 and 23.9mpg), it suits the character of the Velar rather nicely. It doesn’t bellow on start-up and the power delivery majors on torque (501lb ft of it, from 2,500rpm), so there’s rarely much, if any, need to venture past 4,000rpm. This more restrained approach actually makes it deeply satisfying to use – and it would be better still if the gearbox realised it doesn’t need to be so keen to kickdown. Pull the paddles instead. They’re actual aluminium now.

It’s still the same eight-speed auto underneath isn’t it?

It is, and still linked to a permanent 4WD system that sends a little less torque to the rear axle in normal driving than its F-Pace SVR sister car (they share the same chassis underneath). Both have variable torque splits, but here around 60 per cent rather than 70 is sent aft.

Some components have been changed. There are new wheels, unique design 21s and optional 22s that each save around 2.5kg per corner over the standard Velar, and they (partially) conceal bigger brakes. Which you can have with red painted calipers instead of black if you want to stand out.

But they’re not carbon ceramic or even cross-drilled. And when they get hot they suffer. And they do get hot rather easily as the Velar – not a big car, remember – weighs 2,160kg. It’s further evidence that the Velar SVAD isn’t intended to be hoofed about.

That’s not to say it’s therefore worse than the F-Pace SVR, let alone the GLC 63 or X3M – it’s just different. And actually very likeable indeed. One criticism I have of the standard Velar is that the driving experience isn’t quite as luxurious as the image the car portrays. There’s a hint of coarseness on rough roads, it loses some wheel control and gets a bit jittery.

Has SVO sorted all that out?

Largely, yes. There are some new suspension components and the electronic calibrations for everything from the steering and suspension to the 4WD system and active rear differential are bespoke to the SVAD. It rides with more control, resists roll better through corners and generally feel more composed and together when the going gets tough. Or fast.

The overall experience is reasonably supple. I’d swear it actually rides better than a regular Velar, or at least the ride penalty is more than offset by the improved body control. But the best thing is that it’s not trying to be too sporty. And – surprise, surprise – that fits the SUV template much better than the extra tensioning, torsioning and ratcheting done to pretty much everything else. Fast SUVs are the corset-wearers of the modern car industry. This one gets to breathe.

Doesn’t look much different outside.

No tacky carbon bonnet a la Range Rover Sport SVR you mean? Yes, this is a subtler treatment – calmer colours and bumpers and grille changed chiefly to allow more air to pass through to the hungry V8. Quad pipes at the back with new finishers – needed to diffuse the gases quickly in order to cope with the extra heat generated – and body colour trim carried further down the flanks. It’s neat and restrained.

And so’s the cabin. Maybe too much. The Velar SVAD hits the D part of its brief more successfully than the A. That’s because the standard Velar is a really rather lovely thing inside. It’s got perhaps the best cabin design of any Range Rover – any SUV, in fact. This one’s the same, just wears more leather. On the seats there’s new diamond quilting and because that jarred with the fussier design of the standard speaker grilles, they’ve been simplified. There’s new knurling and Windsor leather everywhere except the grab handles (just me that sees this as an oversight?) and it’s perfectly lovely. But for one thing: the standard Velar is also available with the really rather lovely Kvadrat textile wool trim, which is softer, more luxurious and cossetting than this leather. And no, you can’t have it on the £86,685 SVAD.

£86,685. £20k more than other high spec Velars, and £10k more than the equally powerful F-Pace SVR – with the same uplift over the latest Merc GLC 63 S or BMW's brand new X3 M. So it’s expensive. But then the Velar occupies a more interesting place in the market – Land Rover nailed that with the standard car. It’s the style and desirability thing. So these will sell, even at, well, it’s going to be approaching six figures by the time you’ve pottered through the options.

Mentally it’s an increasingly hard car to justify – expensive to buy and run, and with a power unit rapidly approaching end-of-life obsolescence. So, a confession: I rather liked it. It’s flattering, I like that it swerves the full-ticket fakery of an SUV that thinks it’s a sports car. It’s a more honest, pleasing car than that. This could catch on.