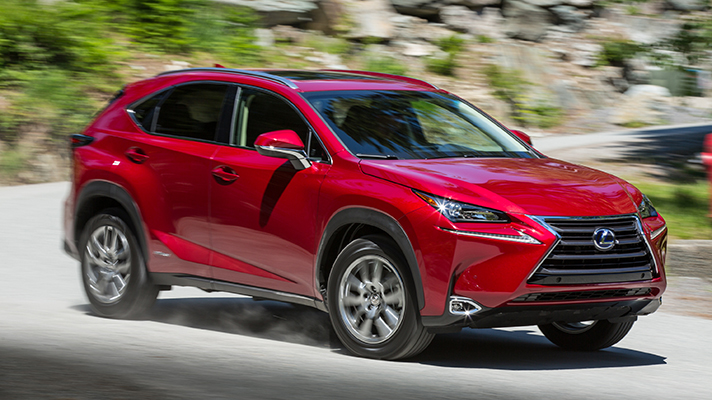 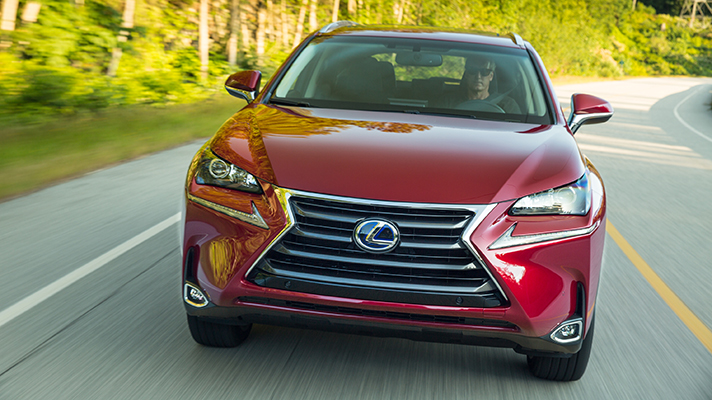 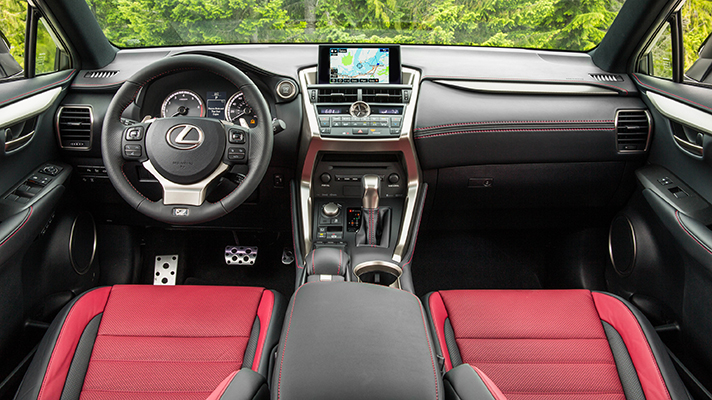 It's a ‘Premium Urban Sports Gear' SUV. Or, if you'd prefer it in a phrase that actually makes sense, it's Lexus's first attempt at a premium compact SUV, designed to take on the likes of the Audi Q5 or BMW X3. Remember the very edgy and radical concept, the LF NX? Well, this is it in production form, with prices starting at £29,495 (rising to £42,995) and UK sales starting in October.

If it's a Lexus, presumably it gets a hybrid?

Naturally. But there are actually two engine choices - the hybrid you mentioned, and a 2.0-litre turbo due in 2015.

The big-seller first. The 2.5-litre hybrid produces a reasonable 153bhp and 155lb ft, does a passable time of 9.2 seconds from 0-62mph... but emits just 116g/km and does 56.5mpg, if you opt for the front-wheel drive version. Mighty impressive for a 1,715kg SUV. You can tell where we're going with this, right? The hybrid NX is not about performance.

The turbo, on the other hand, has a bit more of an athletic lean. It's still not a Sports SUV in the mould of the Porsche Macan, but it produces 235bhp and 258lb ft, so the 0-62mph time drops to 7.3 seconds. Crucially, it feels much more alive, mainly thanks to the new six-speed auto. There's character here and, when you accelerate hard, the engine sounds good, almost rorty. In contrast, the hybrid's CVT simply lets the engine drone noisily away.

The downside to the turbo is the fuel economy. Official figures aren't available yet, but we didn't see much more than low 20s on our test. Ouch.

So still no diesel then?

Nope. Lexus is confident that, despite the vast majority of European sales in this sector being diesels, it can make an argument for petrol and hybrids because future emissions regs are going to be much tougher for diesels to pass. Fair point, but in Europe, you'd be mad not to at least offer a diesel SUV for the time being.

How about the handling?

This is the NX's weakest point. Lexus wanted to create a car that handled with all the dynamism of a Porsche, and rode with all the comfort of a Rolls. Unfortunately, what it has built is a car that does neither. The steering is inert and the ride too harsh, with no trade-off in cornering ability. And all this despite the addition of adaptive damping, which Lexus claims offers the best compromise between ride comfort and increased stability.

You can go some way to alleviating this by speccing very particular versions - namely, a non-F Sport model in front wheel drive. That way, you avoid the ‘performance' dynamic dampers on the F Sport, and, because the 2WD is lighter, it doesn't crash through pot-holes quite so crudely. Don't get us wrong - it's still not brilliant, but it's at least a bit more bearable.

It's like Lexus has lost a bit of its identity, hunting the sports car driver without remembering what it's done brilliantly for 25 years - making cars ride well.

There are some clever areas of tech on it. For instance, it comes with a wireless smart phone charger in the centre glovebox, so you don't need to lug loads of wires around anymore.

The rear leg and headroom is also impressive. The NX itself is the same size as a Q5, but it feels roomier back there, so four adults would sit in comfort. You can also get electric folding rear seats, and you can control them either from the instrument panel, the back seats or the boot.

None of these are game changers, but they do give a slight point of differentiation to rivals.

Not really. It's that old Lexus cliché - if you want to be different, and not stick to the regular German option, then the Lexus does at least offer an alternative.

But it's no more than that. In the pursuit of this new ‘driving dynamic', Lexus seems to have forgotten what made some Lexus' great in the past - that waftability and refinement, that ability to get you 600 miles down the road and feel no worse for it. The NX doesn't do that, nor does it drive like a sports SUV. It's compromised both ways.

It's an interesting looking thing, and the interior quality is good, but there's no one reason you'd buy it over any of the major rivals. Radical looks, average car.