£940 p/m
External link to
with Leasing.com
Read why you can trust our independent reviews
Top Gear Team
Published: 05 Aug 2019
Skip 10 photos in the image carousel and continue reading 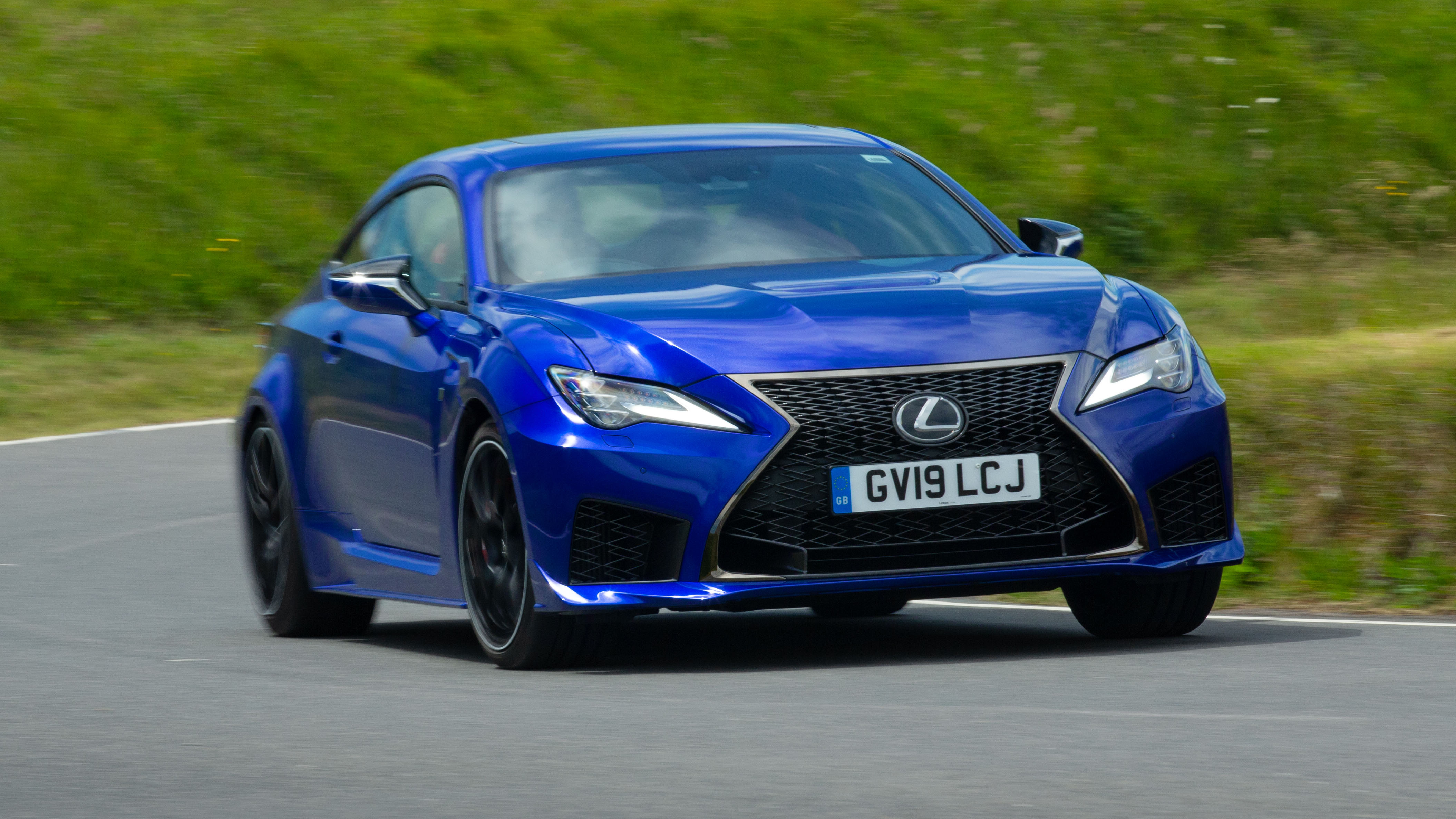 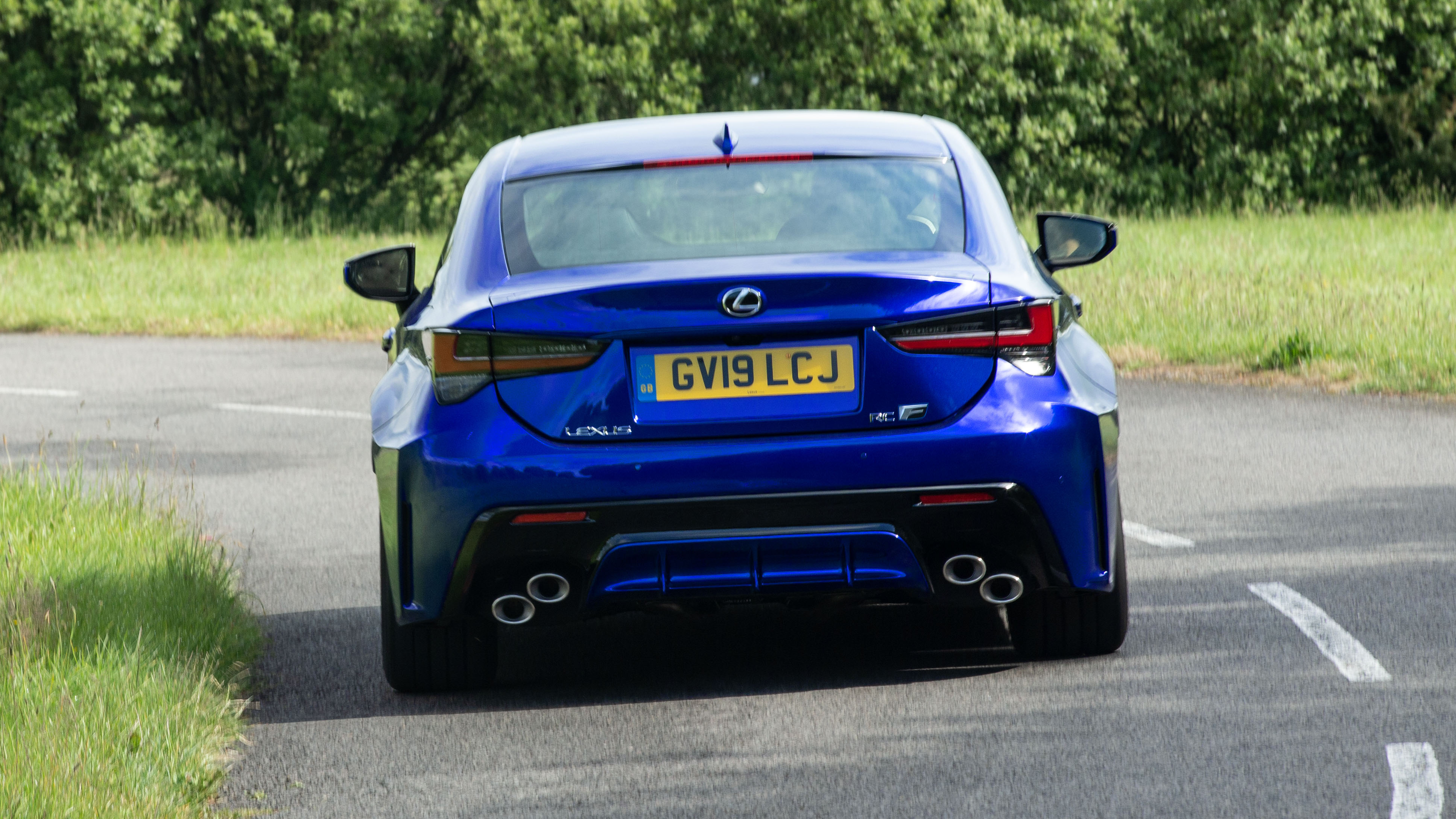 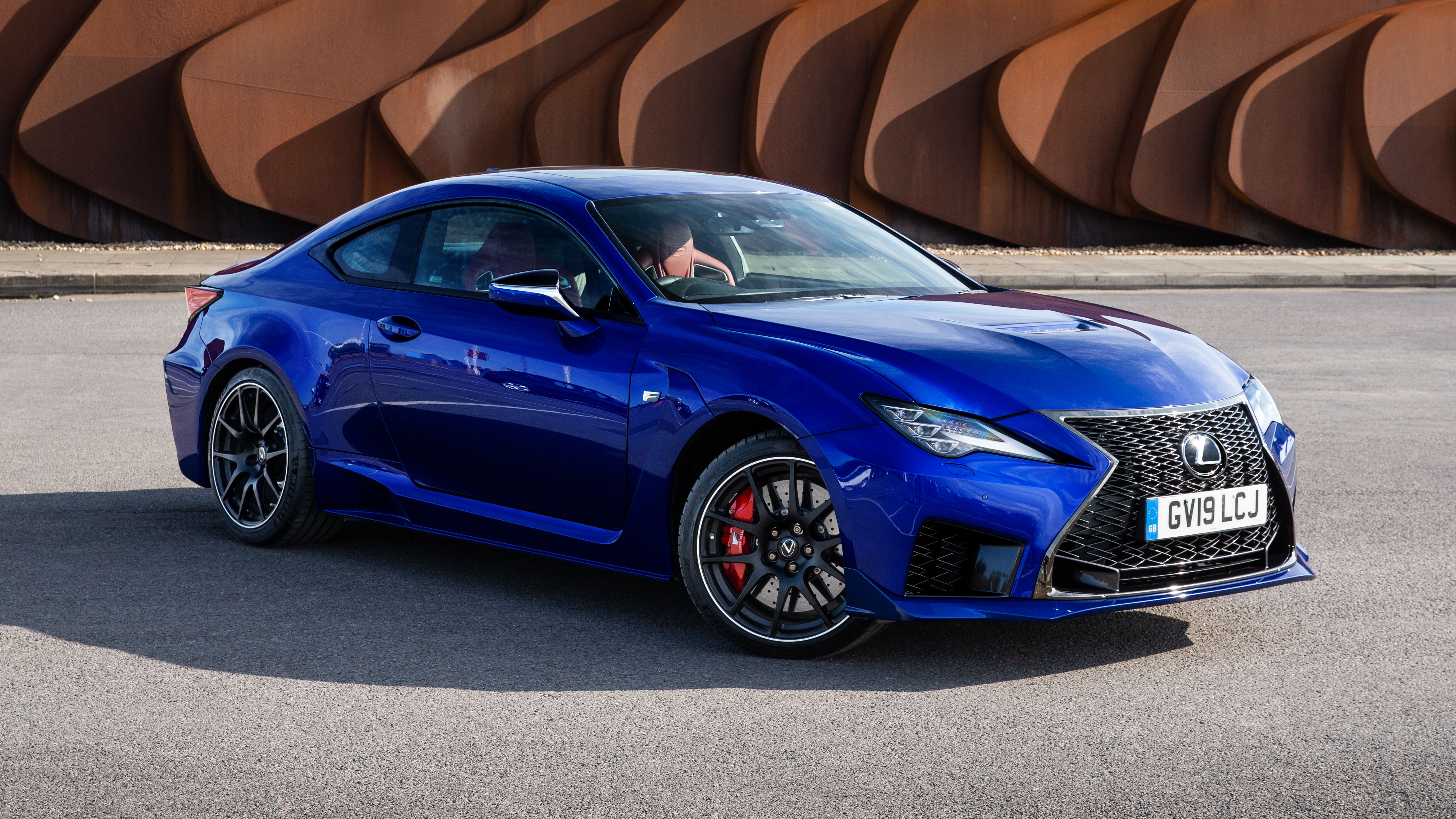 1 / 10
Advertisement
“Top notch Japanese muscle car, with a lot of heart. But falls short of the championship contender it needs to be”

Rivals are sharper and more engaging at this price, whole car feels a little last generation

Less powerful, that’s what. Feels cruel to kick off a review of a Japanese performance coupe by noting that it’s down on power, but in order to comply with ever more stringent emissions regulations, Lexus has had to revise the RC F’s 5.0-litre V8 down from 471bhp when it first blasted onto the scene a few years ago, to 457bhp today.

Boo, hiss etc etc. However, flip that and think of it this way – Lexus has somehow managed, in 2019, to get a 5.0-litre naturally-aspirated V8 petrol engine on sale, jumping through increasingly fire-tinged rings to keep its mini-muscle car on sale. Bravo.

So, the RC F. A powerful, mid-sized rear-drive coupe that’s ostensibly a rival for cars such as the BMW M4 and Mercedes-AMG C63 (perhaps even four-door stuff like the Alfa Giulia Quadrifoglio), each an incredibly tough nut to crack; one is practically the benchmark, the other is the most charming hooligan you’ll ever meet. The last one’s practically a four-door Ferrari.

The RC F then, trades on its nuance: a naturally-aspirated V8 in a world of forced induction, and a proudly Japanese identity and approach to everything – from the styling to user interface – in the face of what some might call homogeneity.

There’s a revised eight-speed automatic gearbox in the middle, drive to the rear (itself now under threat for cars like these), and a raft of revisions for 2019 and beyond. These include a refreshed face, the addition of launch control, a limited slip diff, and the option of carbon fibre composite body panels.

The suspension’s been tweaked, too: excellently nerdy stuff like hollow half-shafts in place of solid ones, aluminium parts to save weight, stiffer suspension arm bushings and steering rack mounts, and stronger engine mounts.

There are three versions of the RC F you can buy in the UK: the standard car, the RC F Carbon (carbon fibre roof, bonnet), and the RC F Track Edition (Brembo brakes, a torque vectoring diff, BBS alloys, fixed rear wing, red Alcantara and other CF parts). Prices range from a little over £60,000, to almost £80,000. More on that further on.

Lexus estimates the TE takes between 70kg and 80kg of weight from the previous generation standard RC F, using knowledge gleaned from Lexus’s Super GT and IMSA race teams. The new, standard car clocks in at 1,715kg, mind, so it’s still rather heavy... 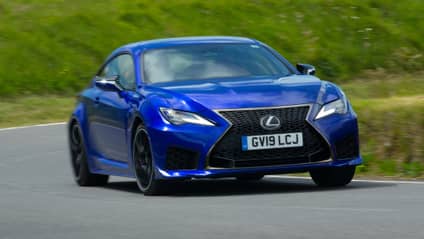 “Top notch Japanese muscle car, with a lot of heart. But falls short of the championship contender it needs to be”

In isolation, the RC F is a good car. It steers, rides and handles with assuredness – if not the fizz others manage – offers decent bang for your buck, and represents a very particular way of thinking about the whole rear-drive-powerful-coupe thing.

But stuff like the M4 and C63 have moved the game on in leaps and bounds, and have continued to set new benchmarks. For this kind of money, you can’t discount them, and in that company the Lexus struggles to compete.

It’s got heart, the RC F, it’s just not the championship contender it wants to be. Top notch Japanese muscle car, though, and there’s a lot to be said for that. 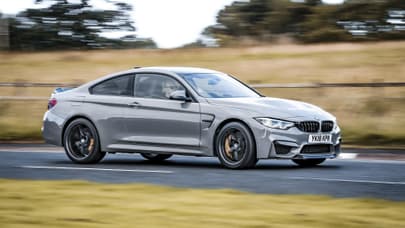 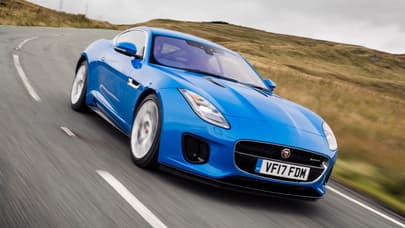