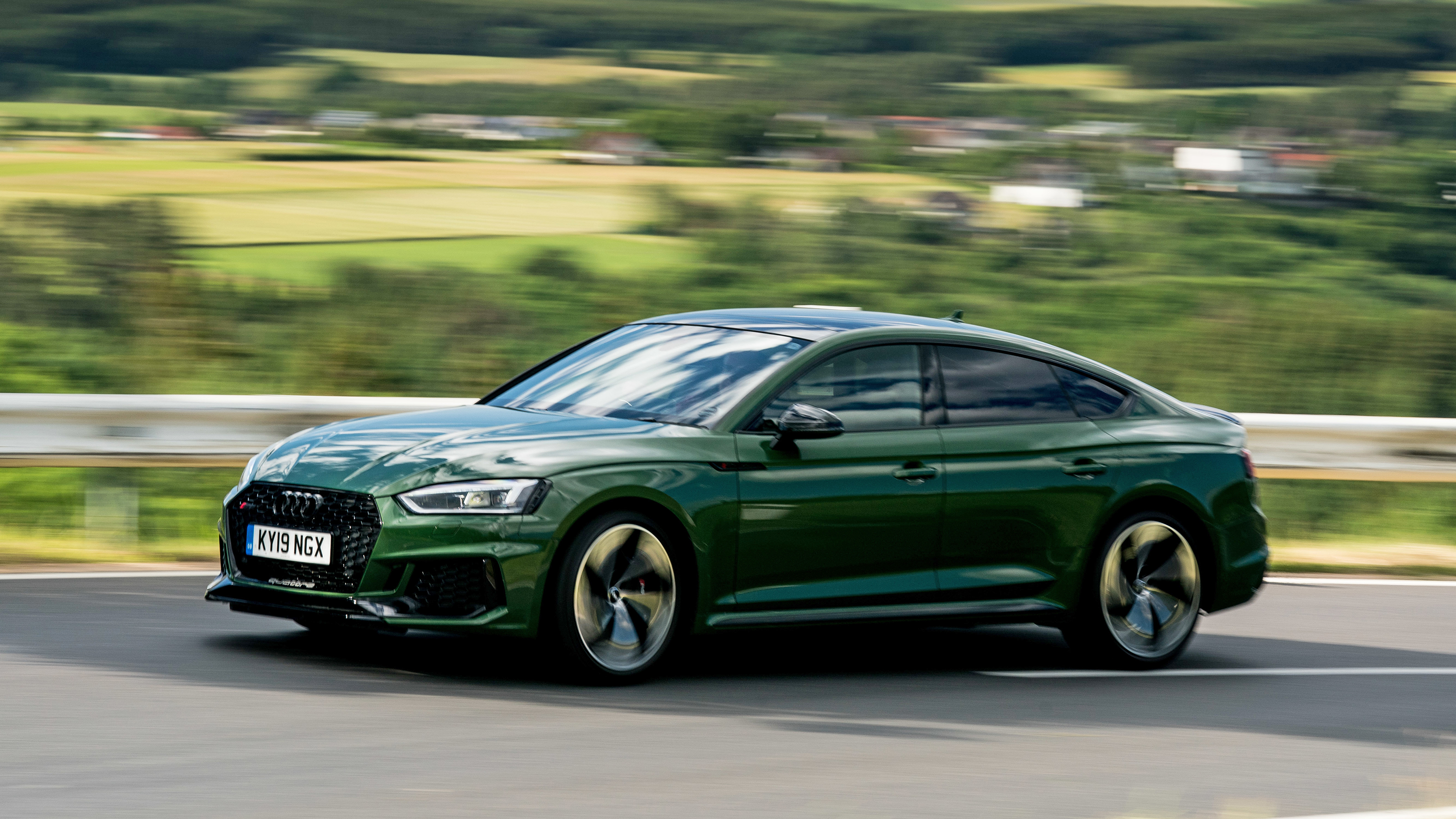 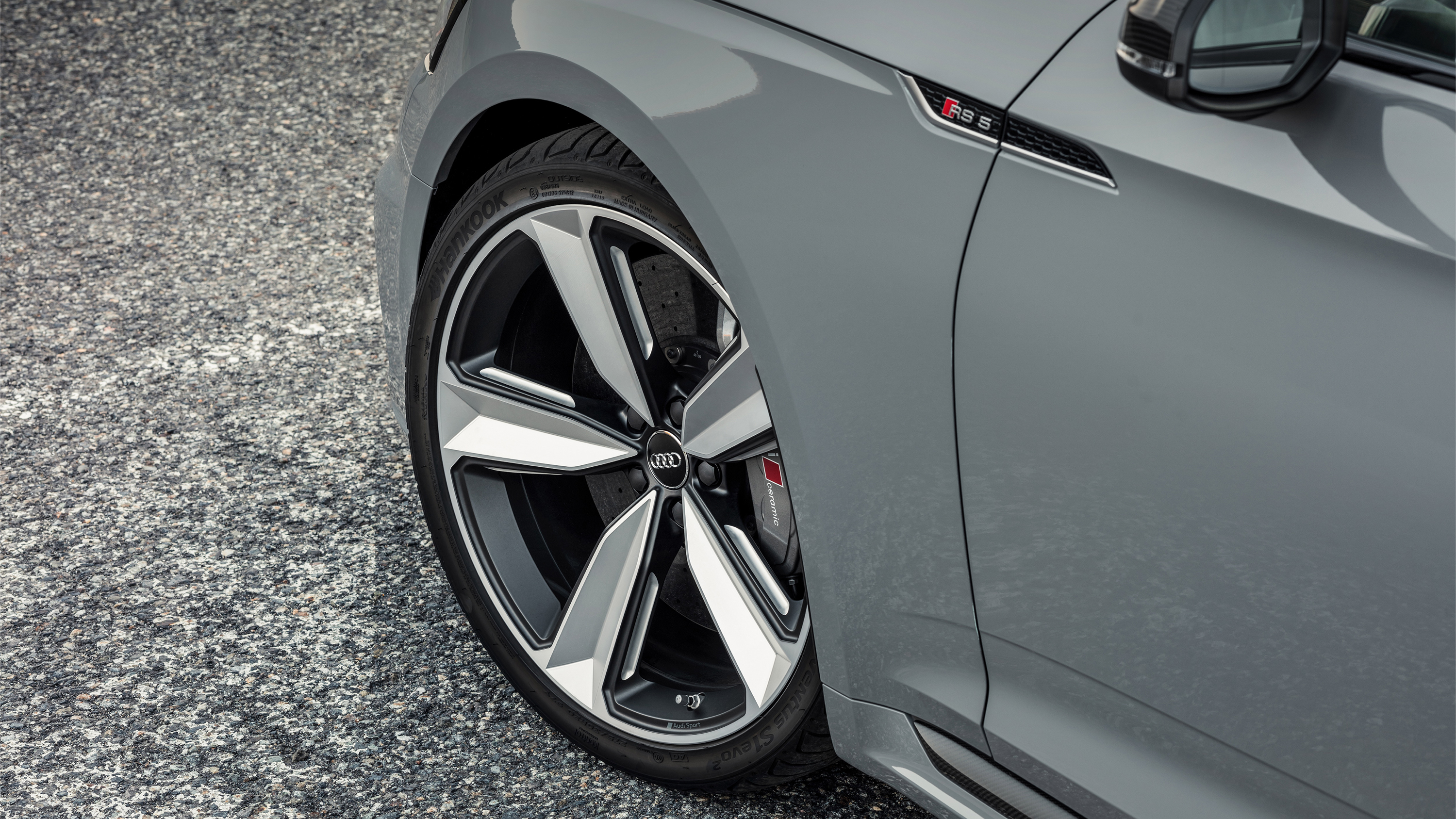 1 / 19
Advertisement
“A car that makes going fast incredibly easy. But rivals do the whole 'fun' thing much better ”

Speed is rarely this unruffled. The Sportback will be spectacularly easy to live with

Keen drivers might get pretty frustrated with it, though

The RS5 is the latest in a long and deeply inconsistent line of fast Audis. Thoroughbred drivers’ cars have been frustratingly irregular in the decades that followed the first car to be emblazoned with Quattro badges, back in the Eighties, but the bright spots pockmarking the way have shone almost blindingly.

There's the wonderful manual-transmission RS4 of the mid 2000s, or a series of outrageously fast and temptingly family-friendly RS6s, or one of the many exquisitely balanced R8s. Perhaps it's those which serve up impossible-to-reach expectations each time a new RS-badged car arrives. Or maybe it’s the outstanding talent exhibited by the BMW M3 and Mercedes-AMG C63 that leave us hoping a rip-snorting RS will try and take them down.

Either way, the latest generation of RS5 disappointed us enormously on arrival. Following its naturally aspirated V8 forebear with six turbocharged cylinders arguably put it on the back foot right away, but that never hindered the outgoing M3 (or M4) too much. What let us down was the lack of excitement, Audi’s contentment with a car that gripped like hell and went like stink but with no nuance, feel or feedback decorating the edges of its sledgehammer performance.

Or perhaps that should be Audi buyers’ contentment. When we spoke to Audi Sport boss Oliver Hoffman recently, he told us he’ll never be tempted by the immature drift modes currently fitted to the 4WD systems of M Division and AMG. “This kind of play mode is not needed for our customers,” he said, with anything resembling rear-wheel drive deemed unecessary to sell anything but limited-run R8 specials.

We suspect a lot of people will look at the RS5’s performance figures – a Quattro-aided 3.9sec 0-62mph sprint beating the 70bhp-healthier, rear-driven AMG C63 S – and immediately choose it over rivals for the bragging rights. And for just how joyously easy that speed can be deployed, regardless of the weather underfoot.

Either way, the RS5 has just returned to sale from an enforced hiatus during a change in emissions regulations, and comes back with a five-door Sportback version to accompany the two-door Coupe. It does so as the Audi S4 and S5 turn diesel-only (at least in Europe), making this your only option if you want a high-performance Audi saloon powered by petrol. Some redemption at last? 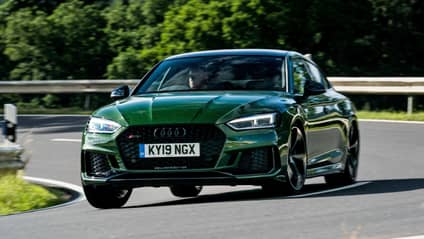 “A car that makes going fast incredibly easy. But rivals do the whole 'fun' thing much better”

We’re unashamed car enthusiasts and the RS5 can’t help but dampen our spirits. The cars it rivals so closely on paper – the BMW M3s and Mercedes C63s of this world – manage to offer similar space and practicality with a whole heap more noise and fun. They thrill at all speeds.

But it would appear Audi’s deliberately swerved such boisterous demeanour to make a car that’s quieter, calmer and easier to live with. Something the five-door Sportback version makes particular sense of.

Many people will adore this car, and whether or not it deserves RS badging will be a total moot point to them. But not to us. Audi Sport’s inconsistency rolls on. 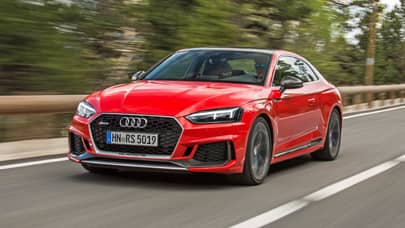 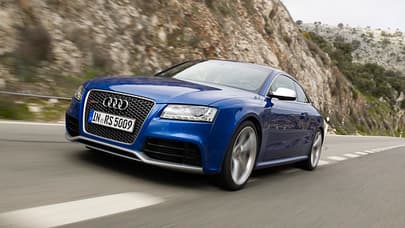 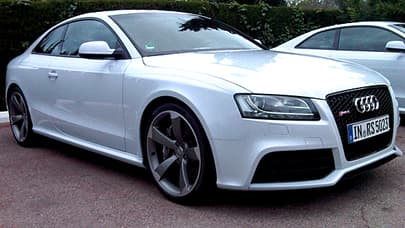