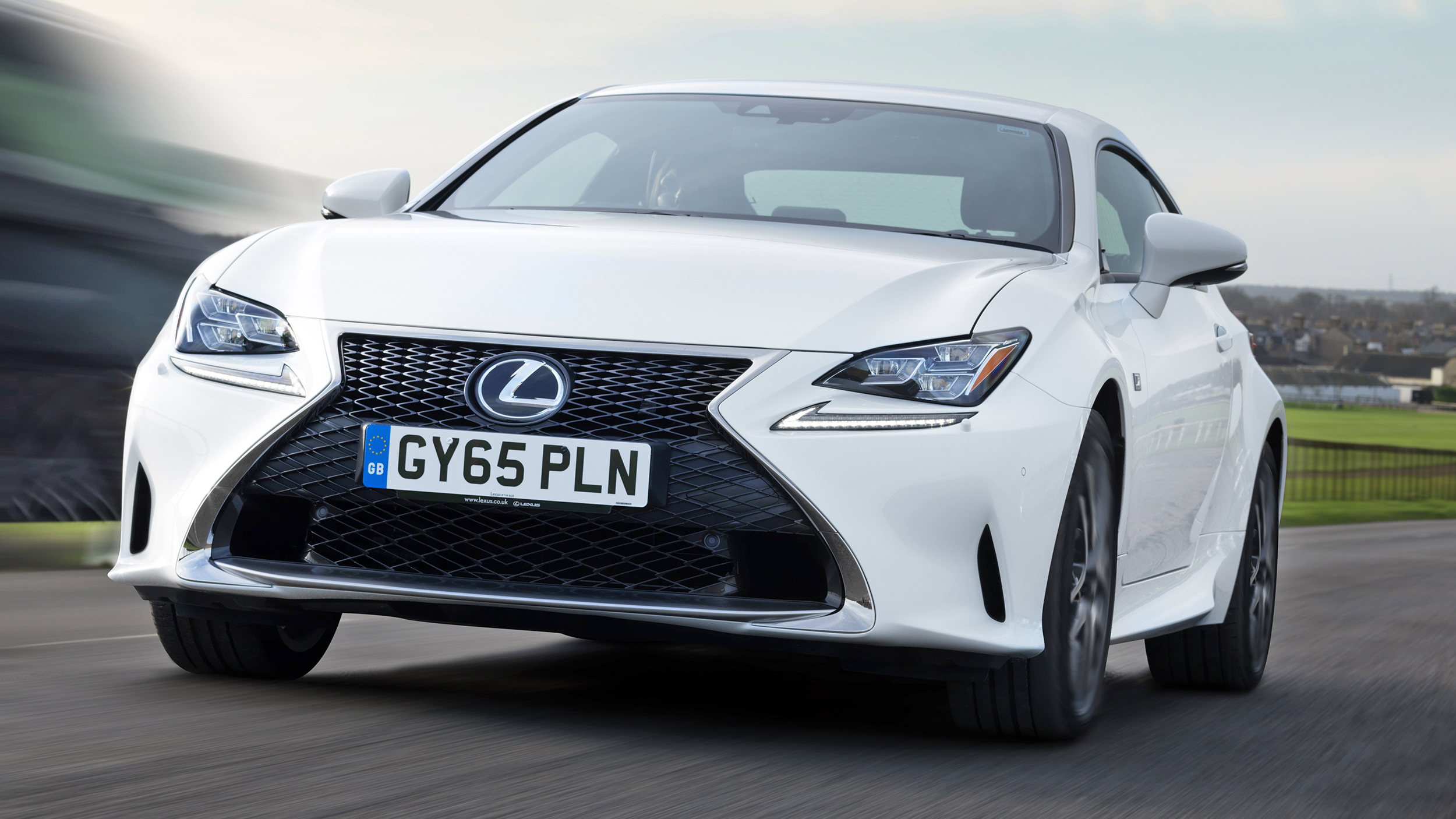 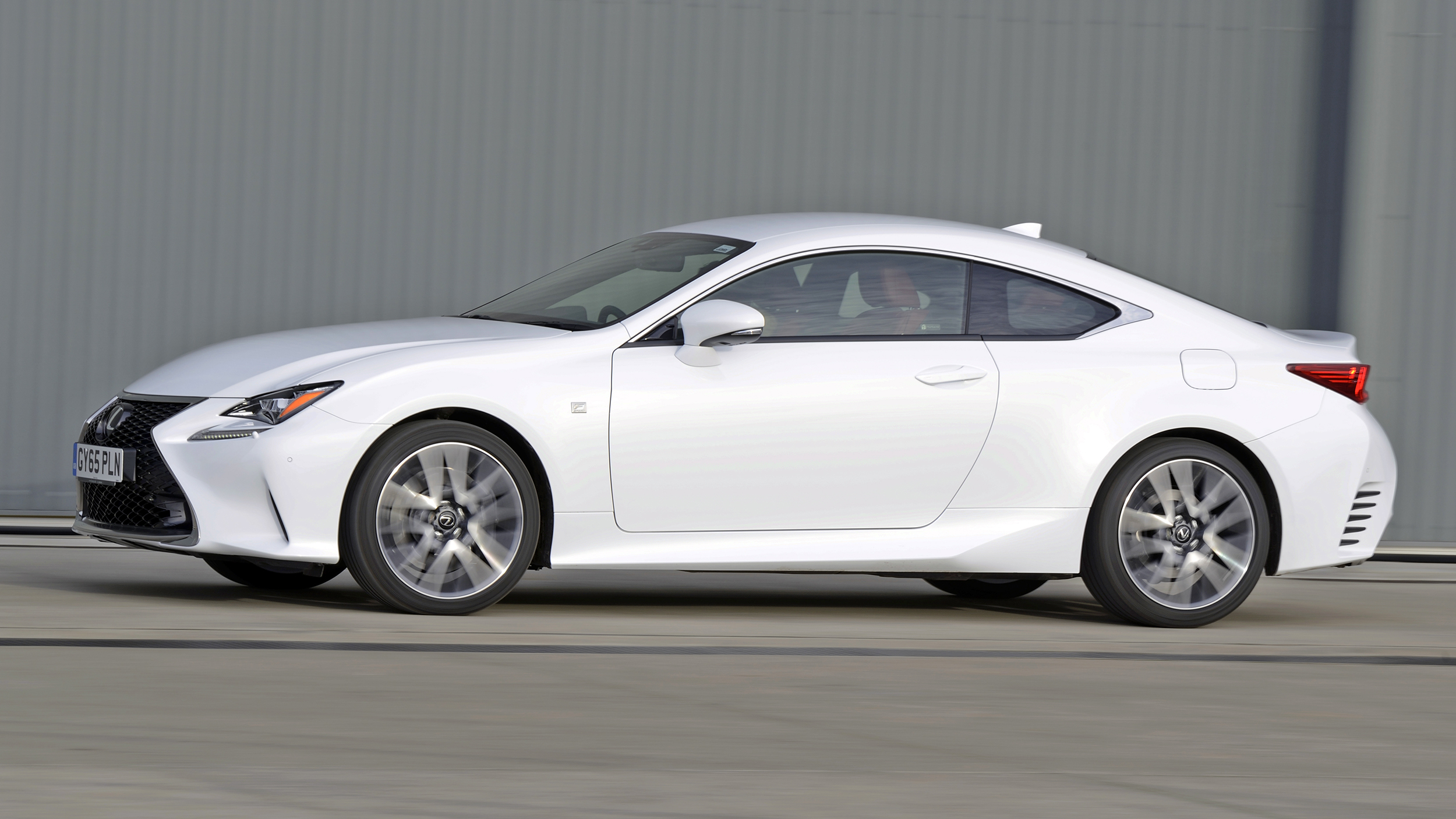 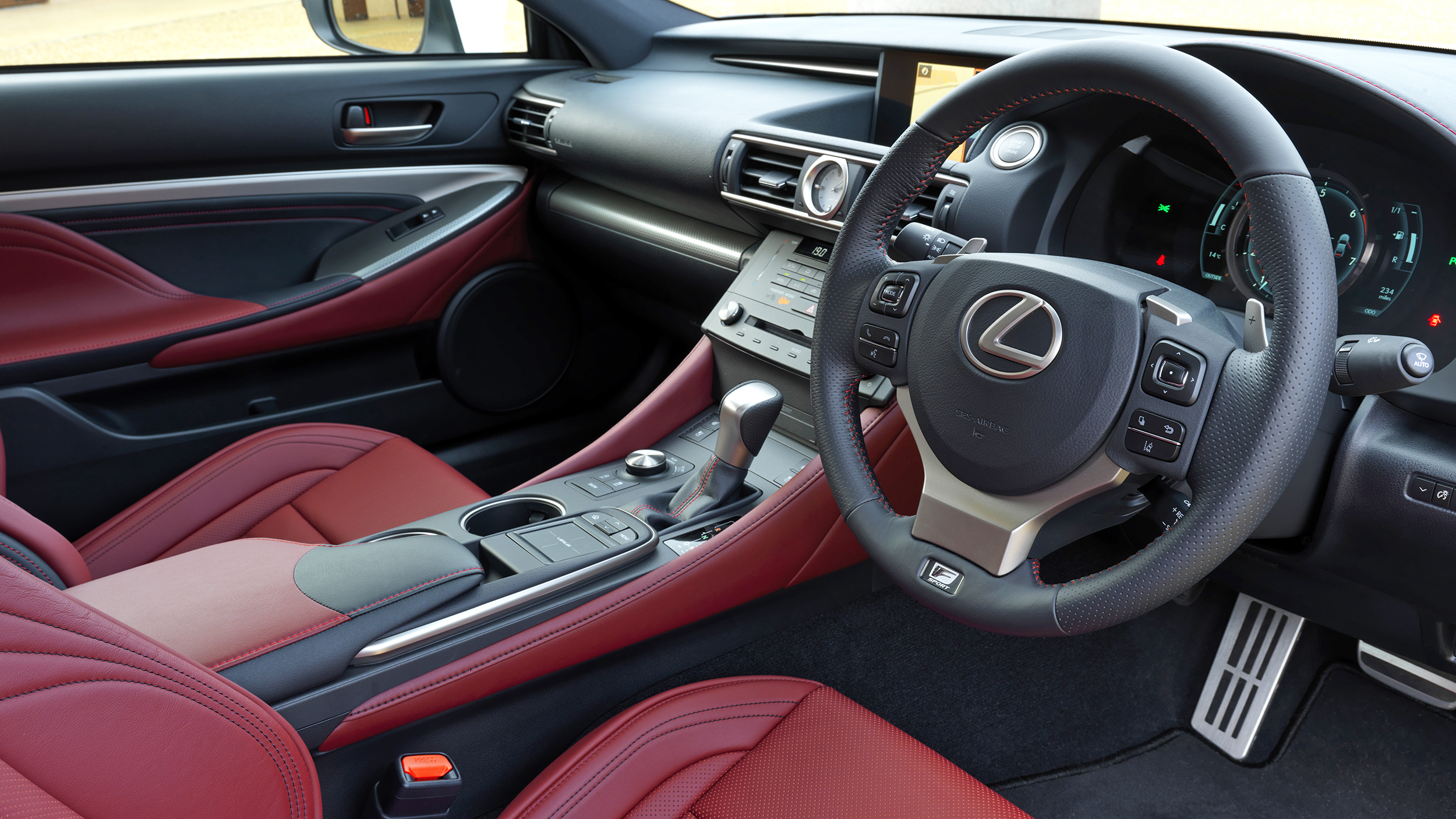 It does, but there’s a crucial difference: there’s no wild, naturally aspirated V8 beneath that slashily designed bonnet. This is the more real-world Lexus RC coupe. In its more athletic F Sport spec, though, it’s a tough game of spot the difference between the two.

The RC is aimed squarely at the BMW 4-Series and Mercedes C-Class coupe, though it’s much the sharper looking thing. Where the German cars’ aesthetics betray their saloon car routes, the RC's styling is considerably more standalone.

It helps that it rather successfully channels design cues from the LFA supercar. This is a good thing.

This one - the RC200t - comes with a 2-litre four-cylinder petrol engine, so, um, no. But the engine is turbocharged, and its 237bhp and 258lb ft outputs are healthy. It feels sprightlier than its 7.5sec 0-62mph time suggests.

There are no aural treats as you accelerate, though, and the further north of 5,000rpm you head, the coarser the RC sounds and feels.

But aim for smoothness and you’ll find an engine that’s unobtrusive and wonderfully quiet, whether you’re cruising at 30, 50 or 70mph.

What about the handling?

At 1.7 tonnes, it’s around 170kg heftier than that BMW and Merc, so it isn’t a lithe and lissom sports car. And it never manages to disguise this on the move.

It’s all about comfort and composure: its ride is plush, its responses are faithful to your inputs and it’s just plain stress-free to drive. The end product is a car that never feels alert or alive beneath you, so you’re unlikely to be goaded into driving it hard. 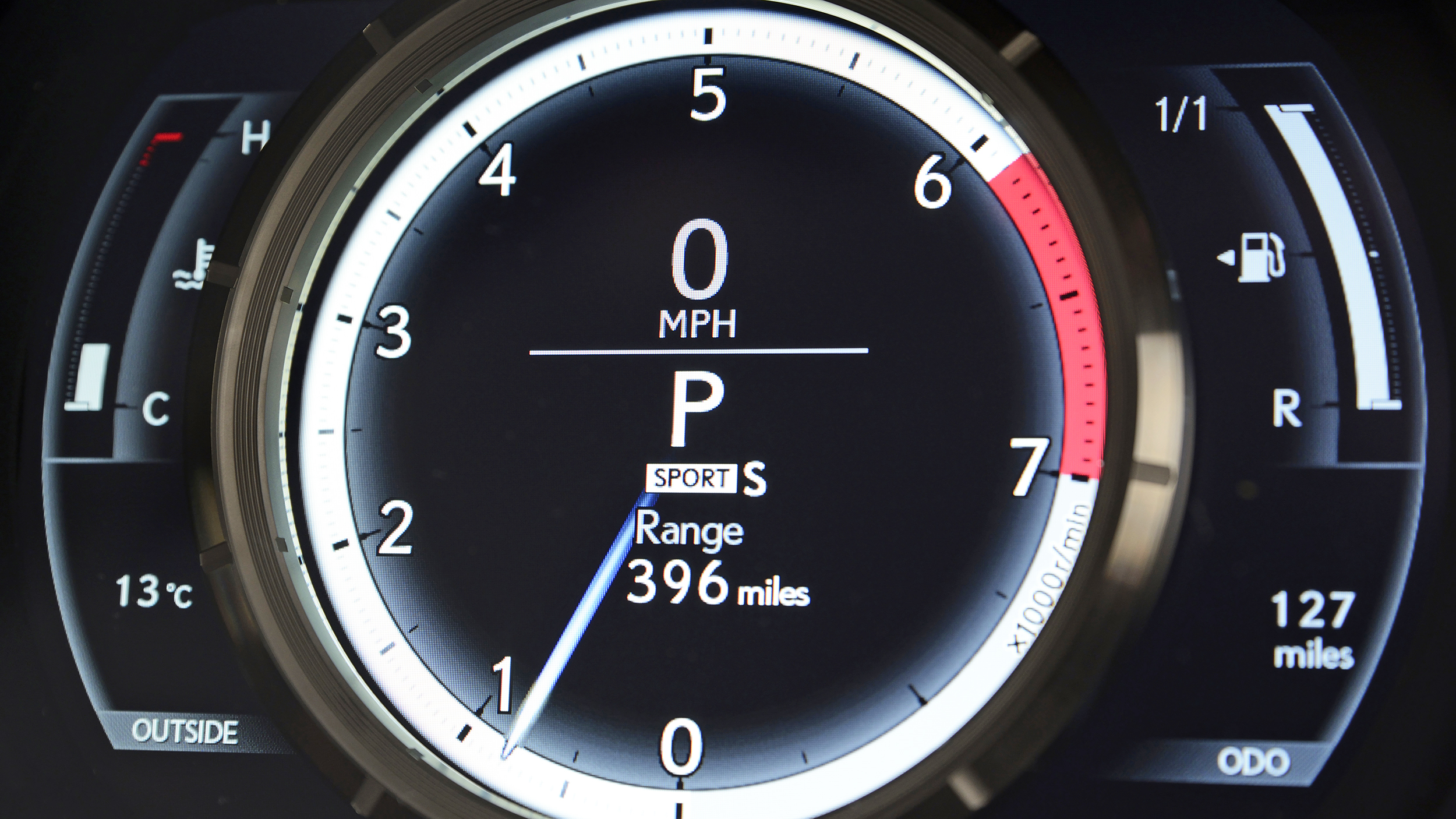 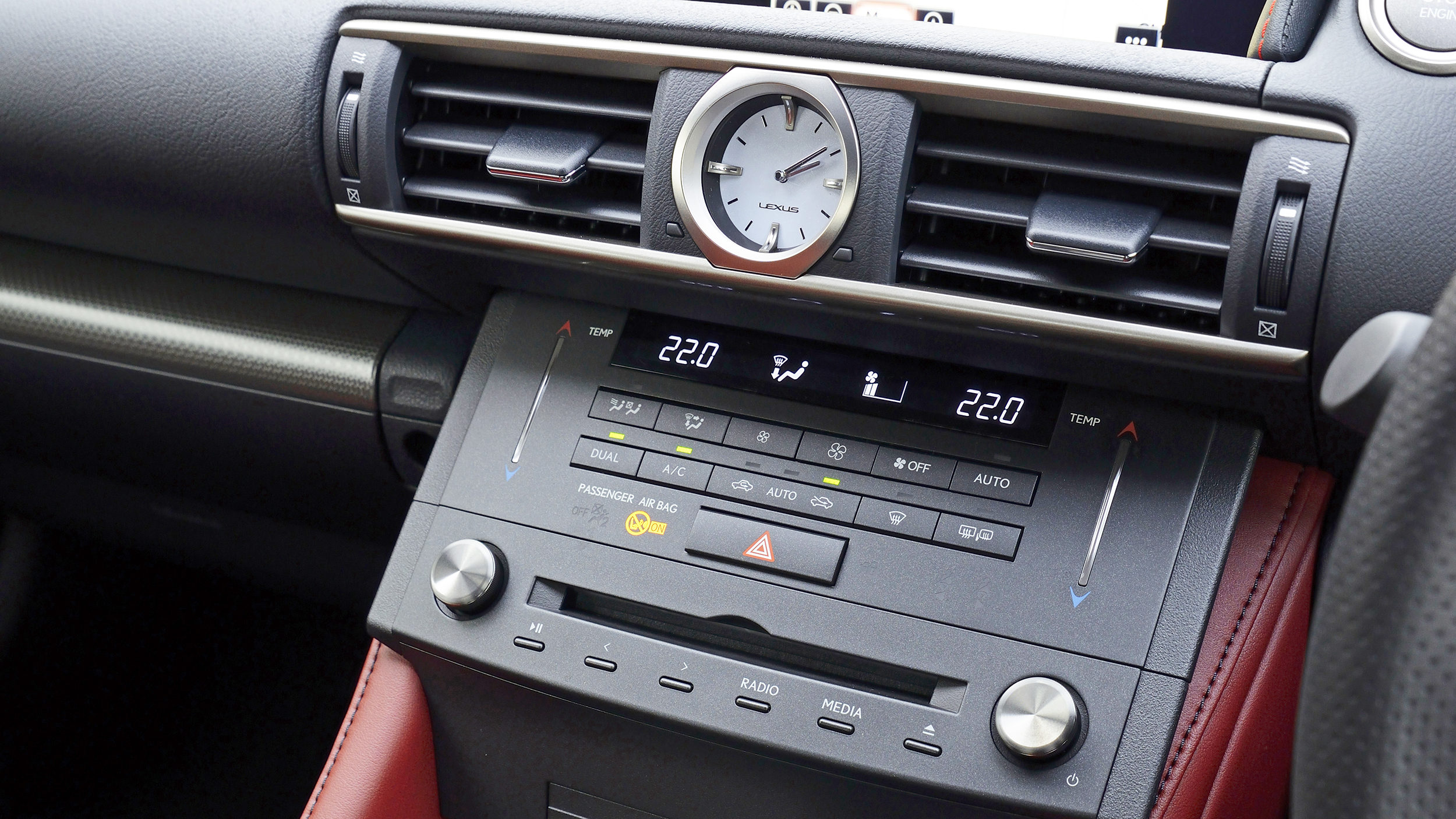 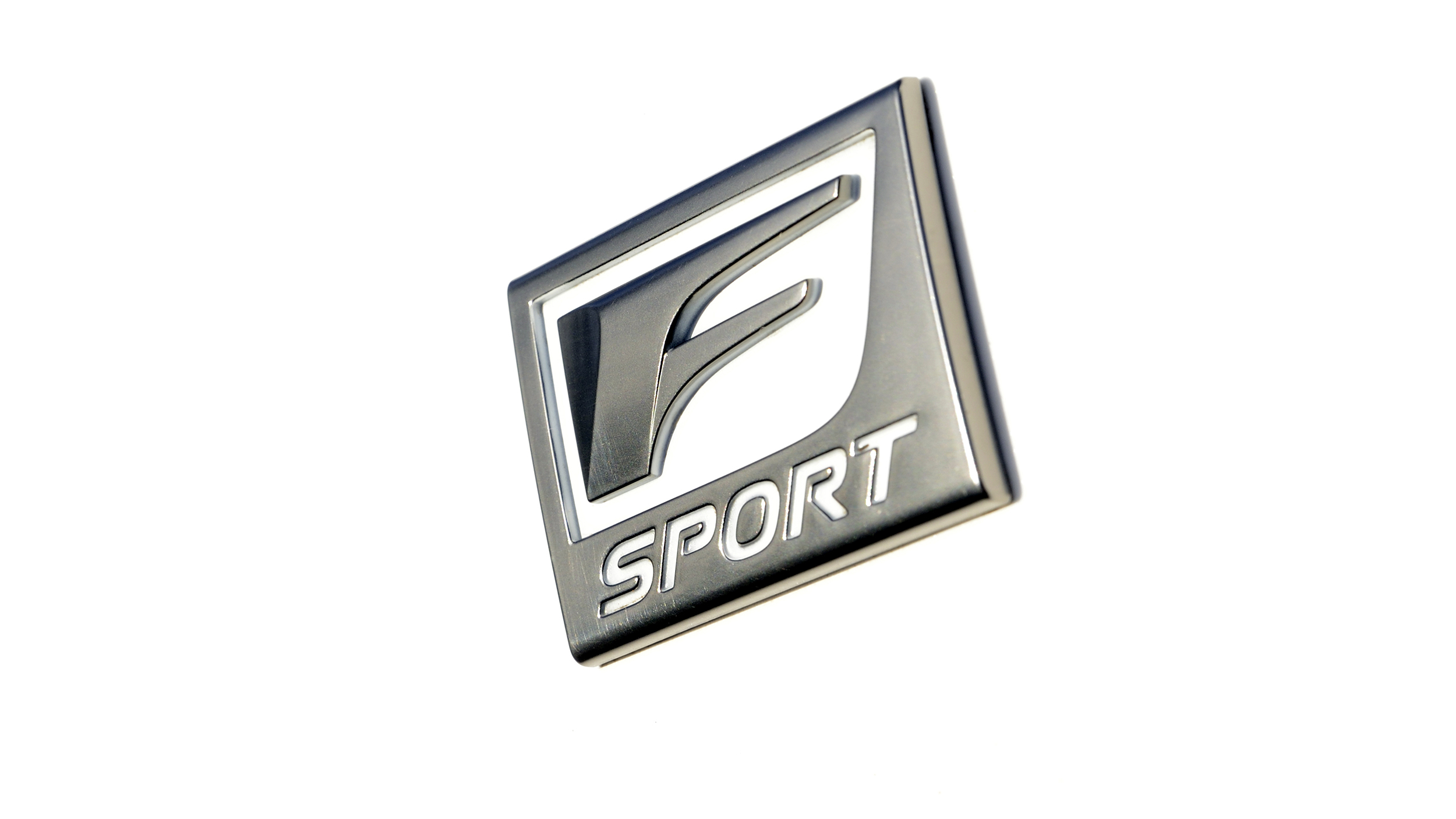 What happens if I do?

It becomes a little scrappy, tending to understeer before anything else. A 4-Series, inevitably, is sharper.

Pushing hard also exposes the flaws of the RC200t’s eight-speed automatic gearbox, which somehow feels like it’s been tuned to act like the droning CVTs Lexus attaches to its hybrid powertrains. It’s clumsy to kickdown under acceleration, while its manual shifts aren’t snappy.

Lexus reckons something called ‘G AI-SHIFT Control’ tweaks the transmission’s responses in accordance with the G-forces being generated. We can’t say we noticed this in the real world…

The solution is simple, though; ease off, and enjoy the more laidback character the Lexus exhibits to counter its sharper rivals. And its interior is (mostly) ace, doing a decent impression of something notably costlier than its £36k price tag.

The seats are wonderful, and if you’ve bought your RC200t in F Sport trim - its cheapest trim, in fact - the dial ahead of the driver whirrs around like it does in an LFA. Lovely. And Lexus even fits proper clocks nowadays.

It’s all wilfully esoteric, but this brings a few downsides. Our biggest bugbears are infuriatingly sensitive ‘electrostatic’ controls for the air con, and a pedal-operated parking brake, which is almost clunky enough to shatter the calm created by all the finely stitched leather and cosseting refinement. Ignoring convention isn’t always for the best.

It is. LFA aside, Lexus is yet to release a car that’s solid gold across the board. But conflicting characteristics can’t stop the RC from being a pleasant car. It looks fantastic, it’s comfortable, and there’s all sorts of tech on offer, with a 17-speaker, 835w stereo a highlight.

It’s something genuinely different to its default German rivals, and arguably much better looking. It’s just not, we’re afraid, better to drive.