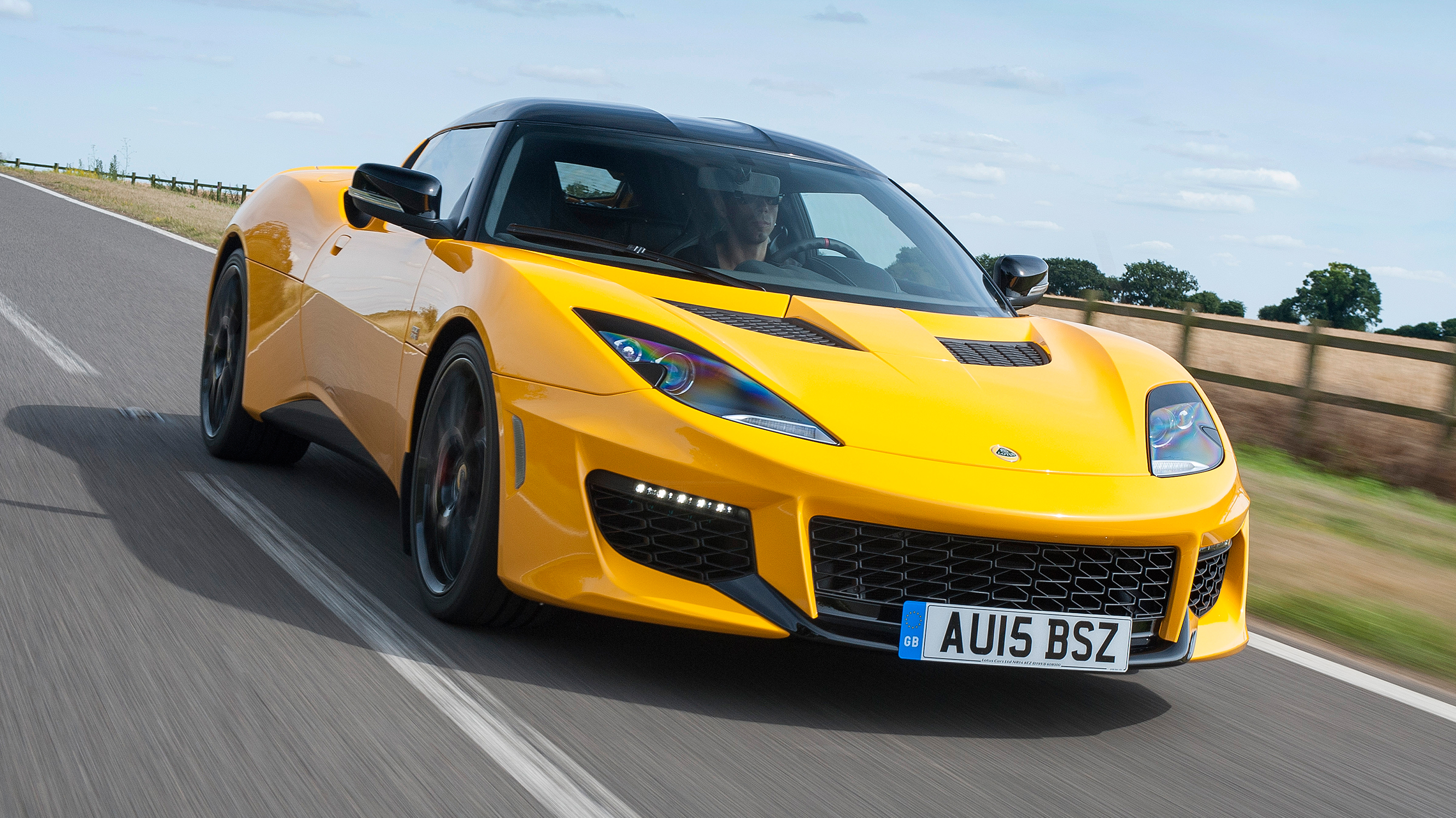 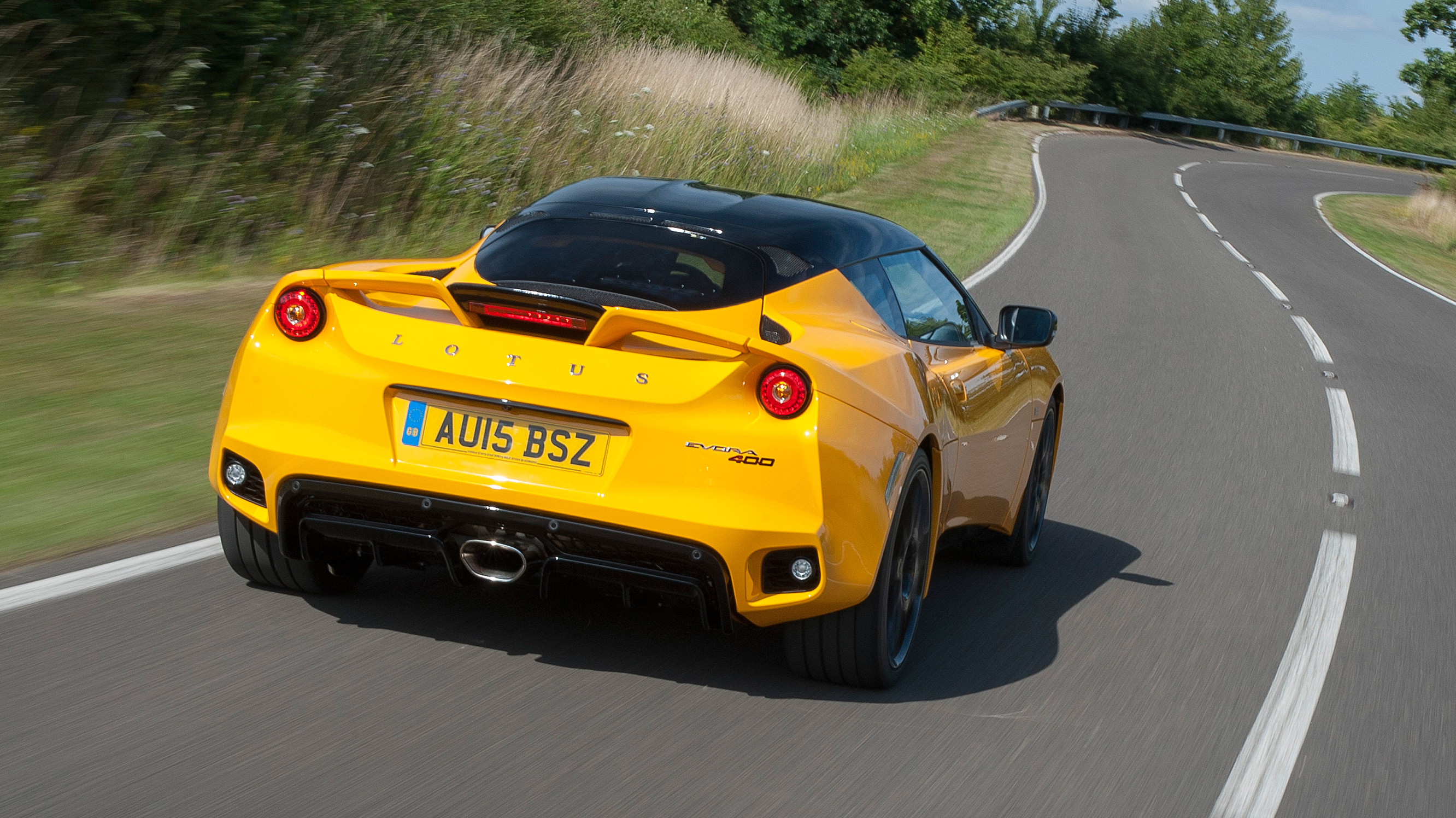 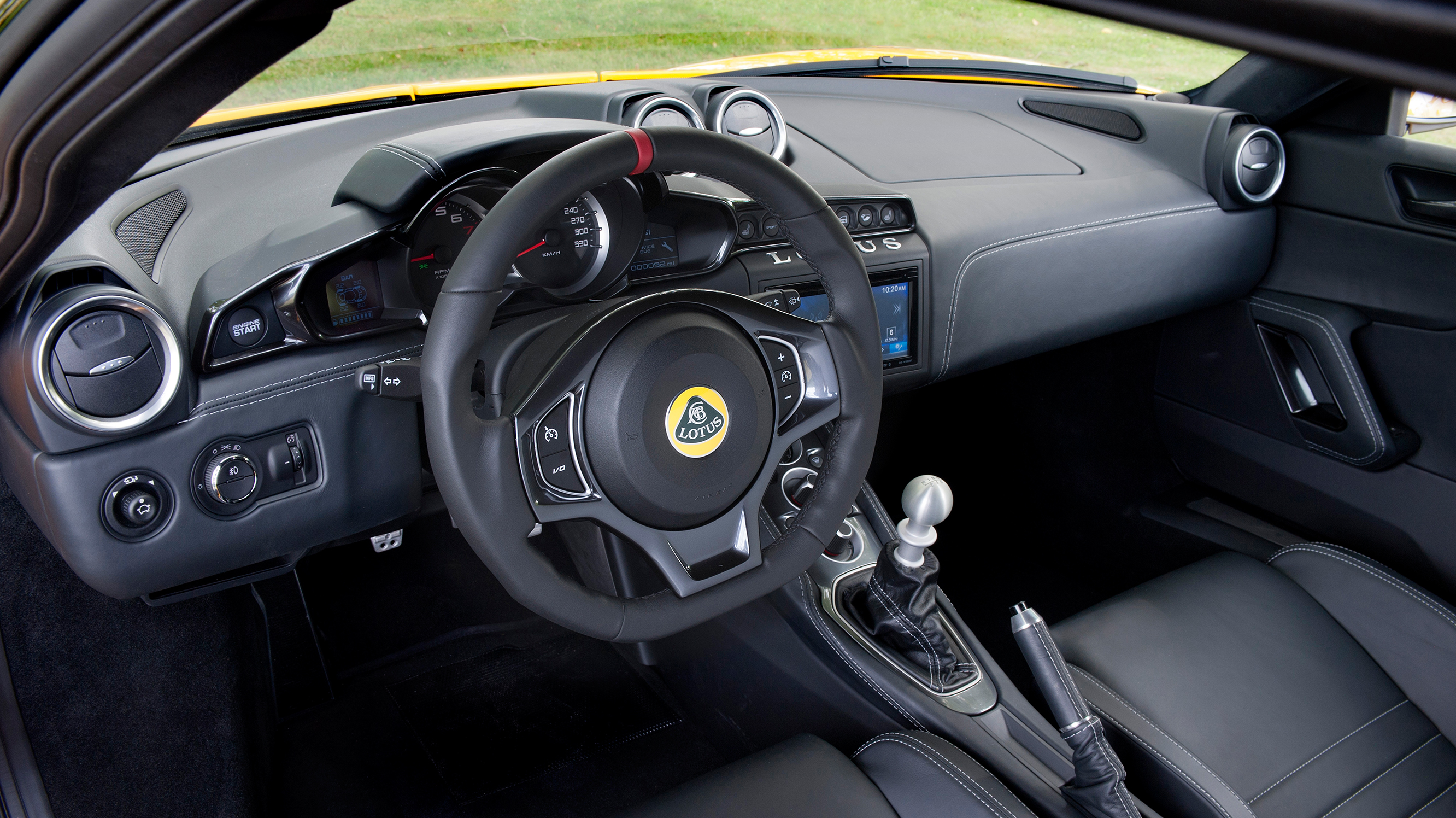 Facelift time for the Evora?

More than. It's been around for six years. But steady on: this not so much a facelift as a reincarnation. Lotus says more than two-thirds of the parts are new.

The Evora looks much the same from dead abeam, but the nose and tail are comprehensively new, and the cabin too. So is much of what's underneath.

It's the horsepower number. That's from a Toyota 3.5-litre V6 engine, which Lotus transmogrifies with its own supercharging, charge-cooling, intakes, exhaust and management. It's an ever-alert beating heart to the car.

The throttle pedal is an instant sluice-gate for a massive head of force, all across the rev range. A new fat exhaust has an opening baffle for all your stadium-filling requirements. But if you toggle a tailpipe button on the dash, it stays smoothly discreet.

Yes, with a shorter shift action than before. Mostly it's mechanically enjoyable, but it can sometimes catch you out by stiffening up and baulking. Not a deal-breaker for me.

Anyway, there's also an auto option, and that's rather good: quick in its shifts and programmed so well that even I – a habitual over-rider – found myself letting it do its own thing.

How much does it weigh?

The manual's figure is 1395kg with fuel on board, which is less than the old Evora S, despite the newfound power, and the extra cooling and braking hardware that came along with it.

Broadly, that's 911 Carrera S ballpark for the weight, the power and the +2-ness of the seating arrangements.

Around the Hethel track the Evora 400 runs at a pace unimaginable to a driver of its predecessor. It's a whole seven seconds quicker. That means the Evora 400 will actually keep up with the harsh and headbanging Exige S. 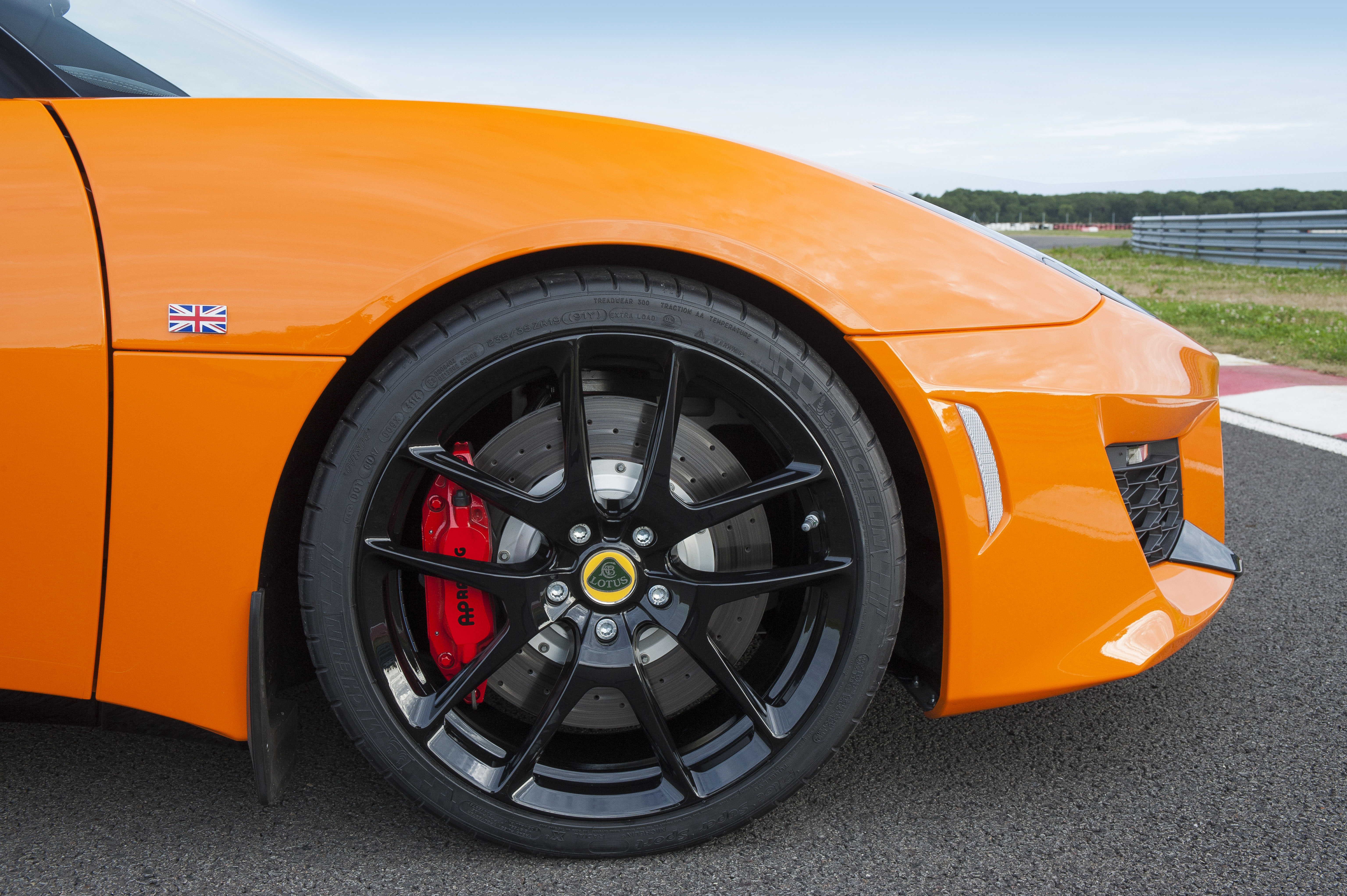 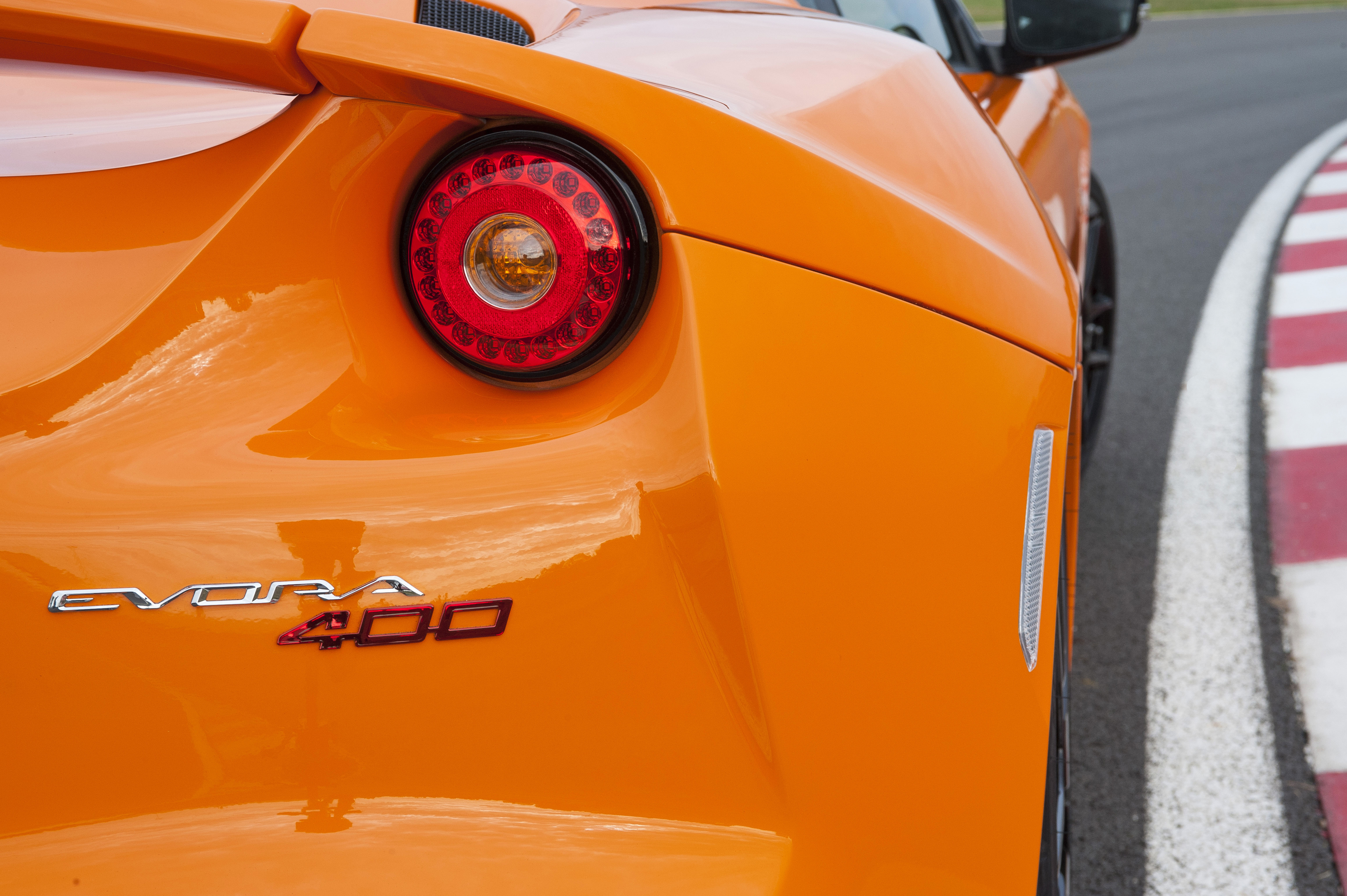 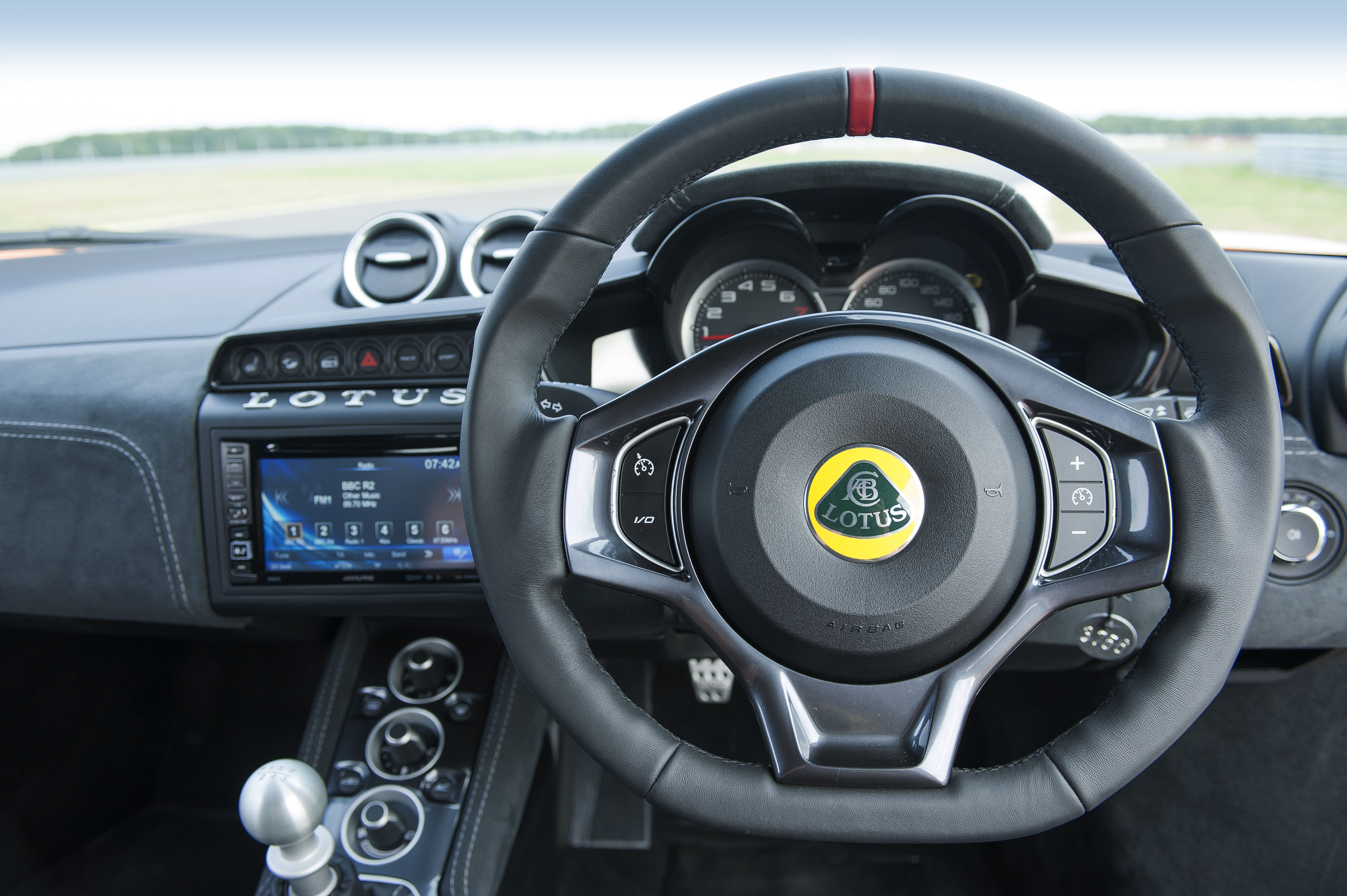 Plenty of grip then?

Not just lateral grip, although its ability to cling on is pretty spectacular. The new, bigger brakes are progressive and stout.

On the way into the bend the turn-in is dragonfly agile. Mid-corner it's all about balance and friendly tweakability that yields you bags of confidence.

Acceleration out of tight bends is supercar-quick – not just because of that power-to-weight business, but because of astounding traction, plus a traction-control system that operates at the point where the digital fades into the lyrical.

How does it work on the road?

The Evora has morphed from something charmingly delicate into a machine in a different, more serious league. Stiffer springs and dampers mean the low-speed ride is tougher. But hey, it's still more supple than most quick sports cars this side of a McLaren. And at speed, things start to breathe serenely beneath you.

The steering was once one of the most vivid systems in the whole of car-land, but now it talks slightly less of the ever-altering slip angles and tyre weighting. That's partly because its geometry has been modified to reduce kickback and tramlining, but mostly because slip angles are lower now.

Still, I honestly think this is a better steering setup than a Cayman GT4.

You're name-dropping the Cayman GT4 and the Exige S. So has the Evora become brutal and uninhabitable?

Quite the opposite. For a start, compared with the old car, the side sills have been made a lot lower and narrow, and yet no less strong.

Once inside you'll find new Sparco seats, comfy yet supportive and usefully lighter than before. New door inners give you more space.

New footwell contours, ditto (though your feet, especially in a LHD car, are offset to the centre). The new dash looks better, and is upholstered more fittingly for the £73,000 car this has become.

Perhaps most important, the switches have been re-done. In the old car they looked cheap, if you could see them at all – many were dangerously out of sight behind the steering wheel. The new arrangement of auxiliary and light switches is far more ergonomic and better-looking. New climate knobs operate a far more effective heating and a/c system.

And dare I ask about quality?

By all means. It's come on in bounds. Not just in the cabin either. The rear boot-lid, when you shut it, now feels and sounds like a boot-lid. Before it was like the top of a Tupperware sandwich box.

And ahead of it, the supercharger and engine – all machined aluminium and allen bolts and crackle paint – wink seductively through the rear glass.

Anything to complain about?

Porsches still feel more solid and more precise in some touchpoints – gearchange, door handles, column stalks. But seriously, with the new Evora you're looking at a sports car that's fabulously engaging enough to reduce those things to trivialities.

You might want a bigger boot, but you can shove stuff into the rear seats. Don't like the black roof? It's an option. This car is a looker.

Really, it's hard to find a rival. The Cayman GT4 isn't very liveable, but it's sold out. The Cayman GTS isn't so engaging. An Alfa 4C? Utterly absorbing but makes your ears bleed. And your nose.

But the Evora 400 money now gets you a 911. Hmmm. It'd be the lower-power Carrera, and we just bet you couldn't stay off the options tick-boxes. But a 911, eh? That shows the level of Lotus's ambition.