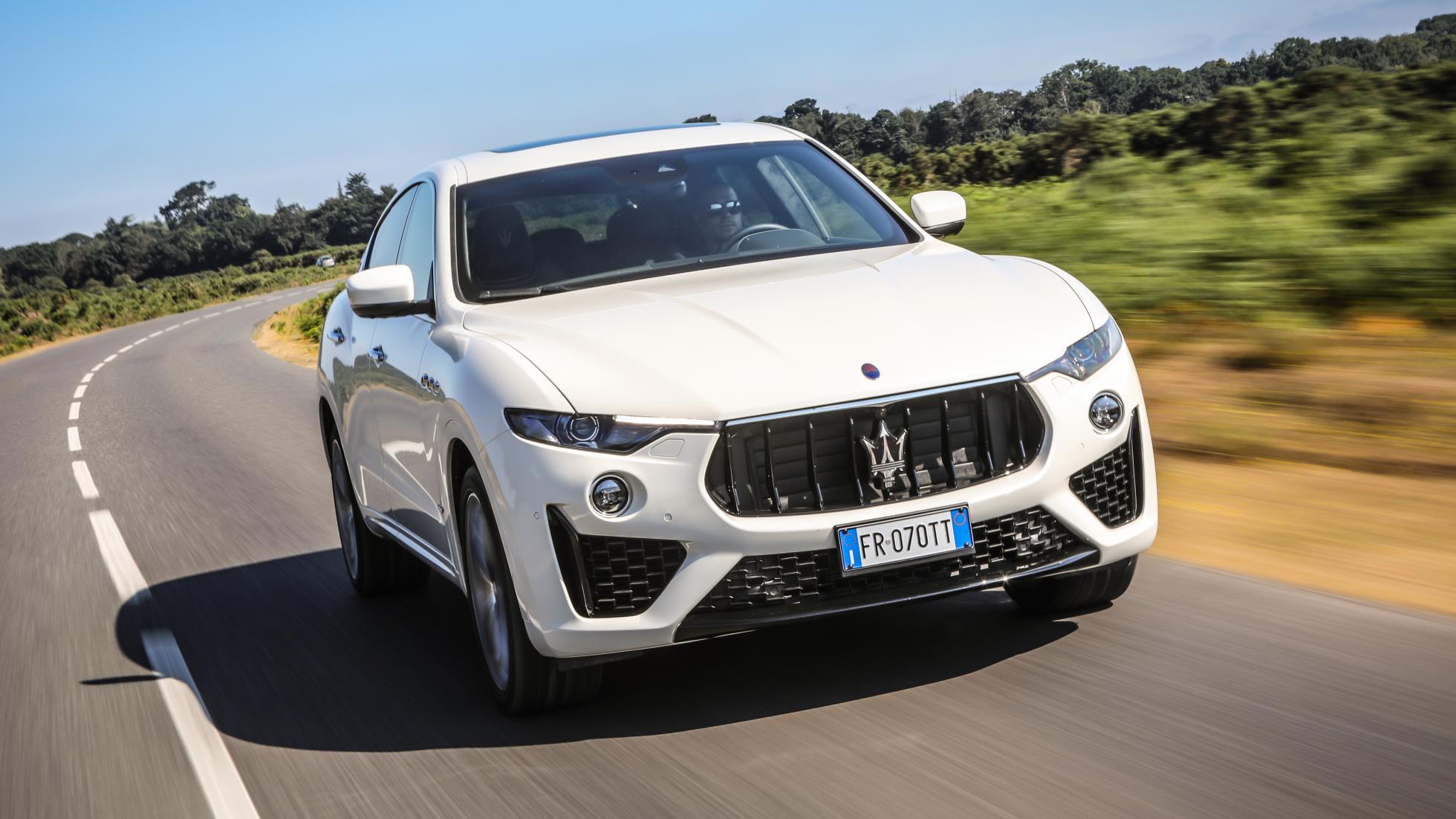 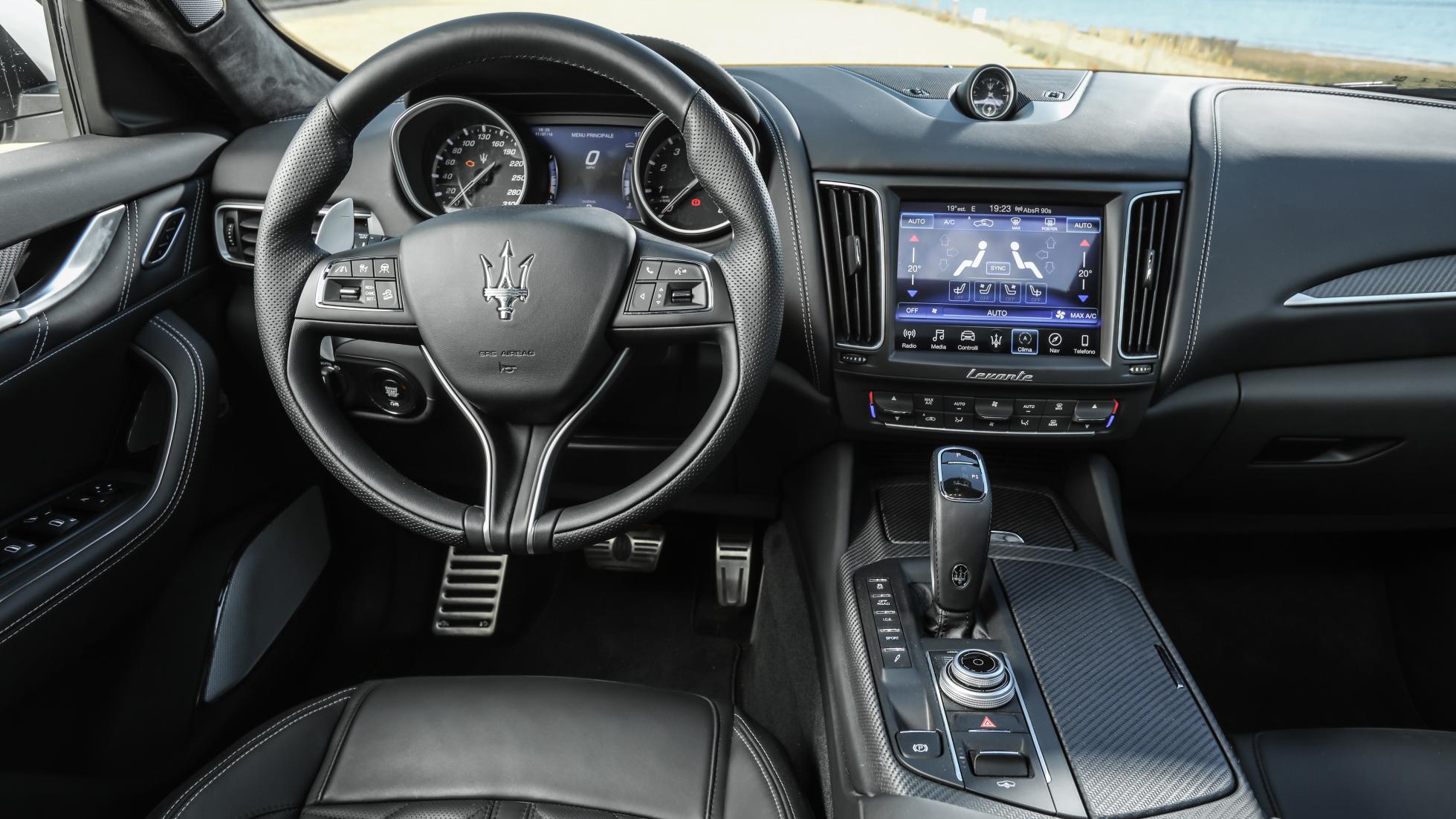 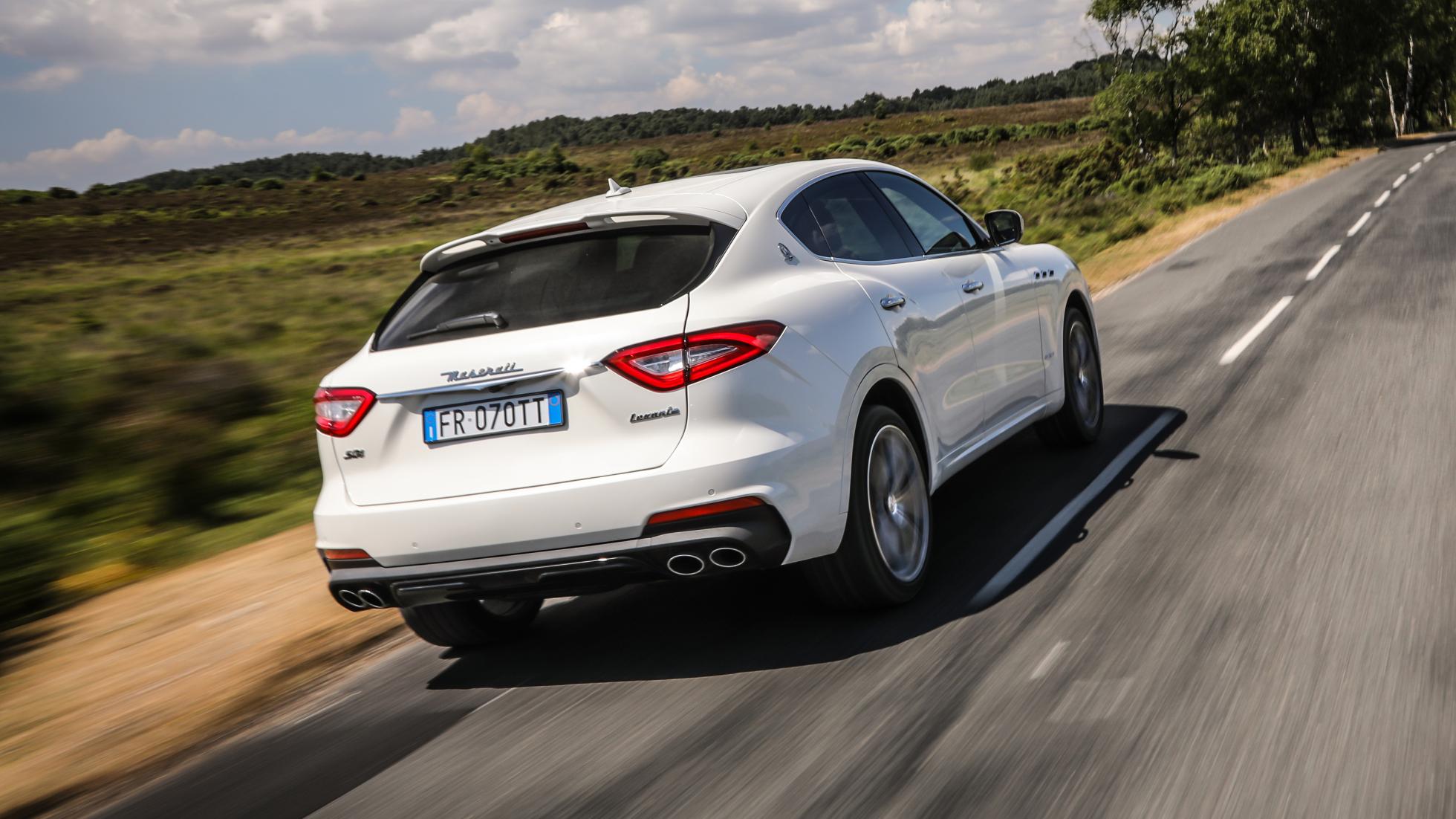 I forgot Maserati did an SUV.

Easily done. You don’t see half as many Levantes around as you do Porsche Cayennes or Range Rover Sports, after all.

It’s been on sale for a couple of years though, right? What’s new?

Aye, for about two years. And for 2019, really very little has been changed. There are new bumpers, trims, colour options…things like that. But the big thing is this new engine – a 350bhp, 369lb ft version of the same 3.0-litre petrol V6 twin-turbo you get in the Levante S.

Yeah it’s not half bad. Fast enough to bait hot hatch drivers into harmless sprints away from roundabouts that they almost always lose, or get the measure of ambitious Mercedes Sprinter drivers at sets of traffic lights. Which if you’ve spent any time driving in Britain, you’ll know is easier said than done.

It’s a good engine, as we know from past drives in the Levante S. Happy to rev, potent enough when you do so and possessing of a suitably Maserati-ish exhaust note (that gets louder when you hit the Sport button). It’s just a shame the gearing is so long, so you seldom get to hear it.

Maserati claims 22.4mpg. We’re getting around 24mpg. Not brilliant, but not far off what you’d expect from a big petrol-powered SUV.

Drive is to all four wheels through the same eight-speed ZF auto you’ll find in Jags, BMWs and so on. Shifts are quick and smooth enough. No paddles in our test car however, but a couple of awkwardly confusing buttons on the back of the steering wheel that operate the audio volume and track/radio seek.

Hell, it wouldn’t be a proper Italian car if there wasn’t at least one amusing ergonomic cock up. Thankfully, turning the stereo up when you actually want third is a mistake you’ll only make once. Or never, if you do the right thing in the first place and spec paddles in for £650.

Is it good to drive?

SUVs nowadays are bloody good, aren’t they? The Levante isn’t stand-out impressive – it’s not as taut as a Cayenne, for example – but it’s pretty agile and sharp for something that weighs 2.1 tonnes.

The standard air-suspension copes well when you start giving it something to think about, and the steering is well-weighted and accurate. The only real let-down are the brakes, which are effective but don’t have good pedal feel. But generally there’s fun to be had behind the wheel of a Levante, so long as you’re mindful of its width. Because like all full-size SUVs, it’s substantial.

On a long motorway trip it’s quiet and comfortable as you’d hope. Arguably better on a long haul than the harder-riding Cayenne.

Does that width translate to much interior space?

You’ll fit two adults in the back no problem, and three at an uncomfortable push. Boot’s not bad, but it’s compromised by the tapered rear-end, which in our eyes doesn’t look half as good as a Maserati’s ought to. Hint of Kia? Bland, anyway.

Up front there’s a well-made dashboard, a pair of comfy seats set nice and low, and an infotainment system we’re not entirely sold on. You can control it either by touch or through a rotary controller by the (redesigned) gear lever. The former is much easier, though the interface leaves something to be desired. The heated seats, for example, are always several more screen-presses away than you think they should be. And there is no physical control for them.

Prices start at £59,300 - £11K less than a Levante S, but £3K more than a Levante Diesel. Objectively it’s not the best in its class, but it’s absolutely worth a look if you want a stylish, decent-to-drive SUV and aren’t that bothered about practicality. As we said in a full five-point review, a much better all-rounder than people give it credit for.