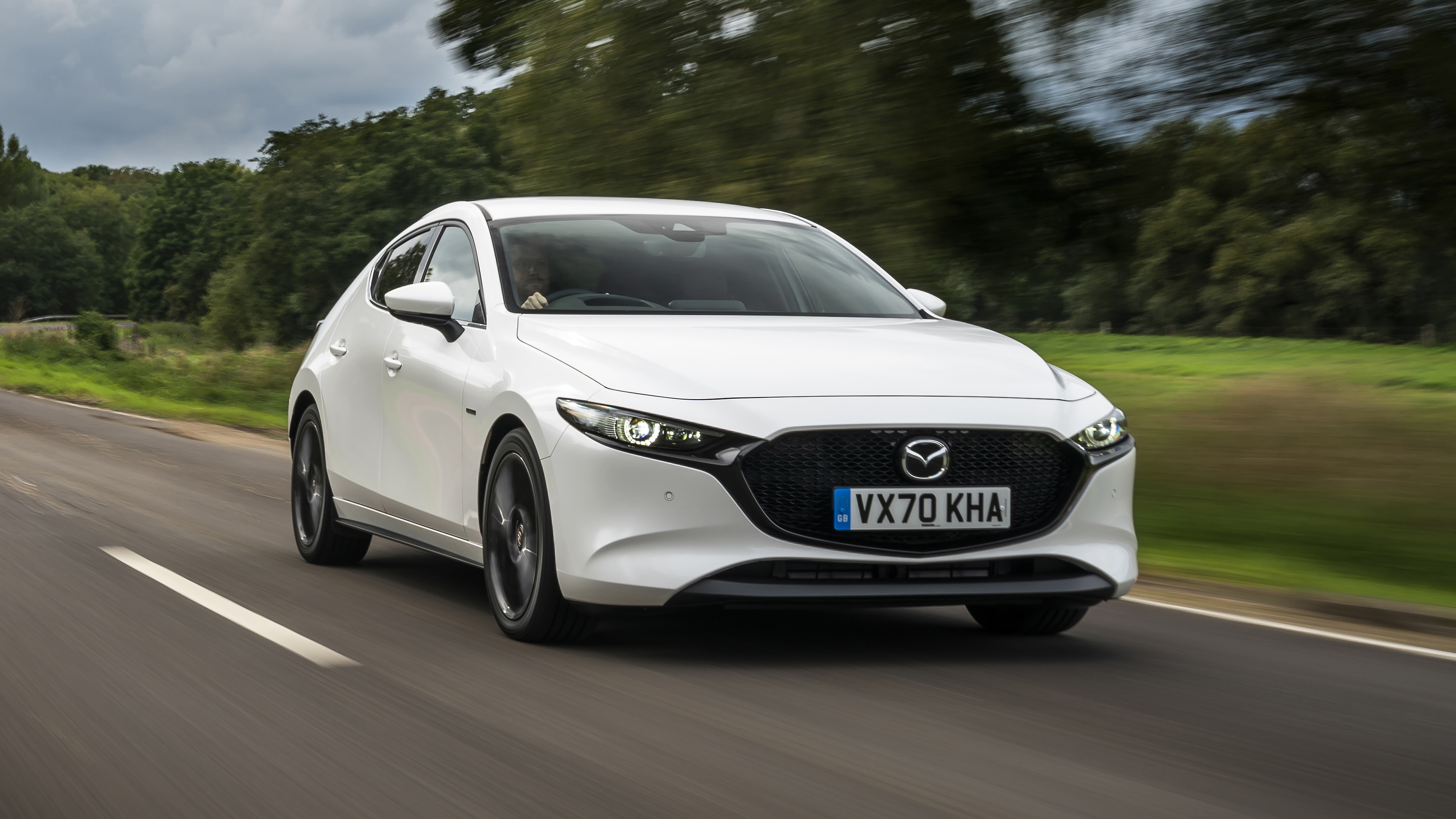 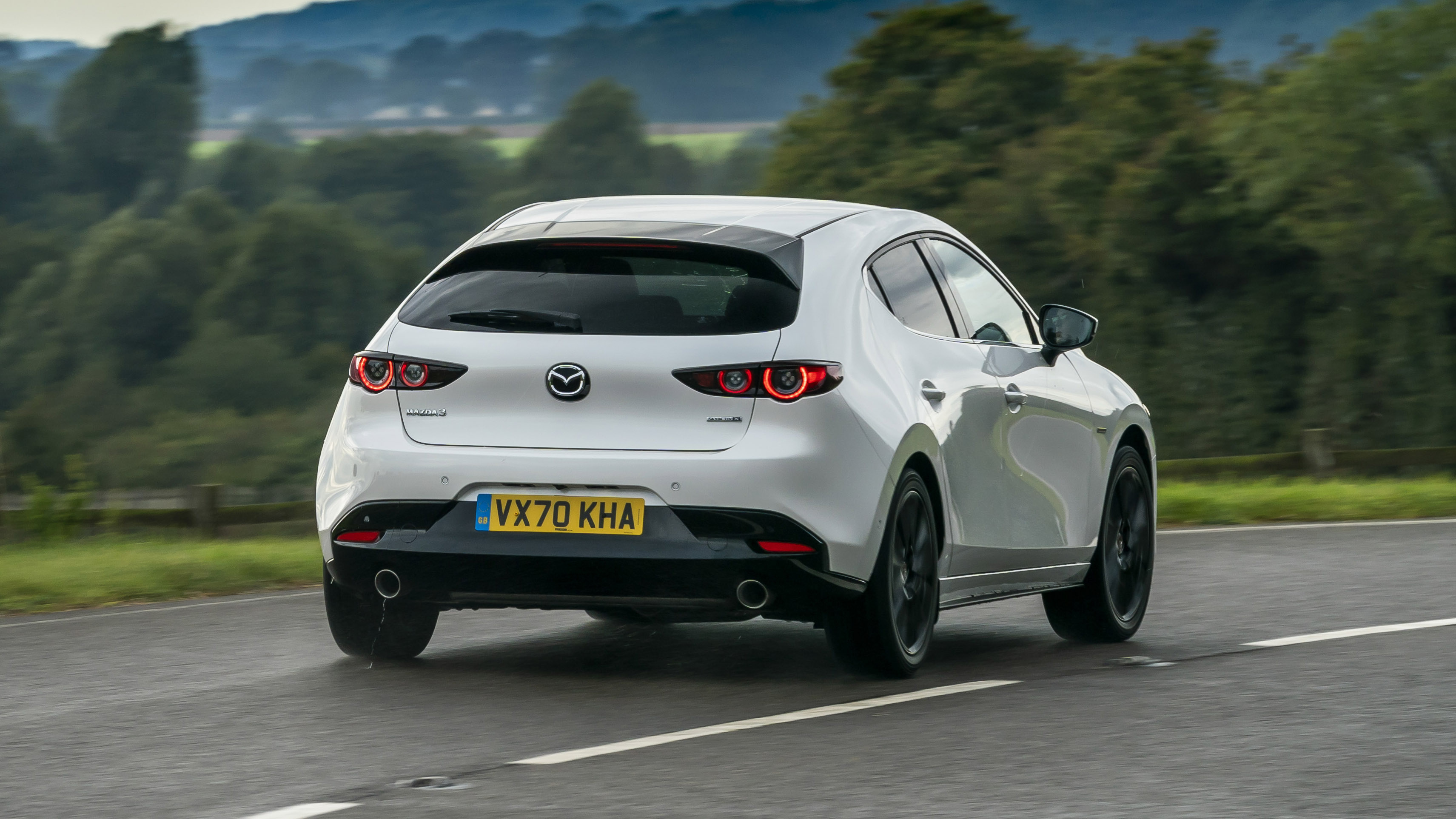 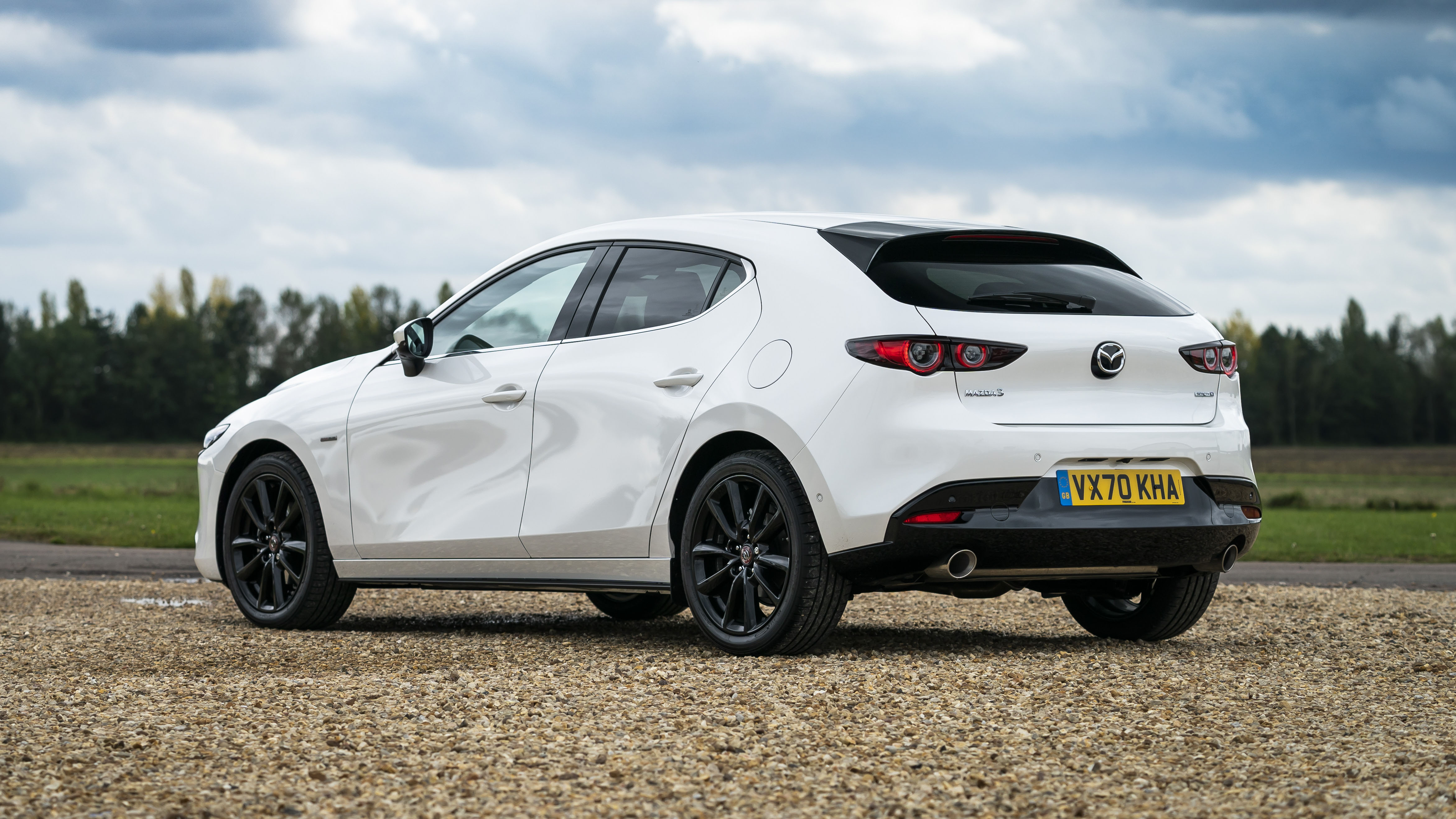 Hang on, I’m getting a strong sense of déjà vu here?

Aha – that’s hardly surprising given that we also tested Mazda’s CX-30 crossover in its 100th Anniversary trim recently. You can read that review by clicking these blue words here. As you might now have ascertained, though, this is the 3 hatch – which has been given an almost identical Birthday treatment.

But Mazda hasn’t been making cars for 100 years, has it?

It hasn’t been, no. This centenary is actually celebrating the birth of the company that would eventually become known as Mazda.

Yep, way back in 1920, Jujiro Matsuda took over the Toyo Kogyo company and its manufacturing of industrial cork. He then oversaw its shift to the production of strange three-wheeled tuk-tuks like the 1931 Mazda-Go, before a brief break to supply rifles to the Japanese military in World War II.

His company’s first production car – the Mazda R360 – was then finally launched in 1960, and the whole company adopted the Mazda moniker in 1984. Oh, and these white/burgundy special editions are inspired by the colours of the aforementioned R360. Got it?

Hang on, so what makes this different from a standard Mazda 3?

Look at the lovely colours! That bright exterior white is known as ‘Snowflake White’ and the interior is a lovely mix of burgundy for the seats and carpets, ivory on the dash and doors and black leather for the steering wheel and centre console. The colours are pretty much it, though. Well, other than some special edition badging and a ‘bespoke key presentation box’. Oh dear.

As with most special editions these days, the rest is essentially a standard 3 but with almost every option box ticked. That means the 100th Anniversary Edition will set you back £29,995 – £1,655 more than the equivalent top-spec GT Sport trim.

So it drives the same as the standard 3?

Yup, which means it drives pretty well indeed. All 100th Anniversary Edition 3s get a 178bhp/165lb ft version of Mazda’s clever Skyactiv-X engine. For those that aren’t aware, it’s essentially a 2.0-litre naturally aspirated petrol engine that uses something called ‘Spark Controlled Compression Ignition’ that allows the engine to switch between spark and compression ignition methods. That means in theory there’s the low-down torque and fuel efficiency of a diesel, whilst retaining a high-revving petrol-engine-like character.

Like in the CX-30, in the 3 the engine can sound a little gruff. There is mild-hybrid tech though, which almost acts as on over-eager stop/start so you never have to listen to the engine at the lights. We managed 41.6mpg on test – slightly better than the 40.6mpg we got in the CX-30 and only a little below the quoted WLTP figure of 48.7mpg.

As we’ve come to expect with Mazda, the manual gearbox is a joy to use with a short throw and precise action. Please spec it over the auto. If you do, 0-62mph can be dispatched in 8.2 seconds. Oh, and for all you fact fans – top speed is 134mph.

The ride is a tad firm on the 18-inch wheels of the Anniversary Edition (again similar to the CX-30), but the payoff is decent cornering ability and it seems more acceptable in the hatch compared to the crossover.

Would it be worth my money?

Well, the interior is fantastic. The driving position is nailed-on and Mazda’s clickwheel approach to infotainment continues to best more complicated touchscreen setups. There’s plenty of kit too, including a driver monitoring system, active cruise control and many collision avoidance features. Just a bit of a shame about the lack of space in the rear.

Only 100 examples of the 100th Anniversary Edition 3 will make it to the UK, so it genuinely will be quite exclusive, although just short of £30,000 is a serious amount to pay for the privilege. Stick to the standard car and spec this powertrain.