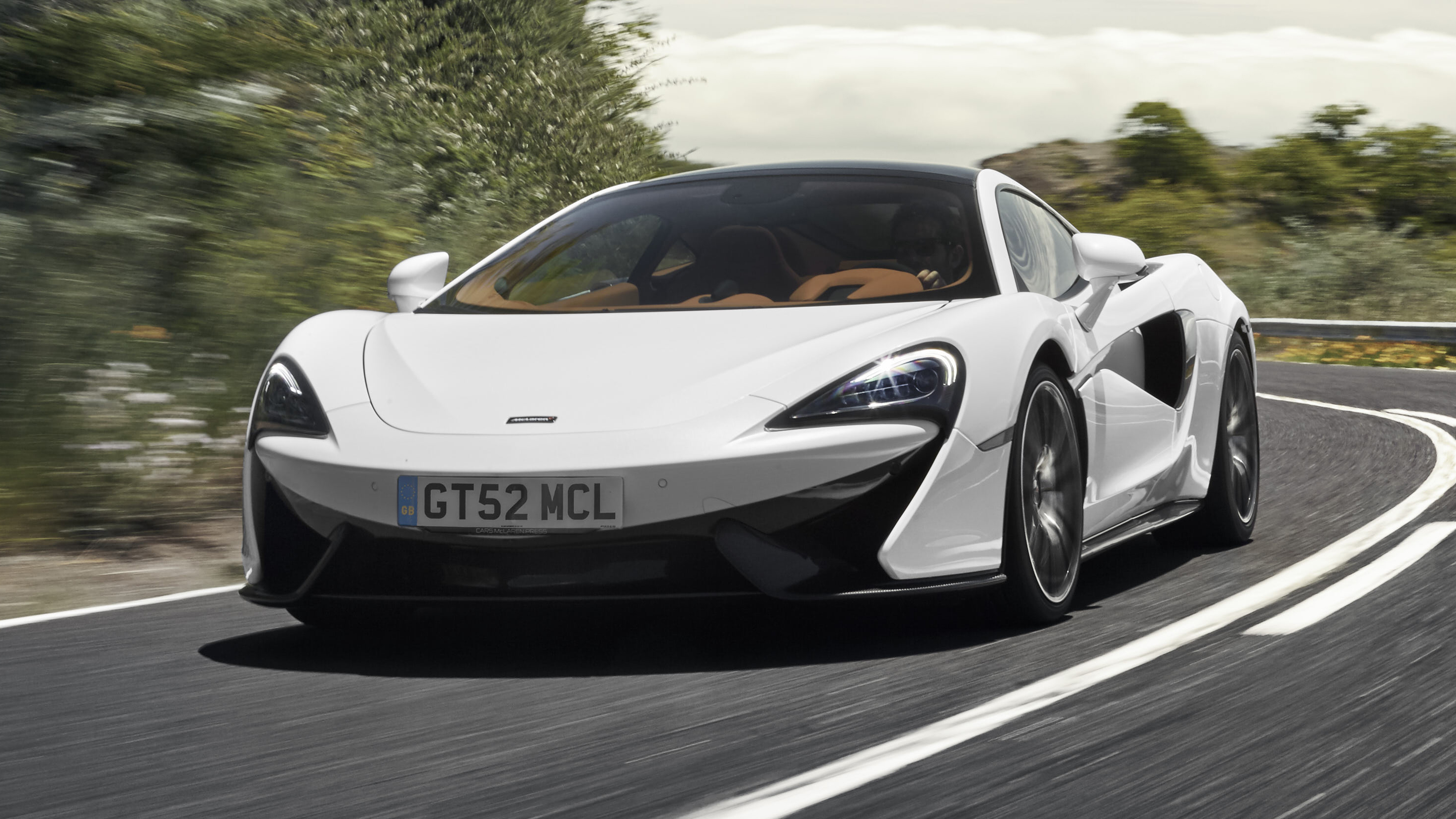 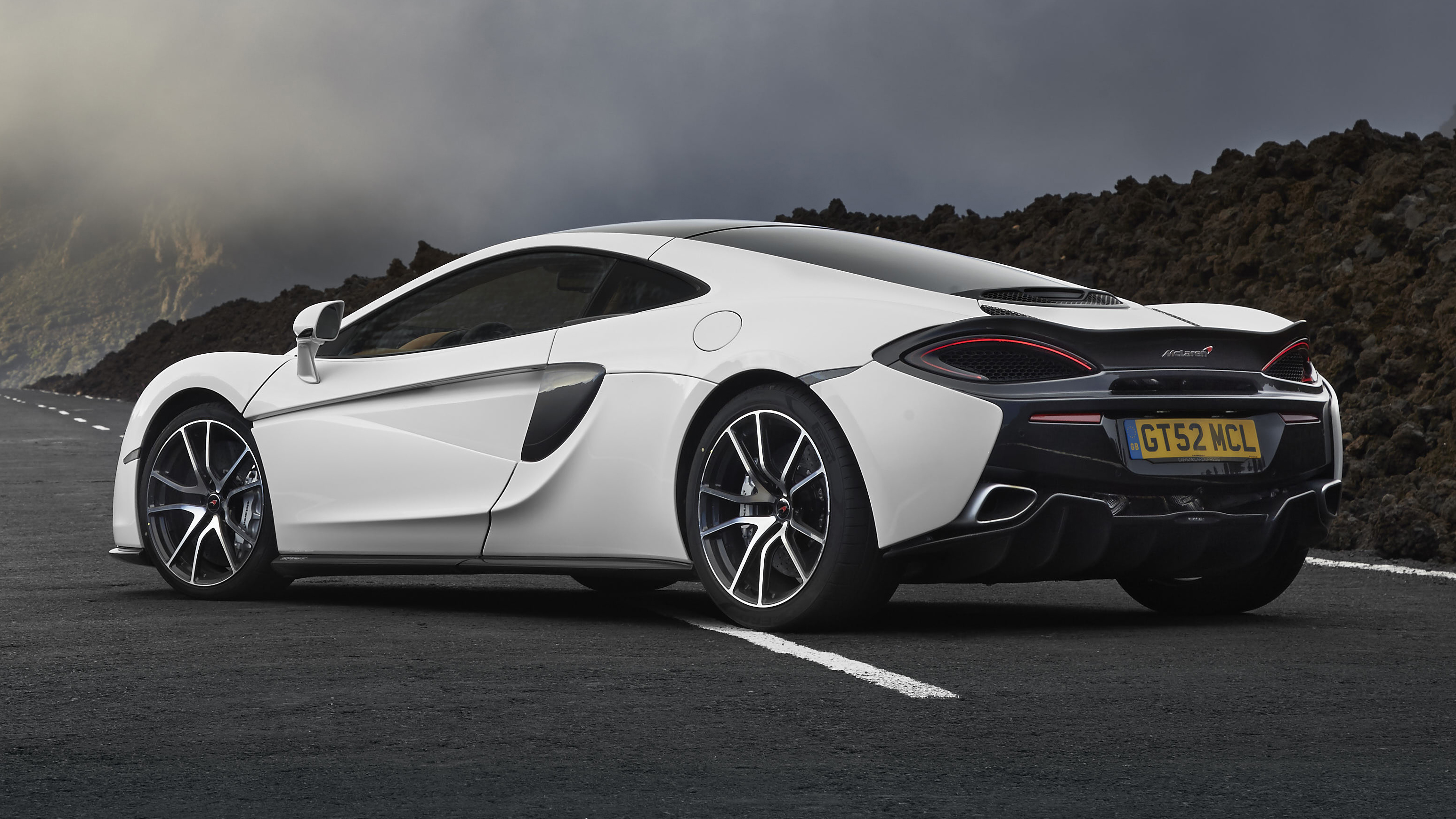 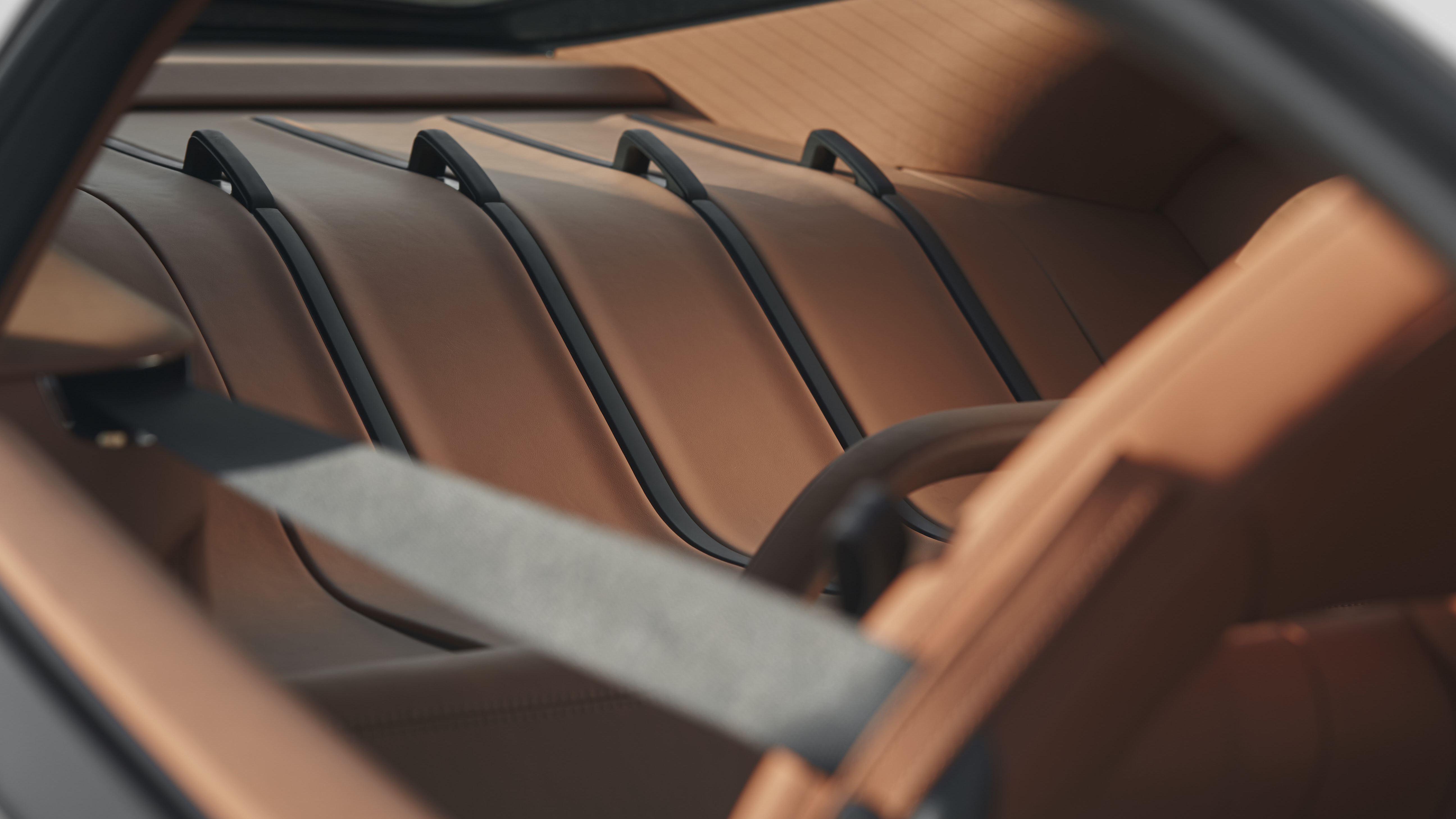 And so it should. The 570GT has been around for bit, but only now is McLaren reacting to demand for the “sharper, more precise dynamic behaviour of the 570S Coupe to be available with the GT bodystyle” with the introduction of the ‘Sport Pack’. Or so it says.

What’s that give me?

Many things. The whole point of the 570GT is that it’s a toned-down, more practical version of the 570S – just as fast (same 3.8-litre twin-turbo V8, same 562bhp, same 443lb ft of torque) but with more luggage space, marginally slower steering and retuned, less severe suspension.

But opt for the ‘Sport Pack’, and your 570GT will arrive with the same setup as a 570S. It gets the same steering rack (a whole two per cent faster than the 570GT’s), damper actuators and uprights as the S, the same Pirelli rubber (P Zero Corsas, though our test car was fitted with winter tyres) and the same software for the steering, adaptive dampers and ESC. It is, effectively, a (I think better-looking) 570S with a second boot.

Well that’s certainly the idea. But there’s a problem – and it’s not with the execution. Where Porsche offers a choice of manual or PDK gearboxes, it charges the same whichever one you choose. A 911 GT3 with a manual gearbox costs the same as one with PDK – because Porsche recognises that when there are two such options available, which one you go for is entirely personal preference.

McLaren, however, charges a £4,900 premium for the Sport Pack. That’s nearly £5k to equip a car that’s more expensive to begin with (£157K plays £149K), with bits it already has laying around. Something which costs it nothing. Bits it already fits to the cheaper car. Naughty.

So it should be a no-cost option.

Indeed it should. And one you might be tempted to go for because yes, this is the best of both worlds. The steering is crisp, direct and communicative and the ride, though firm, is well damped and beautifully composed for such a car. Were it not for the tyre roar, which gets a bit much at times, we’d gladly and regularly schlep down to Nice or up to Edinburgh in one of these. All the while doing nearly 30mpg, enjoying the superb driving position and excellent visibility (it’s all relative, remember).

But a two per cent shift in the speed of the steering and minor changes to the suspension do not a drastically different driving experience make, and truth be told to tell the difference between this and a regular GT you’d need to drive them back-to-back. For that matter, to tell the difference between the S and the GT you’d really need to drive them back-to-back, so the minutiae of how differently (or should we say similarly…) they behave and perform aren’t lost on you.

No doubt it’s on track, where you can truly exploit the 570’s amusingly accessible limits, that the difference is really felt. So if you plan on doing just that – the odd track day, perhaps – maybe the Sport Pack is for you. If you’re buying a 570 for any other reason – by all means spec the Sport Pack if you really can feel the difference and think it’s a worthwhile upgrade at £5k. But whatever you do, don’t go thinking it’s in any way necessary to make the 570 great. Because it is already that. And then some.

Must be some problems?

That said, in this particular car it’s the seats. Even if you’re narrow of hip they’re too tight. You’ll love ‘em if you fit, but if you don’t this is not a comfortable car in which to do big (or even small miles). Save an easy £5,100 and avoid. Besides, what are you doing specifying the GT – the cruiser – with one-piece carbon-backed buckets anyway? Oh and IRIS still isn’t the most user-friendly infotainment system out there – but you get used to it.