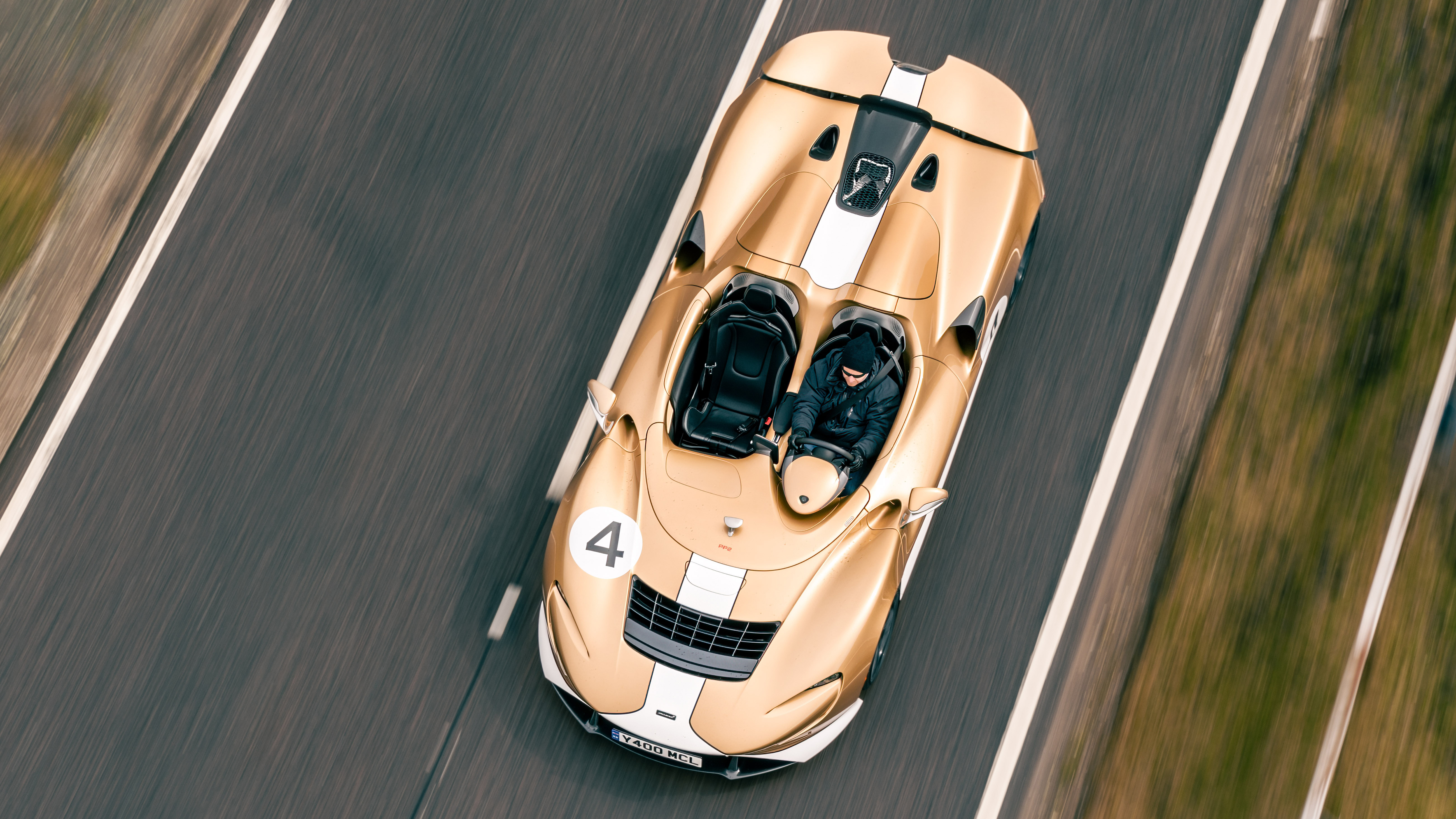 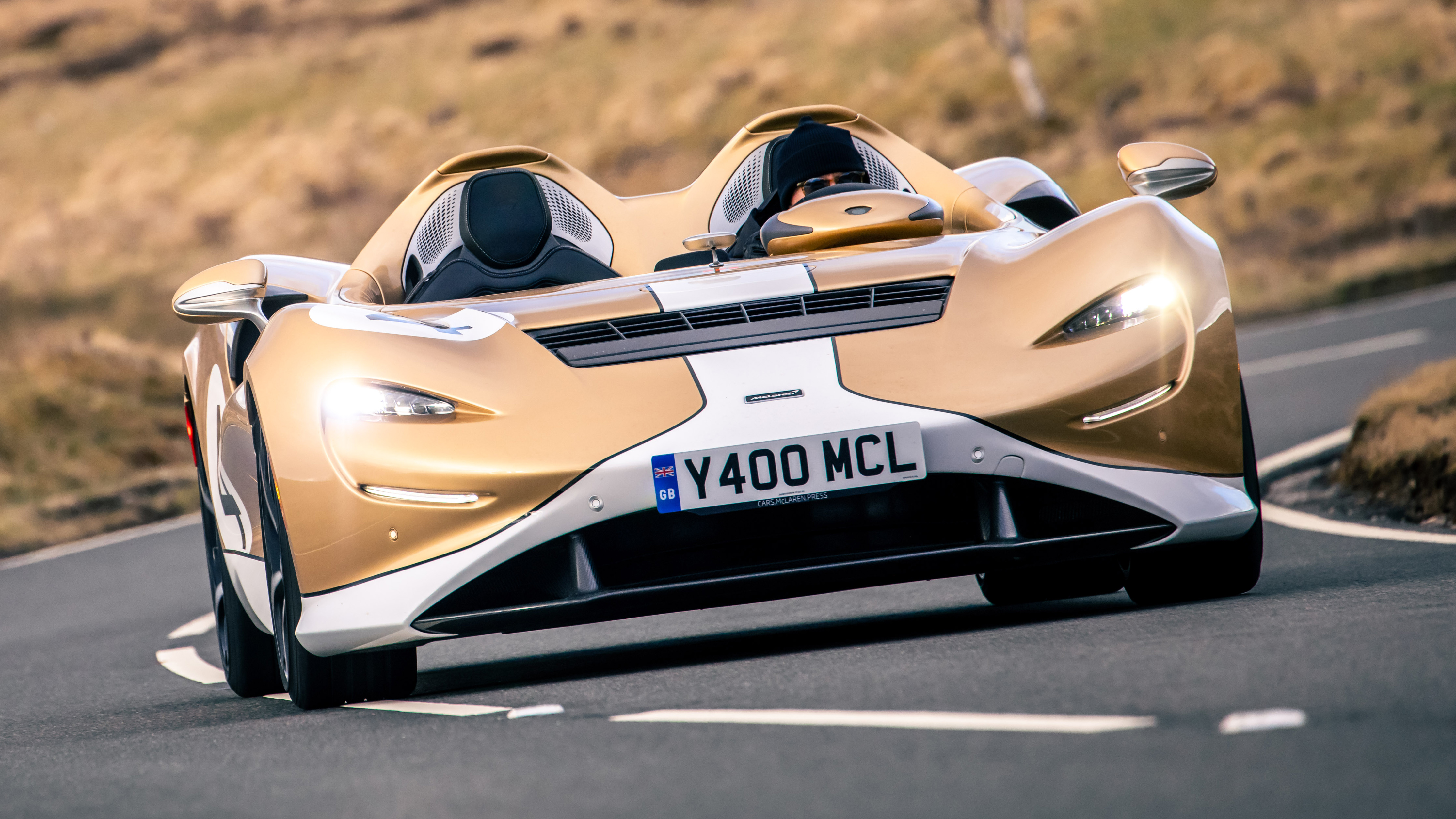 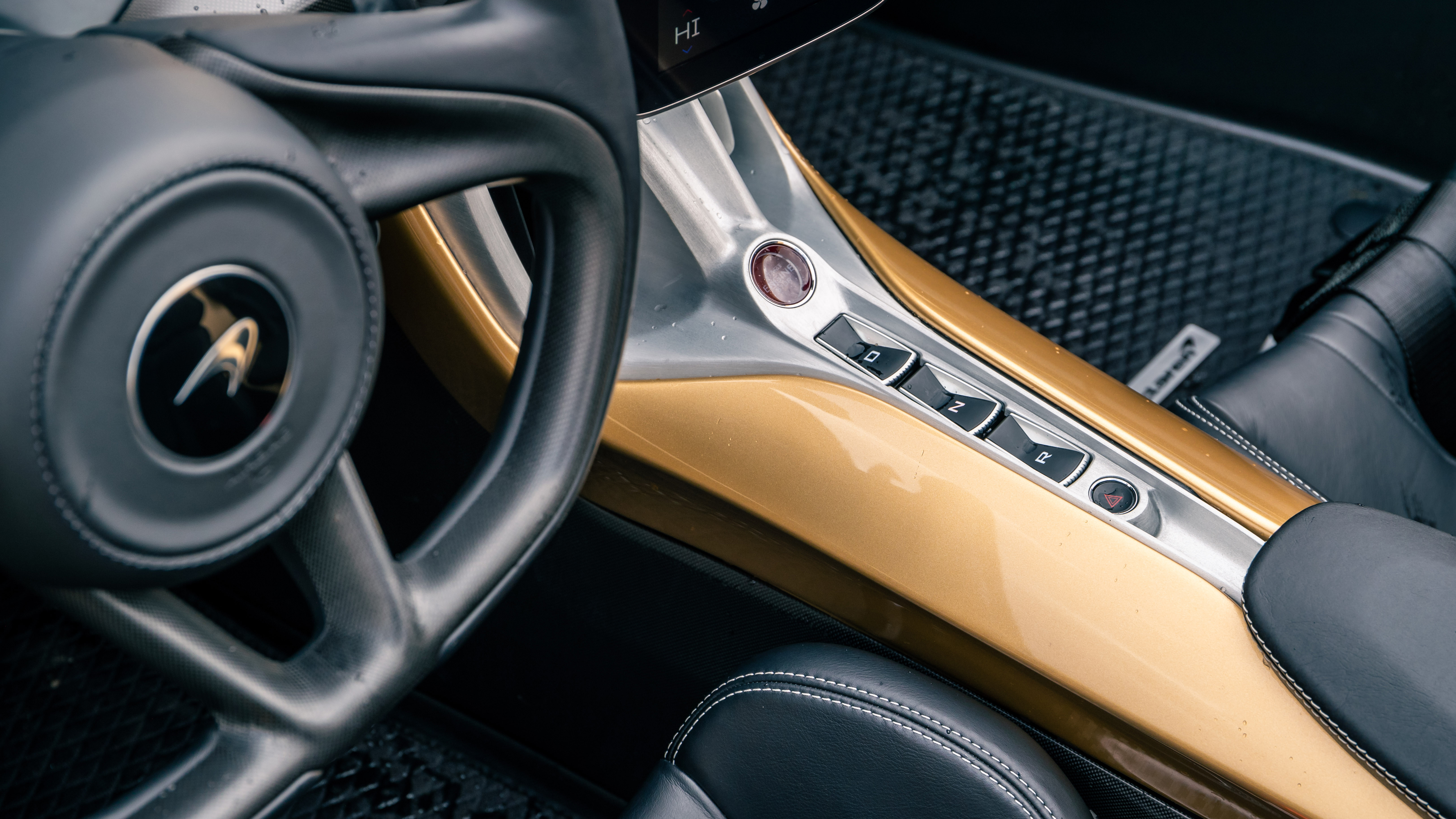 1 / 20
Advertisement
“The Elva is an acquired taste but an unbelievable experience. A showcase in cross-pollinating eccentricity and engineering in the search of speed ”

Savage speed and performance delivered in a brave new way

An expensive, flawed concept where AAMS can only do so much

In a bid to keep up with the windscreenless Joneses like the Lamborghini SC20, Ferrari Monza and Aston Martin Speedster (but following in the wake of the outlandish Aventador J, Mercedes-Benz SLR McLaren Stirling Moss from a decade ago), this is what happens when McLaren snips off a Senna’s wings and dive planes, scalps off the roof, rips out the windscreen and then throws in some mad air management and engineering to try and make all that visual hypocrisy and performance work.

It’s called the Elva (a nod to the French ’Elle Va’, meaning ’She Goes’) and to put it bluntly: it’s utterly crackers.

Officially, it’s the fifth car in McLaren’s Ultimate Series, following on from the OG F1 back in 1994 and has the demonic P1, physics-upsetting Senna and stretched Speedtail as forebears. With 804bhp, it’s the most powerful non-hybrid McLaren ever.

But it’s also the lightest since the McLaren F1, perching on the scales at 1269kg. Expensive too, costing £1,425,000. Elvas are also rare. And – weirdly – have only been getting rarer. And that’s before people have even had the chance to start crashing them.

Initially, McLaren was going to build 399. Then it announced it would actually be only 249 units. But that’s since been reduced down by another 100, to just 149 units. And they’re still not all accounted for. Given there’s plenty of money sloshing around the world currently, what gives?

Probably the fact it’s got no windscreen: a daunting (and seemingly pointless) prospect for some. But other than the lack of glass in front of your face and some tin over your head, there’s nothing that’s too unfamiliar to the McLaren fold. But again, that might be another reason they’re not all sold.

The engine is the same hairy 804bhp twin-turbo V8 as the Senna, connected to the same seven-speed gearbox, while the brakes are the same Senna sintered carbon stoppers just with lightened titanium caliper pistons – saving 1kg per corner. The suspension, which is bolted to the Senna carbon tub, is a retuned version of the sentient and very clever multi-mode, electro-hydraulic system.

There are some new bits though, notably a unique way to try and manhandle the air so you’re not wind-blasted into a skeleton on a trip to the shops. Known as the McLaren Active Air Management System (AAMS), when activated (there’s a button by your knee to turn it on and off) it raises an incongruous wind brake at the front of the car about six inches into the air to reduce the blast on the driver and passenger.

Well, that’s what it looks like. It’s actually a bit more trick than that. The system lowers a massive actuated flap that redirects the airflow ingested up front, rotates it 130 degrees on its journey through the bonnet, then spits it out over the top and around an adjustable binnacle.

It’s a clever solution but the fussiest element of the car. All those bonnet slats, vanes and that incongruous pop-up wind wall contradict the wonderfully simplistic and elegant bodywork and well-proportioned design. The elegant carbon fibre body is made from just three main panels to save weight. It’s simple, powerful and muscular – like a well-toned calf. It’s softer on the eye than its downforce obsessed sibling, Senna.

With rounded off surfacing, a pointy nose, big front wheel arches, bulging haunches and vast cooling grilles on the side and rear, it’s approachable and appealing. Especially as it’s got an acceptable ride height and footprint. As well as being a lot less fussy than its rivals from Aston Martin and Ferrari. The Elva wears its engineering and speed with confidence.

And trust us, there’s a hell of a lot of performance to uncork.

“You either get it or you don't. But this is the best Speedster around – an Ariel Atom on ecstasy ”

Driving a McLaren Senna is a tsunami for your senses. So scalping the screen off and making an Elva puts your synapses on red alert. There’s so much more going on it can be overwhelming. But not in a scary way. In an exciting way.

It’s a car full of feeling and feedback, just with utterly uncalled for and outrageous performance. It’s driving in 4D with everything cranked up to 11; you feel the environment around you, sense the chill in the air as the temperature drops, smell the impending rainstorm and hear the loss of traction from the tyres when the droplets start to fall.

Then you follow McLaren’s official advice to drive faster and outrun the rain. Which is the pinnacle of thrilling. If you’re not into motorbikes and haven’t experienced proper open-top motoring, it’s riveting.

The Elva shows McLaren at its best. By taking the seemingly stupid idea of ripping off a Senna’s windscreen and sort of engineering a way around it to make it work via the very clever (if not a little temperamental) AAMS system, this speedster not only takes the brand somewhere new but also driving as a whole. Like its rivals, it’s utterly eccentric and a purchase will more than likely be supported by ego, but unlike its rivals, a lot more thought has gone into how it should be engineered. That’s very McLaren.

The Elva is so well set-up and accomplished, it’s good to drive on a shit road in the rain. But when you go somewhere on the planet that wasn’t made on a hungover Friday afternoon, say the north of Scotland, south of France or midwest of America, it’s like driving an 800bhp, 200mph postcard.

It won’t be to everyone’s taste and that's fine. We’re just thankful that McLaren is trying something new. Something with a sense of humour and shed loads of speed. And if you can’t your head around that, so be it – there are plenty of VW Golfs in the world for you to buy.