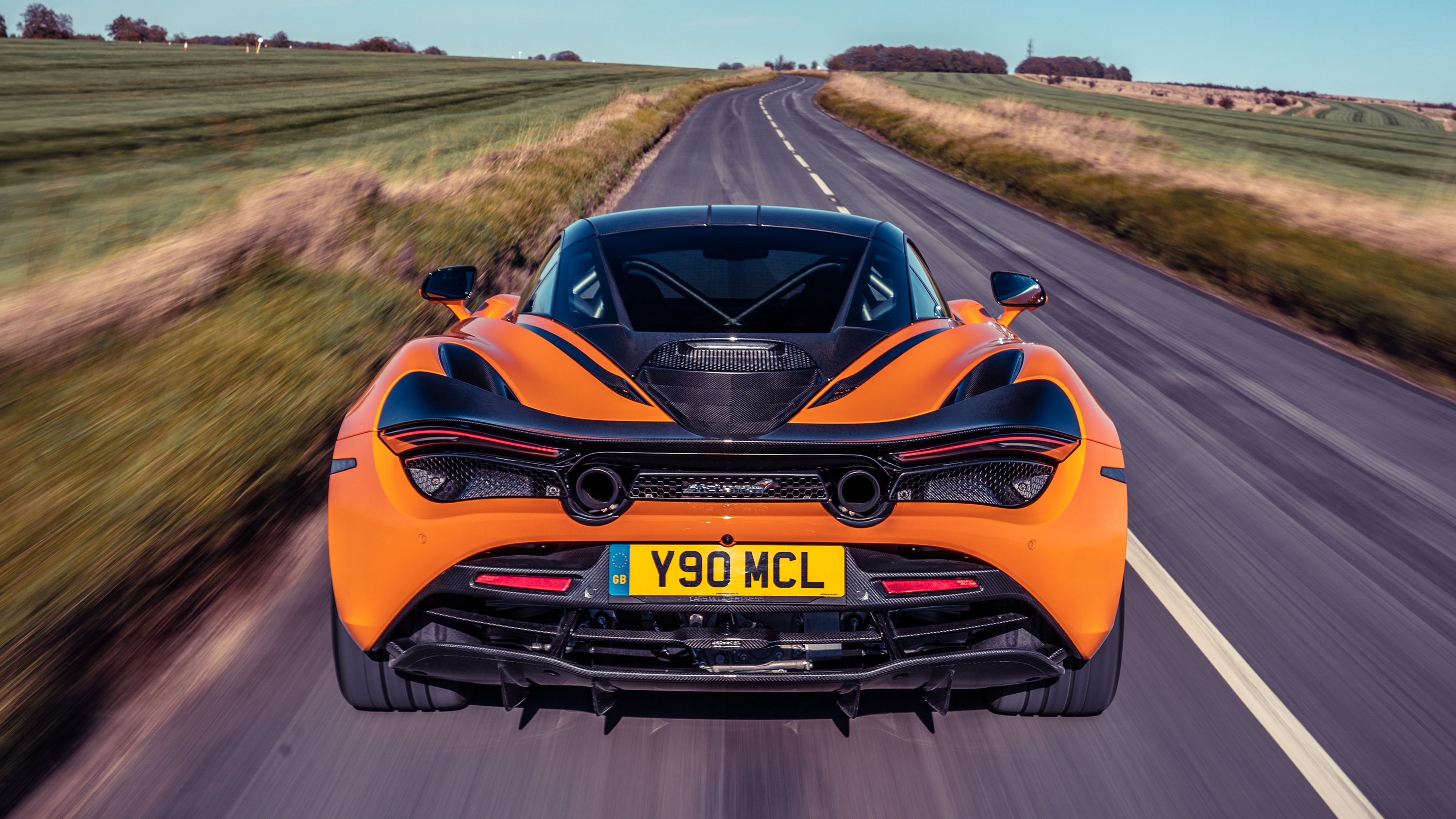 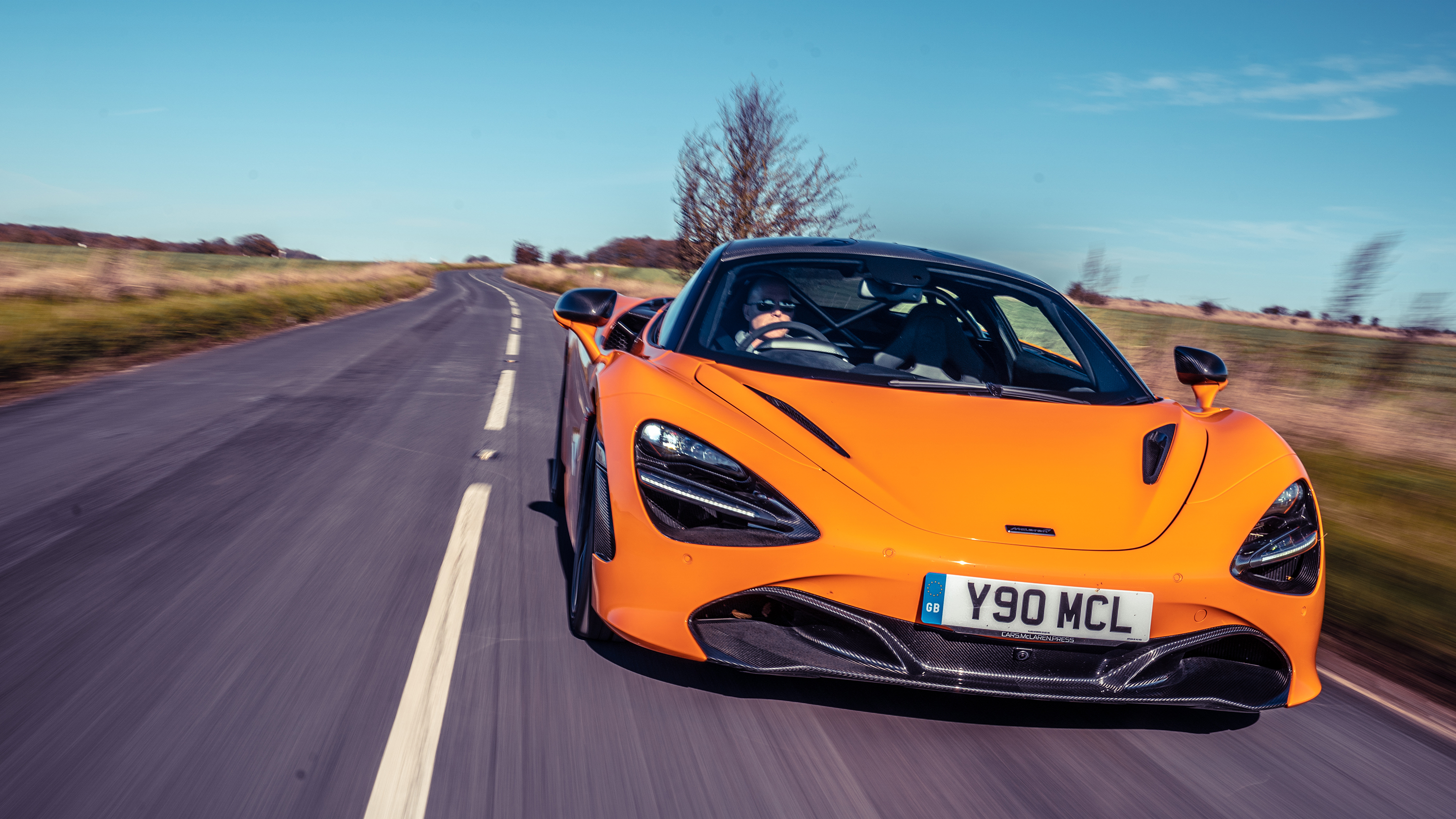 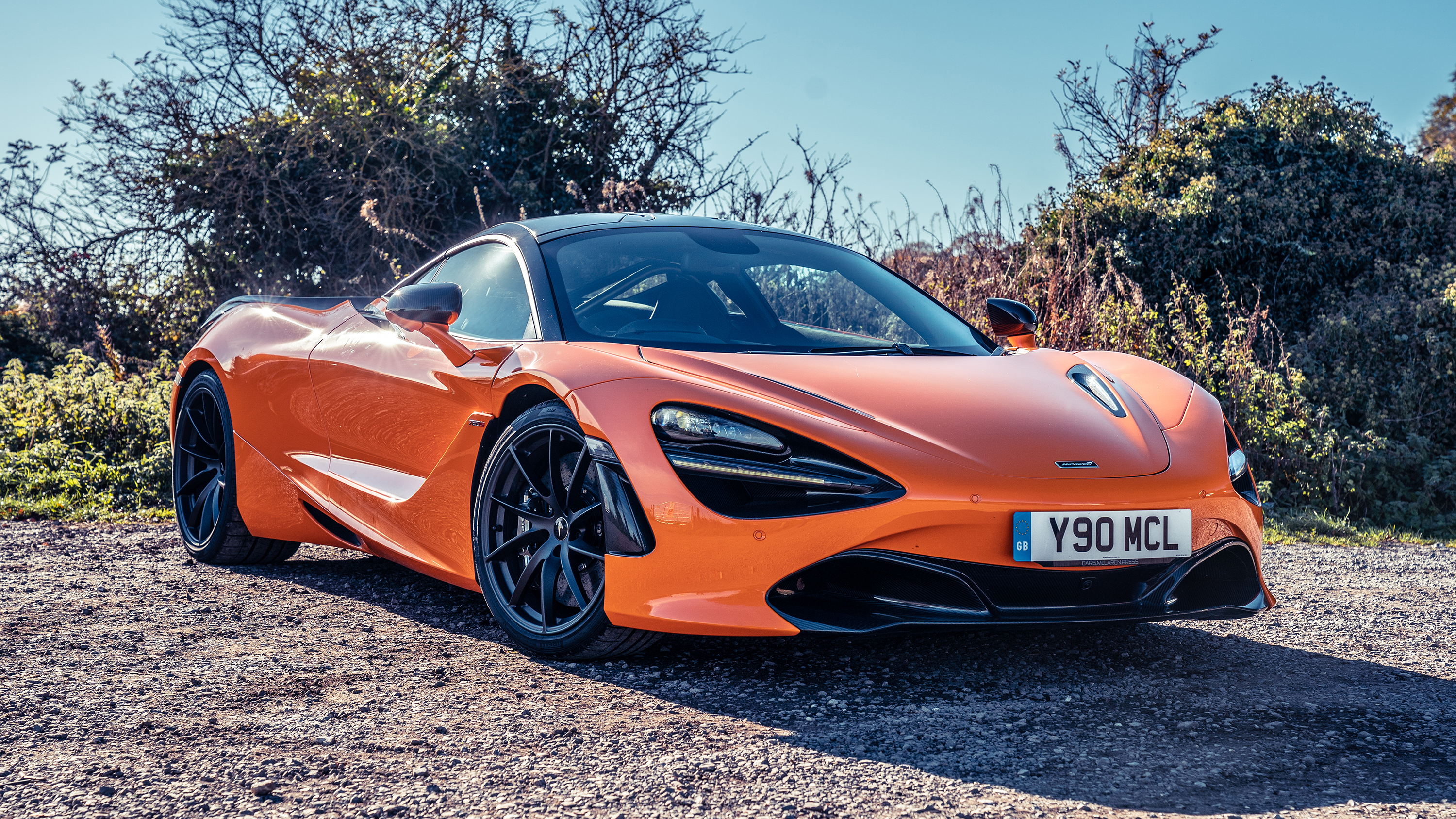 Not really. No harder. No faster.

You can now have the rear wing in carbon fibre. And rather than having to spec that individually, you can now tick a single box labelled ‘Track Pack’, which collects all the sportiest bits in one place. You might say ‘curated’ if you were being utterly pretentious.

Moving swiftly on. The Track Pack costs £28,360 and for that you get lighter forged alloy wheels, carbon fibre seats, a sports exhaust, full Track Telemetry with three cameras, an alcantara steering wheel, satin carbon fibre gear paddles, that carbon fibre spoiler, a titanium harness bar behind the seats and a pair of racing harnesses to mount to it. A Golf GTI’s worth of options.

Now, with the exception of the carbon wing, you’ve already been able to spec all these bits on your 720S. Well, provided your 720S is a Performance model. Didn’t realise the 720S came in three trim levels? Neither did we, to be fair. The standard McLaren 720S is £208,600, but you can also choose from Luxury and Performance versions.

Unsurprisingly you need the latter if you want to fit the Track Pack. So that’s £224,700 for the Performance model, plus the Track Pack, so you’re looking at a minimum outlay of £253,060. The car you see here was also laden with another £31,540 of exterior carbon, polished brake calipers and parking sensors.

Let’s not pretend that Ferrari, Lamborghini et al aren’t just as capable of charging through the nose for carbon, among other options. But especially carbon. Surely supercar carbon saturation point is going to be reached soon and carbon’s stock will plummet. Or maybe not. On the Speedtail, McLaren showed new carbon techniques – layering the weave with titanium powder to carry colour or images (really), or machining carbon blocks, leaving a wood-like pattern. Clever stuff.

Back to the 720S. It’s still a startling looking supercar. For some reason pictures struggle to do it justice, but as you move around it you’re aware of how cleverly designed it is, how neatly the door top engine intakes are integrated, how much glass there is. The ten-spoke lightweight wheels with polished brake calipers are a nice touch, too. It looks deeply purposeful. It looks fast. Heck of a lot of carbon, though.

The seats set the tone inside. Let’s just say you’re not going to be swinging your hips around. They’re snug, but comfortable. And more padded and figure-fitting than the newer, even lighter seats in the Senna and 600LT.

And the cabin is special. Light and airy, a hint of theatricality from the rotating dash display and glossy switchgear, but first impressions are dominated by the driving position. A fraction high? If you’re tall, yes. But aside from that, desperately hard to fault. The steering wheel is lovely to hold, your elbows rest comfortably on the seat flanks and the view out is wide and open, making the car easy to place. It feels small on the road.

I’d see if I could do without titanium mounting bar. It’s not because harnesses are a hassle (although they are), but because it renders the rear storage area less accessible. The rest of it I’d happily take, though.

A couple of other things worth mentioning that the 720S Super Series does better than the Sports Series cars. The nose lift isn’t buried away in a menu system, but instead sits on the end of a column stalk. It’s still slow, but at least you can now find it. And the view from the reversing camera pops up in the main dash display, not the infotainment screen, which is way more logical. The benefit of a full TFT digital display. 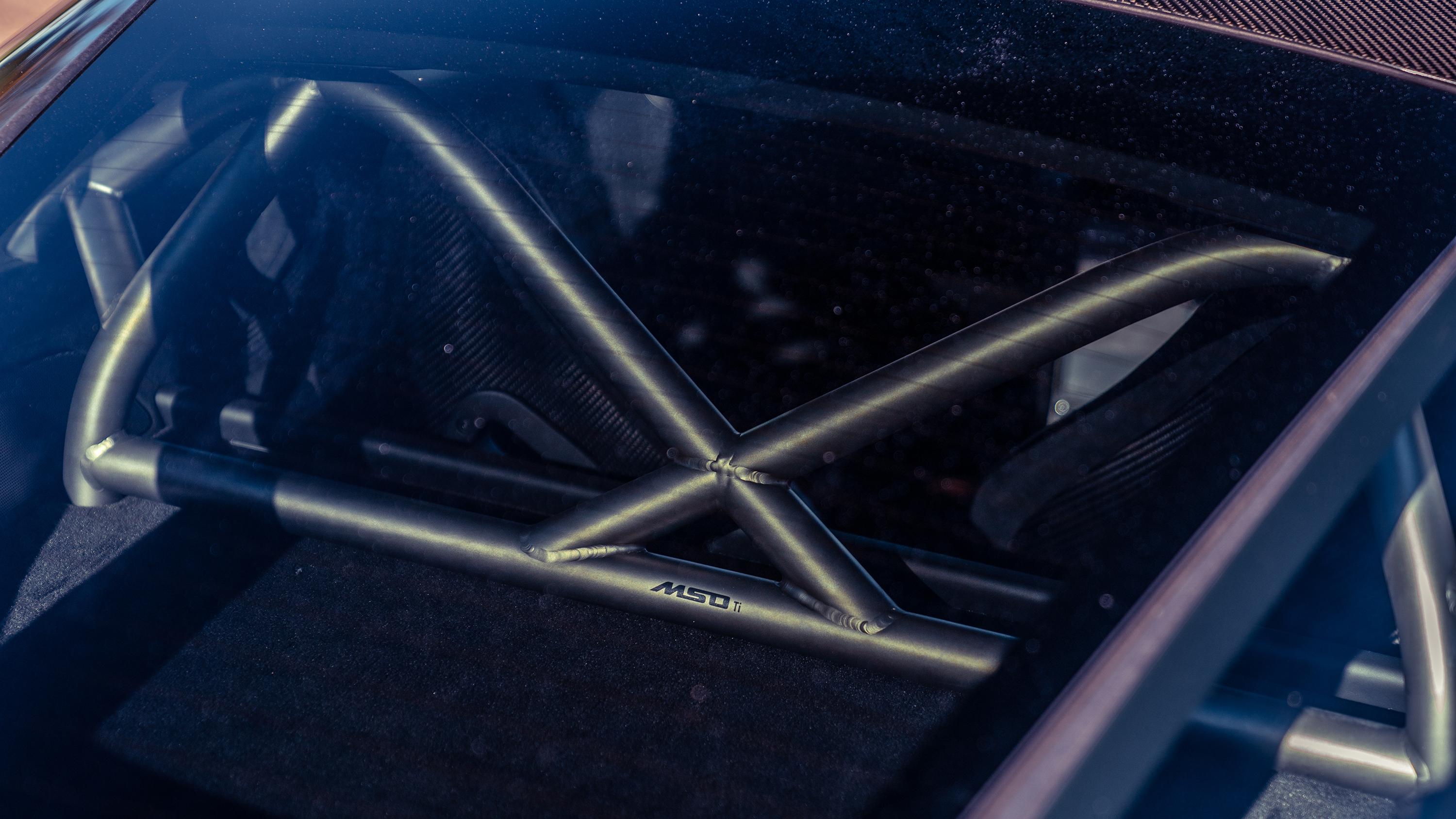 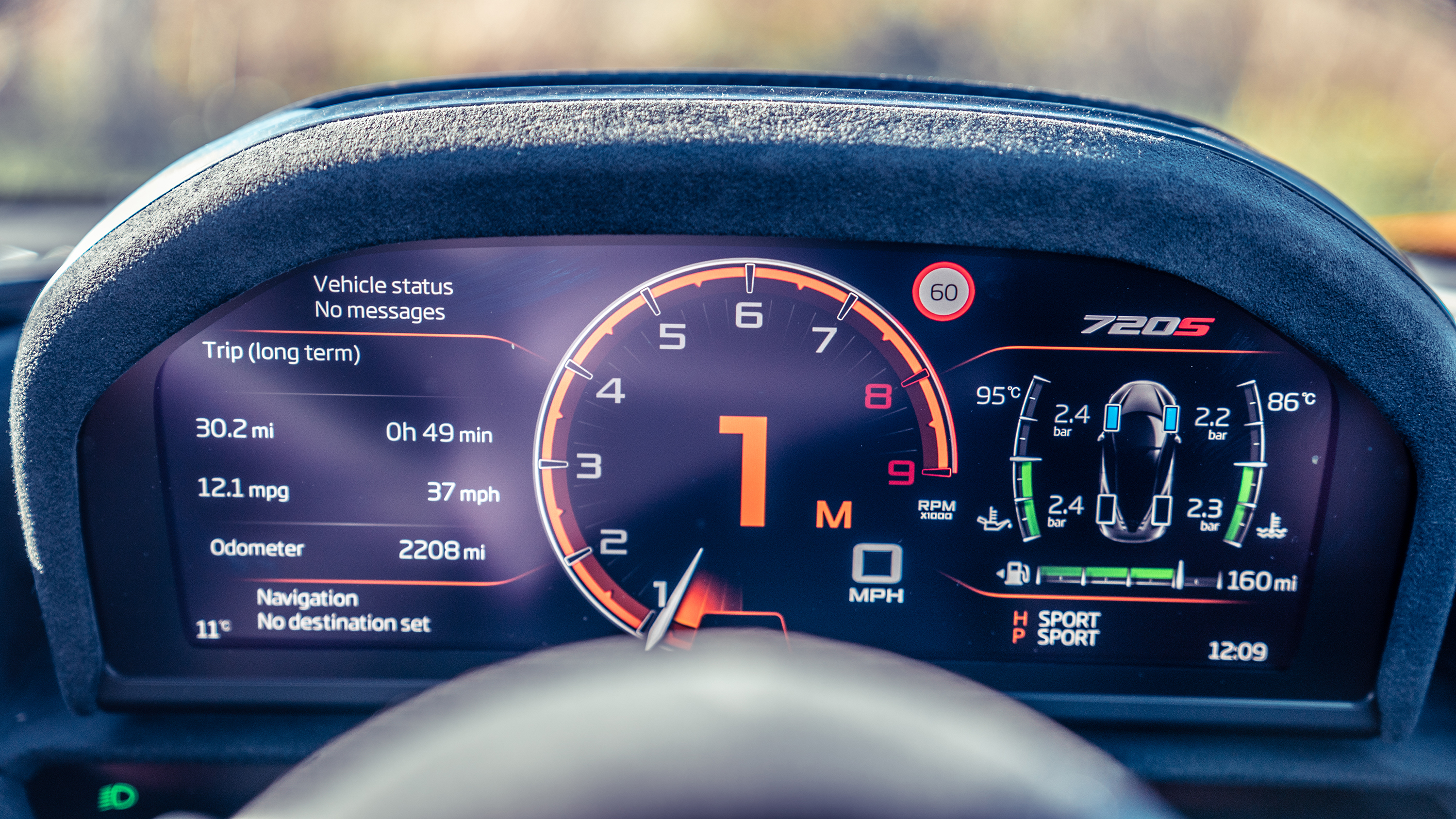 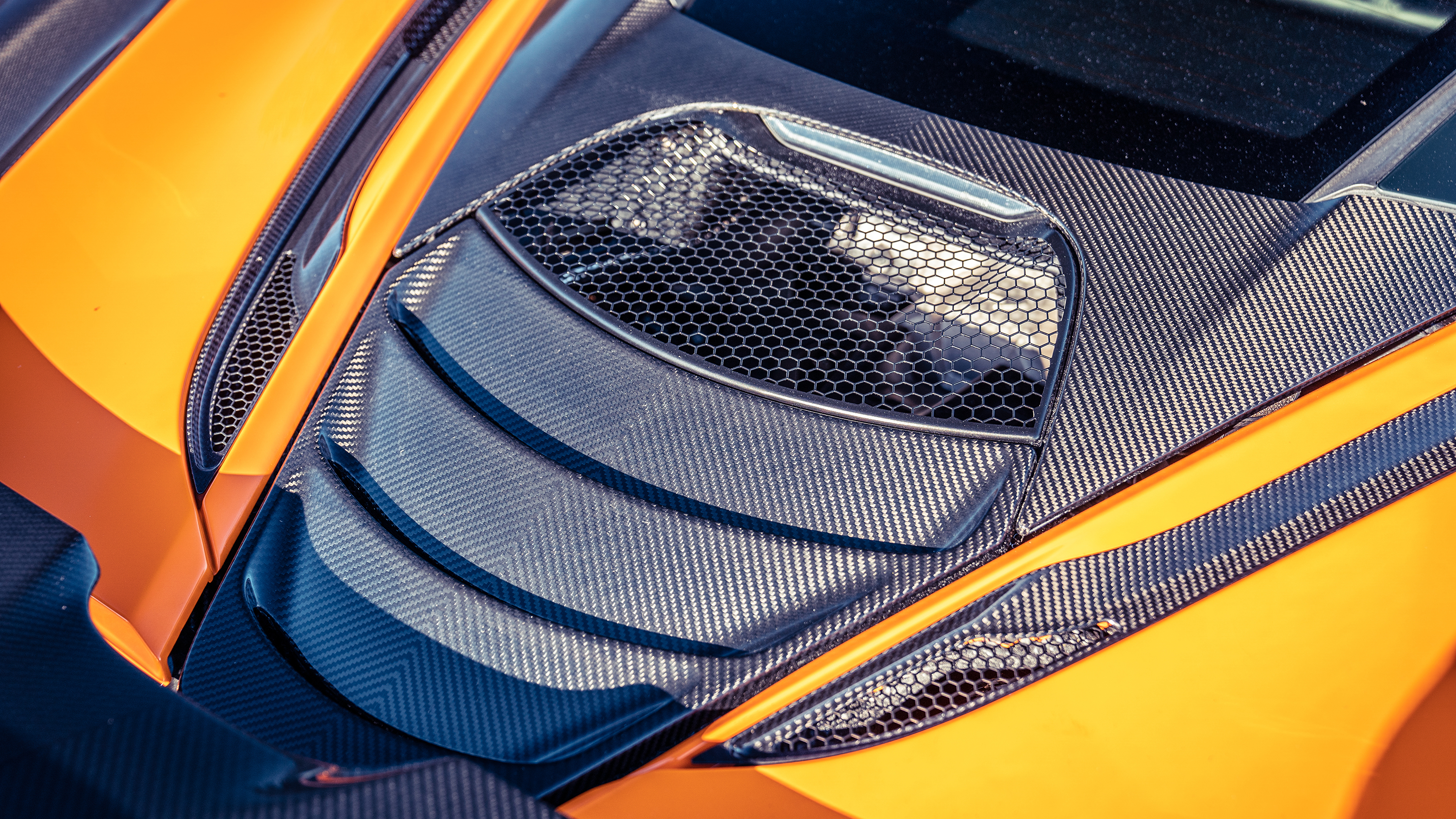 Key point: did you notice any difference in the way it drives?

Seeing as the only possible dynamic difference between standard 720S and Track Pack’d 720S is the lighter wheels, therefore less unsprung weight for the springs and dampers to deal with, no, I can’t say I did.

But I wasn’t driving them back to back. What it proved to me is that the 720S is a sharper, tauter device than my memory suggested. It’s all about the steering and suspension control, both of which are uncannily brilliant. The steering writhes with feedback, but its movements are so dextrous you don’t get spooked by sudden kickback or fight. It gives you the sense the car is flowing along. You steer it with your fingertips, barely needing to get your wrists involved and yet so much information is packed into so little movement.

The suspension is a fraction edgier, the signals coming up through your backside more abruptly delivered than those through your hands. There could be more bandwidth in the adaptive suspension which, even in ‘Comfort’, is never less than positive. Especially at low speed.

But go faster and the cross-linked damping comes alive, retaining its extraordinary ability to track straight and true. Now you can twist the Handling dial to ‘Sport’ or even ‘Track’ and although the responses are even more instantaneous, they’re never harsh. They don’t defect the car off its course.

What, even in November?

OK, that’s when things start to get less calm. Autumn in the UK is not the time of year to deploy 710bhp. Leaves are falling, everything’s damp, and you simply can’t get any heat into the P Zero Corsa tyres. I tried, I really did, but getting the tyre dash graphic to turn from blue to black (which it does when the tyres reach about 25 degrees) on all four tyres is next to impossible in 3degC ambient.

In other words, you have to be very circumspect and realise you won’t be using full throttle or high revs until sometime next spring. Something to look forward to. But even so this is one tremendously fast car. I’d forgotten how much more charismatic the 4.0-litre version of the McLaren twin-turbo V8 is than the 3.8-litre in the Sport Series cars. Throatier, naughtier, more exhaust growl, better pick up, and then this crushing torque wave from 2,500rpm where the car isn’t working remotely hard. And yet even though you pull the paddles and never get carried away, the numbers surge upwards, accompanied by an uninterrupted, dense turbo whistle.

And if you try to go harder?

Assuming the road is dry, the acceleration is bonkers. The engine flares as it loses fractional traction over bumps, the steering writhes, the rear end bunches and the whole car feels tense and compressed. The traction control can be a little over-active, but as you’ll soon prove to yourself if you choose to slacken it off into the ESP Dynamic setting, it knows what it’s doing.

At this time of year it’s no faster cross country than my BMW M5 daily driver, it really isn’t. All-wheel drive is hard to compete with. But that’s not the point. The difference isn’t the speed, but the tactility, the feel and finesse. I drove it back to back with the M5 and the McLaren made it feel like a whale. At this time of year it could do with less aggressive tyres than the Pirelli P Zero Corsas and more front end grip, but at no stage do you ever find yourself thinking that the experience you’re getting is anything less than Full Supercar.

Are there any holes in its dynamic ability?

The brake pedal needs more bite at the top end – you’re a long way into its travel before you’ve got proper stopping power. Although it is very proper once you’re into it. The engine isn’t as good a turbo unit as the one Ferrari inserts in the 488 GTB. And tyre noise takes the edge off its refinement. But this is the Track Pack version, so we shouldn’t be criticising it for such everyday concerns.

The best for you is the one you’d spec. Don’t forget, there are no dynamic differences here. But the Track Pack does suit the 720S’s already tightly focused demeanour. It’s a car that drives with astonishing accuracy, feel and vigour, and even if only cosmetically, the Track Pack does enhance that. Put it this way: I’d have mine like this. Just maybe do away with the harness bar.