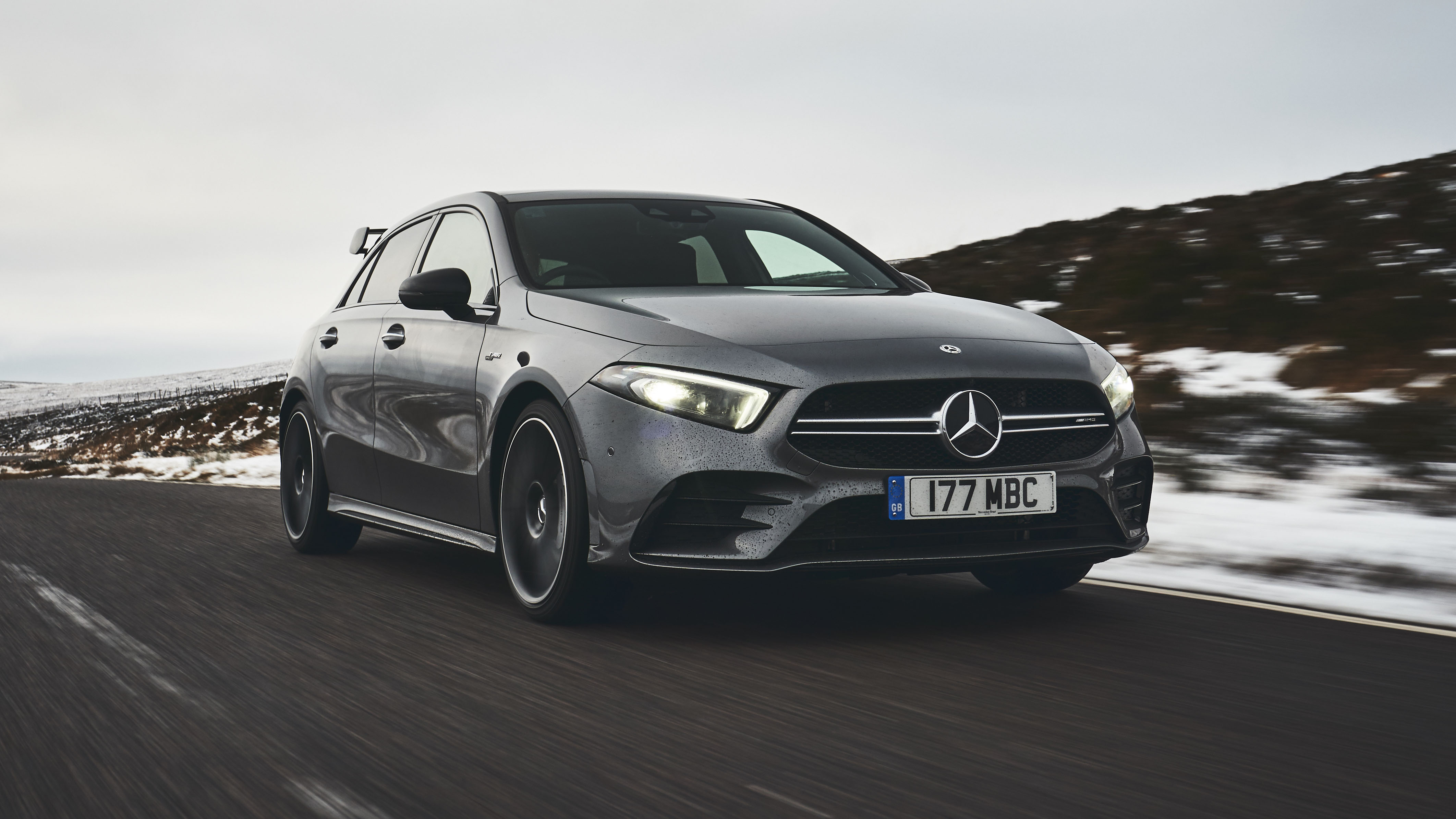 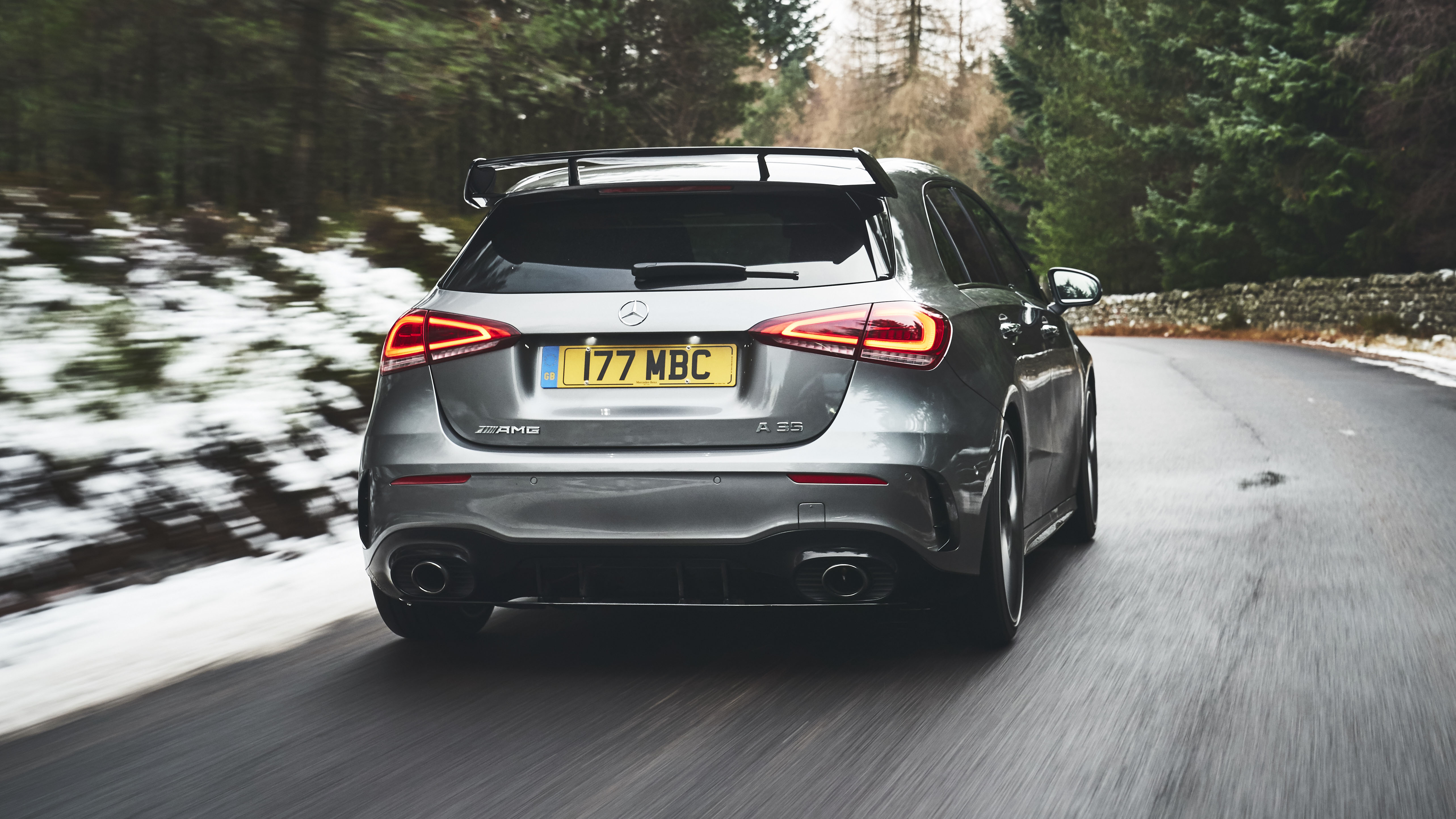 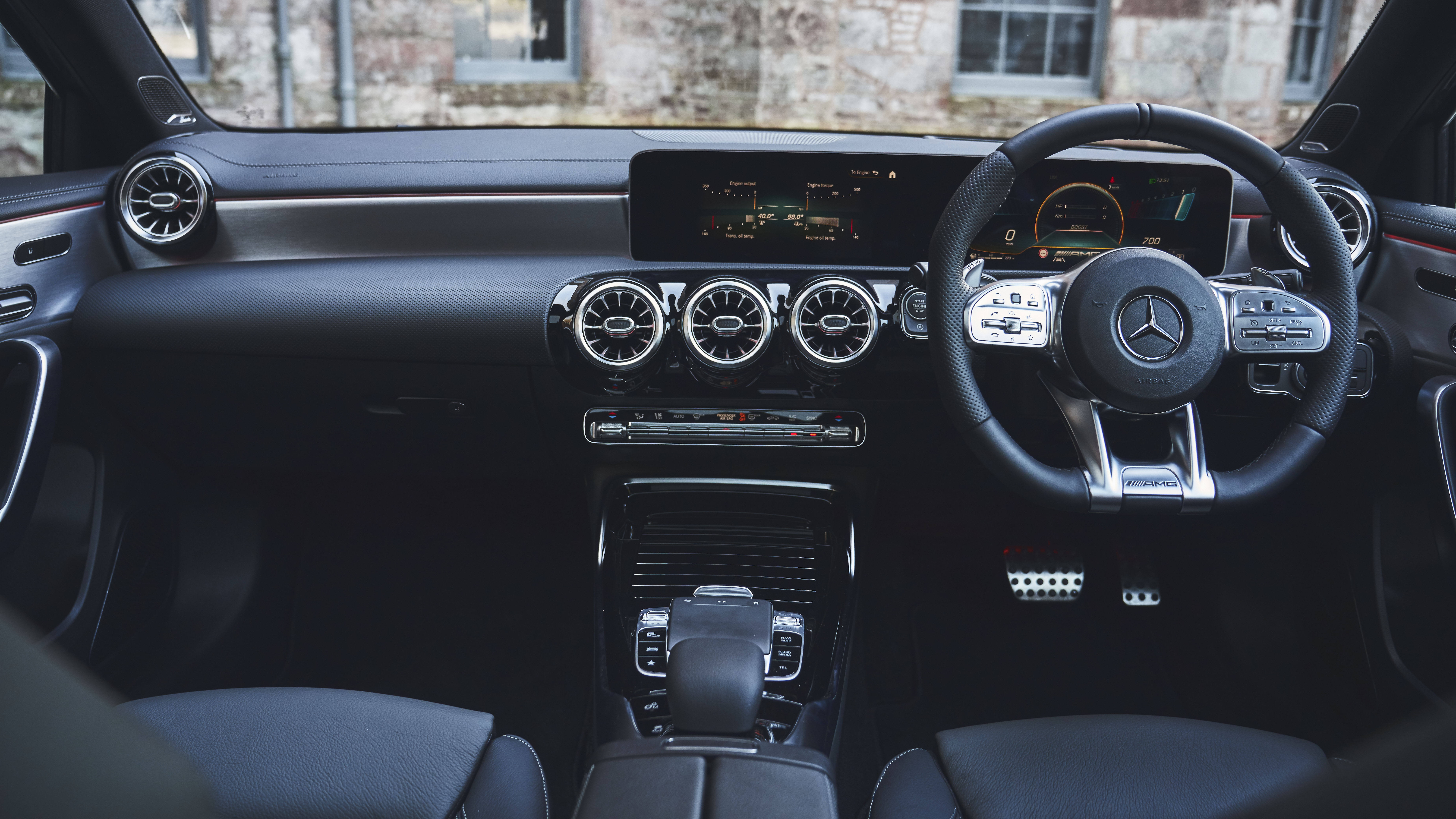 It might not be as quick as the A45, but still, 0-62 in 4.7s is hardly shabby is it? The engine is pretty keen to shake off any off-boost lethargy, summoning most of its 295lb ft from well below 3,000rpm, and then giving that full total – with only slight lag – once the needle has swung beyond that. It’s up for any trip to the red-line, albeit one that comes to a halt at only 6,000rpm – 6,500rpm if you’re in manual shift mode.

The predominant aural effect is less AMG GT and more AEG vacuum cleaner. That said, it’s smooth enough, there’s a bit of encouraging exhaust growl further back in the mix, in Sport+ mode there’s all the over-run pantomime you could wish for and upshifts pop home nicely, too.

However, as with most twin-clutch transmissions, you can trick the box into a hesitant fluff with a downchange it wasn’t expecting. But mostly it’s usefully snappy in answering either throttle requests or paddled shifts. The ratios are well-chosen too, avoiding the all-too common German-car yawning chasm between second and third. Just watch out when attempting a fast pullaway – it takes a second for the A35 to wake up and smell the throttle input. Bit lurchy.

Look at the tyres, the spec and the measures they took to adapt the chassis to AMG purposes, and as you’d expect the A35 turns out to be a precise and grippy machine. That applies through pretty well any corner and any condition. Unless you yank it unsympathetically into slow, sharp bends, it’ll turn in pretty eagerly and stay neutral as you power through, especially in the Sport setting which is keener to send drive rearwards. You’ll never run out of traction as you rocket out. It doesn’t understeer or oversteer, but instead engages both axles equally.

But it doesn’t have the AMG hooligan gene. The chassis does have some seat-of-the-pants feel, but it certainly isn’t reactive to throttle inputs. It’s secure and very quick, but it’s a bit aloof. Which paradoxically tempts you to go a bit faster that you should, just to find the involvement. The steering is sharp and accurate, making the car feel keener than perhaps it actually is.

You don’t particularly need the adaptive dampers. The standard set-up is good, although better under pressure, where it stays crisp, than at the other, where the low speed ride is a touch brittle. Tyre noise takes the edge off refinement, too. We’ll get them together at some stage, but at the moment it seems the A35 doesn’t quite have the bandwidth and dexterity of the Golf R.

If you want to be less involved, Mercedes keeps adding to its driver-assist systems. At the time of its launch the A35 has, if you tick the boxes, about the most comprehensive array of any European car. Of course it’ll pretty much steer down a motorway. More unusually it’ll adapt its cruise speed to the corners and junctions the map knows are coming up, even if they’re as tight as roundabouts (and yes, it takes them more vigorously if you’re in Sport mode). It will self-park in all manner of orientations, doing not just the steering but the braking and direction-changing.

It steers away from oncoming traffic if it thinks you’re too close. And we like this bit; the blind-spot warning finds not just vehicles but bicycles. Trouble is, these have all sorts of subtle, sometimes counterintuitive and hard-to-learn conditions for activation and over-ride. Their technology is dazzling and their intent noble. But it often feels like the car has a mind, and a perverse mind at that, of its own.