Read why you can trust our independent reviews
Top Gear Team
Published: 24 Aug 2022
Skip 13 photos in the image carousel and continue reading 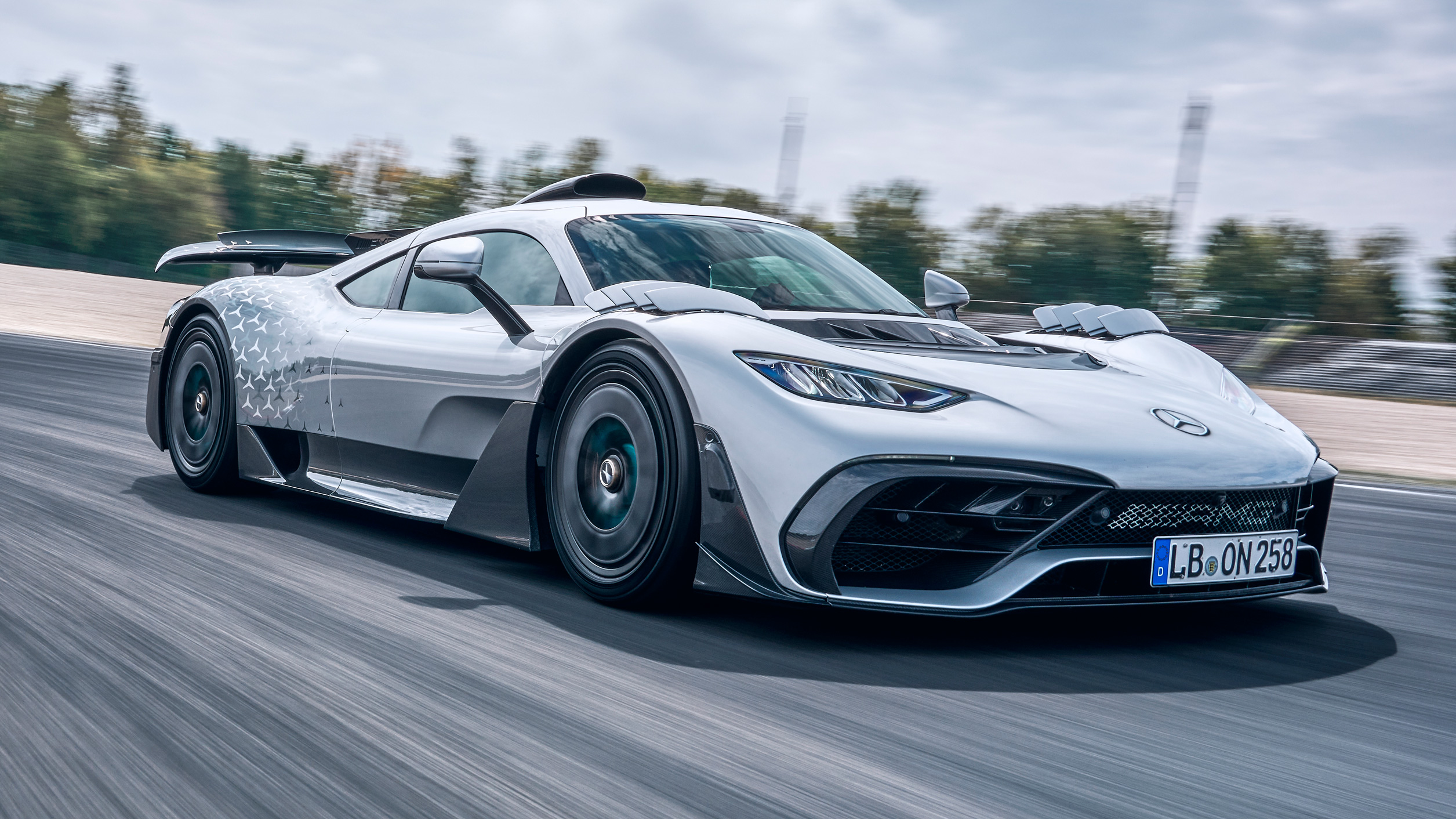 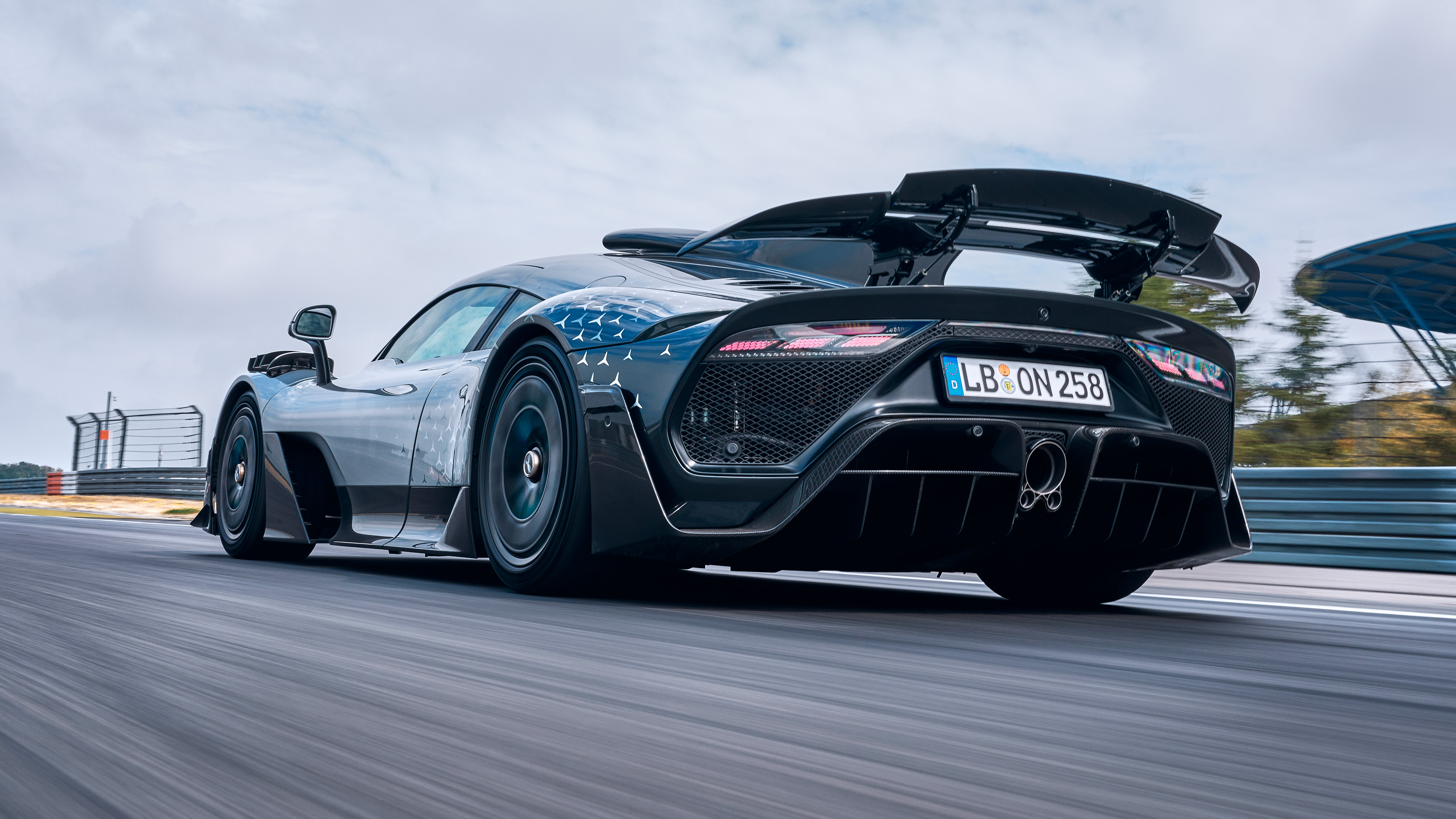 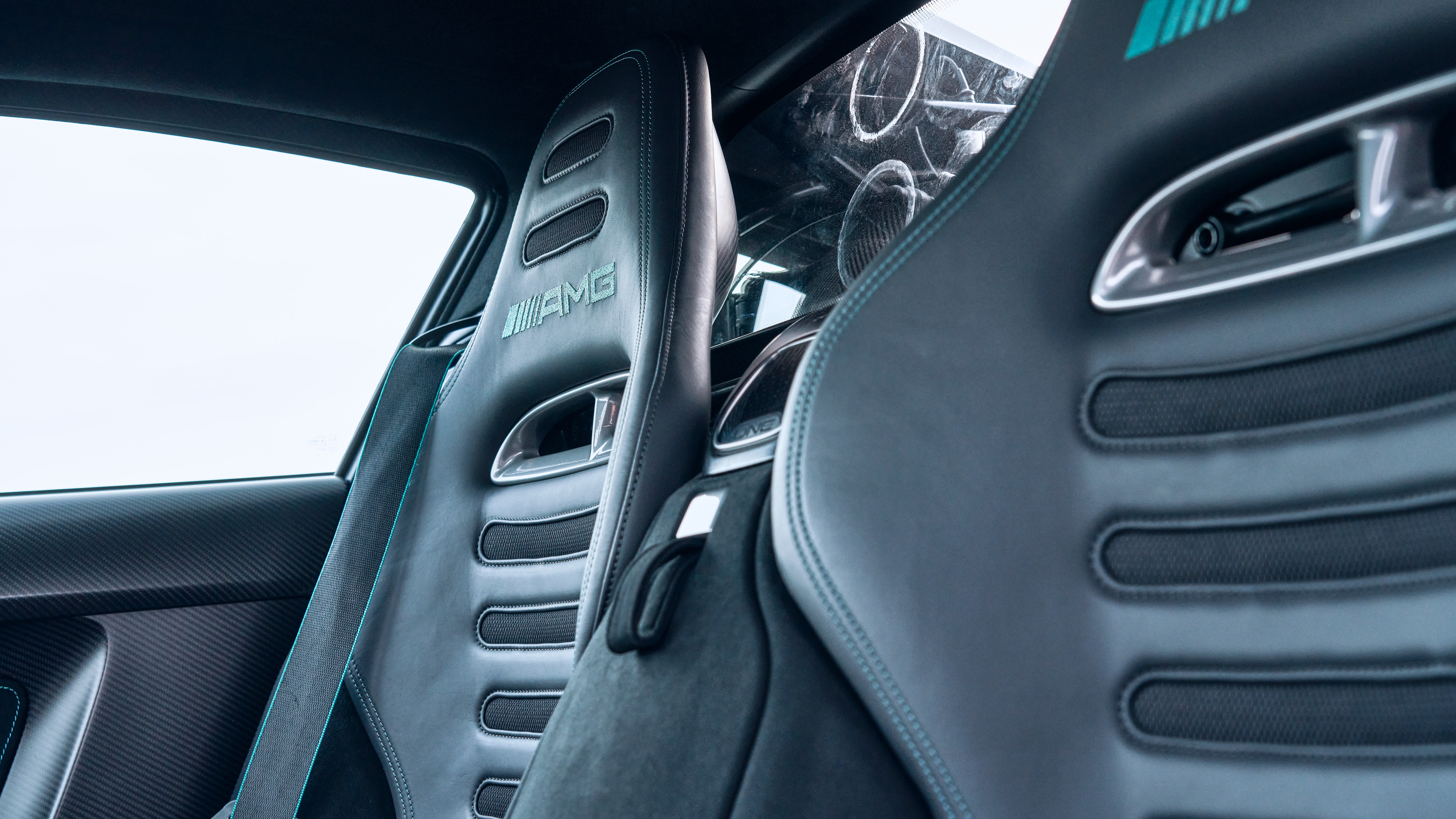 1 / 13
Advertisement
“Will be remembered as one of the great automotive follies, but also one of the most fascinating machines ever made ”

Celebrating AMG’s struggle against the odds to get an F1 engine into a street car. Well-trimmed cabin too

It wasn’t working properly. Also the driving position is weird, the seat isn’t supportive enough and it’s deafeningly loud inside for a road car

The Mercedes-AMG One is first and foremost a hybrid supercar. A 1,049bhp technical showcase for what Mercedes can achieve when it really puts its collective brain (and many Euros) to a near impossible task – like putting the engine from a 2016 Formula One world championship-winning racing car into a street-legal vehicle. And selling it to people without the skills of George or Sir Lewis. Gulp.

But the AMG One is also a story in itself. A car that was first presented in 2017, promising deliveries in 2019. Or 2020. Then there was a global pandemic, a critical parts shortage, and even by the time Mercedes’ dominant F1 form started to slip in 2022, the British-built One still wasn’t ready.

At long, long last – following AMG boss Tobias Moers leaving to join Aston Martin, before being red-carded from the British rival as well – the One is finally in production, with the 275 customers starting to receive their £2.3m toys in the autumn of 2022. Deliveries will be complete by Christmas 2023.

How does it work?

A quick interlude now to explain or remind just how complicated this car is. At its heart sits a 1.6-litre single turbocharged V6. The turbo is effectively split between the intake and exhaust and this allows a 120bhp electric motor to sit amid it, spooling up the boost long before exhaust pressure would have it ready. This is what F1 commentators call the MGU-H and it effectively reduces turbo lag.

Peak combined power is a claimed 1,049bhp and no torque figure has been published because it is too difficult to calculate. Given that half the work is undertaken by electrons, we can probably summarise it as ‘plenty’.

The basic structure of the car is made from carbon-fibre, as is the bodywork. The transmission is closely related to the F1 cars and built by X-Trac. The suspension is a complicated pushrod set-up and the car has substantial heaters to pre-warm the cats before start-up.

And that presumably makes it a trifle fast?

Having said that, the McLaren feels uncomfortably fast at times and we’re not sure how much faster a car needs to be, nor at which point we need to judge everything by how fast it is.

After all, most £2 million+ cars will get annihilated by a £35k motorcycle. But given the One weighs a bloated 1,695kg, it’s within the clutches of a lot of less expensive cars, not least Ferrari’s ballistic SF90 Stradale…

So where have you driven it?

Not on the road: Mercedes wasn’t up for that. So we were limited to circuit laps of the Nürburgring Grand Prix track. And not as many as we’d have liked, frankly. So this is a first impression of the AMG One, as well as a story about what happens when things don’t quite go to plan…

“Will be remembered as one of the great automotive follies, but also one of the most fascinating machines ever made”

In case you’re thinking we were underwhelmed; you couldn’t be more wrong. We’re utterly intrigued by the AMG One and suspect one of the most interesting and rewarding cars ever made might lurk under all that, dare we say it, not quite finished technology. This will be remembered as one of the great automotive follies, but also one of the most fascinating machines ever made.