£47,755 when new
Read why you can trust our independent reviews
Sam Burnett
Published: 25 May 2021
comments
Skip 14 photos in the image carousel and continue reading 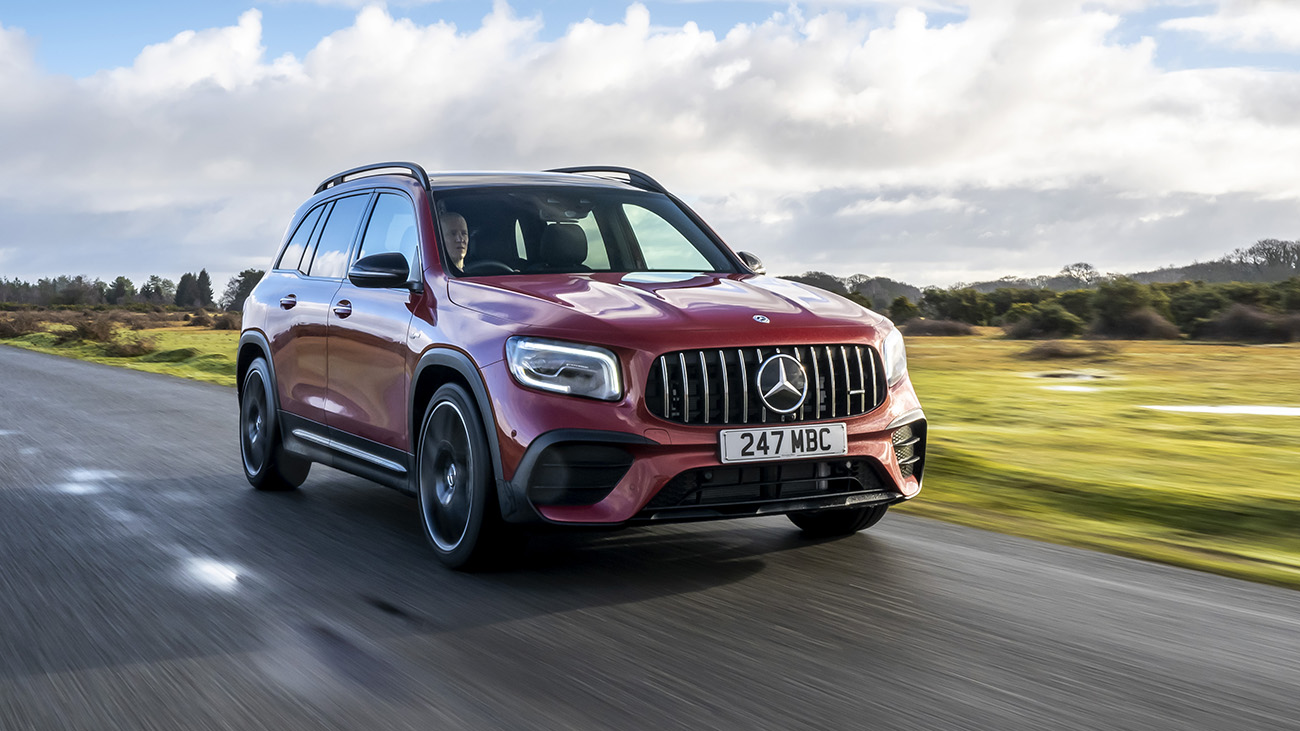 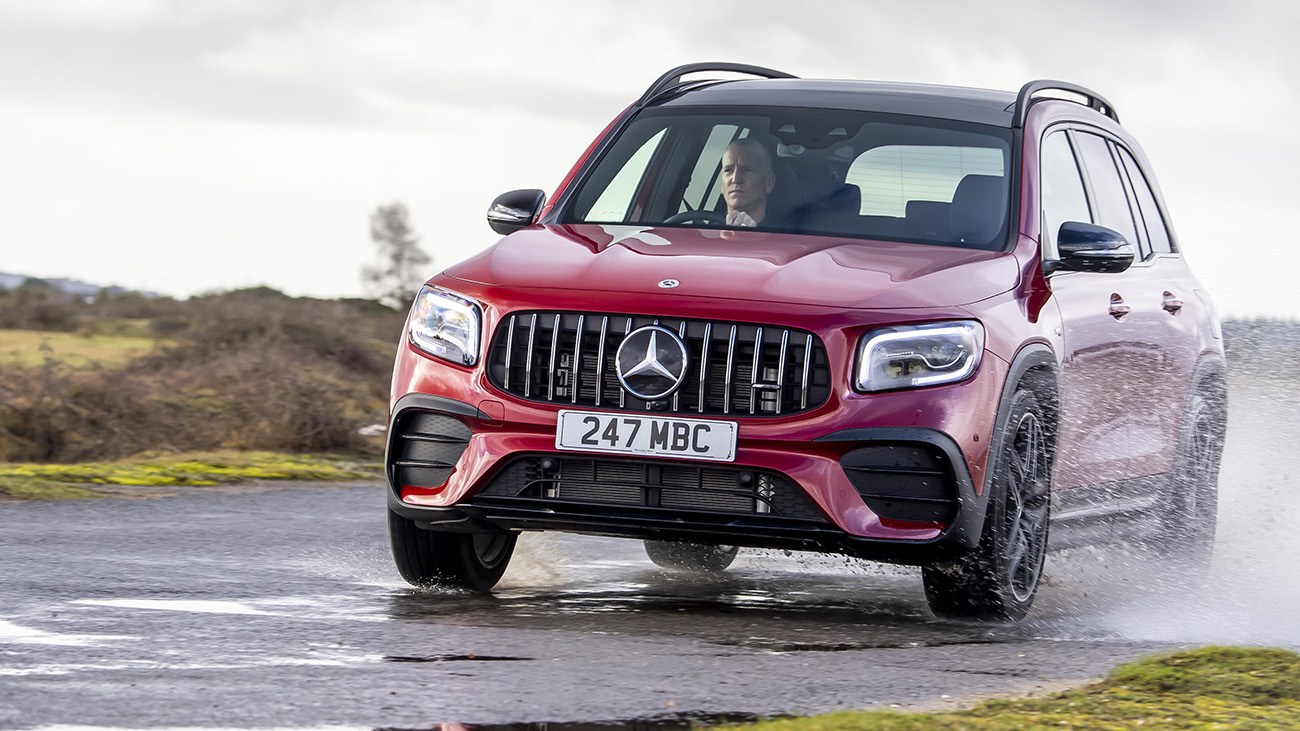 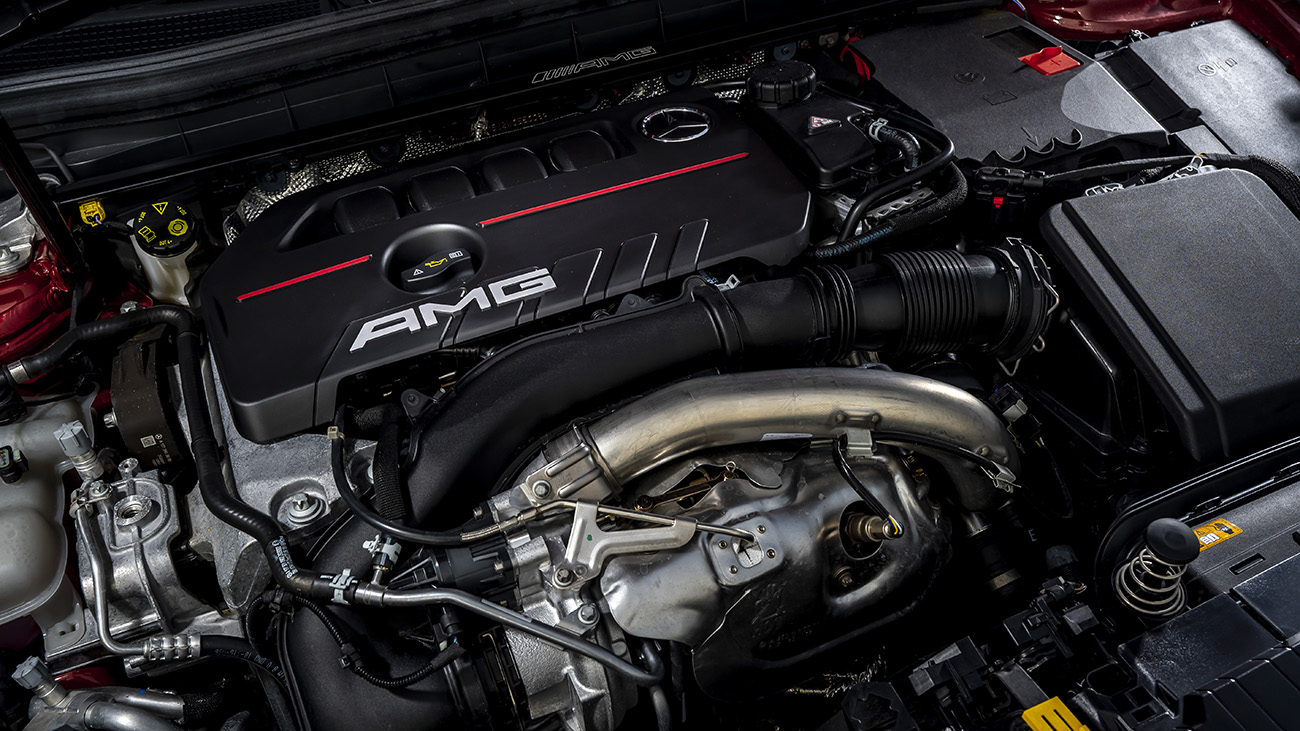 Great, another SUV with bits stuck on…

Hold on, this GLB has been properly worked over by the people at AMG, it’s not just your pretend version with fancy bodywork they sell to company car drivers. It’s a pleasant surprise, to be honest, because even with the bling you don’t expect much as you scope the GLB’s appealingly old-fashioned, upright shape. But do you fancy trying it out to 62mph in 5.2 seconds? A 155mph top speed? How about 32mpg? Fuel consumption that low is the true sign of performance authenticity and even then that figure is a best case sort of number.

Is it actually quick?

In everything up to and including Sport mode the engine and gearbox are brisk, but not particularly mind-blowing. It’s all fine if you’re on a motorway blat, but it’s in Sport+ that the car really cuts loose. I wouldn’t normally touch a Sport mode with a bargepole, let alone venture towards anything more aggressive, but the GLB 35 just isn’t quite happy until you’ve shifted the dial that high. If you’re in an AMG car you want to feel your organs jostling for space inside you, no?

When my nerves got too frazzled I configured the Individual set-up to use the restricted power settings intended for snowy conditions and set the adaptive dampers to their most comfortable – great for economy and demonstrating its versatility, if missing the point.

So it drives well then?

The AMG fairydust has worked some unholy magic on the GLB – objectively it is not an incisive driving weapon, but tell that to your brain as you fling it down a country lane, boshing through the gears and listening to the weirdly enticing 4cyl growl. It’s a lot of fun, but this is definitely a getting-places-quickly car rather than anything you would want to book in for a track day. It’s strange that we’ve got to the point where an SUV at 1.8-tonnes feels almost featherweight, but as seven-seaters go, the GLB 35 is as lithe and agile as they get. There’s a fundamental tension with cars like this one, though – if you load up and take it for a spin you’re going to find there are six deeply unhappy people onboard, even if there’s another one with a bit of a grin.

How does it all work?

The engine is the same 1,991 turbocharged 4cyl unit from the A35, developing 302bhp and sending power to all four wheels through an eight-speed auto. The 4Matic four-wheel-drive system lets you pootle about with power going to the front wheels, but sends up to 50 per cent of drive to the rear wheels as the situation demands.

What else do you get with the AMG badge?

Mercedes-AMG has thrown everything at this weirdly upright people carrier. You get a lovely panoramic sunroof (not a performance upgrade), 20-inch wheels, adaptive dampers, LED headlights, a Burmester sound system, and the AMG Night package, which turns all of the exterior plastic bits a suitably menacing black. The most obvious visual cue on the car is the panamericana grille, which swaps out the usual silver nasal embellishment for a 1950s-inspired set of vertical slats. They work very nicely on the GLB, the standard nose an overpowering bar of silver plastic that swamps the rest of the car’s styling.

Does it really seat seven?

It does – of course, given the fact that the GLB isn’t the biggest SUV in the world, the usual caveats apply in terms of the back row being strictly for small people. It’s definitely a usable seven-seater, though, and space is impressive. Curiously you lose five litres of bootspace in the AMG version over the standard Mercedes effort – 565 litres in five-seat set-up and 1,800 litres with the back seats down. You’ll be able to do three trips to the tip before anyone else has got to the end of the road.

Should I get myself one?

By any objective standard, actually buying one of these would be an act of supreme madness – this is a £52k performance SUV, and thinking of the depreciation would make your head hurt (you’ll have 53 per cent of what you paid left in the car after three years and 30,000 miles). If you were to lease it, it would cost you £748 a month, nearly £300 more than the sensible diesel option. If you set £26k on fire, at least it would keep the kids warm for a bit. But this GLB 35 is a celebration of madness, it’s obscene and ridiculous and fun. A monument to the fact that Mercedes can’t walk past even the tiniest niche without trying to fill it. (How does the company even make money, let alone £3.5bn of profit last year?) Basically, you can’t get much faster with seven seats until you find yourself in a Cessna Citation. Next to one of those, the Merc is a bargain.