£645 p/m
External link to
with Leasing.com
Read why you can trust our independent reviews
Top Gear Team
Published: 07 Jun 2019
Skip 5 photos in the image carousel and continue reading 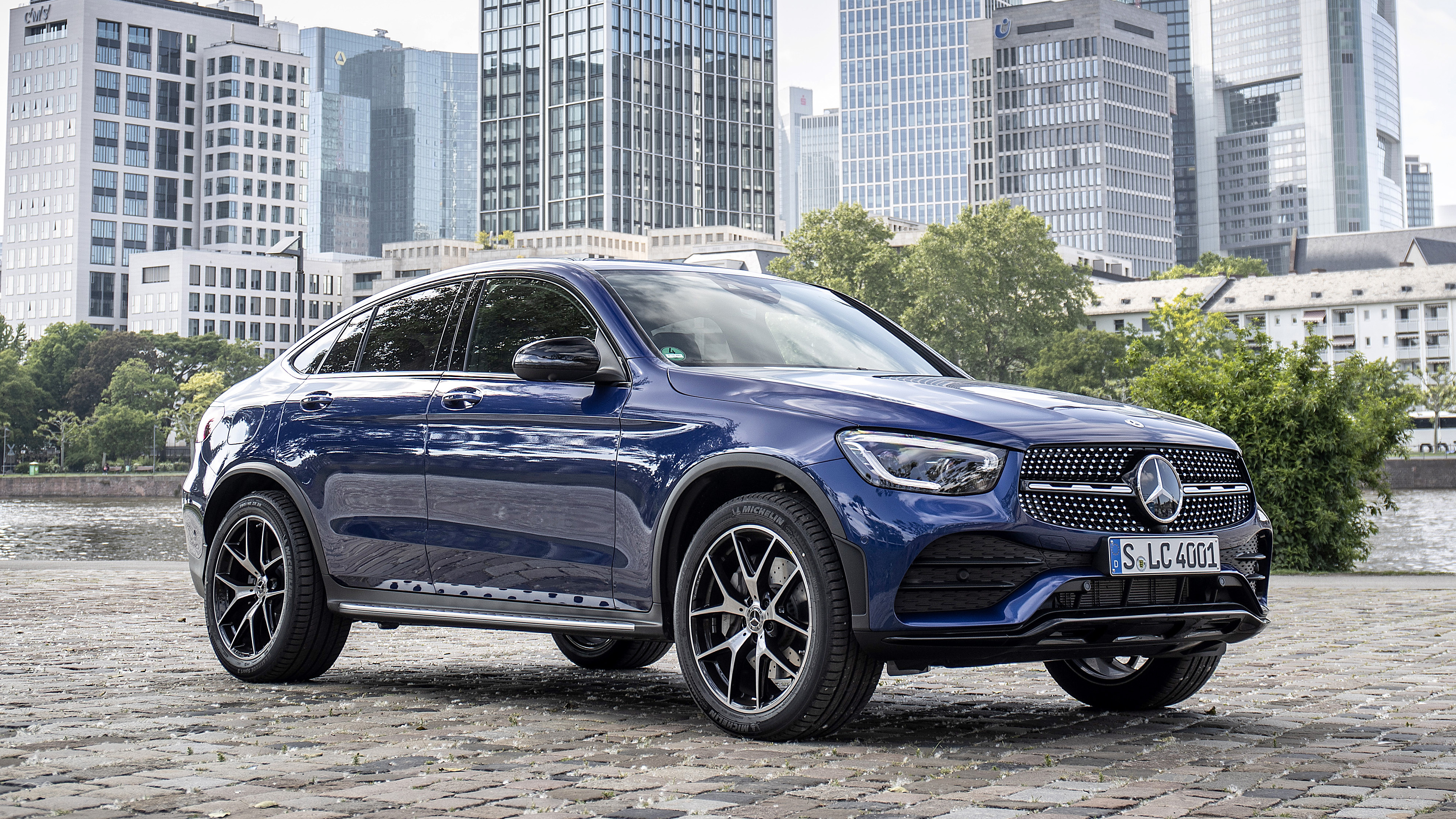 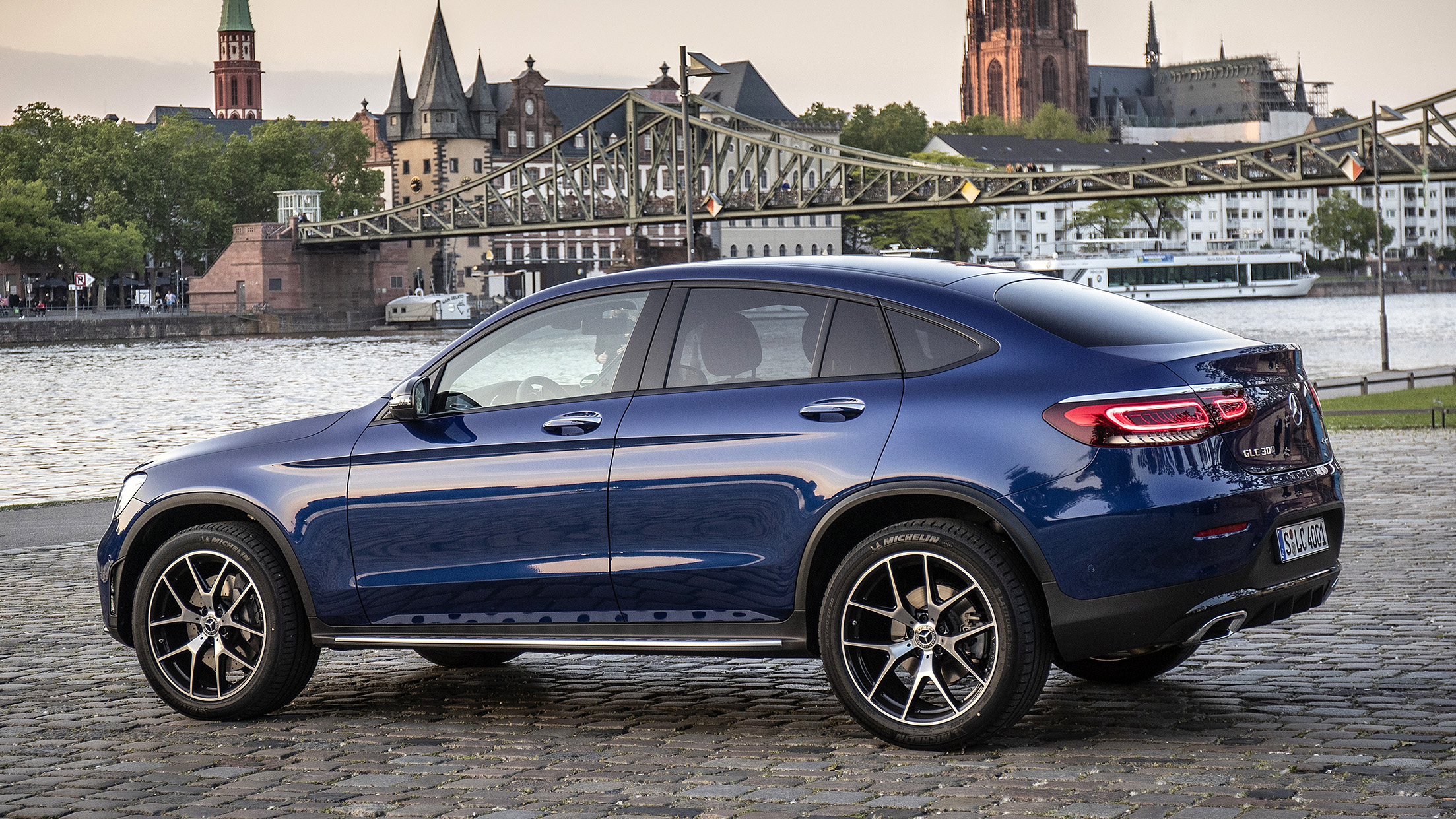 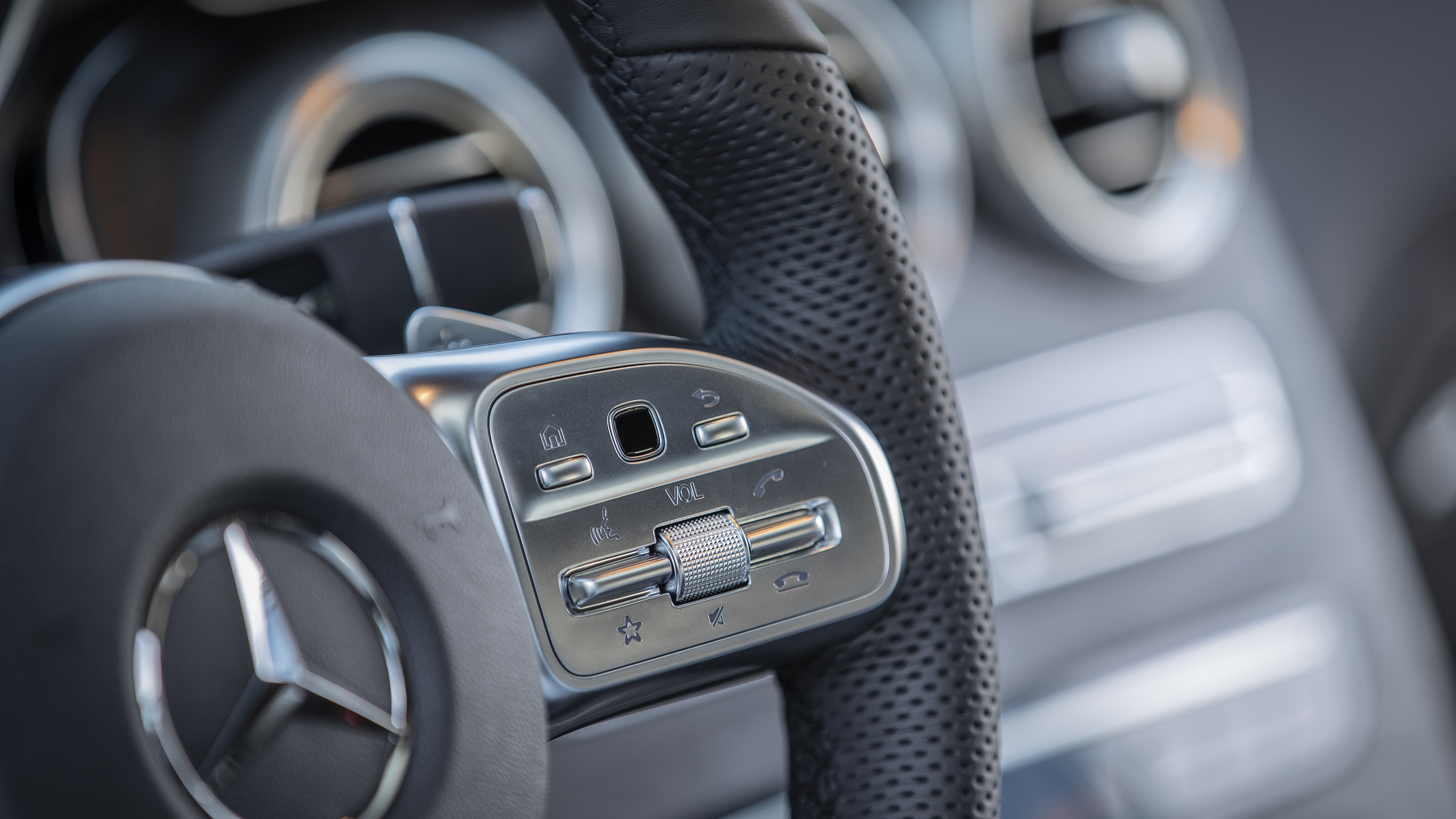 1 / 5
Advertisement
“BMW X4, this is all your fault. Can Mercedes do the coupe-SUV any better? ”

Everything that’s good about the normal GLC: improved engines, well-equipped. Guess it’s not as ugly as some, too

A necessary evil. The idea of taking a tall, heavy but spacious SUV and reducing said space with a swoopier roofline was not Mercedes’ own – it was BMW, perpetrators of the X6 and X4. But so popular and profitable was this curious niche, that Mercedes had to follow suit, first with the GLE Coupe, and then with the smaller GLC Coupe which battles the BMW X4 and also gives Benz a style-driven rival to the likes of the Range Rover Evoque, and whatever Audi dreams up next week.

For the facelift revealed in early 2019, little has changed on the outside, which goes to show the coupe-ification of the GLC had done little to offend Mercedes buyers’ eyes. Chiefly, there’s some tweaked LED light graphics, but no new creases to the bodywork, which is fine by us. It’s less offensive than a BMW X4 to our optic nerve.

Under the bonnet, there are new engines for all the models except the bombastic AMGs, which we’ll cover in a separate review. This one’s for the sensible versions. If there’s such a thing as a sensible four-door coupe sports utility wagon. All versions get four-wheel drive, an automatic gearbox, and come as standard in AMG Line trim, so you get the body kit and sparkly grille as befits the car’s look-at-me image.

Inside, there’s an update to the infotainment system, and approximately seventy-three per cent more of the cabin is now touch-sensitive. Touchpads on the steering wheel, a touchpad on the centre console, touch-sensitive screen – it’s certainly one for the dextrous among you. And the chatty – you can now command the radio, heater and so on to do your bidding via uttering ‘Hey Mercedes’ and barking an instruction.

Prices begin at £44,045 for the entry-level GLC 220d AMG Line Coupe, while a more powerful GLC 300d in AMG Ultimate trim ups price to £57,670. It’s a little punchier on price than the GLC SUV – just under £3,000 model for model. Is it worth paying that much for a less practical machine on the basis of these looks? Chances are you’ve already mind up your mind, But just in case you haven’t, here’s how it drives.

The standard GLC is SUV is a good car but not a memorable one. The GLC Coupe, on the other hand, is certainly more of an impression-maker, but not really for the right reasons. The marketing-led search for agility and sportiness the car doesn’t really need results in a less comfortable everyday runabout than the conventional SUV the GLC Coupe spawned from.

That and the £3,000 premium versus its more practical sibling has us wondering why you’d make the choice to go for the Coupe, but perhaps the thing about styling-led cars like this is that they’re designed to irrationally appeal to the ‘want one’ part of your brain than the sensible criteria of value and user-friendliness. So, if you want one, and can put up with the flaws, the GLC’s improved engines and smoother gearbox have helped its cause.