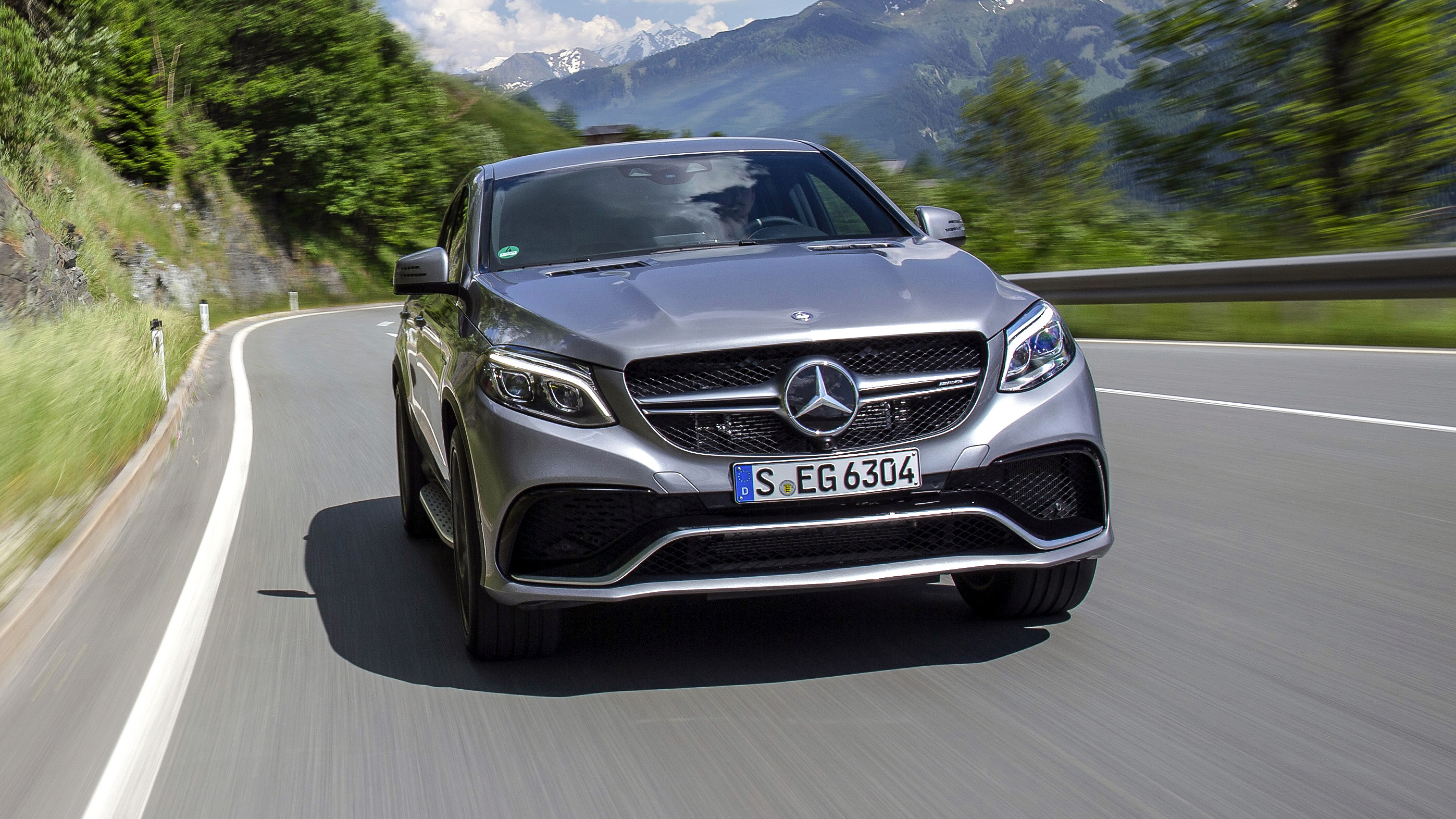 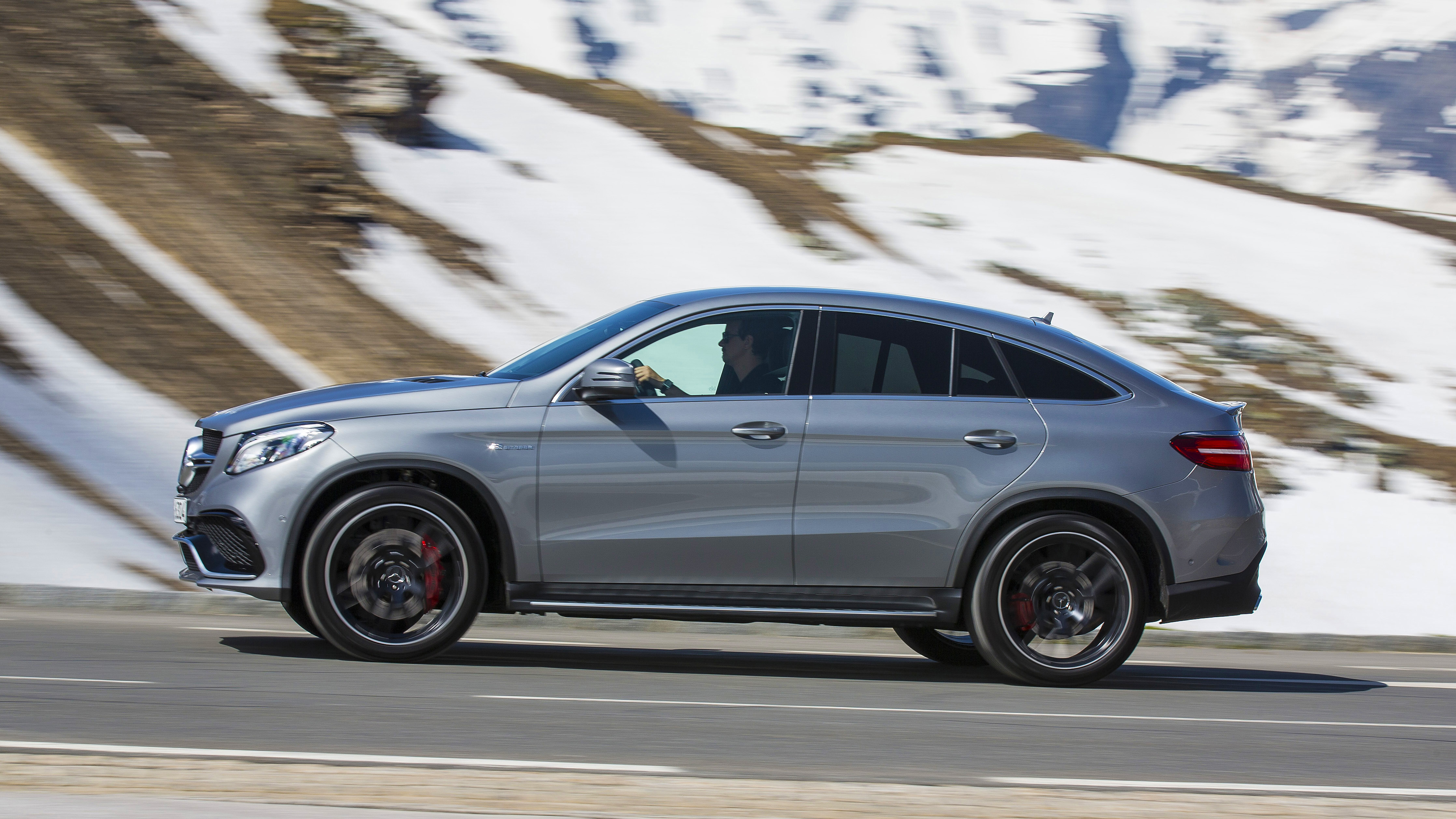 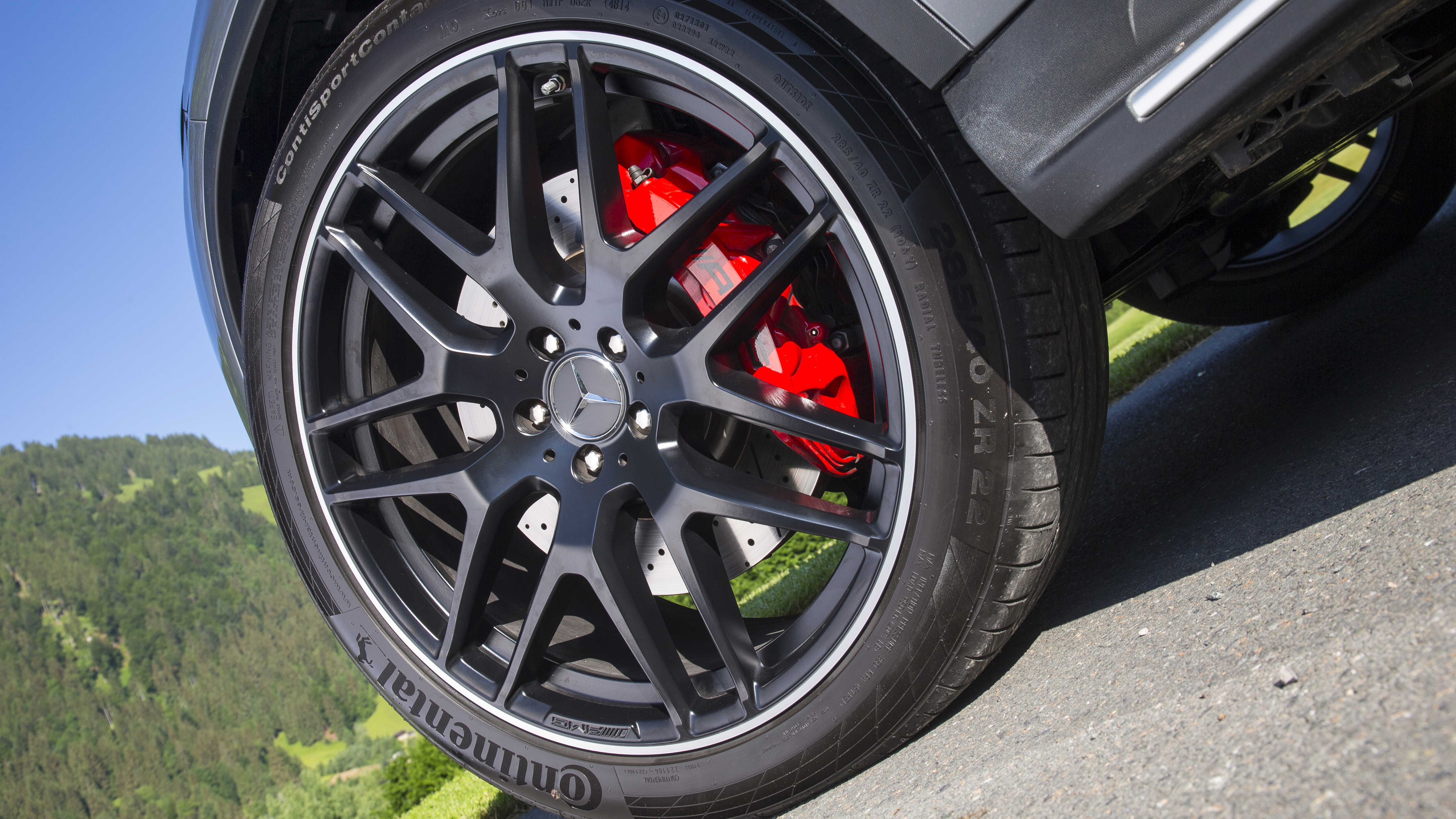 I try to approach every car with an open mind, but I was happy to make an exception for this one. First thing, AMG’s hyper-powered versions of Mercedes’s big SUVs have never had much finesse, and fast lorries aren’t my thing. Secondly, the whole idea of a sport-utility coupe is in any case clearly an assault on good sense. Like a pair of high-heeled trainers… but people buy them too. And yet by the end of my time with it, the AMG GLE63 Coupe had gone a long way towards melting my prejudices.

The GLE Coupe – available as a Mercedes-Benz with more moderate engines as well as this high-test Mercedes-AMG version – turns out to be a bit of a looker. Certainly much sweeter than the GLE on which it’s based. The Coupe has Mercedes’ new generation of soft, flowing surfaces, so it dodges the angry-mastiff aggression of the BMW X6. From the back, the arched window, tapering pillars, strong haunches and horizontal tail lights bring to mind the S-Class coupe and even, if you employ a squint, the AMG GT. It manages to look smaller than it is. This particular car’s optional 22-inch wheels also confuse the sense of scale.

The front cabin is lushly furnished, and in the back there’s enough room for grown-ups, plus the boot is huge. So the ‘utility’ part of the SUV acronym survives intact.

What about the ‘sport’? Well the engine is never in doubt. Downsizing be damned – this twin-turbo V8 isn’t AMG’s new 4.0-litre but the more senior 5.5 job, because it has more torque. Certainly age hasn’t withered it. It’s vastly effective and alluring. This S model makes 577bhp and 560lb ft of torque (there’s also a slightly less nutty non-S version in some markets but not the UK). At low revs, it’s so effortless you’d struggle to believe 2,275kg is involved. Add more revs and throttle travel into the drama, and it flings you down the runway with the authority of a quartet of Rolls-Royce Trents.

This is a fabulous car for overtaking. Your high viewpoint gives you an early advantage in peering over verges and hedges to check the next straight. When you get there, the immense traction allows you to put a wheel on the dusty edge of the road as you squirt past. Mind you, be aware that if the engine is switched to Sport mode or the transmission to manual, gearshifts are accompanied by a bellicose explosive popping from the exhaust. Not only are you suddenly filling that Micra driver’s windscreen with your vast back bumper, you’re probably making him think he’s on the wrong end of a firing squad. 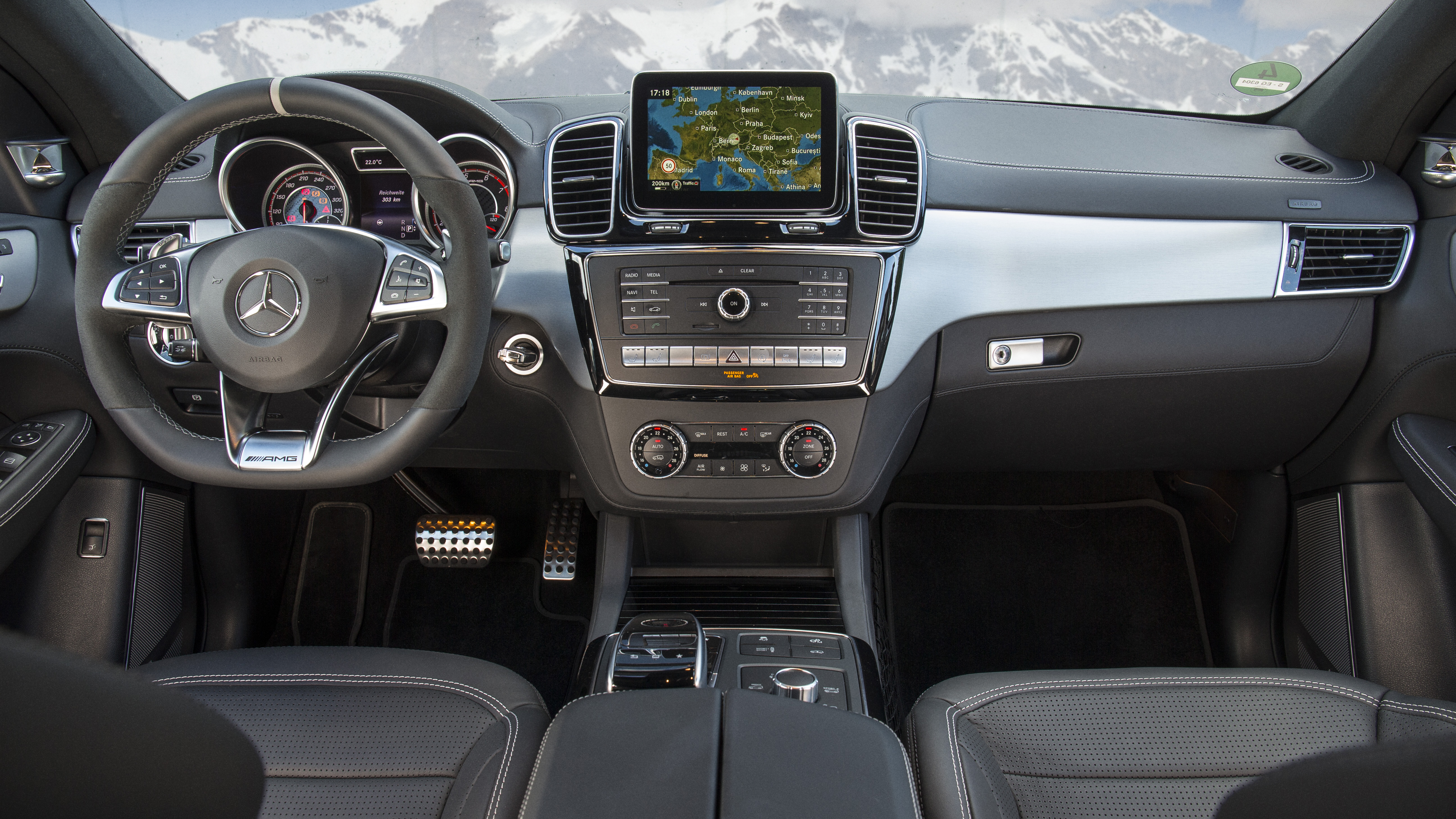 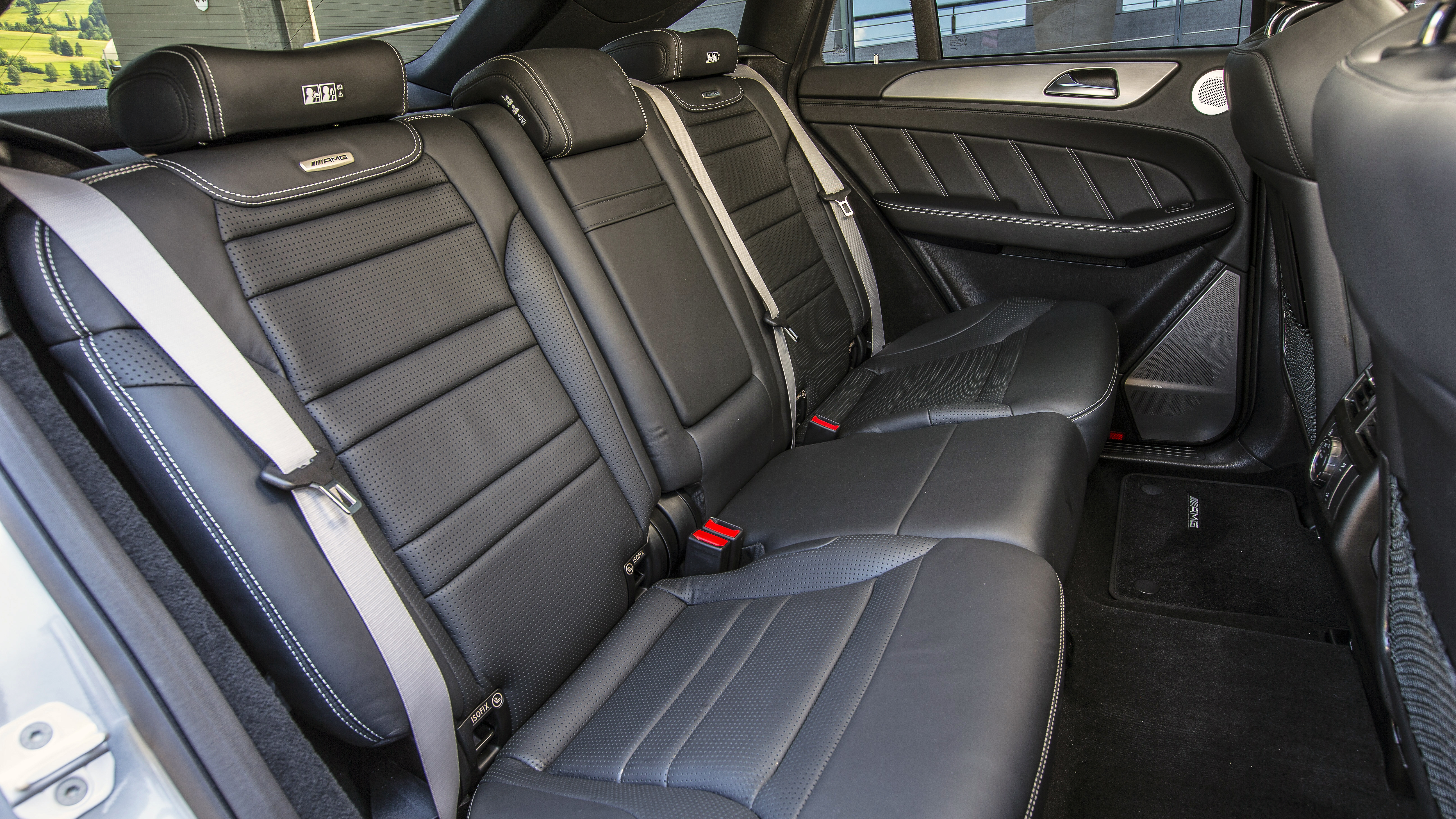 Which might give him a heart attack, but I never felt nervous driving this AMG. The brakes and cornering are immensely secure. The Coupe is wider and lower than the boxier GLE, with some different chassis elements, and it’s only the Coupe’s arches that can fit the said 22-inch wheels. Smeared around them are, at the back, 325-section tyres. They’re held rigorously upright by air suspension, adaptive damping and active anti-roll bars. These measures are standard procedure for hyper-powered SUVs, and they mean you won’t unstick them on the road. The AMG can dish out mild understeer on the way into a corner and, if you’ve inhibited the ESP, a slither of oversteer on the way out, especially in the Sport or Sport+ chassis/powertrain modes. But those attitude shifts are very slight, and basically everything’s utterly neat and progressive. But it’s also pretty numb and unidirectional – it doesn’t really like letting you in on its secrets or engaging you like the rivals do. And remember it’s wading into the thick of some new and serious competition. Try the BMW X6M, Porsche Cayenne Turbo and Range Rover Sport SVR.

Underneath, Mercedes’ big SUVs aren’t as carlike as BMW’s. The GLE Coupe as well as the regular GLE and new GLS use a special platform, rather than one adapted from the E-Class. Which means they have heavier suspension. It’s better able to do the off-road thing. But you can feel the weight of those components as a series of small but flabby aftershocks after every suspension event. Otherwise, the ride comfort is pretty civil.

In fact, generally this is an easy car to rub along with, greasing its way through town without the shunts or snorts you might expect. It feels like a limo after the uncouth AMG G-Class, but I guess that’s not saying much. It’s well-equipped in any case, and a small burrow in the options list will kit it out with a handsomely clever driving-assistance package for those long UK motorway hauls when you aren’t troubling the 155mph limiter.

Oh, and you can optionally raise that limiter to 174mph provided you’ve earned your prefect’s badge at the AMG Driving Academy. You need to be worthy of this car, which reckons it’s great at everything. It might have a point.