£935 p/m
External link to
with Leasing.com
Read why you can trust our independent reviews
Top Gear Team
Published: 16 May 2017
Skip 21 photos in the image carousel and continue reading 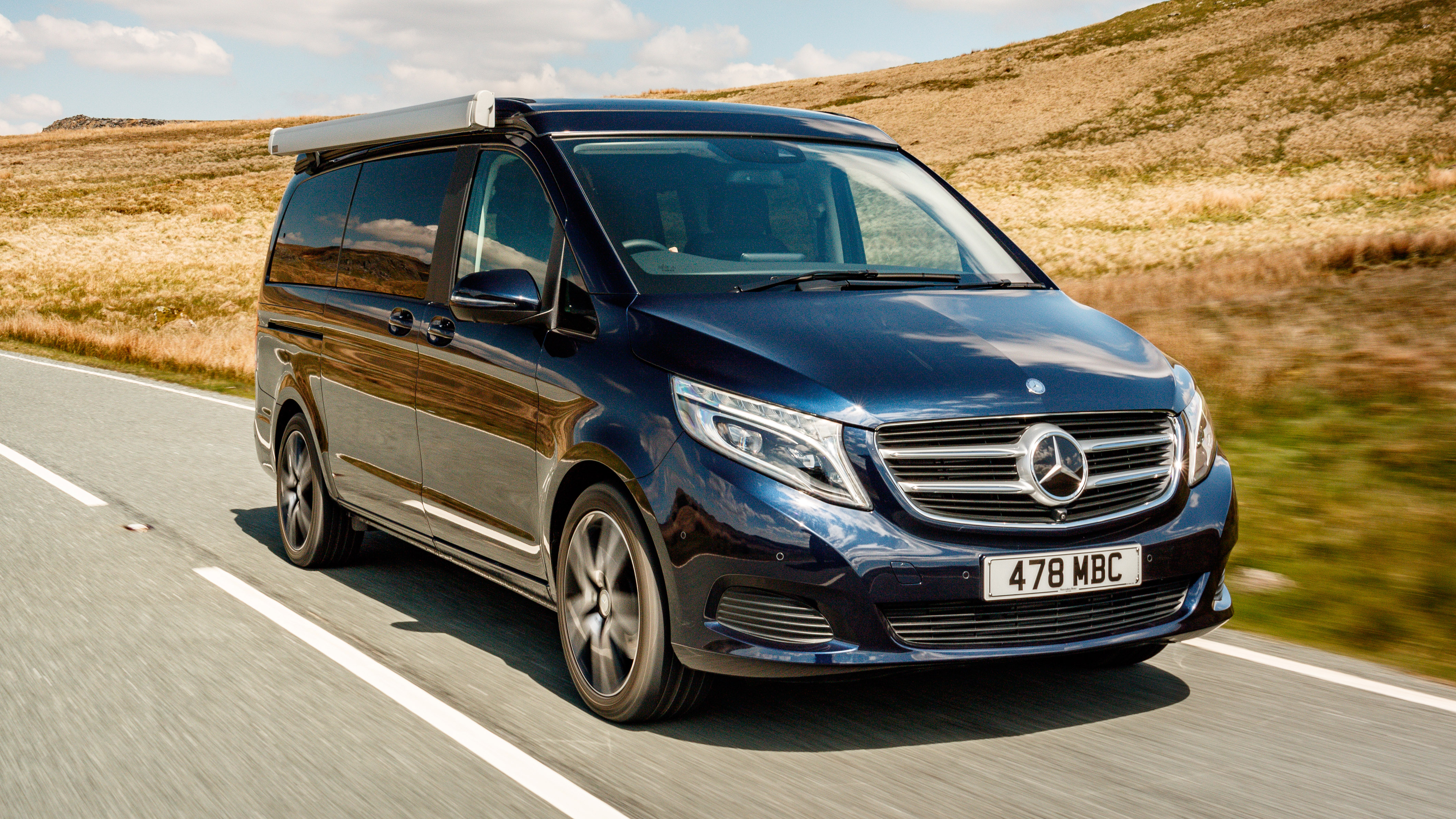 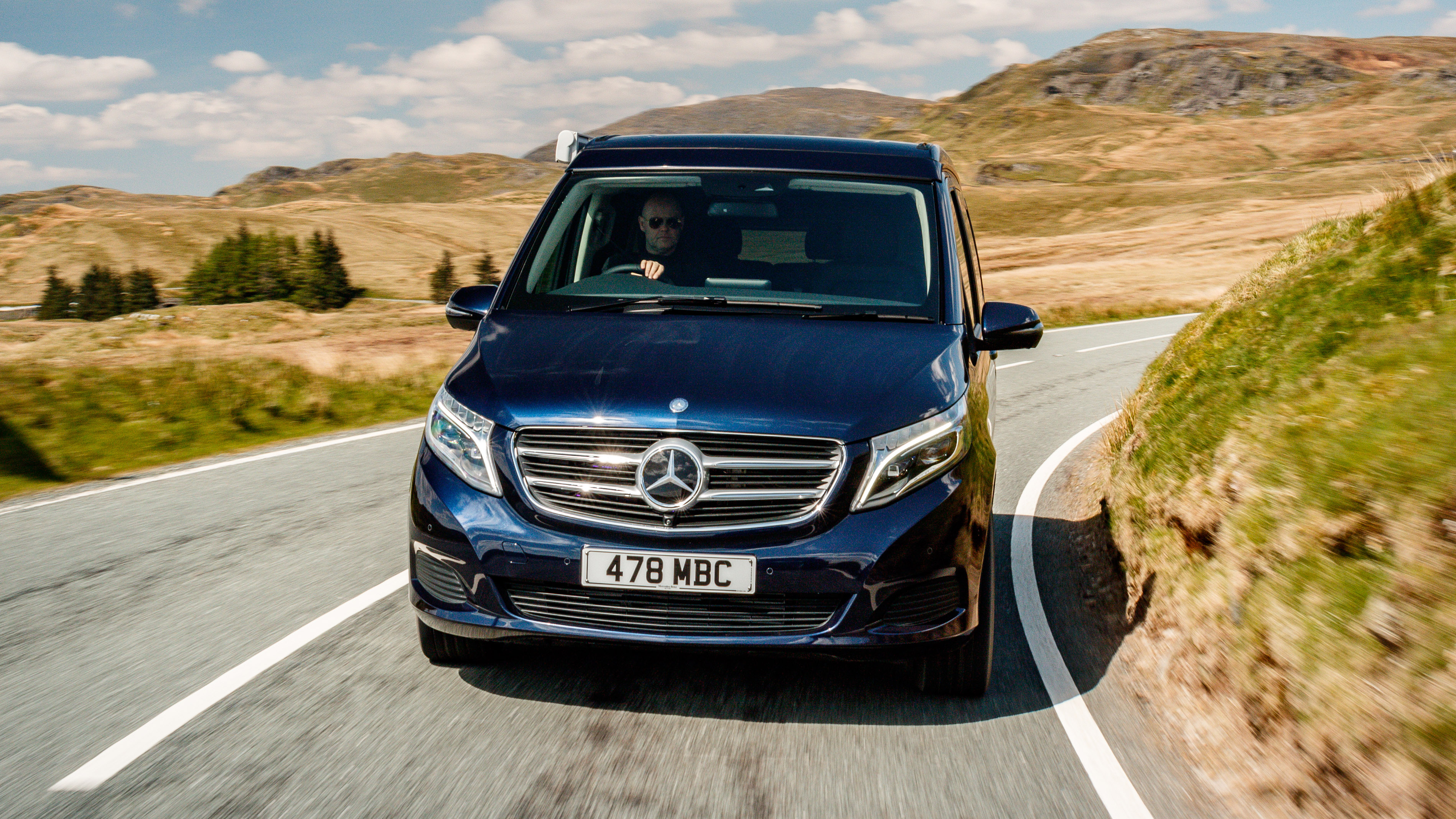 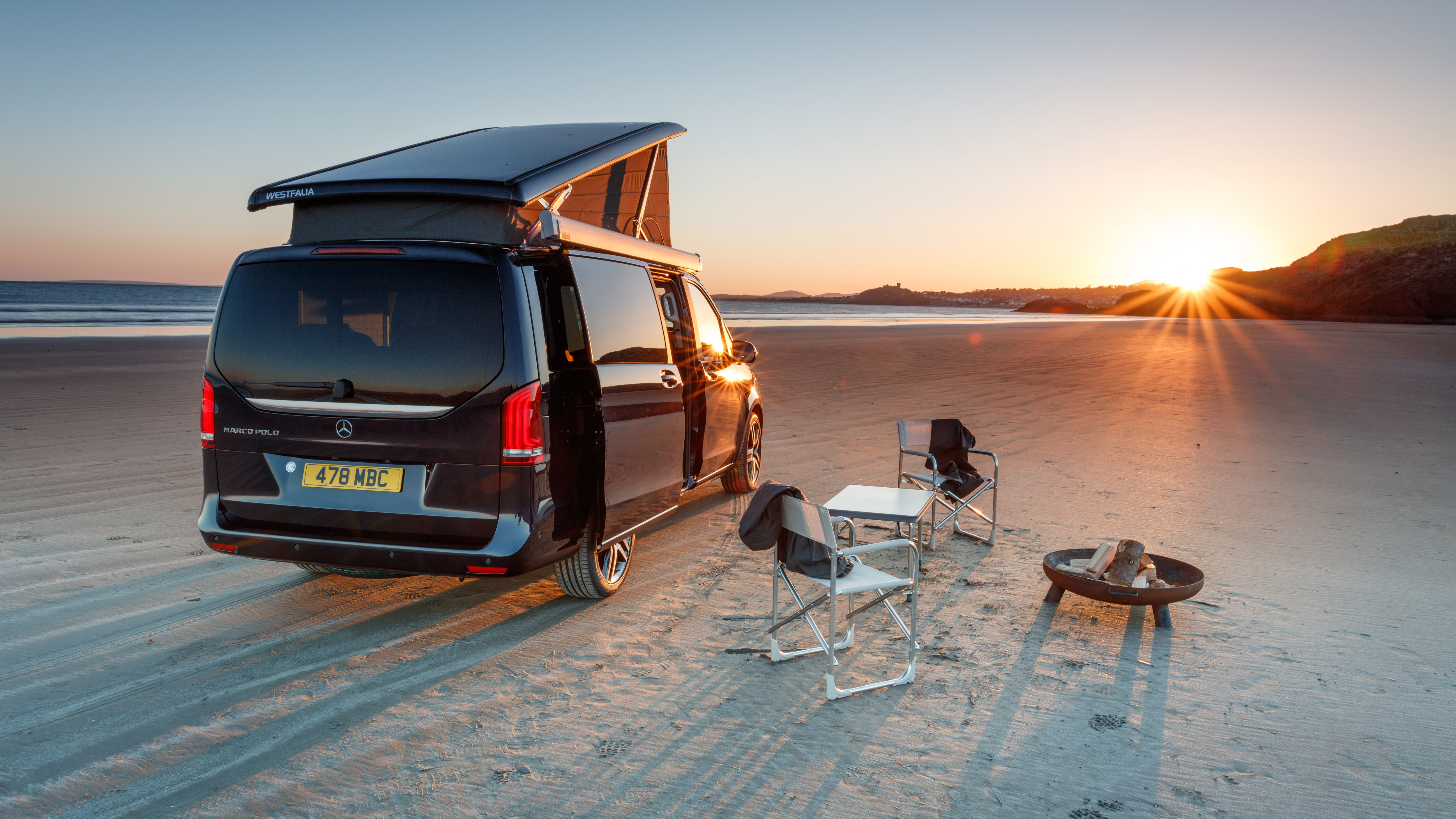 This is the Mercedes-Benz V-Class Marco Polo. If you haven’t heard of it before and the name has piqued your interest, know that it’s named after the explorer because it’s a camper van.

Still with me? Good, then we can geek out together about the fact the VW California finally has a direct rival. It’s nothing new, though. Mercedes has been producing the Marco Polo since it bought camping conversion specialist Westfalia back in 1999, it’s just never bothered trying to develop the market in the UK before. If you think the name Westfalia sounds familiar, that’s because, until Merc bought them, they used to build camper conversions for VW. I suspect there’s a good back story in there somewhere, but as far as you and I are concerned, the reality is that both cars are near identically laid out inside.

So you get seating for four, the front seats swivel and the rears fold flat to form the downstairs bed. There’s a pop-up roof that reveals the upstairs sleeping quarters. Downstairs there’s a unit that, from right to left, features a sink, stove, fridge and healthy amount of built-in wardrobes, drawers and cabinets. There are too many surprise features and delightful details to mention.

It sits on the Vito van platform, although Merc has co-opted that into its car range as the V-Class, billing it an MPV. So you can have it as an eight-seater instead of a camper van if you so wish. As with the people carrier, it comes with the old 2.1-litre 4cyl turbodiesel, with a choice of two power outputs, 161bhp in the V220d or 187bhp in the V250d, and either Sport or AMG Line trim (incongruous though that sounds). Prices start at £53,180.

It’s based on the long wheelbase Vito platform, so measures 5140mm from stem to stern, which is a fair bit longer than the 4904mm VW, but doesn’t translate into noticeably more space inside – blame the longer front overhang and packaging of the lower seating position for that. 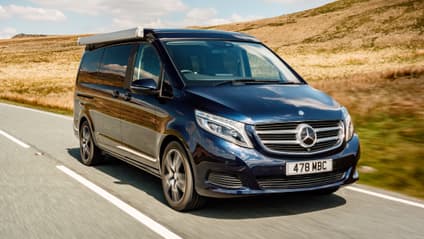 “Every bit as convincing as the VW California. What is loses in the finer packaging details, it makes up for in quality and design.”

The Mercedes Marco Polo is every bit as convincing as the VW California. What is loses in the finer packaging details, it makes up for in quality and design. Just be warned that it comes across as a bit more precious than the VW, which might give you the occasional twitch when muddy, grassy kids shoes come into contact with the yacht wood floor...

Nevertheless it’s a thoroughly professional, complete and capable family machine. The temptation is to see this as a third or fourth car, but give it a chance and you’ll soon find it’s a lot easier to live with than you might think – and not just when you’re camping.