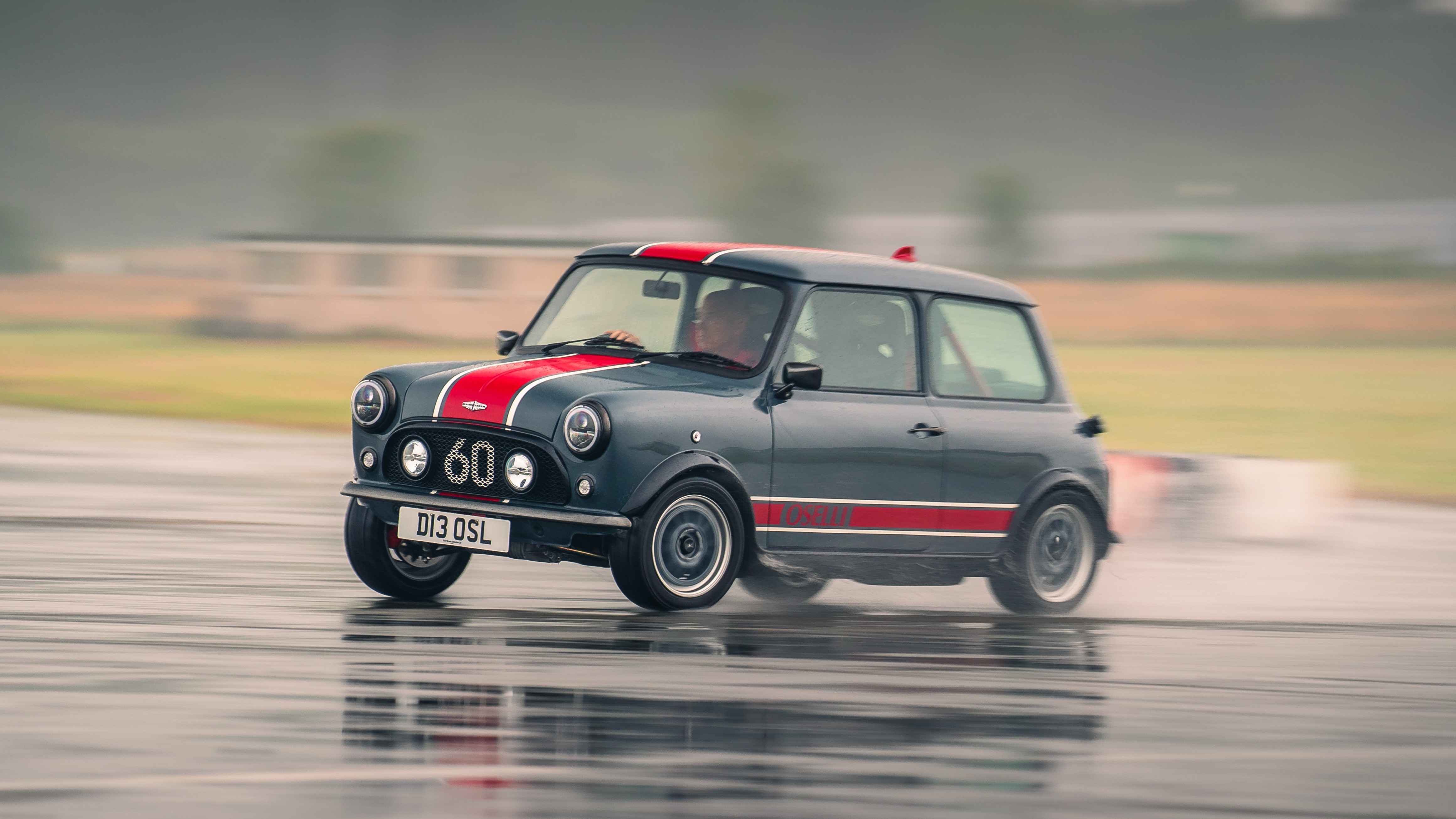 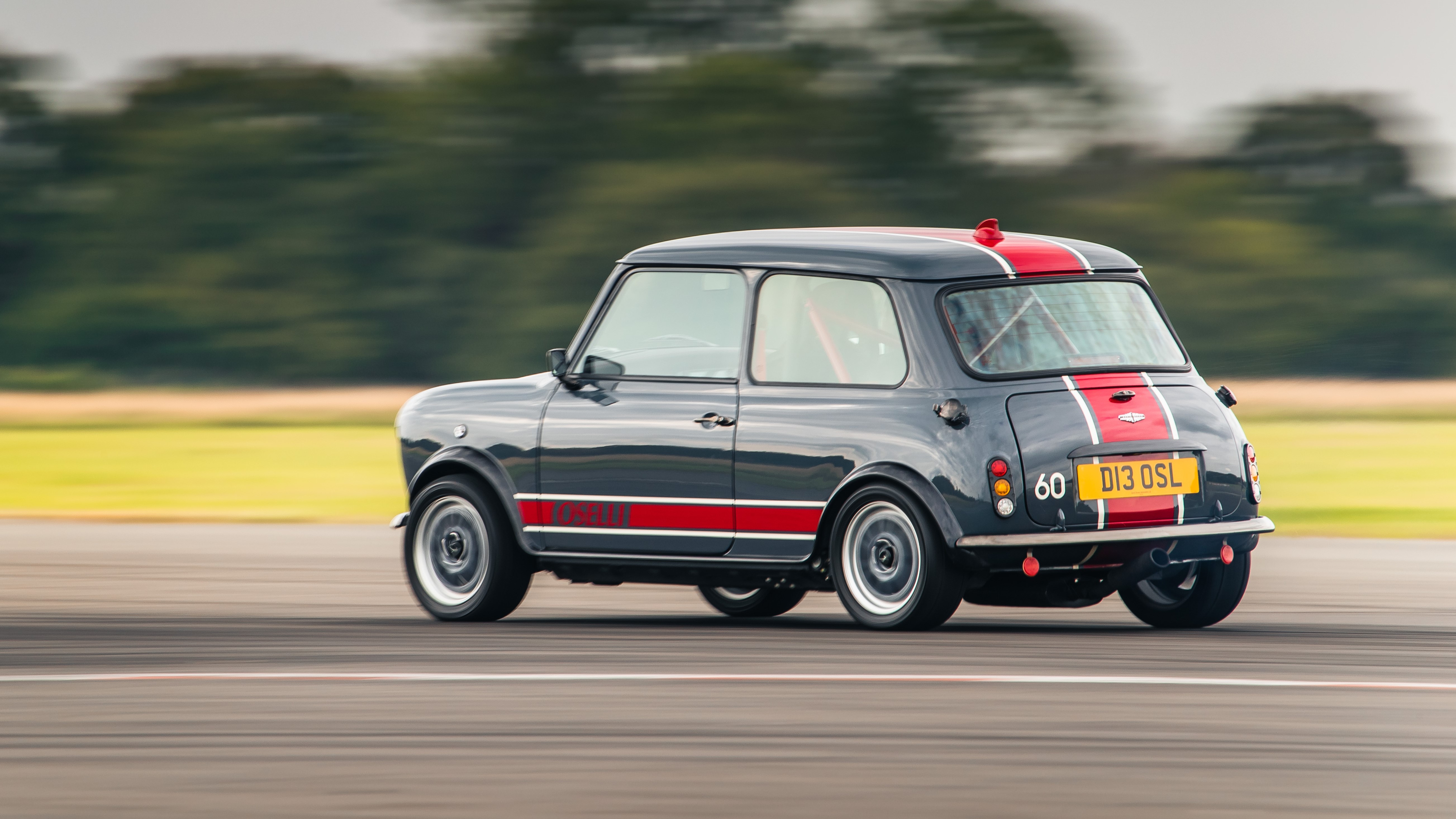 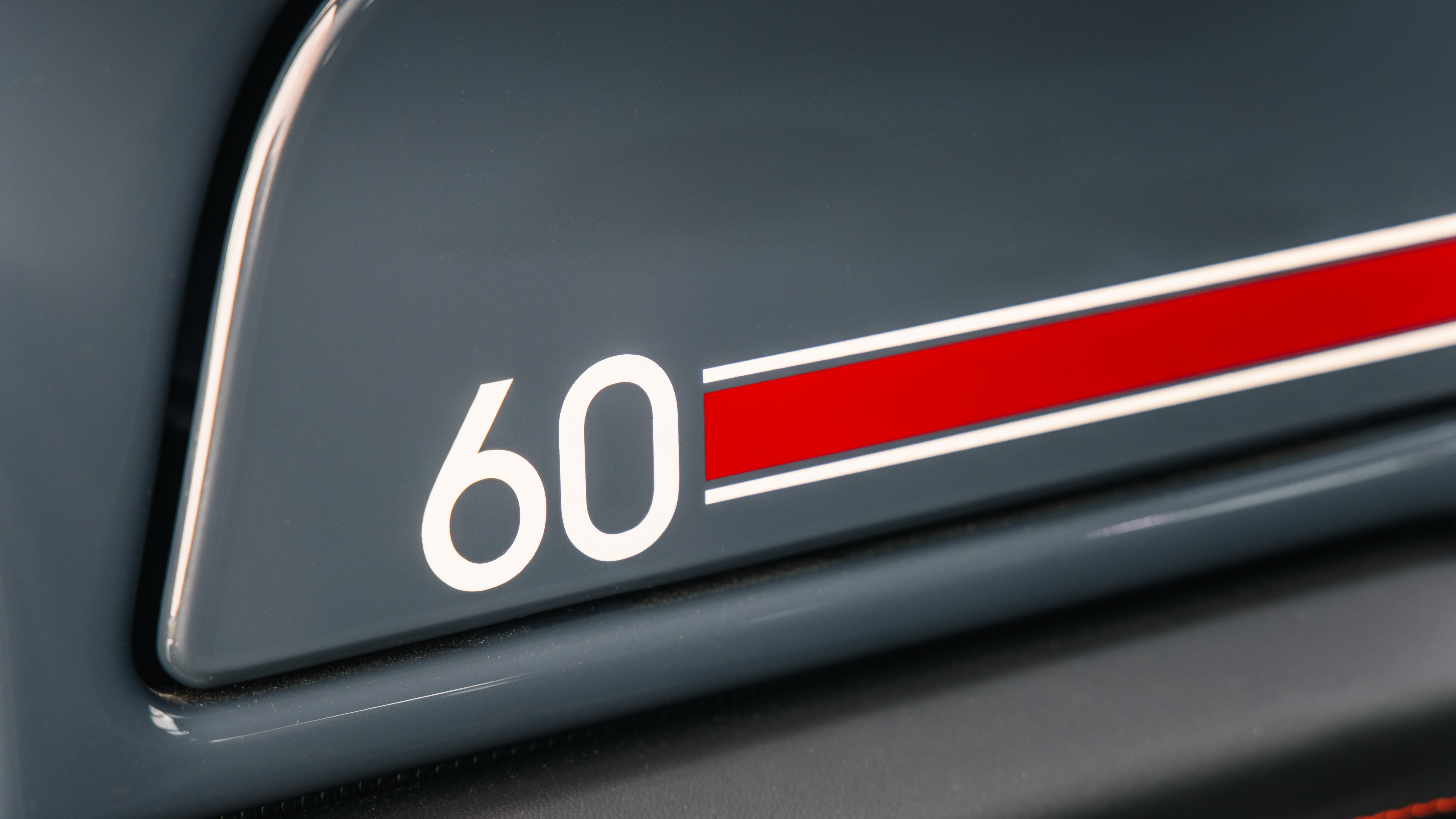 At last, something small and fast!

Quite. If you’re anything like us here at Top Gear, you’ll be growing weary of modern cars getting faster, yes, but also bigger, blunter, fatter and more detached from the process of driving. You’re probably craving something small, raucous and chuckable, something that doesn’t need big power to make you zip along, grinning like an idiot. Well, this stripey little scamp is called the Mini Remastered Oselli Edition, and it’s here to restore our faith in fast cars.

No pressure. Who makes it?

It’s the work of Silverstone-based David Brown Automotive, who’ve been knocking out hi-end Restomod minis for a few years now, under the Mini Remastered banner, but this is something altogether different - this is the high-performance version built in conjunction with Mini engine tuning specialists Oselli, and limited to a production run of just 60.

Go on then, give us the juicy upgrades…

Righto, we begin with the A Series engine. It’s been enlarged to 1450cc, gets twin SU carburettors, significant internal mods and now produces 125bhp at 6,200rpm and 113ft-lb of torque at 4,500rpm... that might not sound like a lot, but I drove a BMW X7 the other day and the glovebox was bigger than this. As a result, 0-62mph takes 7.8 seconds. Again, nothing to write home about, but when you’re this low to the ground, this involved in the process and so used to modern cars that incubate you from the outside world… it feels a hell of a lot faster than that.

What about customisation options?

On the outside you choose your base colour - grey or white - then pick from red, blue or green accents on top of that. The cast alloy engine cover is coloured to match your exterior stripe and adorned with a unique build plate. The ‘60’ in the grill is to commemorate 60 years since the original Mini was first built (in fact that was back in 2019, when this model was first announced) and you’ll notice a blacked-out theme, with black chrome generously applied on the wing mirrors, fuel filler cap and headlight surrounds. For the record, I’m still not sure about those rear lights.

Your big decision is whether you want a four-seater, or a two-seater like this. Do the brave thing and you get bucket seats, four-point harnesses and a roll cage in the back trimmed in leather - I’m sure you’ll have plenty of time to appreciate that as you barrel roll off into the undergrowth. There are some contradictions in here too, like a central screen with Apple CarPlay compatibility… and a manual choke. But you can’t fault David Brown’s efforts. Every opportunity to deploy Alcantara, knurled metal and colour-matched panelling is taken with gusto.

Enough of the trinkets, what’s it like to drive?

The results are... mixed. In the wet it shows up to the party, handbrake turning for the hell of it, sliding in then deploying the diff to claw its way out of corners and making one hell of racket absolutely everywhere. But in the dry it feels soft compared to the promise of its spec sheet, the delay between steering input and the front-end reacting is too protracted.

Those are the broad brushstrokes, but in the details it’s mostly positive. The gearshift snicks around beautifully, the driving position is trademark Mini with your knees somewhere around your ears and this wonderfully sense that you’re wearing the car not just sitting in it.

It teeters on a knife edge between brilliant fun and a missed opportunity. It’s refreshing, cheeky fun, don’t get me wrong. But while it feels raw and mechanical in some ways, it’s a bit too soft in others. It’s a bit confused, caught between being a luxury car and a track terrier. And that’s not the only problem…

Is this the bit where you tell us the price?

Correct. The four-seat version costs from £118,000, the two-seater starts at £130,000… and no, it’s not April the 1st. We already knew that David Brown’s Minis weren’t cheap, but £130k? That takes the biscuit, and once you know it you can’t forget it and therefore you start judging the car by a whole different criteria. Suddenly the retrimmed, off-the-shelf bits like the steering wheel don’t seem good enough. For that sort of money I’d want mine hewn from solid gold billet.

Hit or a miss then?

You can see where the money’s been spent on this thing, the craftsmanship is impressive and the idea is commendable… but it doesn’t deliver on the driving front enough to justify that potty price tag. The fact is you could have one of these or a brand new Porsche 911 Turbo, which means it’s being pitched directly at customers with more money than sense.

Here’s an idea: how about a David Brown Budget Edition, £30-£40k, fewer of the trinkets and a bit more attention on the chassis? Now that would be something.