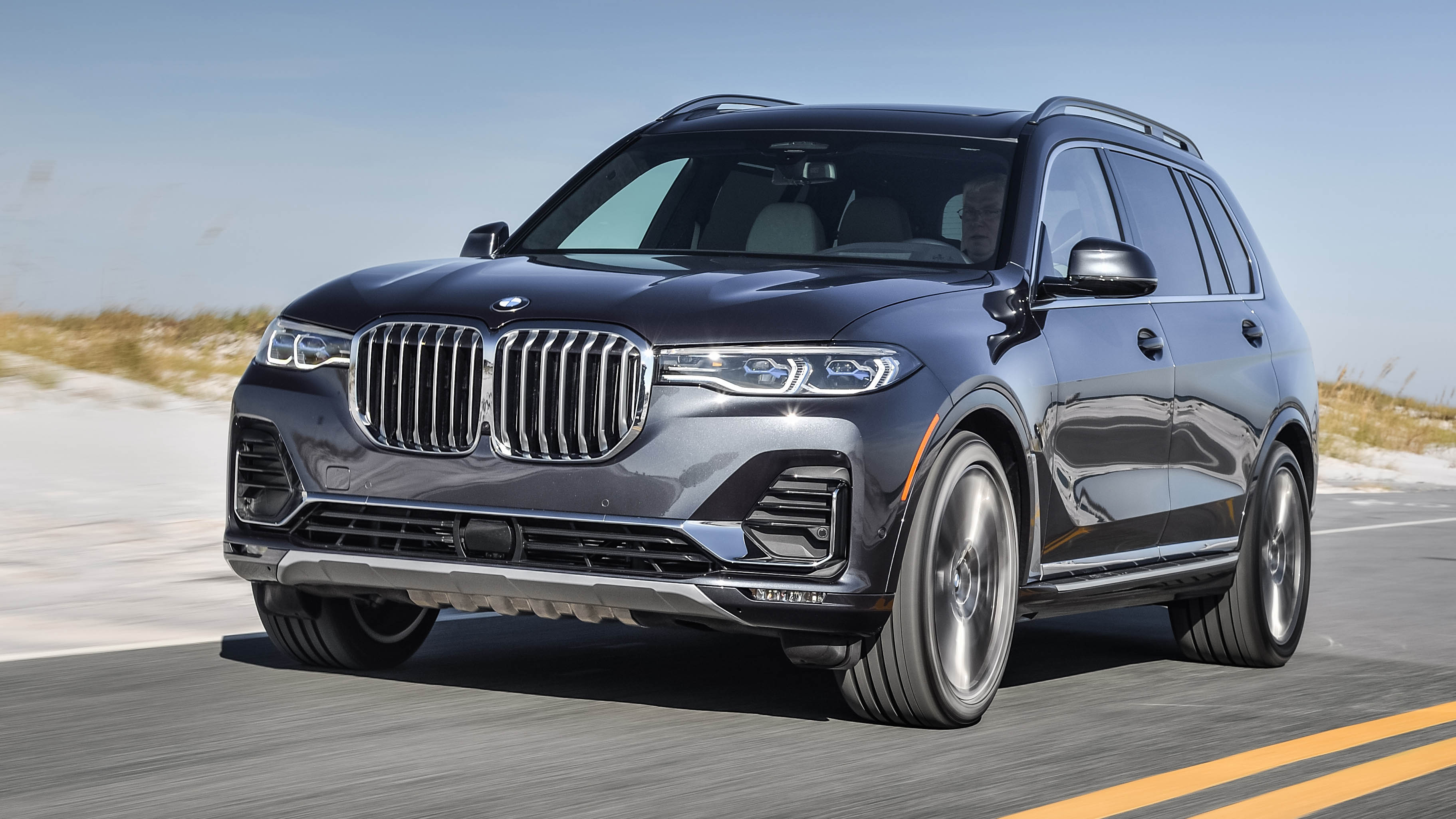 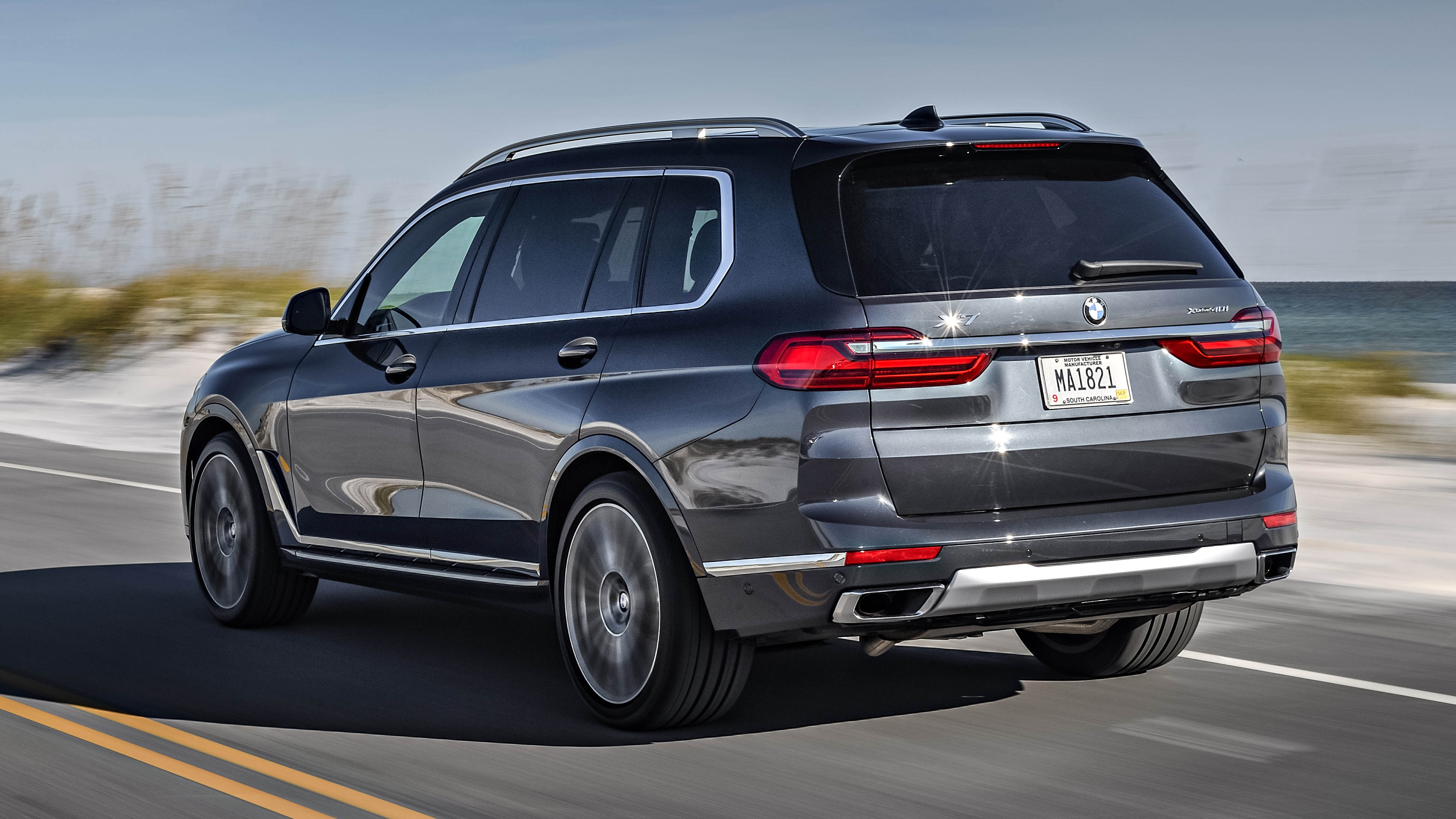 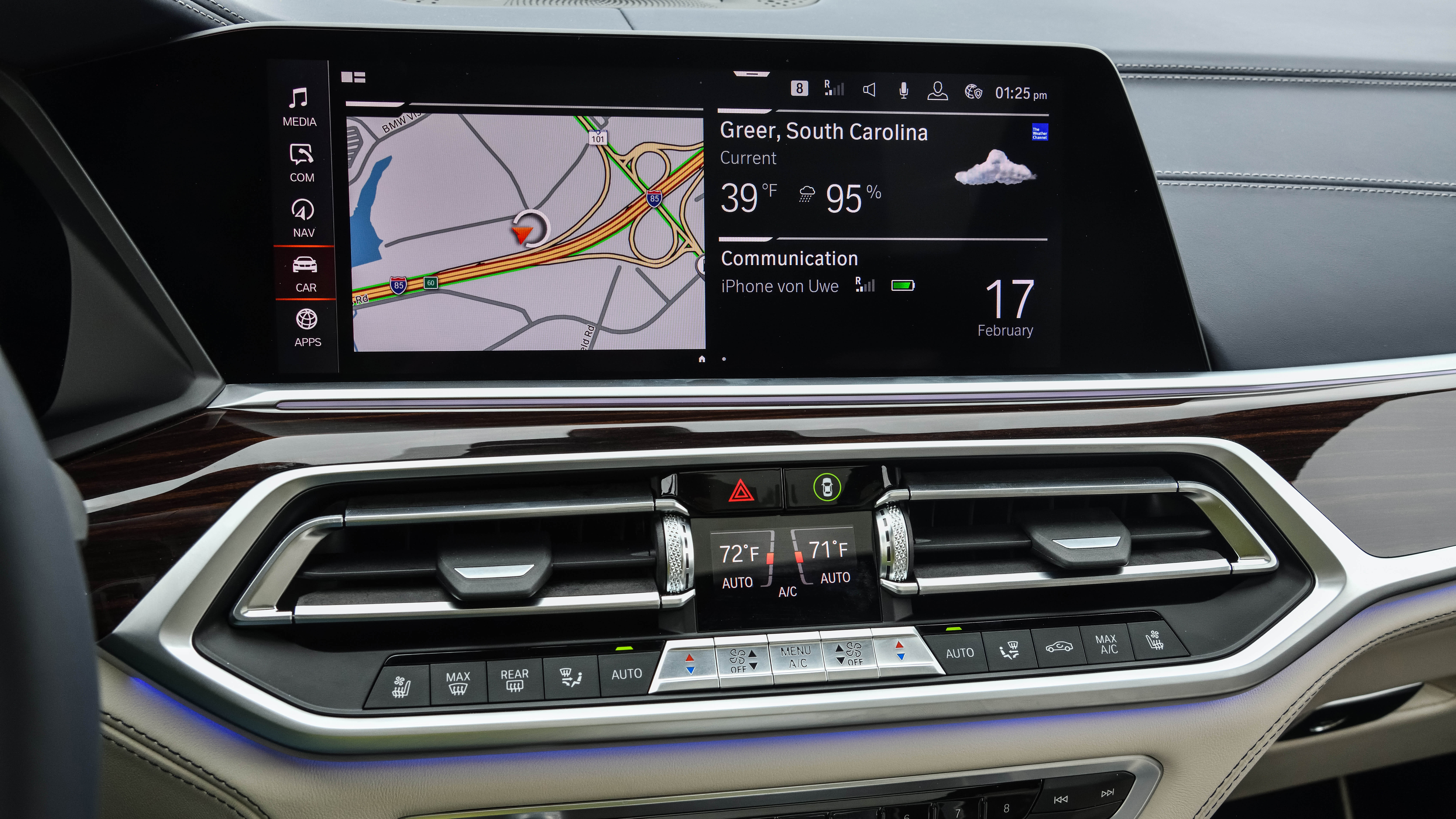 1 / 8
Advertisement
“Another superbly engineered and executed product from Munich, but a bit too much like being in a bigger, better-trimmed and better-equipped X1 ”

Refined, comfortable, easy to use, well-equipped, huge inside

Huge outside. Just a top-end BMW rather than a distinct luxury product

Have we reached peak grille yet? The X7 is BMW's biggest and most luxurious SUV, and it wants to be noticed. Even the BMW badge on the nose had to be made bigger to match this thing's outsize swagger.

It's not just about wedging in as many people as possible. BMW after all makes a cheaper seven-seater in the rather timid form of the 2 Series Gran Tourer. The car to take your gran touring in.

The X7 by contrast is about luxury. It takes themes from the facelifted 7 Series and the 8er, to make BMW's three-flagship fleet. They want us to see this top-end trio as a separate high-end luxury series.

As a clue, they add the strapline Bayerische Motoren Werke to all the advertising. Why? Because the fashion business often uses the full name for the top-end stuff (Paul Smith, Calvin Klein) and initials for the diffusion line (PS, CK). If you find this almost comically subtle, we're right with you.

But these aren't really a separate line. In design and tech, they're bigger, better, plusher BMWs. End of. If you like BMWs, that's fine; they polish up the brand. What the 8 Series and X7 don't do is provide the stand-apart specialness of an Aston Martin or Range Rover, a car the X7's project team call a rival.

Unlike the Range Rover, all X7s have three rows of seats. The middle row has the option of either a pair of plush individual thrones, or a three-seat split bench, making this a nursery-run charabanc of unparalleled luxury. Which no-one will use it for.

As usual BMW has thrown masses of technical wizardry at the chassis, so this truck-sized monster can perform surprising off-road feats. Which no-one will use it for.

The same technologies make it track-capable. Which no-one will use it for. (The M50d version, a 2,450kg diesel off-roader, equals the Nordschleife time of the V8-engined E90 M3. Yet more proof that a quick 'Ring time says nothing about what makes a driver's car.)

All of which makes the X7 sound vastly pointless. But do those abilities actually foster a sense of well-being and fathomless indomitability, or do they make it cumbersome and compromised?

“The X7 is BMW's biggest and most luxurious SUV, and it wants to be noticed”

It's another superbly engineered and executed product from Munich, by way of a factory in the USA. It's a fantastic mile-muncher, roomy and luxurious and refined. The ability on poor surfaces is a bonus.

All it lacks is specialness of ambience, a sense that you're not just in a bigger, better-trimmed and better-equipped X1.