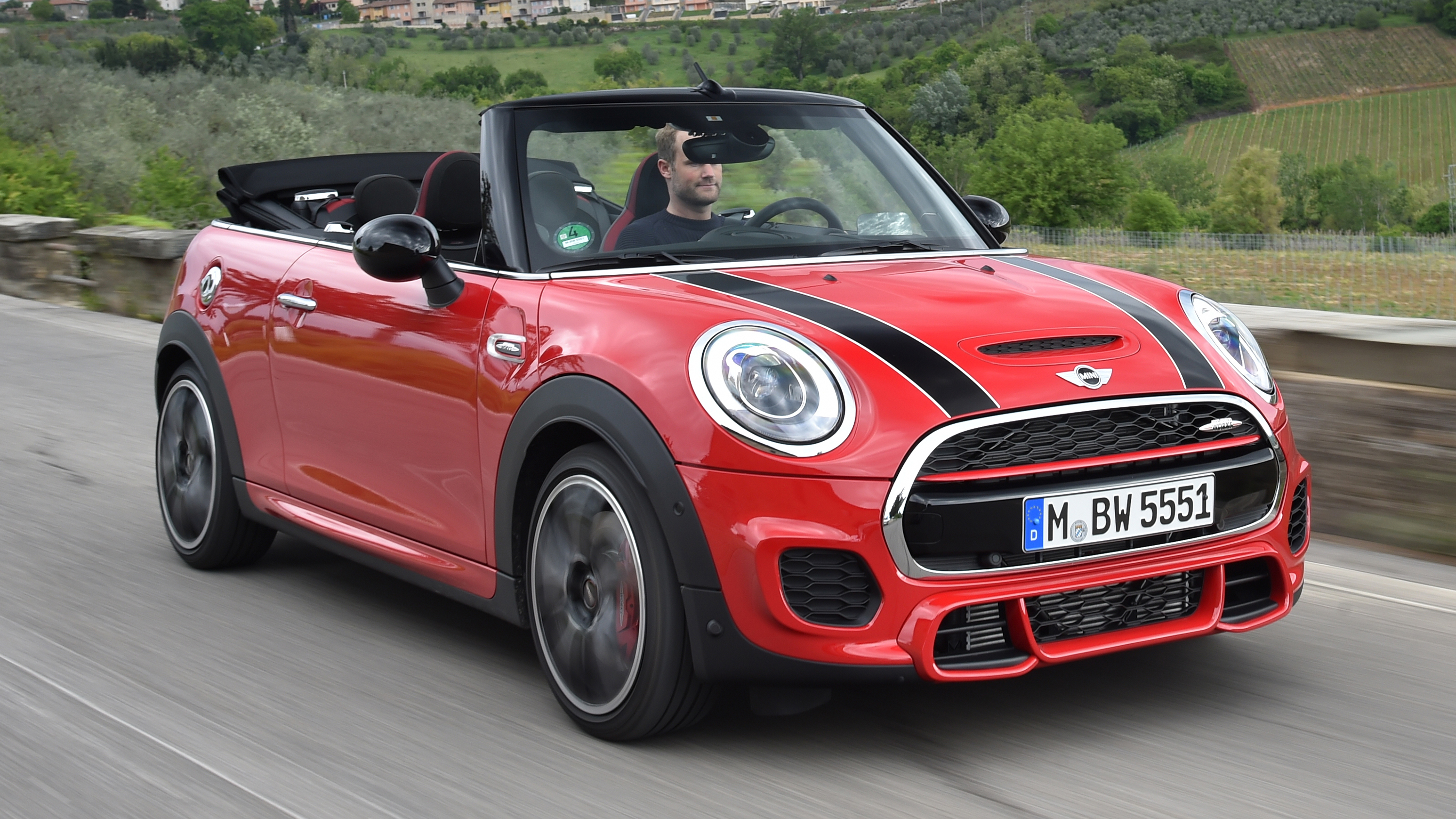 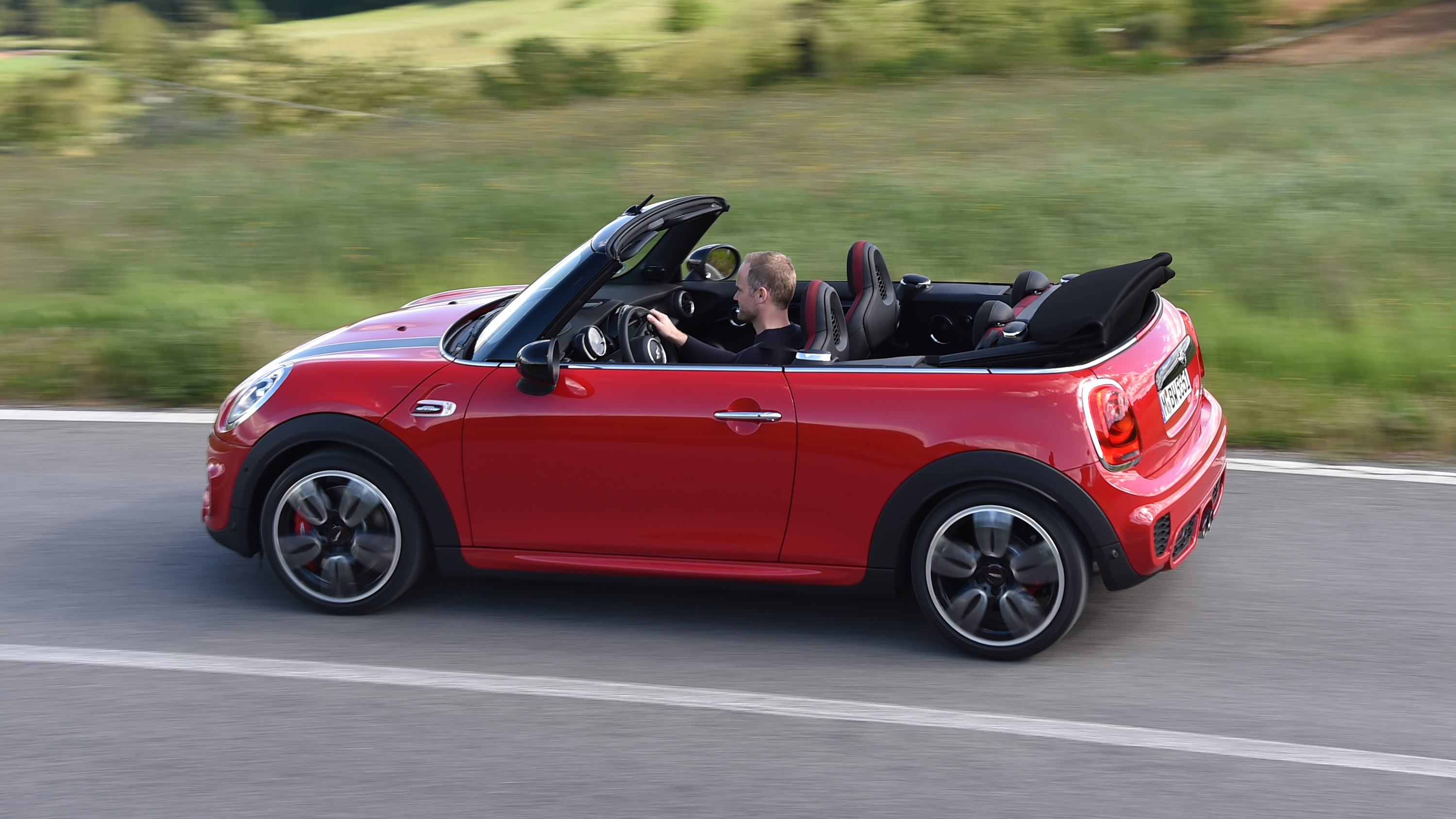 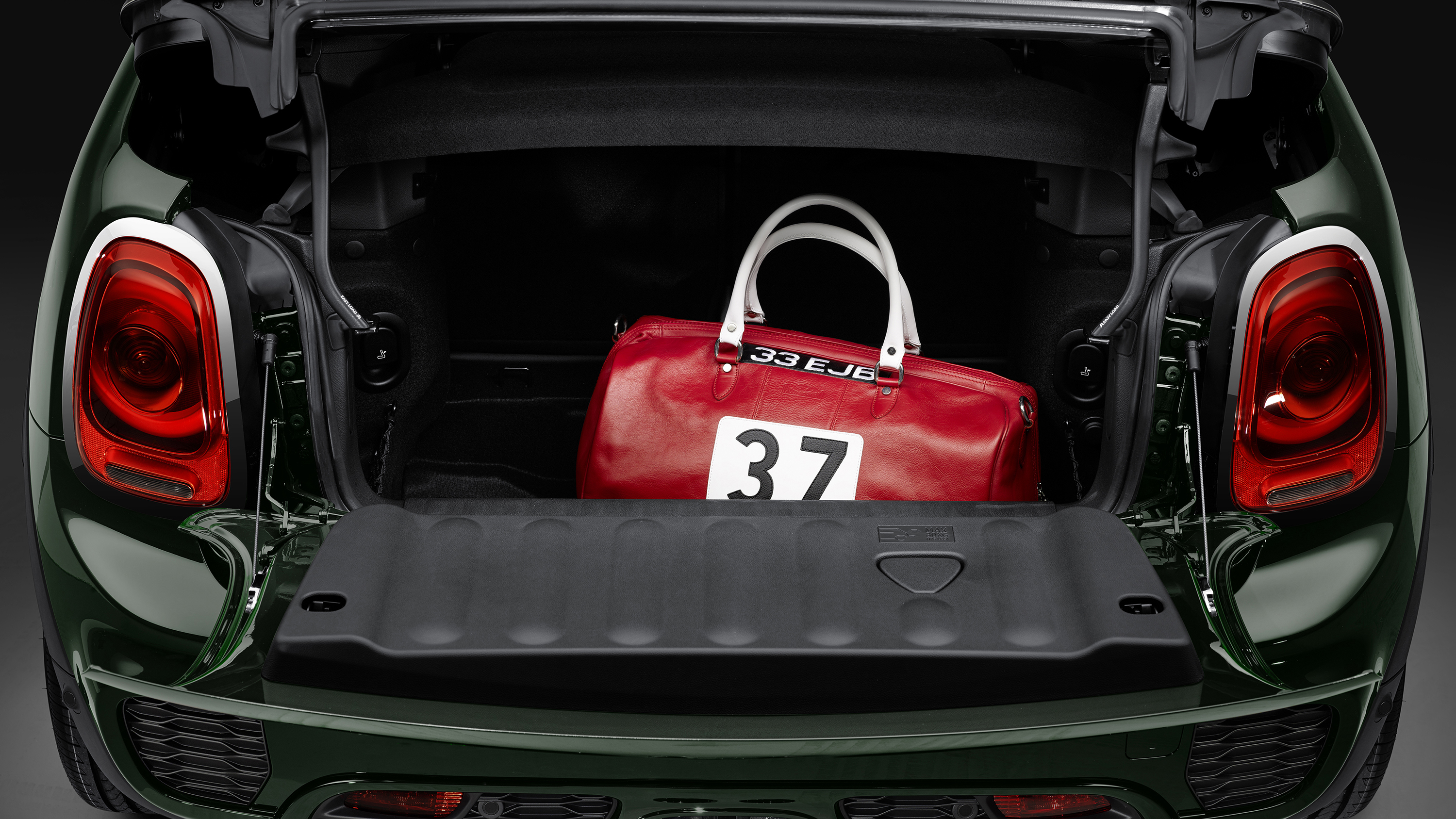 How many of those grilles are functional?

Very few. They’re attached to the new Mini John Cooper Works Convertible, which thanks to the 228bhp, 236lb ft 2.0-litre four-cylinder turbo engine it shares with the hard-top JCW, is the swiftest open-air Mini you can buy. In fact, it’s among the swiftest Minis of all time.

Just how swift are we talking?

The 0-62mph time is 6.6 seconds (or 6.5secs if you spend the extra £1,325 on the six-speed automatic gearbox) and the top speed is 150mph. The hard-top is a bit faster and a smidge more accelerative, but you won’t be able to tell the difference unless you hop from one straight into the other.

Weight. There’s 105kg more of it, and that’s down to all the metalwork Mini’s added (a stiffening plate under the engine, ‘selective optimisation’ of the side sills and torsion struts in the front and rear underbodies) to stop the JCW flexing and bending when the going gets bumpy.

A bit. The ride isn’t great anyway – ours didn’t have the adaptive suspension, which would improve matters – but when you thump over a pothole or expansion joint, you can just about feel the whole thing twist and flex, especially through the seatback, steering column and if you happen to be looking through the rearview mirror, the view through which very subtly betrays the different ways the front and rear ends are moving about.

Incorrect – it’s a bit of a laugh. First, with the roof down you’re more exposed to the exhaust note, which is infantile in the best possible way, popping on the overrun and with every shift. We know it’s not entirely real, but then neither is most television nowadays, and that can be quite entertaining too.

And it’s a Mini – so it handles really quite well, with sharp steering and an eager powertrain. We’ve not applied exact science to it, but reckon this being 90 per cent as agile and chuckable as the hard-top.

What else? The manual gearbox itself is good, but the throw is a bit long and the clutch bites within what feels like the first five per cent of its travel, which takes a bit of getting used to.

Talk to me about the roof.

It’s fully electric, and retracts in 18 seconds. That, plus other practical stuff like the size of the boot, is all in our full review of the Mini Convertible. Inside and out the JCW Convertible is the same as the hard-top, so you get the same excellent seats, quirky dash and mouthy bodykit.

No. Those who want a fast Mini are better off buying the hard-top, which is cheaper (the JCW cab tested here is over £32K – ouch – but prices start £26,630) and a better car all round.

If you enjoy driving and want the wind-in-your-hair thing, the Abarth 124 Spider isn’t much more expensive, but it’s just as rorty and, we’d say, prettier. If it’s an open Mini you want, we would sacrifice some speed and get a softer Cooper. Still fun, just not fast.