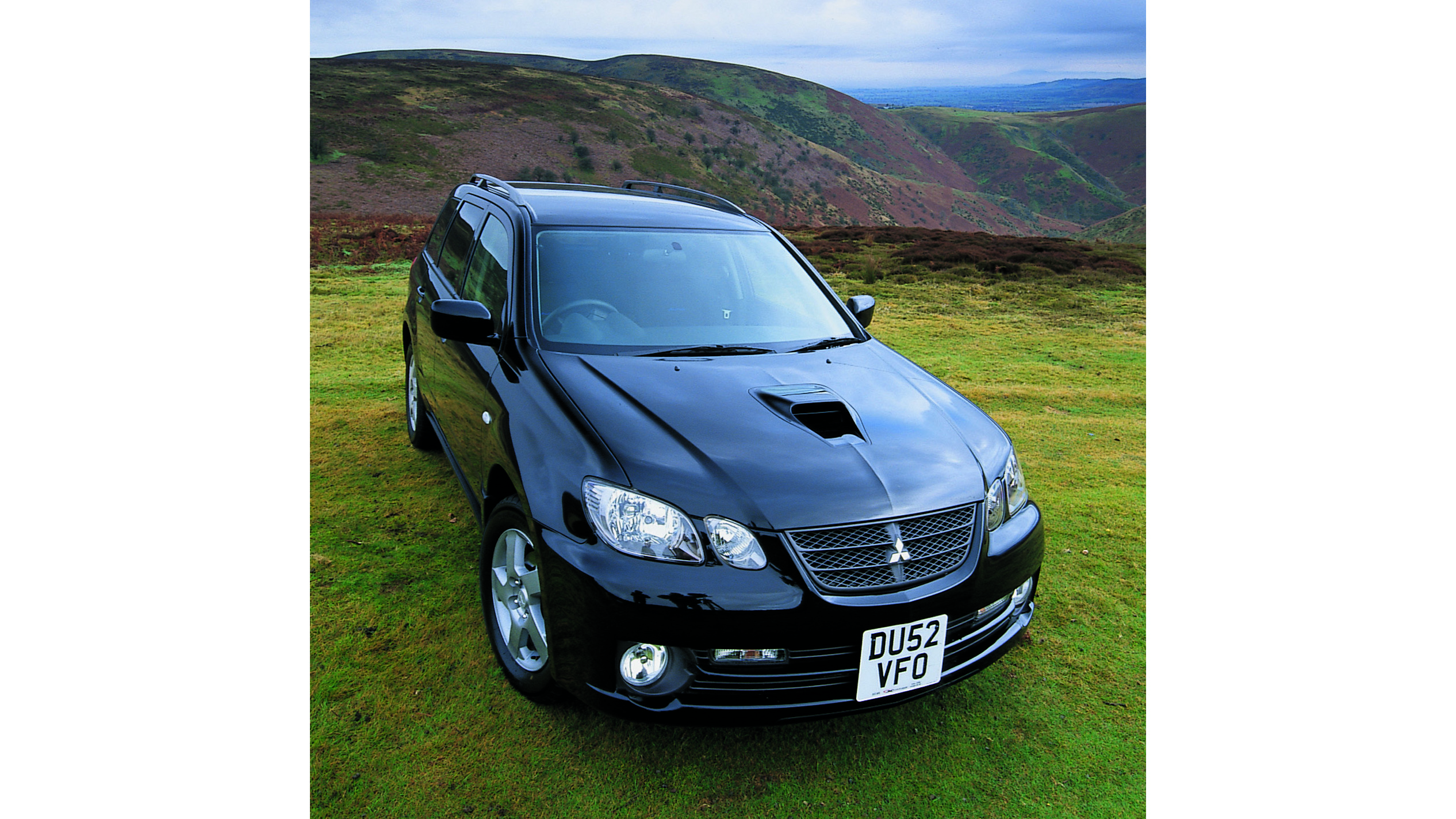 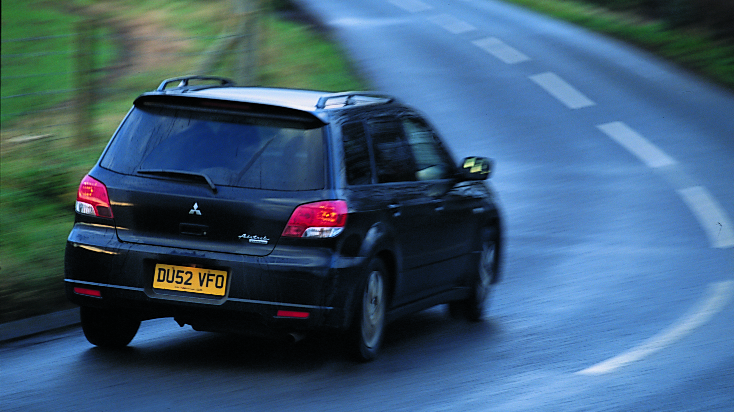 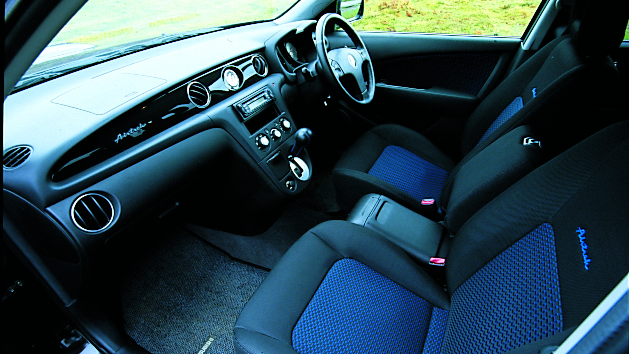 Crawling through the Dudley rush hour on a grey morning, I can’t help wondering what the Mitsubishi Airtrek Turbo-R I’m about to drive has in store. I’ve no idea – the Turbo-R badge hints at some go-fast potential, but is it an estate, off-roader or MPV?

All I know is that it comes from the same stable as the Lancer Evo, so it should be interesting. On first sighting, interest levels increase. With an aggressively styled nose and menacing bonnet scoop, the Airtrek looks every bit a performance car. But from the side, with the exception of black-tint windows, things are more normal, with smooth, non-offensive MPV-like lines. Sitting on 16in alloys there’s reasonable ground clearance, but it’s obvious this is no off-roader. Add on a few wings or splitters and the overall effect is surprisingly attractive.

Sold in the USA with a naturally aspirated engine and called the Overlander, it is, as the Americans say, an SUV – and a popular one at that. But this Airtrek is a different beast. Imported and sold by Xtreme Automobiles (formerly Ralliart UK) it has permanent 4WD, a 240bhp 2.0 turbo’d engine based on the Lancer Evo and a five-speed Tiptronic ’box. With a claimed 0-60mph time of 6.5secs and 253lb ft of torque at just 2,500rpm, performance should be unlike most SUVs.

Once inside, however, it’s only the carbon-effect trim and gearshift buttons on the steering wheel that tell you this is something a little different. The rest of the interior is simple and functional with the space you’d expect in an SUV. Leg and headroom are plentiful and, with a useful but shallow boot, the Airtrek makes a case as a comfy family car. Storage bins and twin cup holders between the front seats add to the practicality. But I suspect the Airtrek offers something more, so it’s time to leave Dudley and find some clear roads.

In traffic, with the gearbox in auto mode, the Airtrek proves easy to drive with light steering and a compliant ride, but it’s only out on open roads that the Airtrek’s Jekyll and Hyde nature comes to light. Flick the gearbox into Tiptronic mode (yes, really) and acceleration from 3,000rpm all the way to the 7,500rpm red line is fairly breathtaking considering the car’s proportions. Added to this is a super smooth gearchange in self-shift mode (though it tends to search for gears a little in auto mode).

Where the Airtrek really surprises is in the corner taking. Despite its size and comparatively lofty ride height, turn-in is sharp with little body roll. Mid-corner grip levels would shame some hot hatches and with sure-footed traction on the exit of corners you really do forget the Airtrek’s size. Throw in brakes which cope admirably and this is a convincing package. Although the steering is fairly light, feedback is OK at low speed and it is only at higher motorway speeds that it feels slightly vague. But on the main roads back to Dudley, the refined ride contrasts impressively with the way the Airtrek controls body motion on sweeping roads.

Colour is limited to silver or black, but you do get a three-year warranty. With the Airtrek Turbo-R not currently to be sold officially by Mitsubishi dealers in the UK, a £22,995 cheque made out to Xtreme Automobiles will buy you a practical performance car which will stand out from the crowd.

Verdict: different from the norm, practical and fast, but not to all tastes.