Read why you can trust our independent reviews
Charlie Turner
Published: 29 Jul 2017
comments
Skip 9 photos in the image carousel and continue reading 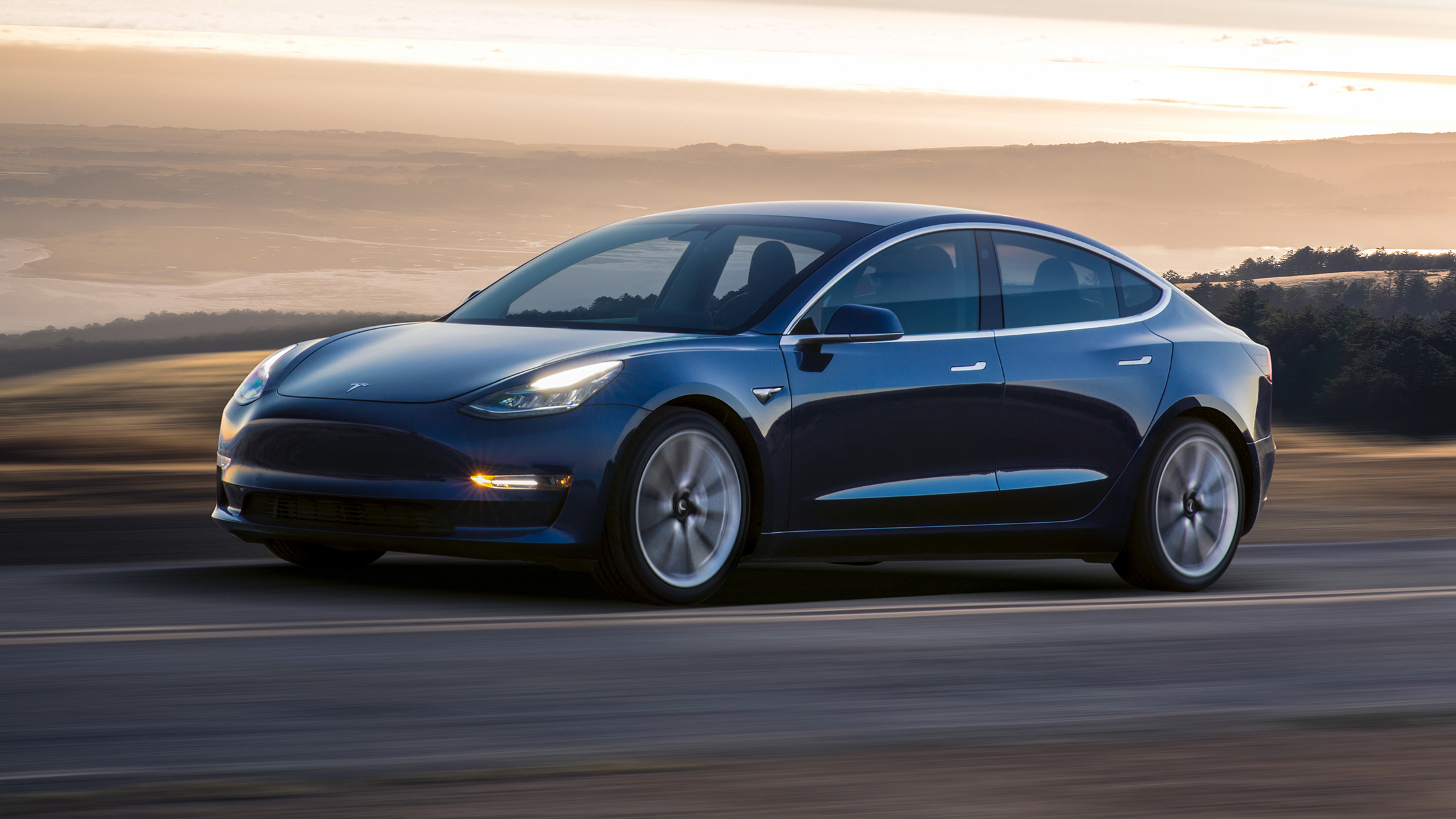 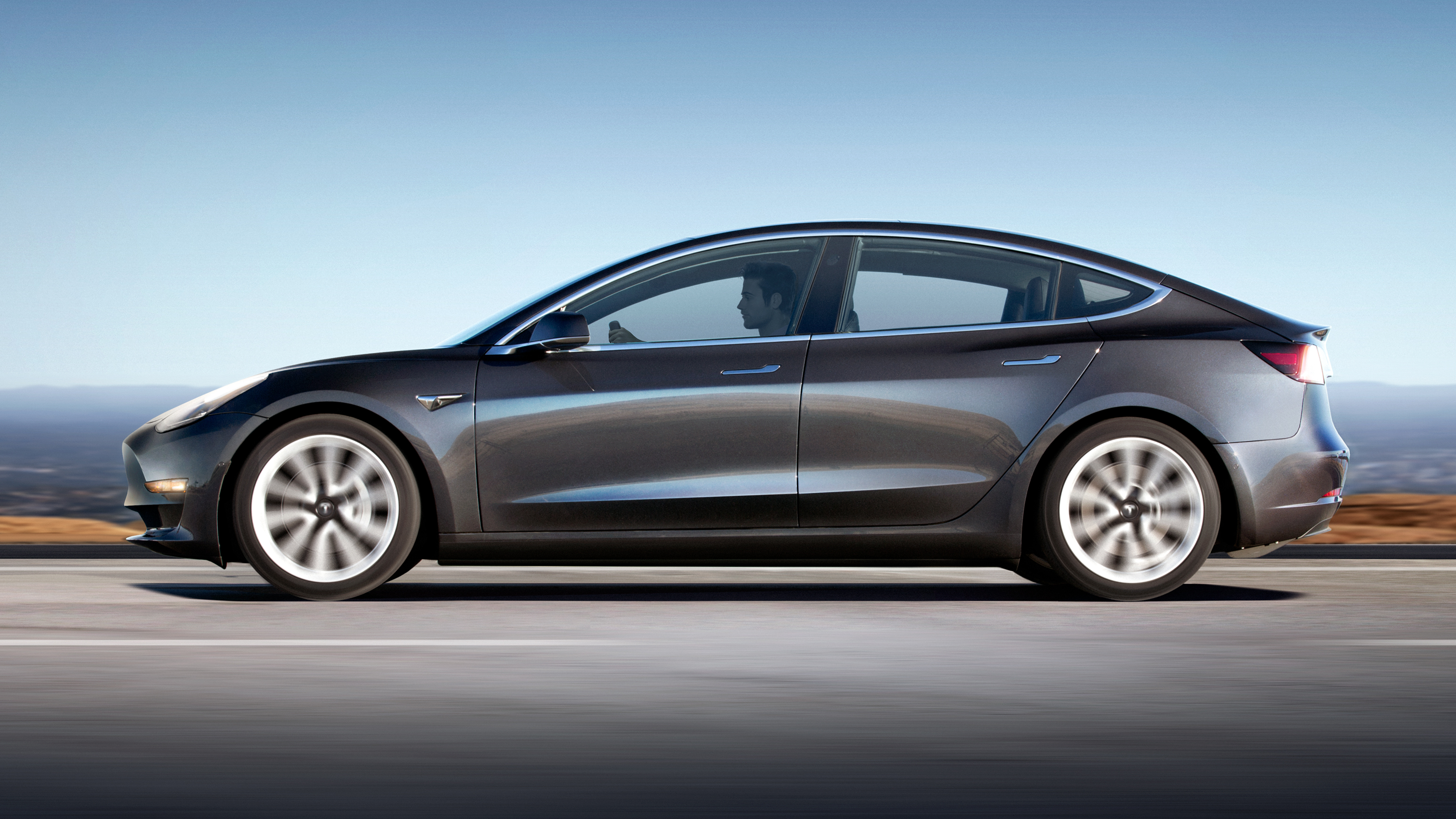 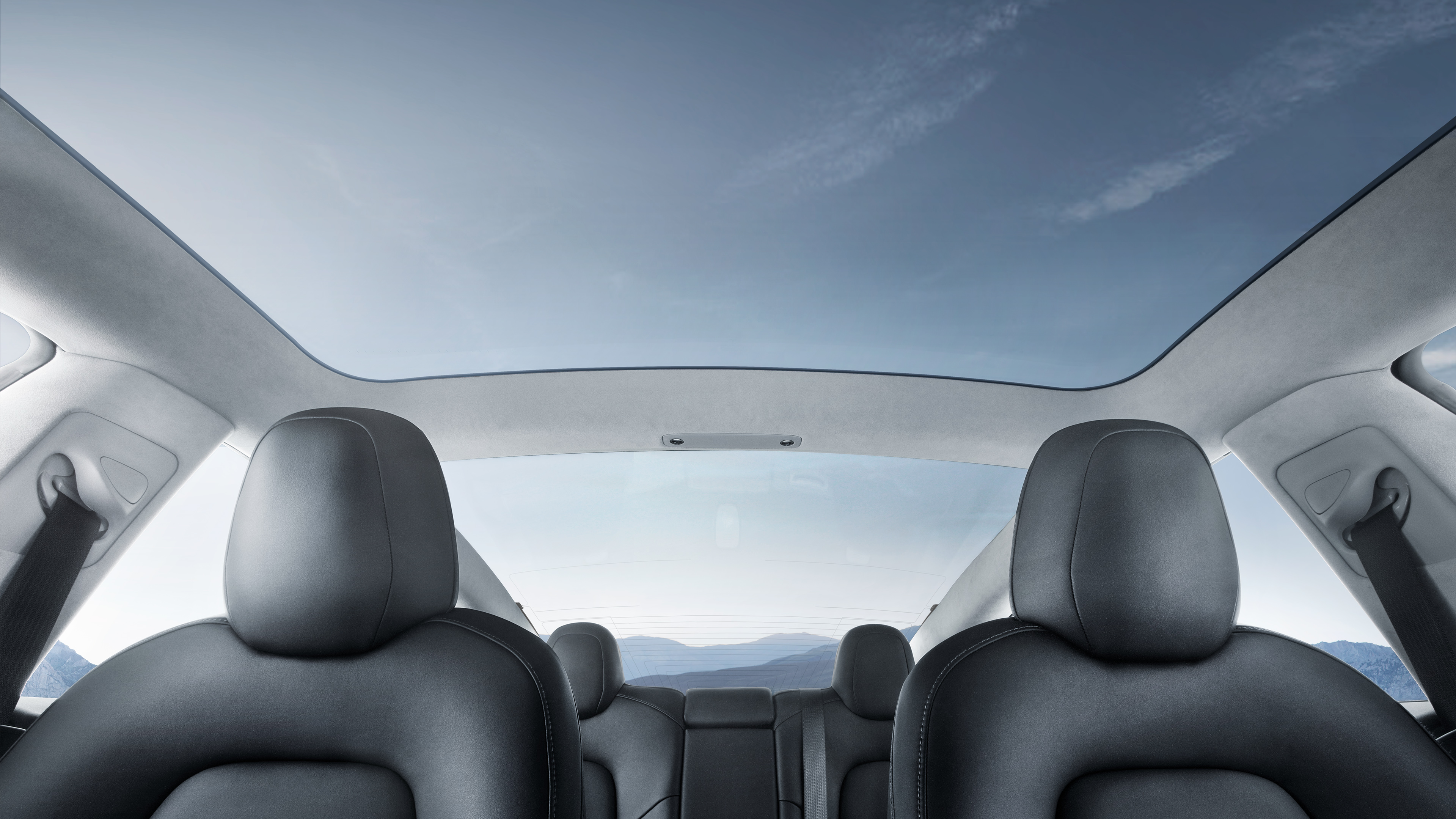 This is the Tesla Model 3, Elon Musk’s first foray into proper mass production and his company’s most affordable car yet.

Priced at $35k in basic form, it costs half as much as its bigger Model S brother And with a range of 310 miles, a 0-60mph time of 5.1 seconds and seating for five, it could be the car that starts the charge from internal combustion to EVs in the mass market.

Is it just a shrunken Model S, or more than that?

The Model 3 (which Musk wanted to name the Model E, to give him a range of S E X, but was foiled by the lawyers) is about 20 per cent smaller than the S, so think of it more as a BMW 3-Series/Jaguar XE alternative.

Initial deliveries will be of a rear-wheel-drive model offered in two specifications. The standard car starts at $35k, will do 220 miles on a charge, hit 60mph in 5.6 seconds and top out at 130mph.

The Long Range version which starts at $44k, is good for 310 miles, 0-60mph comes up in 5.1 seconds, and it has a 140mph top speed. Dual-motor AWD versions will follow later in the year, with performance derivatives some time in 2018.

Whereas the Model S and X are predominately constructed from aluminium, the 3 features greater use of steel but still weighs in at 1,609kg (in standard spec) in comparison with the base Model S at 1,961kg.

The exterior design is in line with the rest of the range, and with aesthetics being largely subjective, I’ll leave you to draw your own conclusions. Personally I’m not 100 per cent sold on the looks, as it feels like it’s lost something in translation from last year’s concept to production.

There are some nice design features, though – the roof and rear screen are one continuous piece of glass, providing greater headroom in the back seats. More importantly, the lack of cooling intakes in the front and the overall simplicity of the design (batteries requiring less cooling than any internal combustion engine) make the Tesla very aerodynamically efficient. Its drag coefficient of 0.23 (a BMW i8 is 0.24) should help eke the most out of the range on motorway runs.

Give me some ludicrous numbers.

With the early cars being rear-wheel-drive, non-performance derivatives, the usual Tesla internet fodder of supercar-slaying performance figures aren’t that evident. More staggering are the numbers of people queuing up to buy one. In the first 24 hours following the announcement of the Model 3 last year, Tesla had taken 180,000 reservations; in 48 hours, that figure rose to 232,000; in the first week, the number hit 325,000, delivering potential sales revenue of $14bn.

Musk says the current order bank sits at “over 500k, and that’s without us really trying to sell it – we don’t advertise”. All of which must make terrifying reading if you’re the CEO of a more ‘traditional’ car manufacturer.

Can it drive itself?

Yep, like the rest of the Tesla range, the Model 3 features the Autopilot system, which is capable of fully autonomous driving. But to benefit from the full capability, you’ll need to tick the Enhanced Autopilot ($5,000) and Fully Self Driving Capability ($3,000) options.

Do that and the latest iteration of Autopilot fitted to the Model 3 will have the ability to handle motorway intersections, Autosteer+ will pilot you down more complex country roads, and Smart Summon will allow the car to leave your garage and navigate its way around to your front door.

But there’s a caveat in the Tesla small print... “Please note that self-driving functionality is dependent upon extensive software validation and regulatory approval, which may vary widely by jurisdiction.” So while the Model 3 is clearly capable of keeping Tesla at the forefront of the autonomous revolution, legislation and software approval are holding it back.

Does it still have a steering wheel?

Yes, while it’s questionable how long it will remain a feature of future Teslas, for now the interior is a minimalist dream but still features all the conventional controls you’d expect. The Tesla team went to lengths to explain that the Model 3 has been designed to simplify everything from its construction to its operation.

Gone are the Model S’s projecting doorhandles in favour of nicely crafted aluminium ones that project manually like those on an Aston when you poke one end. Open the door and slide in, and the interior is beautifully simple and uncluttered. The steering wheel features two buttons that adjust everything from the traditional (volume, radio frequency) to the more unique (door mirror adjustment and steering wheel positioning).

It’s a smart approach and highlights the thought that’s gone into the simplification of the cockpit, but not at the expense of functionality. The main focus of the interior is the 15in horizontally mounted LCD screen which displays all information, from speed, gear selection and autonomy functions on the left to large-scale navigation and connectivity on the right, and is configurable in myriad ways to personalise your interaction with the car.

Our short foray highlighted that the Model 3’s quoted 0–60mph time of 5.1 seconds might be underplaying its performance

The car we drove was a Long Range model with all the options list ticked, including the Premium Upgrade Package, featuring leather seats (base models come with fabric), a wooden dash inlay panel that spans the width of the cockpit and the aforementioned glass roof that infuses the interior with a huge feeling of light and space. It’s all simple, elegant, uncluttered and nicely crafted. Before we set off, I jumped in the back and with the driver seat positioned for my 6ft frame, there was still plenty of room in the back for three adults.

So, did you get to drive it, or did it drive itself?

Well, both actually. We were at an event celebrating the handover of the first 30 production cars to employees and other early adopters, but managed to somehow persuade Elon and his team to let us have a go. We were sent out in batches of four for a limited drive on the roads around Tesla’s Fremont factory.

I was fortunate enough to be in the first group, but the guy in front was clearly suffering from stage fright, so I pulled out and set off, making me the first journalist in the world the drive the Model 3... Nice.

My co-pilot was Jérôme Guillen, who was the project lead on the Model S and is now currently working on Tesla’s Semi (autonomous lorry) project and whose actual car we were driving. No wonder he looked nervous.

Our short foray highlighted that the Model 3’s quoted 0–60mph time of 5.1 seconds in this Long Range spec might be underplaying its performance a bit: it’s rapid, and the acceleration is delivered with that lovely linearity and unwavering torque that EVs deliver. The overall feeling of peace and quiet is helped by the minimalist interior but by impressive sound deadening and insulation – the road noise is minimal.

The steering is meaty and positive, but beyond that, on such a short drive, the overall impression was that it delivers a very similar driving experience to the Model S or X and stays true to previous product dynamics.

Our brief excursion also allowed us to test the Autopilot, a system that still feels like witchcraft. The levels at which the car is capable of processing information are staggering and, if we’re honest, it’s clearly concentrating a lot harder than most of us do after a hard day at the office. One day, the legislative world will catch up with the brains trust developing these systems, and we’ll be able to experience the full capability of what Autopilot can deliver.

For now, though, it will happily allow you to take your hands off for as long as it knows what’s going on and can read the road; if it doesn’t, it warns you to place your hands back on so it knows you’re not asleep.

So how much, and when can I actually get my hands on one?

While the headline starting price of $35k (before subsidies) for Model 3 early adopters in the US looks attractive, our analysis of previous Tesla pricing between the US and UK has the Model 3 weighing in at a starting price of £31k. If the £4,500 government grant for zero emission vehicles remains in place when the first cars arrive in the UK in 2018, then you’re looking at something of an EV bargain, but get busy with the options boxes and the maths becomes more challenging.

Having spent some time in the Tesla bubble, what’s clear is that the radical thinking and desire to disrupt the automotive landscape epitomised by Elon Musk remain undiminished.

With the handover and presentation of the first Model 3s done, now the hard work begins as they try to ramp up to delivering half a million cars a year. At the same time, 2018 sees Musk’s Space X project due to launch its first cargo mission to Mars, a planet he has previously mentioned wanting to colonise by 2040.

The fact that Elon plans to be living on a distant and inhospitable planet by the time the UK government aims to have banned the internal combustion engine is a perfect articulation of the disparate scope of the various ambitions. The Model 3 is a significant milestone in the Tesla story and could leave others trailing in its wake if they can deliver against the insatiable early demand for it – a challenge that cannot be underestimated, but one that given previous history you wouldn’t bet against them delivering.