Read why you can trust our independent reviews
Top Gear Team
Published: 02 Jul 2019
Skip 20 photos in the image carousel and continue reading 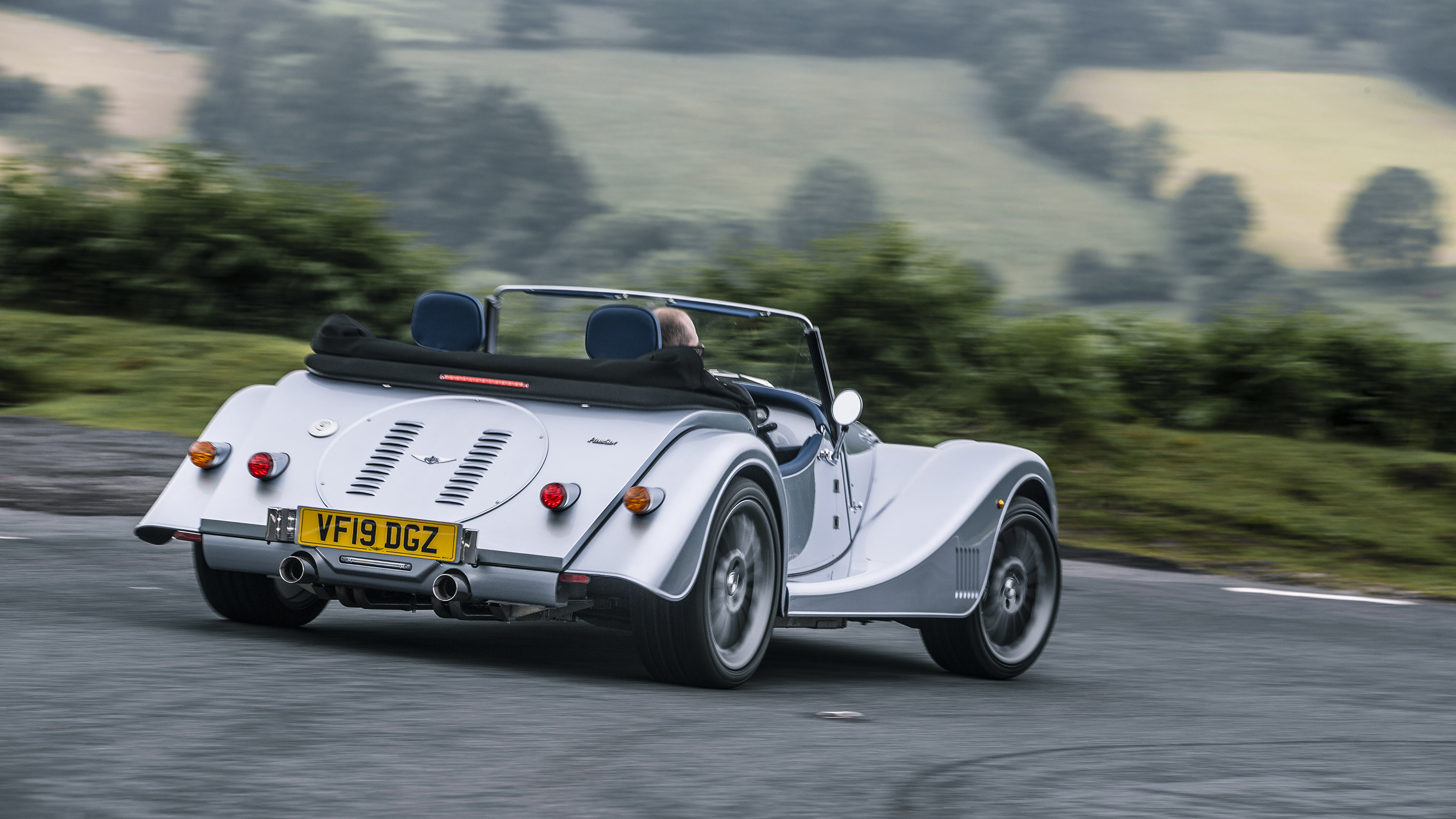 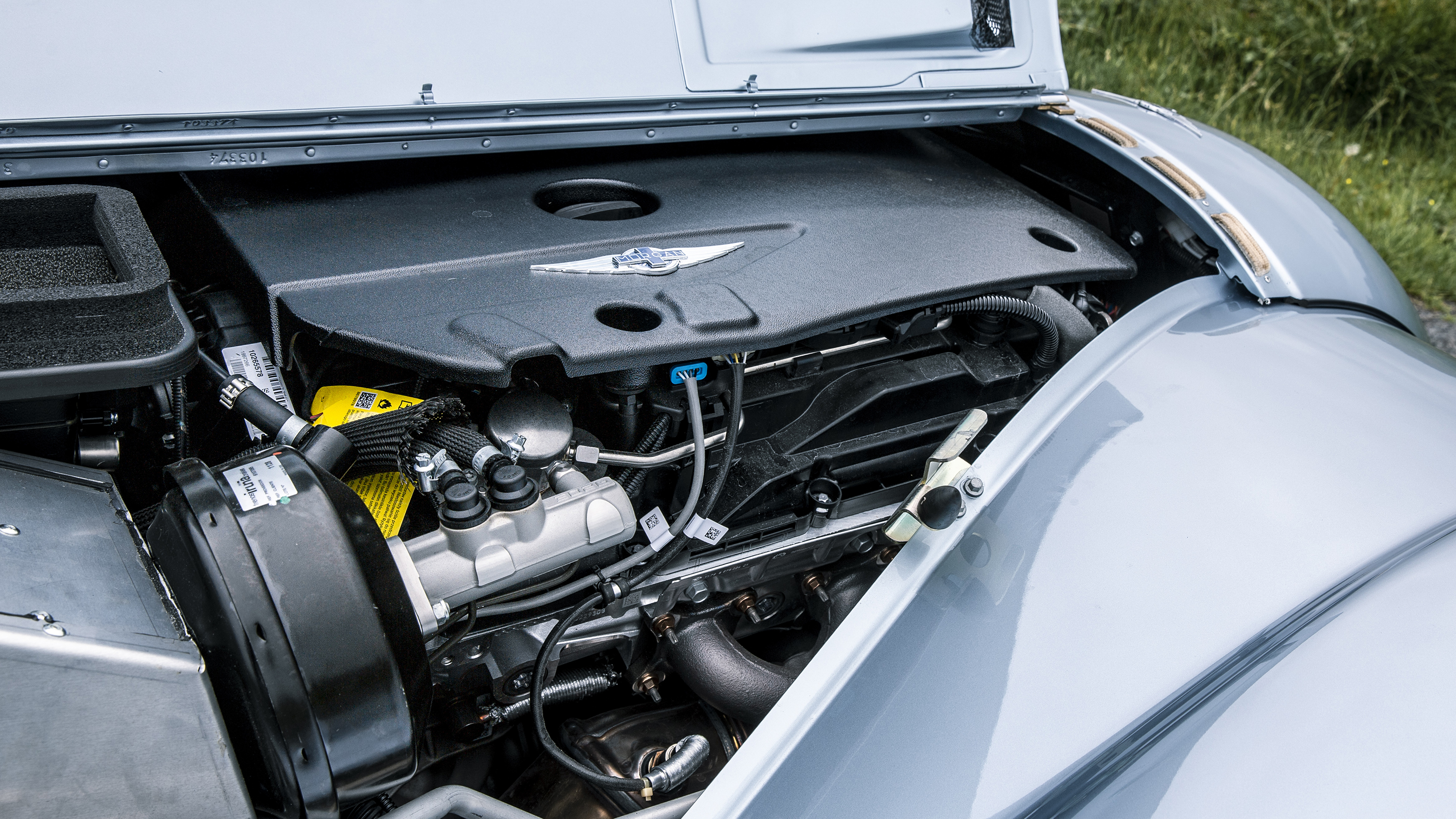 1 / 20
Advertisement
“A genuinely modern Morgan; a wild and wonderful sports car that's more liveable than any of its forebears ”

More room and comfort than ever, but still a handful when you want it to be

Fewer idiosyncrasies do eat away at its character. Just, mind

An entirely new Morgan. Seriously. It may look like almost every four-wheeled car in the company’s history, but this is a clean-sheet design, and every component – bar the metallic stoppers that keep the bonnet shut – is completely fresh.

One of the biggest headlines belongs to the powertrain. Where the outgoing Plus 8 used a 4.8-litre V8 from a bunch of old BMW saloons, the Plus Six utilises the same 3.0-litre straight-six as the new Z4 and a little-known, barely hyped sports car called ‘Toyota Supra’. It drives the rear wheels exclusively through an eight-speed automatic gearbox. It hits 62mph in 4.2secs on its way to a 166mph top speed.

Yep, this is Morgan’s first ever turbocharged car, but despite the introduction of monstrous low-down torque, the Malvern company hasn’t fitted any of the traction control or mollycoddling stability systems you’ll find on the Z4 and Supra, with ABS the only technology you might call 'assistance'. When you consider the Plus Six weighs just 1,075kg, too – over 400kg down on its engine buddies – then you have the recipe for quite a boisterous driving experience.

The headlines continue the more you poke around the car. While the styling and proportions are classic Morgan, the platform and suspension are completely new and there’s even electric power steering. This is a box of bits that, in time, will handle hybrid, electric and autonomous technology. It’s a futureproof chassis in its mere infancy with a conventional petrol powertrain on board.

This is also a Morgan to accommodate all shapes and sizes, tight cabins having limited the company’s sales in the past. While there are still no airbags up front or safety systems beneath, sops to modernity include a digital speedo, automatic lights and – crivens! – a seatbelt warning bong. The Morgan aficionados will be spitting out their CAMRA-approved ales in disgust.

They’ll probably disapprove of the remote central locking, too, even if it does now mean you avoid a back-breaking stoop as you waggle a key in a fiddly lock. But right at the moment they dismiss this as a Morgan for millennials, a classic car experience with all of the effort ironed out of it, they’ll get to unlatching the roof and removing the window panels. Several scuffed finger ends later and all will seem right with the world again. A removable hard top will arrive as an option, too, just for a bit more physical effort before and after each drive.

But how physical is the bit in between? Read on to find out... 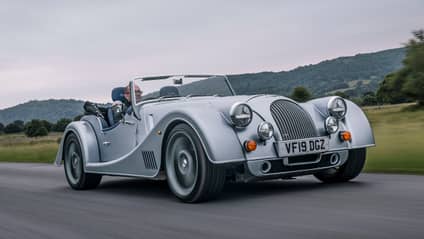 First impressions are of a Morgan that’s been emasculated, the company’s famed dynamic foibles and ergonomic quirks steamrollered by a car that’s borrowed an unexpected amount of liveability from its BMW engine donor. You won’t feel like that for long, though. This is a Morgan that feels precise, honed, poised. Like it’s actually been developed. By an engineering team. Madness.

It’s almost a shame it looks so familiar, as it deserves the attention it might miss from those who dismiss it as another anachronism. Braver designs will follow on this platform, and you probably can’t blame Morgan for playing things safe initially.

This also feels like the car to sate the need of anyone twiddling thumbs waiting for TVR to launch the Griffith. It exhibits a wonderfully wild streak when you really grab it with both hands and go for a drive, one that might satisfy and scare you in equal measure. But the car sings entirely to your tune, and it’ll settle back down to being a calm cruiser whenever you ask it to.

It’s pricey, and its fiddly roof and lack of screens inside automatically separate it from the regular sports car crowd. Despite its settled demeanour on a long drive, this still feels like a fair-weather friend rather than everyday wheels. But would we have a Morgan any other way? The Plus Six is a car that’s been sanitised just enough. We’re pretty smitten.